News
17 September 2020
Erico lost his life while attempting to save Nelson.
Subscribe to Watch

If true friendship was a person then Erico fits the title perfectly. When his character was introduced on Selina, he was one of Messina’s henchmen and was tasked to kill Nelson. Instead, a friendship developed between the two and he ended up helping Nelson to defeat Messina – and in the end, it cost him his life.

Here’s how the audience reacted to his demise:

my kids are still asking me kama ni ukweli?? 😪😪

It was sad seeing Erico dead. You made it look like he actually left you.
The climax was how Mesina died, 😂😂. She couldn't go into the pool with her handbags😂. Alafu anasonga ndio anguke kwa pool 🤷‍♀️

Hey Chichi!,my children are so sadly emotional that Ericko,leave alone Mezina and the oti Nelson fake are dead!

But just who is the man that brought Erico to life on Selina? We recently caught up with him and this is what he shared with us:

Please give us some background about yourself, who you are where you grew up/ went to school.

My name is Abubakar Mwenda and I’m the first born in a family of four. (Two sisters and a  brother. Both our parents are deceased).  I was born and partly grew up in Taita Taveta County, Sagalla Division. I later moved to Nairobi and attended my primary education at Langata Barracks Primary School and then Moi Forces Academy for my Secondary education. I later joined Mombasa Technical University (Mombasa Polytechnic).

How did you get into your acting career and eventually being an actor on Selina?

I have loved and enjoyed theatre and acting, since my early years in primary school. I was always there, leading the drama and Debate clubs.  I remember my first professional acting experience; it was at Miujiza Players in Meja Mwangi’s play ‘The Plague’.  I played a character called Big Youth.  Interestingly, I hustled  to be given the chance to get a ten-minute audition slot, for a whole year.  It was worth it-because I got the privilege to share the stage with seasoned professional actors including Carol Odongo, Cajetan Boy, Packson Ngugi, Nick Njache,  Hellen Keli and Telly Savallas Otieno among others.  Things weren’t so smooth then but thanks to God for forging new opportunities and  helping me put all the effort I could to sharpen my skills  as I moved from working with one theatre group to another. This includes Mbalamwezi Theatres, Phoenix Players, Dance Into Space, Visions Theatres, Sterling Quality and Braeburn Theatre amongst others.

I diversified in my acting skills and moved on from stage and theatre work to experimenting on Radio theatres and TV drama series and eventually onto acting on film. Finally I also got the opportunity to be in Kenya’s first telenovela Kona and then - on Selina. 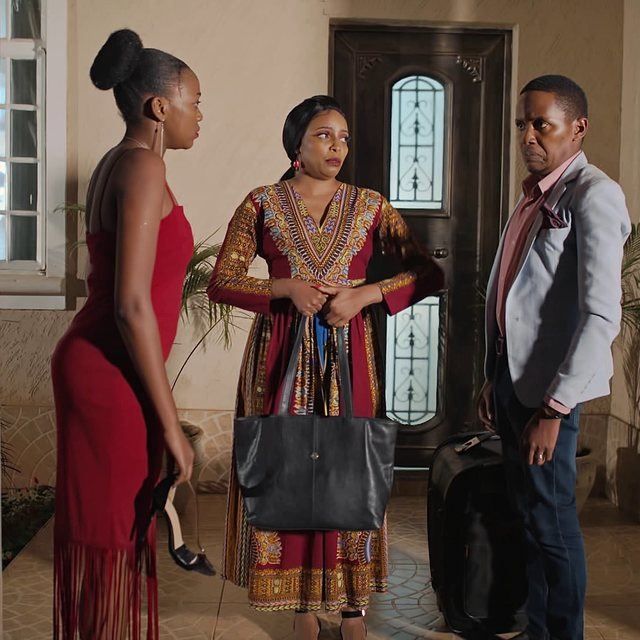 How did you get to act on Selina?

When I first saw Selina on screen, I kept wondering how come I didn’t hear about the auditions. Little did I know that God still had more miracles lined up for me. Late last year, I was called for a closed audition on Selina but I didn’t get the part. I remember giving up and saying maybe I wasn’t meant to be on Selina. Then come April 2020, when I least expected, the opportunity to audition for Erico was presented to me and two or three days later, I got the good news that I’d been cast  for the role. The rest is history.

Who is your favourite character on Selina?

My favourite character on Selina is Nelson.  I love his storyline and how he handles situations. Just when you think he’s hit the wall, he finds that small opening to create a way out. I also enjoy how Pascal Tokodi  plays the character; how he fleshes out Nelson’s character and brings it to life.

Tell us 5 things we don’t know about you

Erico left his sister Chichi behind. How will she cope with the loss of her only family member? Follow the drama on Selina every Monday to Friday at 8:30 pm on Maisha Magic East Channel 158 and GOtv 4 to find out.