A wedding with a difference — OPW

News
29 August 2019
Giselle and her family moved to Kenya after the dreadful Rwanda genocide in 1994 and met John at the university.
Subscribe to Watch

Giselle and John met in 2013 during a church fellowship organized by the university that they both attended. John at first noticed a Rwandese name that he could not pronounce in his list of church team members and decided to find out who the person it is. They met briefly and later met at another church event, where their friendship began. 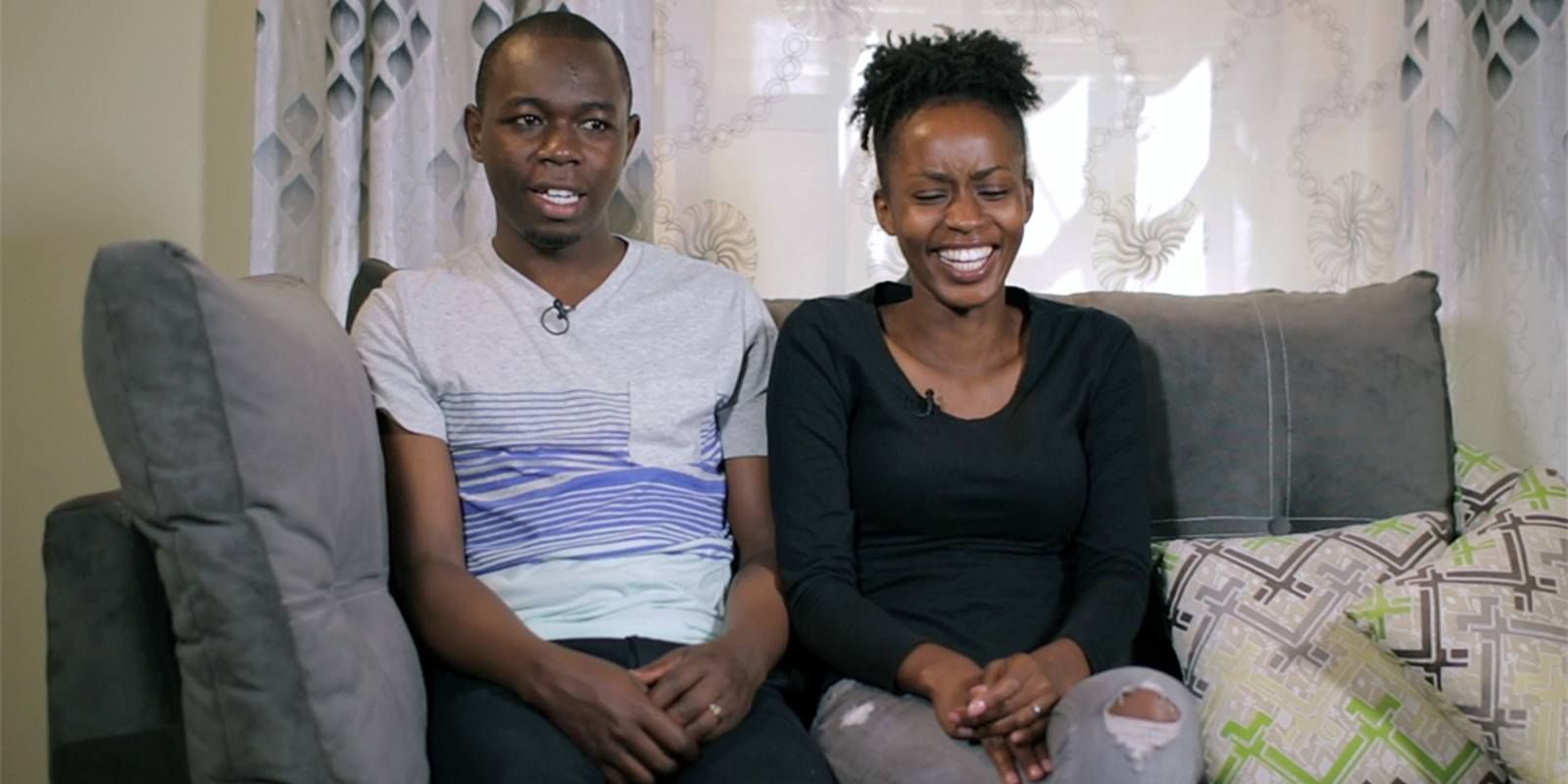 Giselle was drawn by how caring John was as he always encouraged her and helped her with school work. Gisele found a friend in him and after he said the first ‘I love you’ it marked the beginning of their relationship. Gisele strongly believed in marriages and she was hoping to find a husband in Kenya, on the other hand, John was raised in a Christian family and he also believed in doing things the right way. 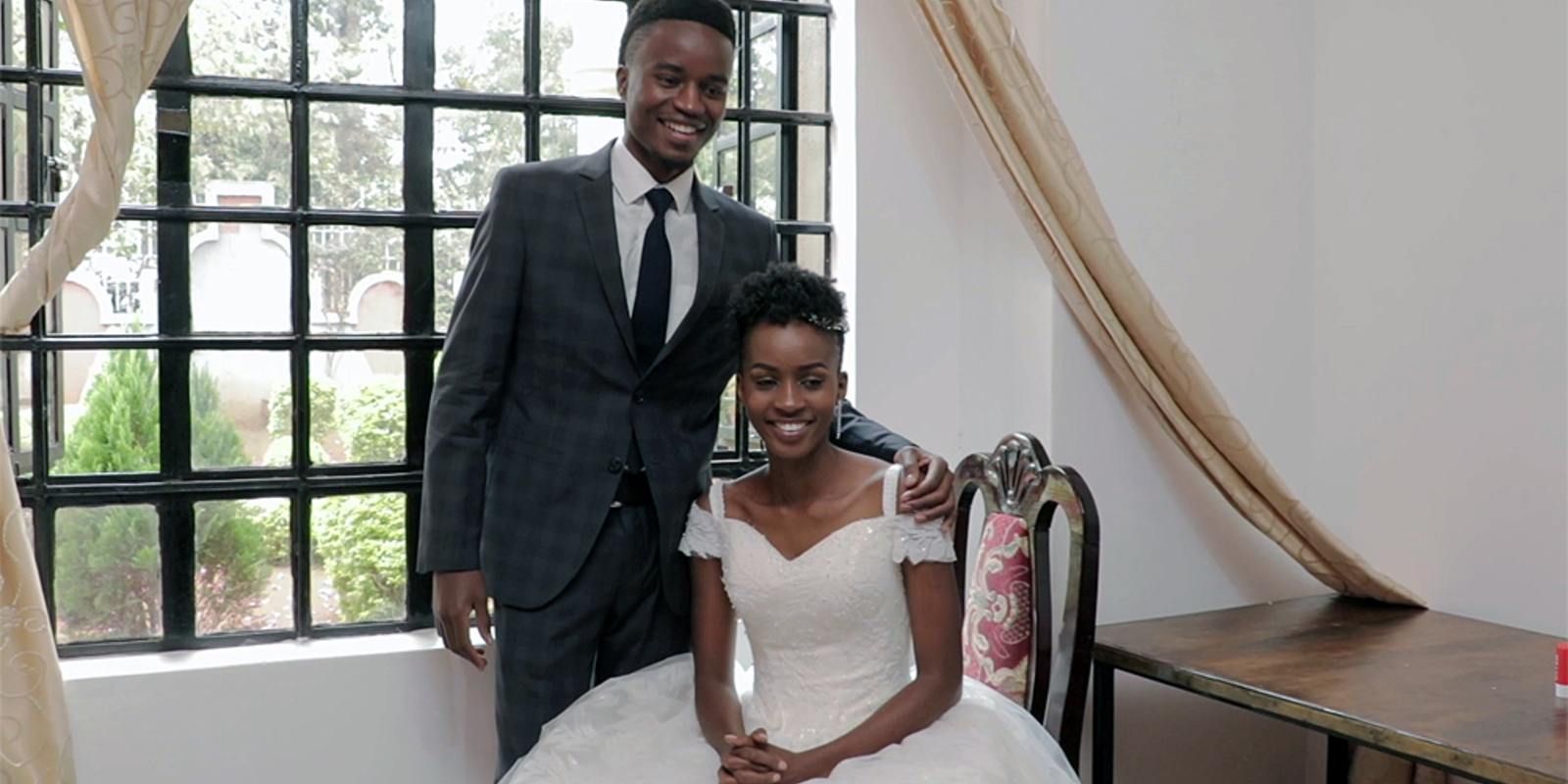 Giselle and her family moved back to Rwanda and John made his way there to seek her hand in marriage. Though he never proposed officially with a ring, Gisele admired his courage and accepted to be his wife.

Here are some of the unique elements of their wedding

One of the things that stood out during the wedding preparations was Giselle’s friends whom she called ‘the squad’. They helped her shop for her gown, gave their honest view of her choice of makeup and even comforted her when things didn’t go as planned in the morning. 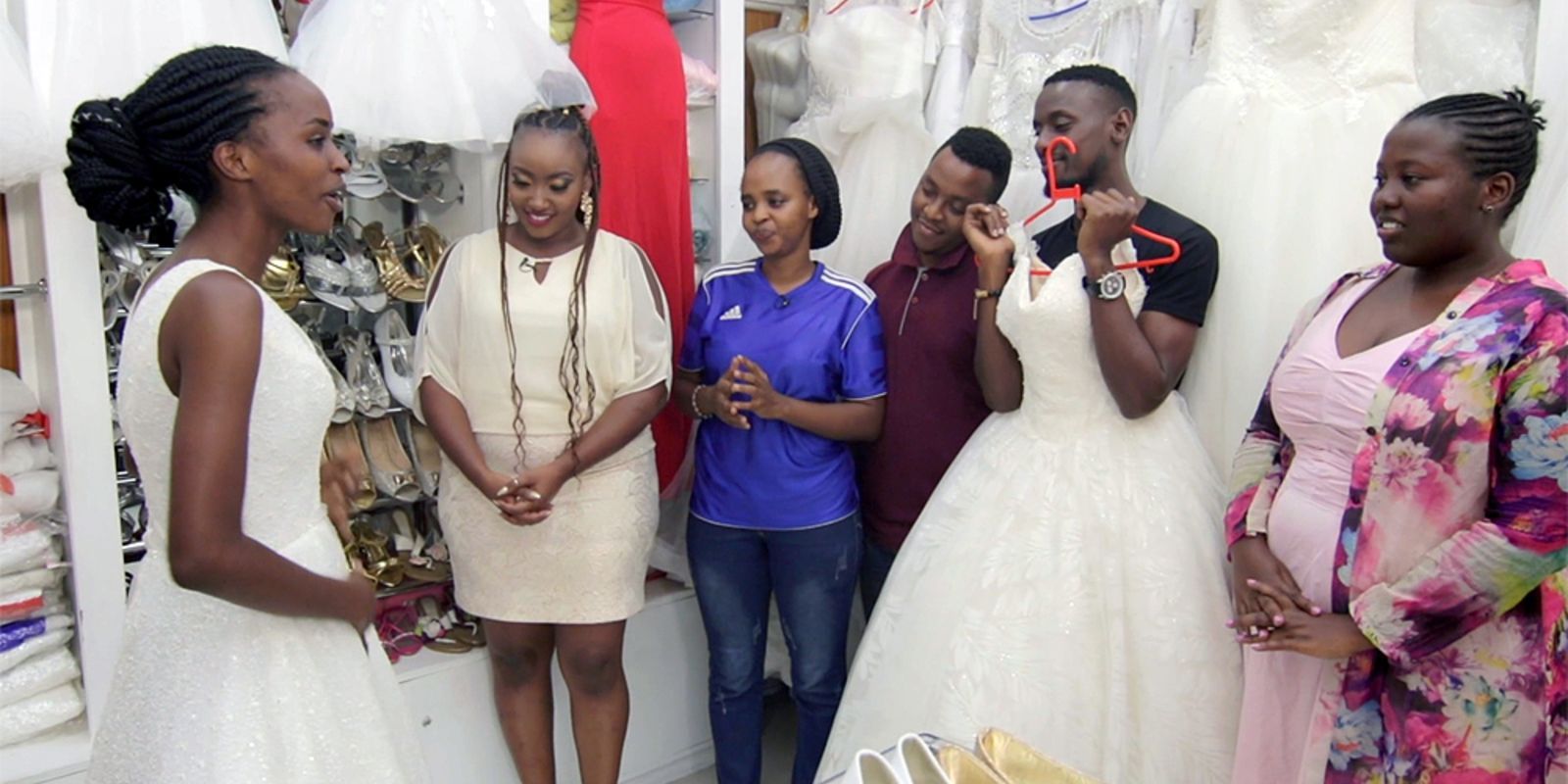 John and his groomsmen wore a broken suit that comprised of a rose gold jacket, white shirt, navy blue cravat and pants, and wet look shoes. 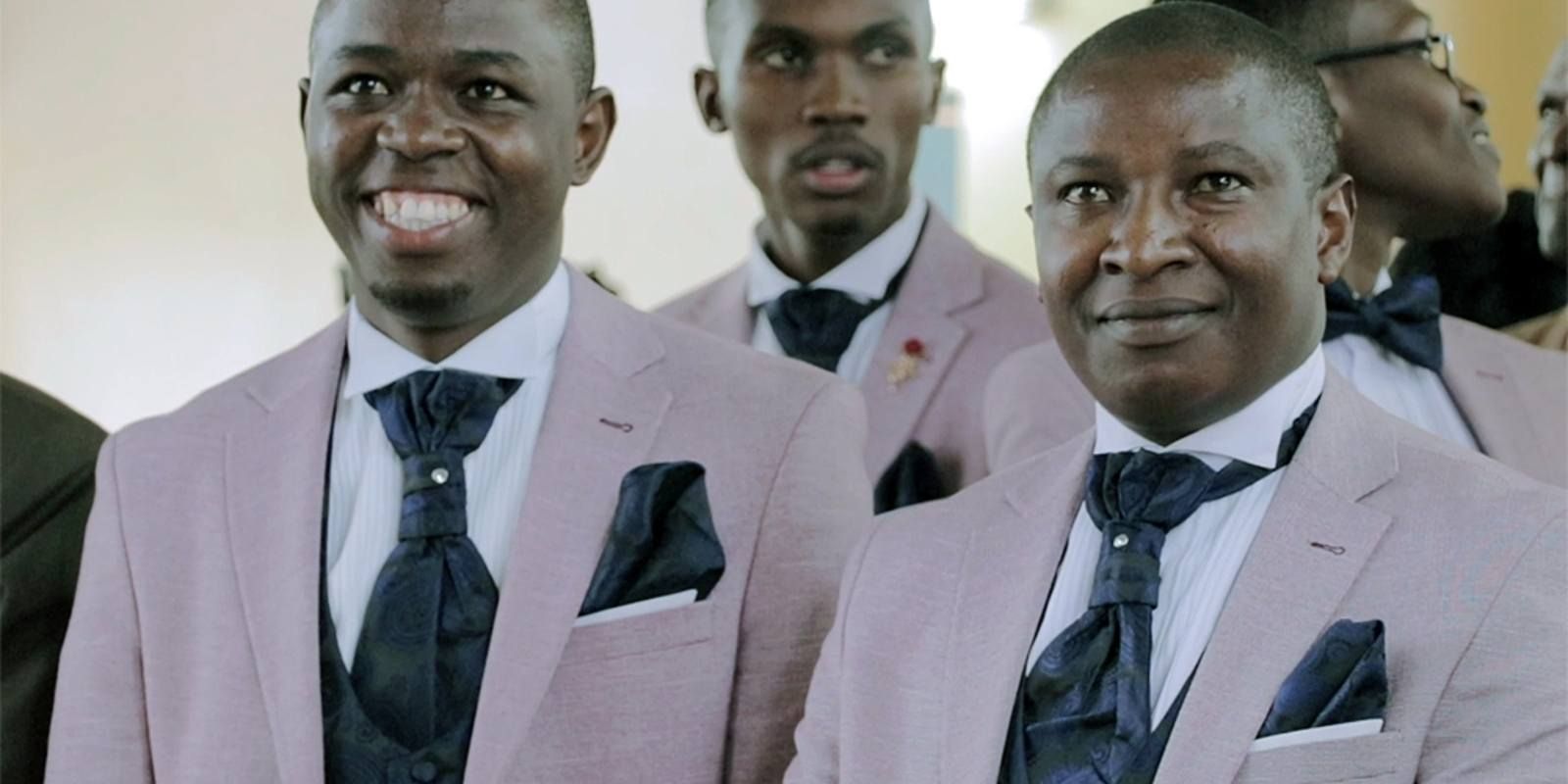 The Gutwikurura or the unveiling

After the reception, the bride and groom were whisked away to the cousins/brother’s house for the unveiling ceremony. Whilst there, the couple is given milk and asked to feed a boy and a girl as a symbol of how they will be feeding their young. 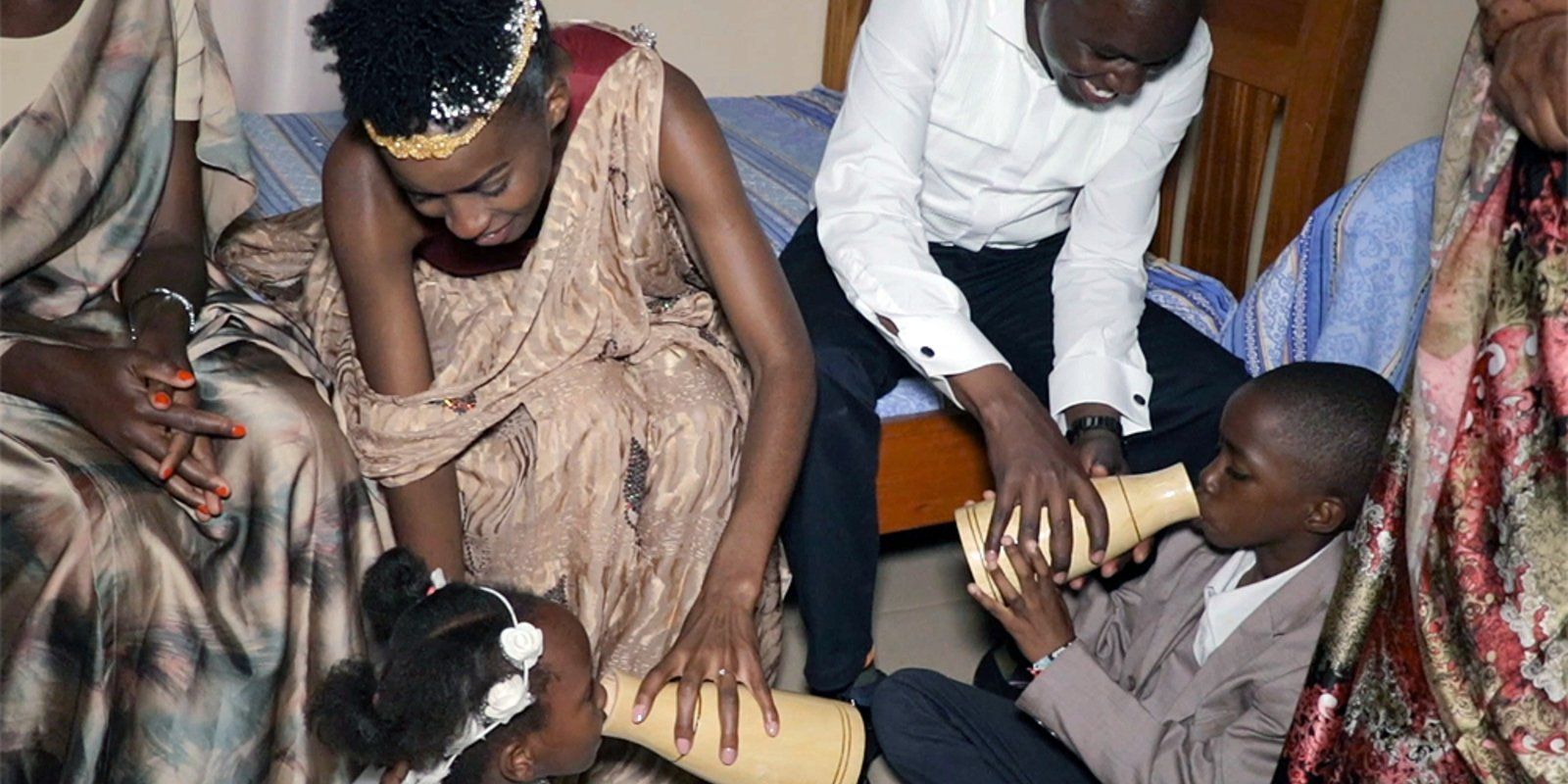