A portrait of the city — Njoro Wa Uba

News
10 January 2020
...through the eyes of a taxi driver.
Subscribe to Watch

Maisha Magic East recently caught up with Lucy Mwangi,  producer of Njoro Wa Uba and this is what she shared with us.

What was the idea and inspiration for shooting Njoro Wa Uba?

Conversations with taxi drivers got me thinking about doing a show based on their experiences with their clients. The idea was solidified one day during a ride when the driver shared how he had spent his day house hunting with a client. The girl who could’ve been no more than 22 years was shopping for a house in upmarket Nairobi. When she finally found a place she liked, she went back to the taxi and took out a bag with over 400,000 thousand shillings. She paid the two months deposit of 200,000 and the rent and service charge. 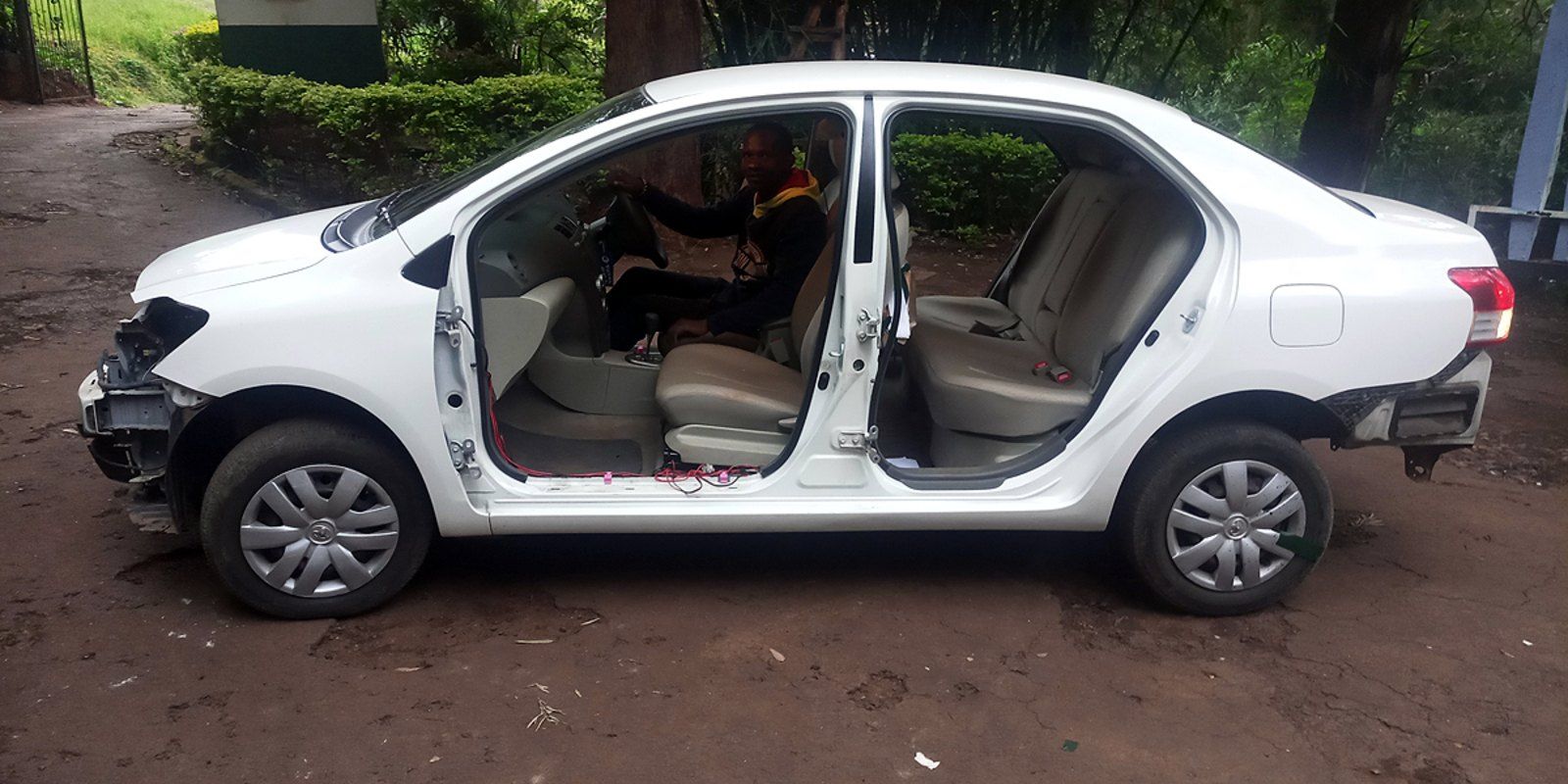 The driver was shocked when he realized he had been driving around with so much money and the girl would leave that bag in the car when she went to check out the different houses. And yet he was struggling to make rent for his house in Kawangware where he was paying Ksh 3,500.

In his words, that day made him question the fairness of life.

Why should people watch the show?

The show seeks to paint a portrait of the people living and working in the city. Through his passengers, we get a glimpse into the sometimes-personal lives of the people living in the city, their fears, their cunningness, hopes, frustrations, insecurities, struggles, their masks, attitudes, dishonesty, basically painting a picture of all that is Nairobi. For Njoro, these rides help him to see the lie that is his life, reflected in most of its inhabitants. 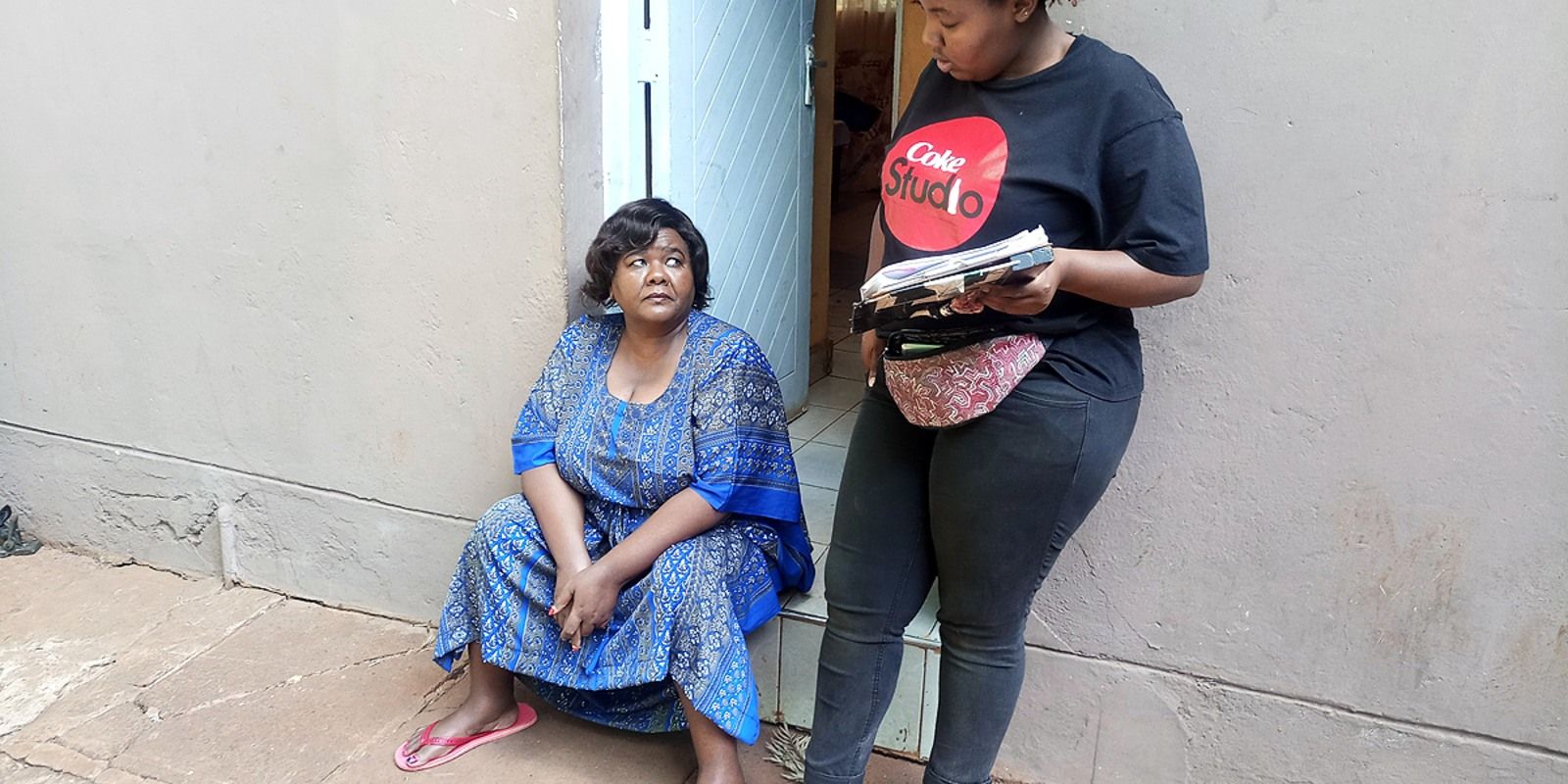 A lot of people will relate to the struggles of Njoro. An educated man, who may or may have not made a wrong call of judgment. He is now paying for that decision and having to deal with the consequences. At the same time, he has to raise a child, through the ‘mother’ in law, who totally hates his guts.

The passengers in Njoro’s cab gives us glimpses into their lives and the struggles of most Kenyans. We explore themes of love, betrayal, vanity, pride, greed, selflessness, infertility, parenting and finances. The show is the journey of Njoro as he seeks to understand whether what he wants is truly what he needs.

What makes the story special/important/different from any other show MMEast fans have seen?

No two rides or two passengers are the same. Every ride is a new experience and interaction for Njoro. We are able to tell so many different stories on each ride, without being disconnected from the main character of the show who is Njoro. We are not limited to one theme and we can explore many different issues based on the different clients.

The show is truly a portrait of the city as the rides take us throughout Nairobi. We get to witness firsthand, what truly goes on during the day and more so when the sun sets in the city. 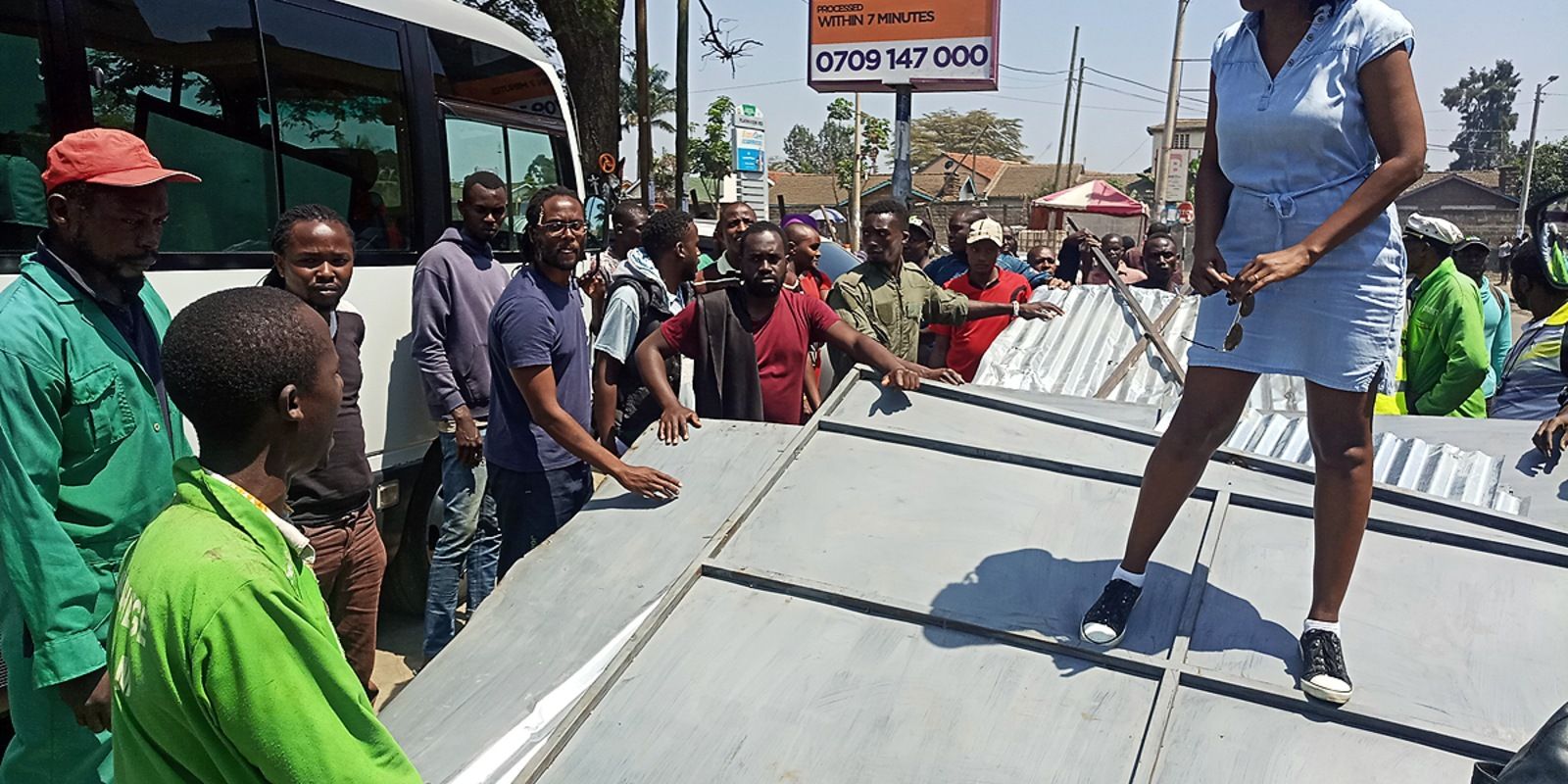 What was the most memorable moment on set/what you enjoyed shooting/favorite scene? Any behind the scene moments that might have been entertaining?

There was an episode where had to film Njoro stuck in traffic with two obnoxious kids. Problem was, the traffic, as is the nature in Nairobi, was a result of rain. It was a rainy season and we had planned to do the shoot in actual rain, but the forecast for two weeks kept being wrong. Running out of time, we had to create both rain and traffic. The scene was running from dusk to dark, so we had to do this for hours. It was a tall order for the team, but in the end, they made it rain and the episode turned out great.

What were the challenges you faced and how did you overcome them?

About 80% of the show plays out inside Njoro’s taxi. Our initial challenge was in figuring out how we would film constantly on the road considering all the elements that would come into play, weather, traffic, accidents. The Initial idea had to film in a studio on a green screen where everything would be controlled. However, we decided to throw this out and film in Nairobi as we drove around the different neighborhoods, interacted and with random passersby. This gave the show a realness that is truly what we were setting out to achieve as we wanted the viewers to not just hear stories they could relate with but see places that they had passed, lived or visited.

What was the filming process like? From location to logistics?

The biggest challenge of doing this is we don’t know what to expect on the roads, there could be traffic, accidents ahead, roadblocks, for a show like Njoro, we can only plan and anticipate so much.

What informed the experiences that Njoro wa Uba goes through?

Truth is, in the world, we are living in, there is so much pressure from family, friends, society and more so from social media which has largely been used to push for the ‘perfect ‘life, while in the real sense, real life is crazy, and nothing close to perfection.

Kenyans are increasingly falling into the trap of wanting to showcase only the sunny side of life, even if it means faking everything about their lives. 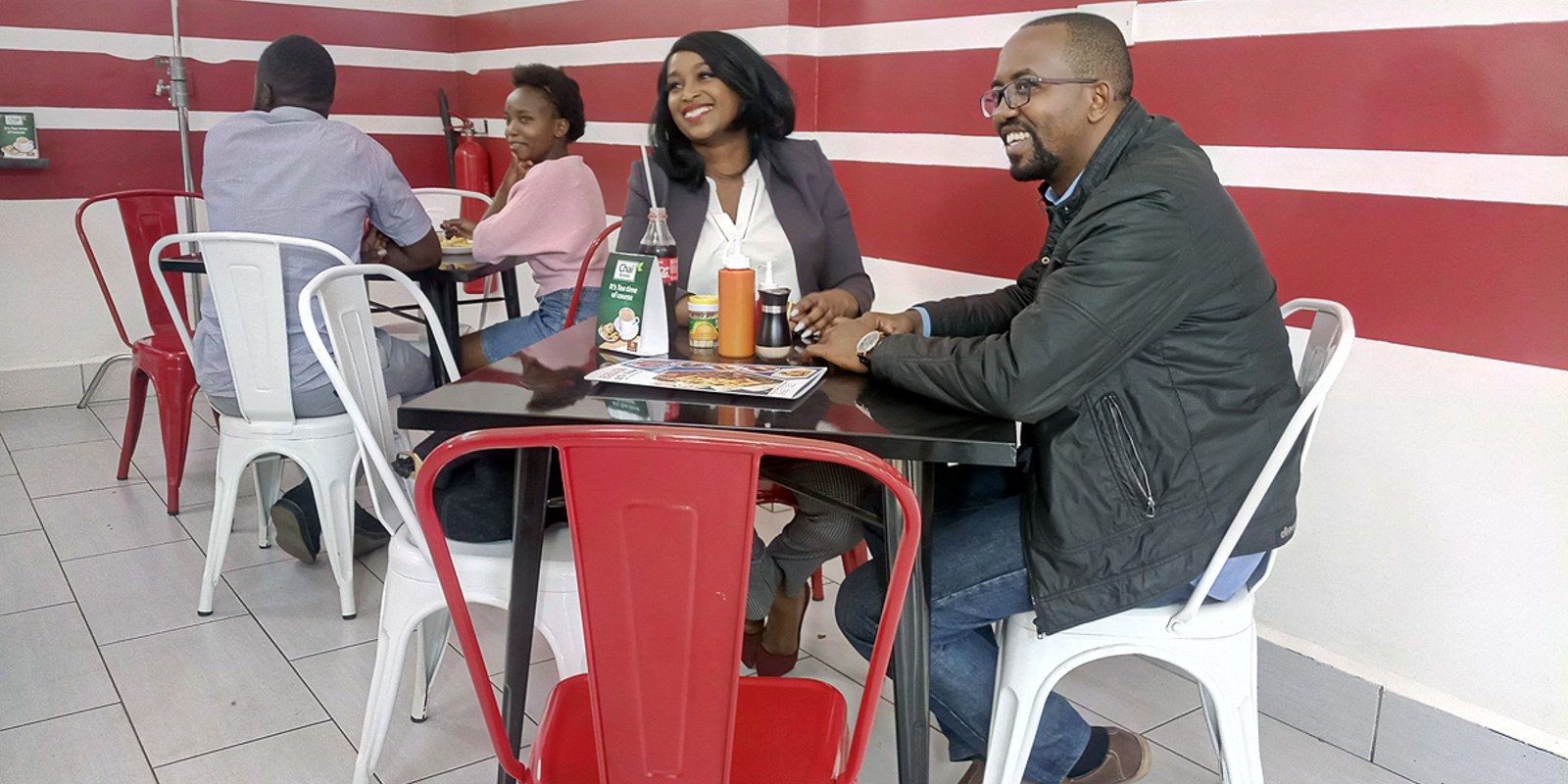 We created the character of Njoro around this issue. He is a former bank manager, possibly, in a quest to keep up with his friends, gets caught up in a bank fraud incidence, his subsequent fall from grace sees him take up the job of a taxi driver, a reality that he hides from his friends and even the girl he likes.

Taxi drivers tend a lot to be the fly on the wall. A taxi is deceptively a safe space where for most, the masks of perfection fall off. As a taxi driver living a lie, Njoro is able to witness, to a large extent, the lie that is his life, reflected in most of his passengers once the ride starts and the masks fall off, and the true persons finally emerges. 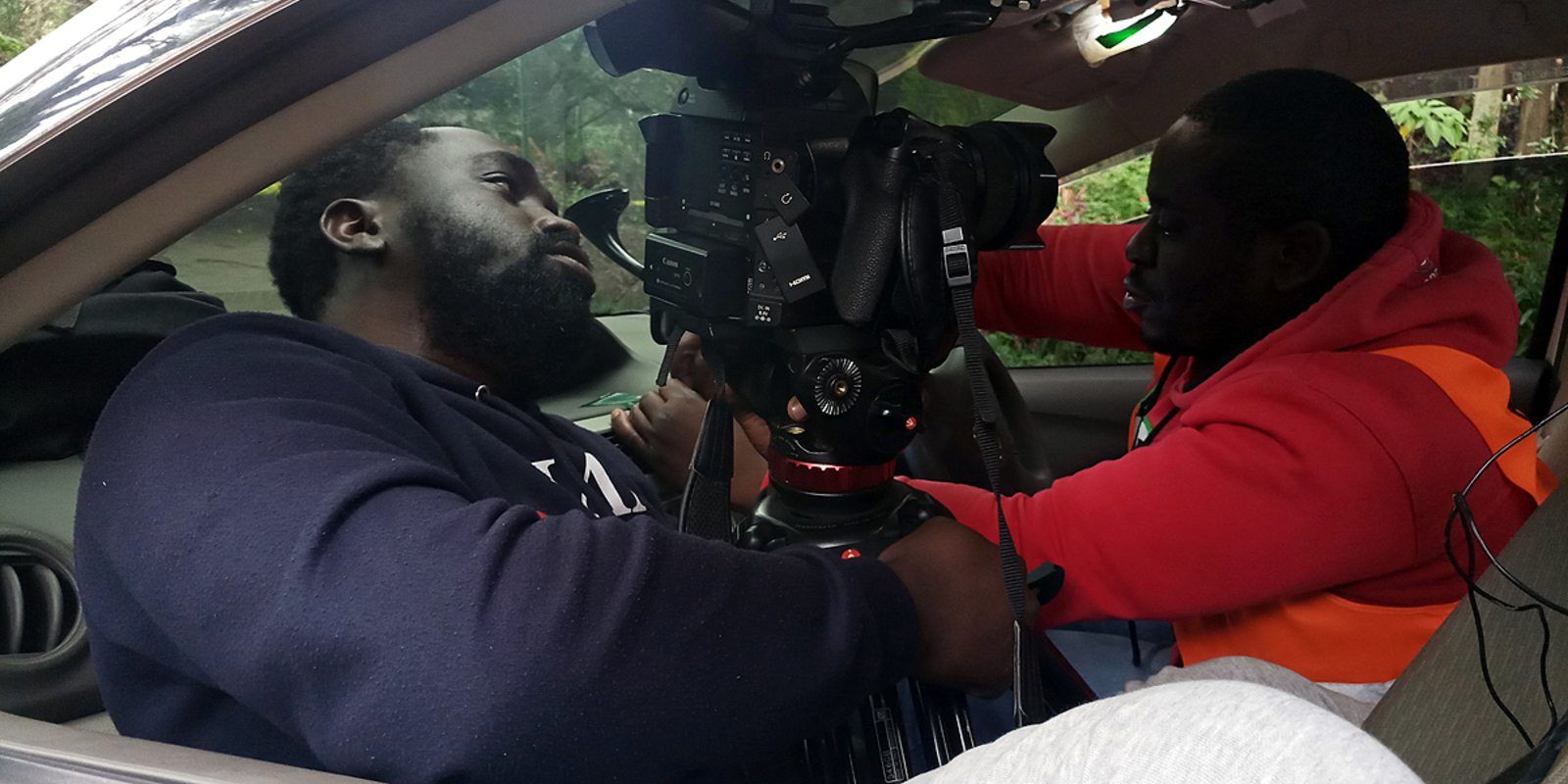 My favorite is how the show ends in season 4. It’s a big moment for Njoro that alters the course of his life permanently. That is all I can reveal.

What has been the most awkward taxi experience you’ve had?

I had a driver who turned out to be a pastor, moonlighting as a taxi driver. He went on to preach to me the entire trip and gave me a business card with directions to his church on Thika road.

Have you produced other productions? If so which ones? (for MMEast)

Please share your background, where you studied/how you came to be where you are (as a producer)

I studied communication and media technology at Maseno University. As I studied, I was interning at KTN, where upon graduation, I continued as a trainee growing from the role of Studio runner to a production assistant, News Director, Senior Producer and finally to Station Commercials Producer. I was at KTN from 2003 and worked until 2011 when I left and teamed up with friend Eve D’Souza to start the production company Moonbeam productions.