The Truth is Revealed - The Bachelor SA

News
27 March 2020
Catch up on dramatic moments.
Subscribe To Watch

Viewers have been treated to intense romance and surprising amounts of drama in M-Net’s The Bachelor SA. But, in this week’s fiery episode, the drama took a whole new level as the ladies engaged in a fun and spicy Lottostar paddle game called “Most Likely To”. During the game, the ladies were tasked to answer questions about each other, posed by their good-looking Bachelor, Marc Buckner. During the group rounds, all the ladies had to answer, but during the individual rounds, the Lottostar spinning wheel selected a lady to answer the question.

The game sounds simple and fun, right? Not quite. The statements were based on the rumours that Marc had been hearing from the ladies, and Marc used the game as an opportunity for him to sift the truth from the ladies themselves. The game got pretty intense, revealing truths about some of the ladies that were quite shocking. While others laughed, most took offense from the ladies' responses and felt exposed and wronged in front of Marc.

Most impacted by the game was Pasha, who was thrown to the wolves by the ladies. Most of the ladies used her name in response to the statements that had negative connotations. This shocked Marc, but also, hurt Pasha who felt like the ladies didn’t know her well enough to make those assumptions and created an untrue impression of her to Marc.

The ladies were clearly nonchalant of Pasha’s feelings and felt relieved to finally have an opportunity to expose her for who she really is – in their opinion. Following the game, the mansion was still abuzz from the revelations, with Jess R, Jess C, Marisia, and Rikki still discussing whether Marc sees her for who she really is. Meanwhile, Pasha broke down with Mulesa, as she felt that it was unfair for the ladies to do that to her, as they never took the time to find out who she really is.

The big questions: Did Marc get the answers he was looking for and will these ladies start saying their goodbyes soon?

A serendipitous one-on-one
Marc chose Bridget for a special one-on-one after the game, as he felt it would reveal a different side of her. Bridget was most surprised, as she was treated to a sweet serenade by popular local muso, Daniel Baron, in the most beautiful and private setting. She especially loved having Marc look into her eyes – she felt giddy and comfortable. The pair spent the night laughing and getting to know each other better, but Marc is still unsure as to whether there is a romantic feeling between them. Bridget didn’t get a rose or a kiss, but guess who isn’t packing their bags anytime soon?! 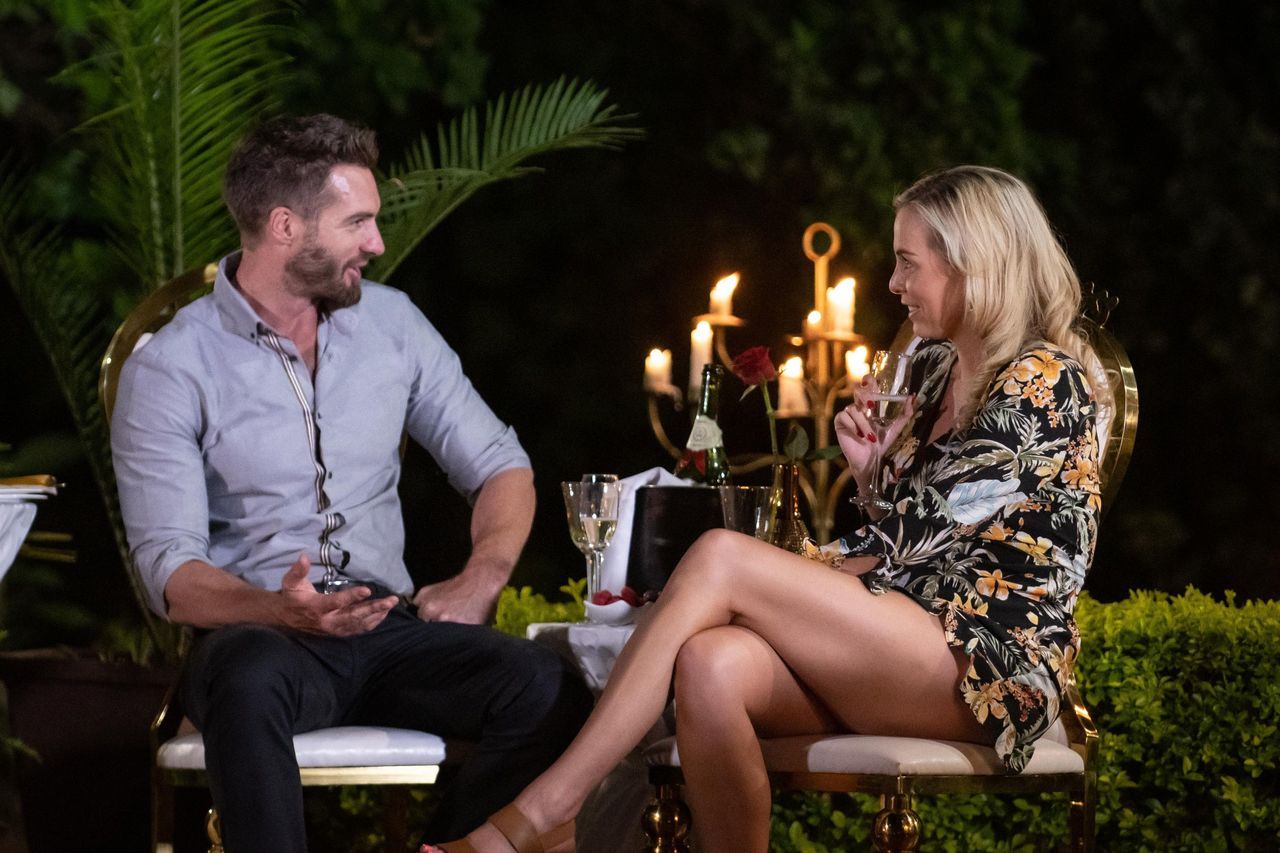 The games continue at the Cocktail Party
At the Cocktail Party, the ladies decide to play a round of “Never Have I Ever”, to put Marc on the spot for a change. To their surprise, everyone had lots of fun, including Marc. But, after all the fun, many of the women felt the need to set the record straight with Marc after the mistruths revealed in the Lottostar game. Pasha was the first to grab the opportunity, and found herself in tears with Marc, as she spoke her truth.

The highlight of the Cocktail Party was Marc and Marisia’s one-on-one time…he admitted that every time he sees her, he thinks about kissing her and his breathing changes. They spent the duration of their time making out and the chemistry was undeniable once again. TALK ABOUT SPARKS! 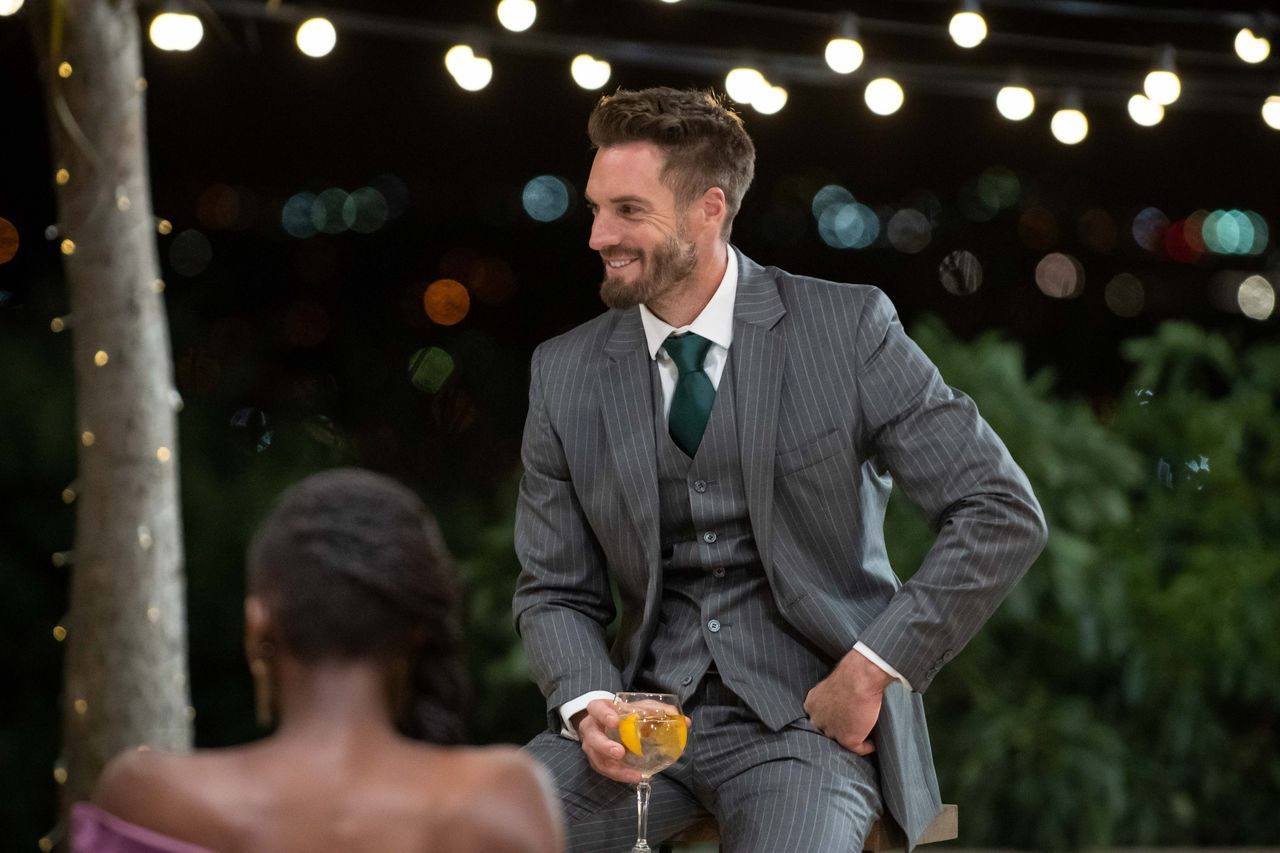 Fair game at The Rose Ceremony
For the first time this season, all ten ladies went into the Rose Ceremony without a rose. Marc had nine roses to hand out and decided to send home beautiful and bubbly former Miss Namibia, 24-year-old Andeline Wieland. Her parting words: “I know for a fact that God has an amazing man out there waiting for me, so, I’m not at all worried about my future...It sucks being on such a quest for love, and not finding it. But I know that when I do one day, it will be an awesome moment”.

The Bachelor SA Season 2 will be screened on M-Net every Thursday, from 13 February, at 19:00.
DStv Premium viewers can also watch all the romance on Catch Up or stream the episodes live via their mobile devices on DStv Now.

The Bachelor SA is produced by Rapid Blue and proudly sponsored by Lottostar. Lottostar is a fixed-odds online betting platform that offers South Africans the chance to bet and win big on the world’s biggest Lotteries, Live Games, Instant Play Games, ScratchCards & Sports Betting – with over R2,4 Billion in winnings paid out in just the last 3 years. Lottostar is licensed by the Mpumalanga Economic Regulator. No u18s. National Responsible Gambling Programme 0800 006 008. You are not playing directly in these lotteries but rather betting on the outcome or result of such lotteries.

Video
Burning questions: part 1 – Survivor SA
Nico answers your burning questions on Twitter.
Video
Pinty returns – Survivor SA
Back from Survivor SA: Immunity Island S8, pre-merger Pinty has a few tricks up her sleeve, ready to redeem herself in the greatest game on earth.
Video
That Awkward Moment - The Bachelor SA
It's time for the ladies to 'fess up about how they feel about each other with the Lottostar Most Likely To game.
Video
Play The BacheLEAGUE And WIN Big – The Bachelor SA
Watch The Bachelor SA season 2 every Thursday at 19:00 – and you could win up to R20 000 in cash weekly, courtesy of LottoStar, or the grand prize; a brand new 2020 Toyota Corolla 2.0 XR, proudly sponsored by Toyota South Africa