From the very first night Marc met her on the red carpet, he fell in love with her eyes and wanted to know more about the beauty in the princess gown. She waited a long time for a date with her prince charming – but he saved the best for later – inviting her to the very first getaway date in Namibia and gifting her with the very first piece of custom-made Jack Friedman jewellery. In episodes that followed, she evidently became the leading lady vying for Marc’s heart and a huge threat to the other ladies in the mansion. But, last night (Thursday 21 May) in a shock exit, Jessica Ross was sent home without a rose or much of an explanation during the penultimate episode of The Bachelor SA season 2.

The 28-year-old fashion designer had her dreams of a potential life with Marc shattered in a matter of minutes as he tried to explain the reasons behind his decision – many of which she didn’t understand. Jess grappled with his explanations and the outcome was a difficult reality for her to digest. She would hear nothing of it, saying to him that there were no signs or red flags on their last date, or even in the past two months that they had been together. In tears, she questioned how he could do this to her after everything, and if any of it was even real. He apologised for hurting her and she responded with “it's fine, I’m just gonna go. There’s nothing else you can say”.

This means that the top two ladies vying for Marc’s heart and that beautiful Jack Friedman ring is 31-year-old Bridget Marshall, a travel agent from Durban, and 24-year-old Marisia van Wyk, a speech therapist from Krugersdorp.

A recap of the episode
The tables were turned this week as the top two ladies met the two most important people in Marc’s life, before embarking on their final romantic dates where the exciting option of using the fantasy suite was on the cards. Marc’s parents, Marcel and Jenny, were pleased with both ladies and were proud of Marc. His dad wanted him to establish where the ladies’ heads were at and what they wanted, as a relationship is a two-way street. Marc’s mom shared that she believes a great relationship starts off as a friendship, but that she is concerned about age – as Marc is very mature for his 37 years.

Once the awkward family visits were over, Marisia and Bridget prepared for their final dates and ultimately their final opportunity to solidify their relationships and convince Marc why each of them should be the one.

Marisia was taken on a romantic bush walk, where they could just enjoy each other and talk. The walk was followed by a little picnic in the bush and finally a super-romantic bubble jacuzzi bath with champagne and rose petals. They cleared up things about their relationship, talked about vulnerability, their fears, and their intentions. After their activities, the couple made their way to a secluded romantic dinner. When the invitation to the fantasy suite arrived, Marc was hesitant and explained to Marisia that he feels guilty – because he is dating two women – and he doesn’t think it would be fair. This left Marisia feeling confused and questioning his feelings about her, but she respected his decision. 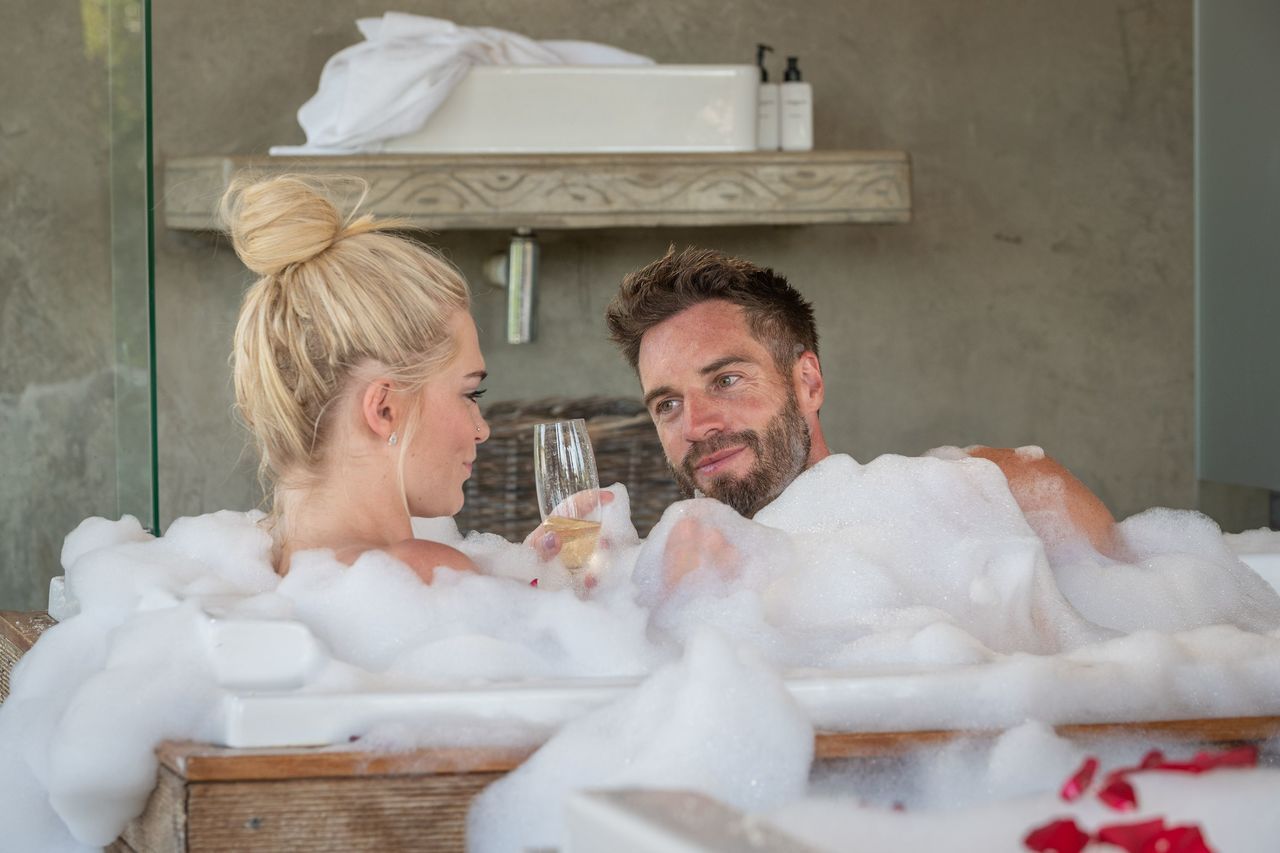 Bridget’s date was next, and she was whisked off to a secluded outdoor setting in a helicopter, where the couple spent the afternoon laughing and enjoying each other’s company - which Marc enjoyed, as he kept affirming that this is exactly how he sees his life in the future. Their picnic was followed by a romantic dinner, where their fun banter continued. This time around, Bridget managed to convince Marc to accept the fantasy suite invitation, as she really wanted extra time with him. He agreed to have one drink, so they could spend more time, and then left afterwards. 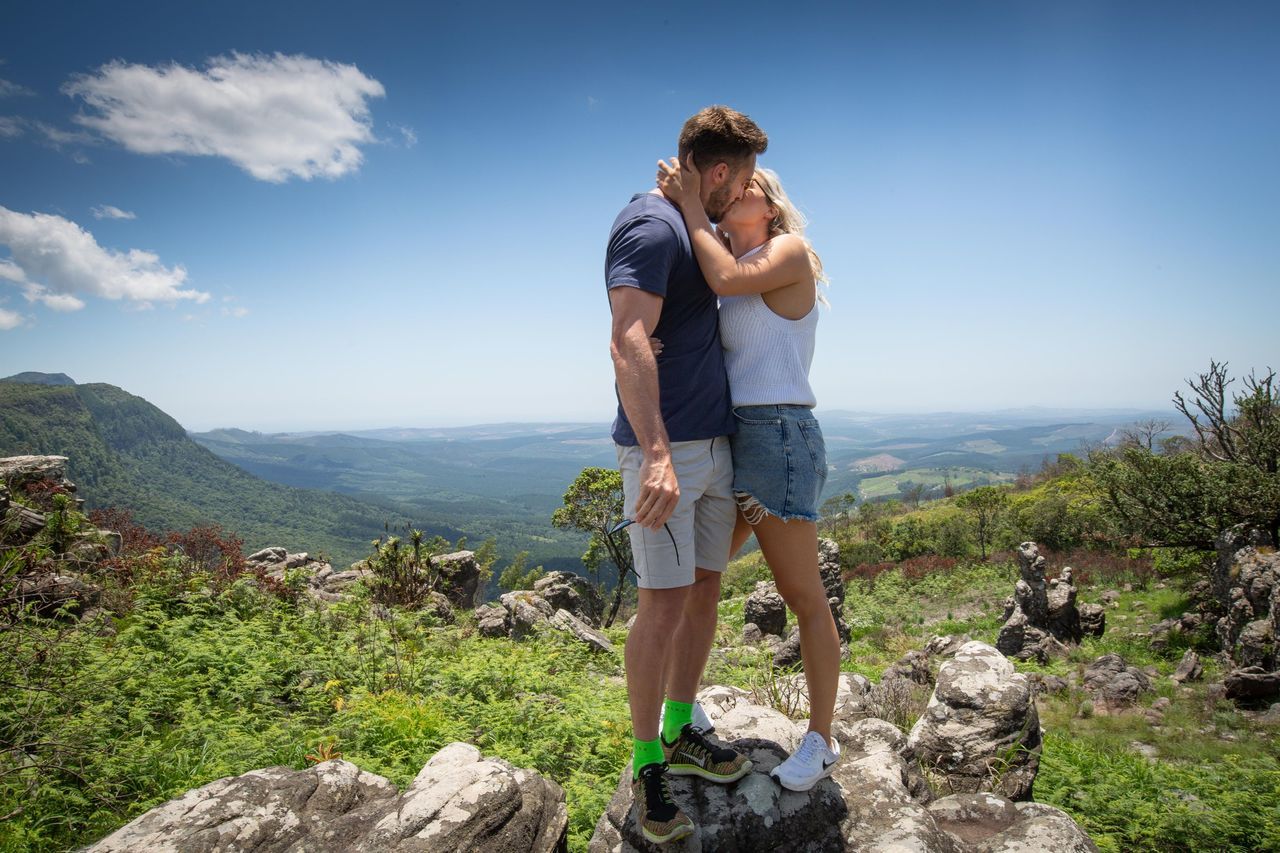 At this stage, it could be anyone’s guess whom Marc has fallen head over heels for. But, from the dates, it’s evident that both ladies are in it for the long haul. Tune in next week for the season finale to see how the love story ends!

The Bachelor SA Season 2 airs every Thursday at 19:00 on M-Net channel 101.
DStv Premium viewers can also watch all the romance on Catch Up or stream the episodes live via their mobile devices on DStv Now.

The Bachelor SA is produced by Rapid Blue and proudly sponsored by Lottostar. Lottostar is a fixed-odds online betting platform that offers South Africans the chance to bet and win big on the world’s biggest Lotteries, Live Games, Instant Play Games, ScratchCards & Sports Betting – with over R2,4 Billion in winnings paid out in just the last 3 years. Lottostar is licensed by the Mpumalanga Economic Regulator. No u18s. National Responsible Gambling Programme 0800 006 008. You are not playing directly in these lotteries but rather betting on the outcome or result of such lotteries.

Video
Fake idols and leaving with idols – Survivor SA
Nico and our returning cast reflect on an epic season filled with fake idols and castaways leaving with real ones.
Video
Putting your foot in it – Survivor SA
The fourteenth person voted out leaves tribal council reflecting on playing the game a second time around.
Video
Hometown Visits: Jess R's Lively Family Dinner - The Bachelor SA
Marc meets up with Jess R and her family and friends for a laid back dinner, conversation and vegan dessert.
Video
Jess R’s Luxe Kapama Reserve Room Tour - The Bachelor SA
Jess R is living her wildest dreams in the lap of luxury, at the stunning Kapama Reserve. She takes us on a tour of her stunning temporary digs, plus what’s that about her encounters with her new bush friends?