Meet the second group of contestants on My Kitchen Rules SA

News
02 October 2022
The next batch of teams is coming up.
Subscribe To Watch

With the leaders from Group 1 decided, the second group of five teams will be out to impress judges David Higgs and J’Something from next week on My Kitchen Rules SA (9 October at 18:00 on M-Net Channel 101). They’ll be doing their best to bid for the R1 million prize as they look to deliver, dazzle, and delight in the MKRSA kitchen.

Let’s get to know them a bit better.

Abraham (34) and Michelle (35), Johannesburg and Pretoria
Abraham didn’t hesitate for a second when his food bestie Michelle texted him and invited him to enter MKRSA. He’s always loved cooking and did Home Economics at school, helping his mom in the kitchen and watching his dad closely as he worked his magic in front of the braai. He prides himself on making delicious sauces, great salads, and a mean picanha steak on the braai. His cooking style? "Fresh, simple, hearty, real, and honest."

Michelle thinks it’s fair to say that she probably spends more time thinking, dreaming, and focusing on food than she does on anything else because she loves to bring joy by cooking for others. She loves building big bold platters of food – and keeping them coming. A self-taught cook, she would love to have her own cooking show, having studied drama and never having pursued a career in the entertainment industry. 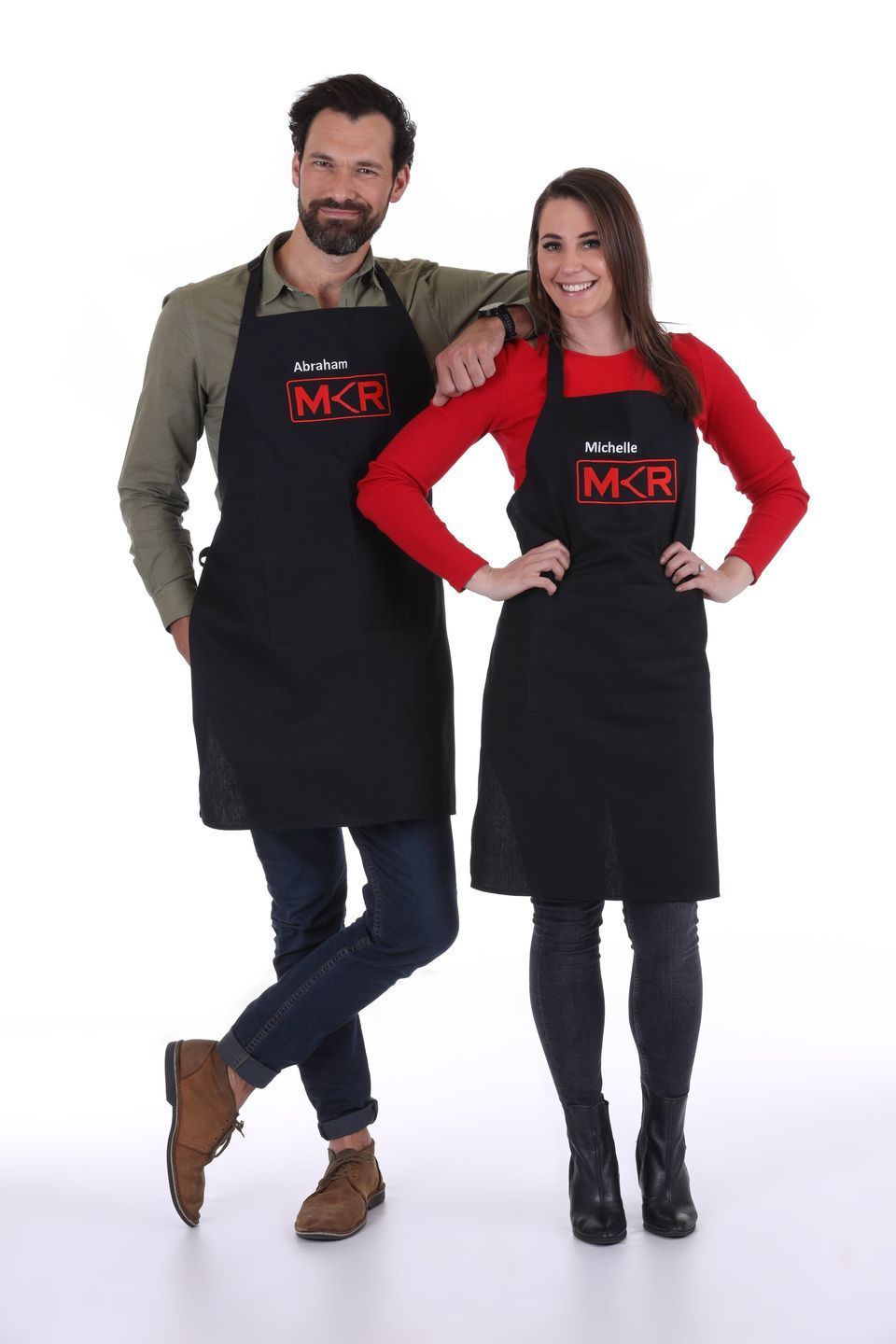 Kirsten (28) and Detlev (62), Edenvale
Mechanical engineer Detlev and his daughter, HR and admin professional Kirsten, lived together until she recently got engaged – but also work together and love cooking together.

Detlev entered MKRSA because he and Kirsten watch a lot of cooking programmes and often spoke about entering a cooking competition – so when Kirsten asked, he went for it! A self-taught cook, he loves cooking for friends and family on the braai – his spare ribs and picanha are huge hits.

Kirsten feels that food and cooking are great ways to develop the skills and knowledge required to navigate daily life and all its challenges – particularly for young people. She’d love to write a sequel to her grandmother’s autobiography, Sauerkraut and Turkish Delight which is filled with family recipes, old and new. Her signature dishes are mostly nutritious, tasty meals like her famous bean brownies and homemade ice cream. 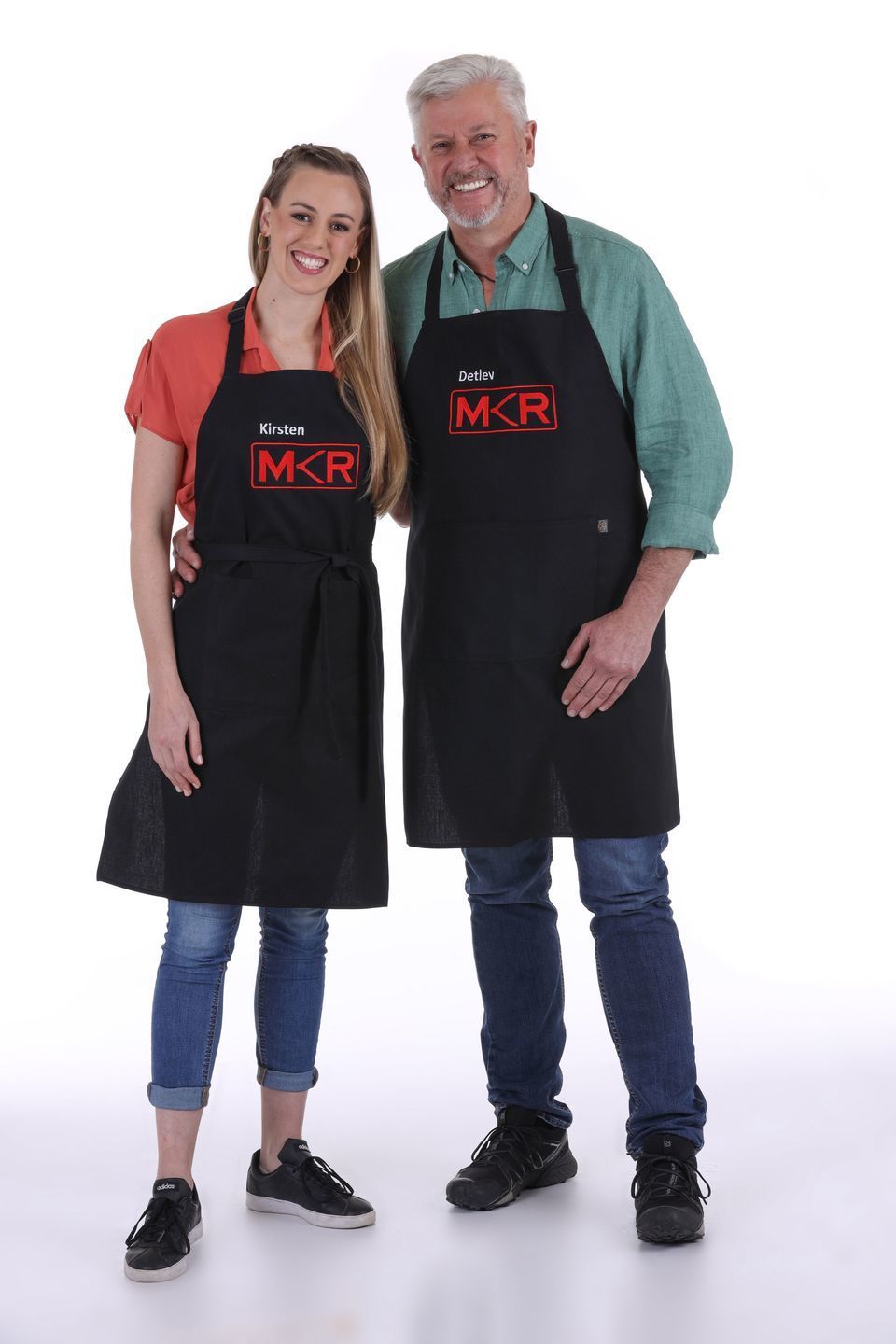 Shaeem (38) and Ma'sud (40), Johannesburg
Masud is passionate about life, family, food, and the desire to always improve himself by making himself better than he was the day before. Friends with MKRSA partner Shaeem for the better part of 32 years, he entered the competition to prove to himself and those he identifies with culturally, religiously, and geographically that it is possible to achieve whatever you believe in if you adopt a positive outlook. His signature dishes are butter chicken and roti and chicken and mushroom pie. He’d love to own his own restaurant and feed the world food from the heart, packed with love, passion, and flavour.

With signature dishes of steak, escargots, and a killer crispy chicken burger, educator Shaeem dreams of owning a restaurant and having a sauce of his own design on the shelves of stores, across the country. He says his biggest strengths in the kitchen are his ability to learn – and stay calm. 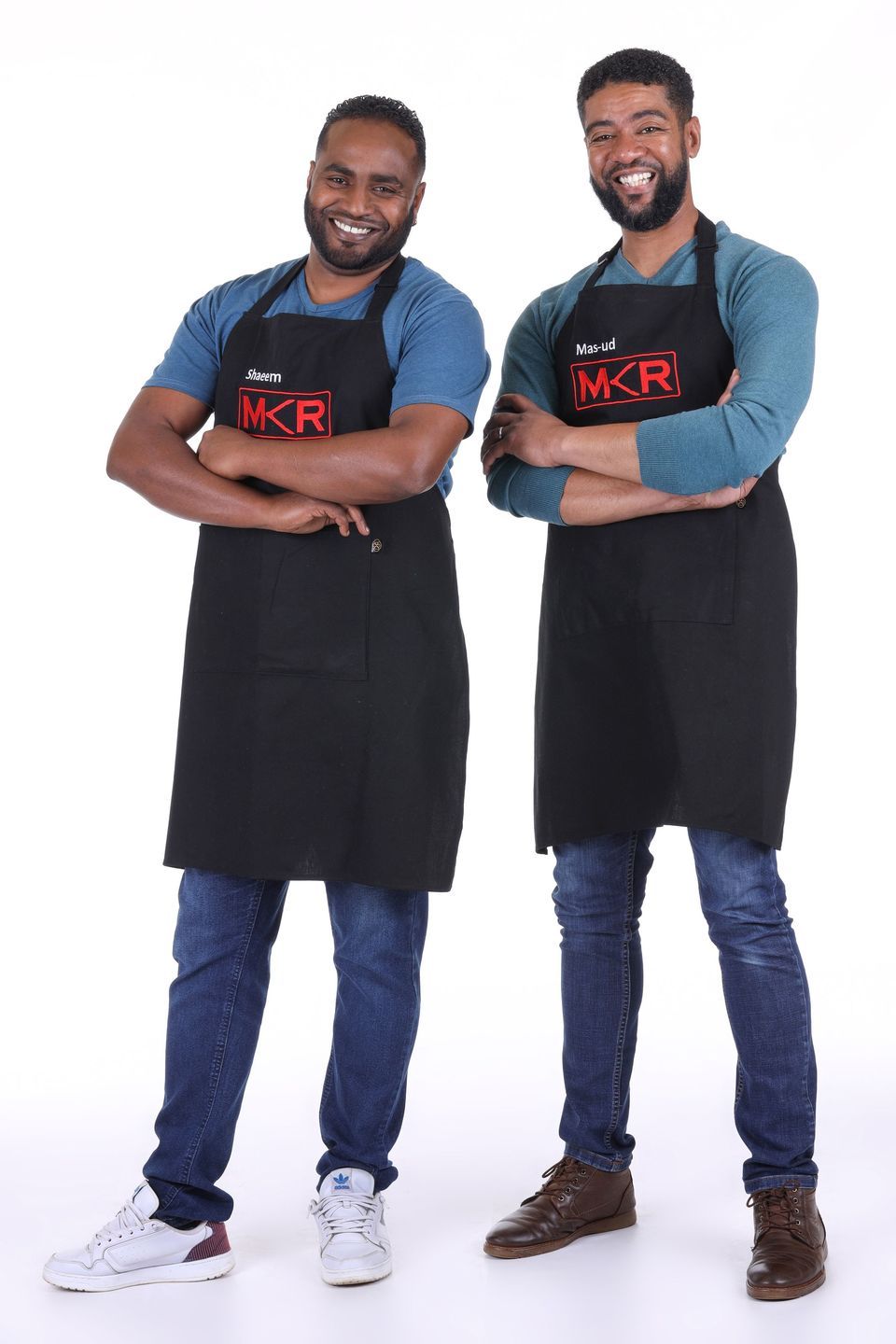 Timothy (36) and Shereez (38), Gqberha
Social media service consultant Tim dreams of opening a little bistro where people can connect and feel at home. He learned to cook from his wife, Shereez, and from watching cooking shows on TV and entered MKRSA after his wife had persuaded him. His go-to dish is a saucy mince pasta and he loves Mexican and Indian food but has an adventurous palette.

Though she shares her husband Tim’s food dream of running a small bistro, Shereez would also love to find a way to show people at home that whatever they have in their cupboards can be used to make a wholesome hearty meal that can feed a big family, or that the same ingredients can be refined to showcase a beautiful fine dining experience. She loves Indian and Italian food while her favourite South African dish is Cape Malay flaky roti, sugar beans curry, and yellow potato. Shereez entered MKRSA to be exposed to different types of foods and flavours and to help her grow her technical ability in the kitchen. 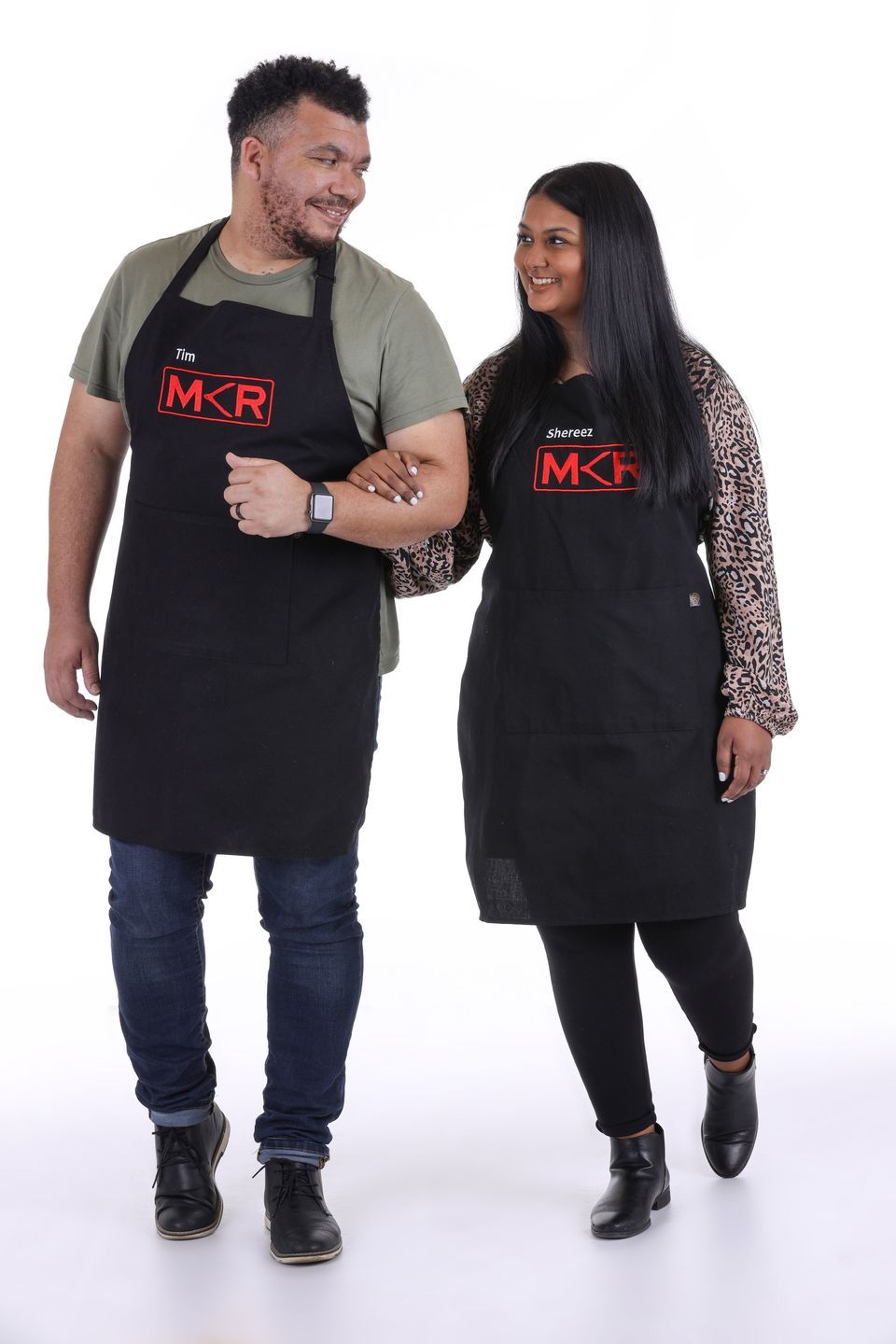 Tšepang (32) and Refilwe (20), Alberton
Refilwe learned how to cook from her mother, grandmother, and sisters – one of whom will be sharing the drama of the MKRSA kitchen with her. Currently a student, Refilwe says her signature dishes are nachos, engagement chicken, and crêpes Suzette – though she loves nothing more than tucking into steak and chips or a boerewors roll with caramelised onions.

A comment on her Instagram feed about entering MKRSA piqued Tšepang’s interest. She’s worked in the food and wine industry for 10 years and was curious about the prospect of leaving her comfort zone and sharing this once-in-a-lifetime opportunity to cook with her baby sister.  She’s been cooking since she was 9, under the watchful eyes of her parents, and dreams of turning her grandmothers’ recipes into a cookbook. 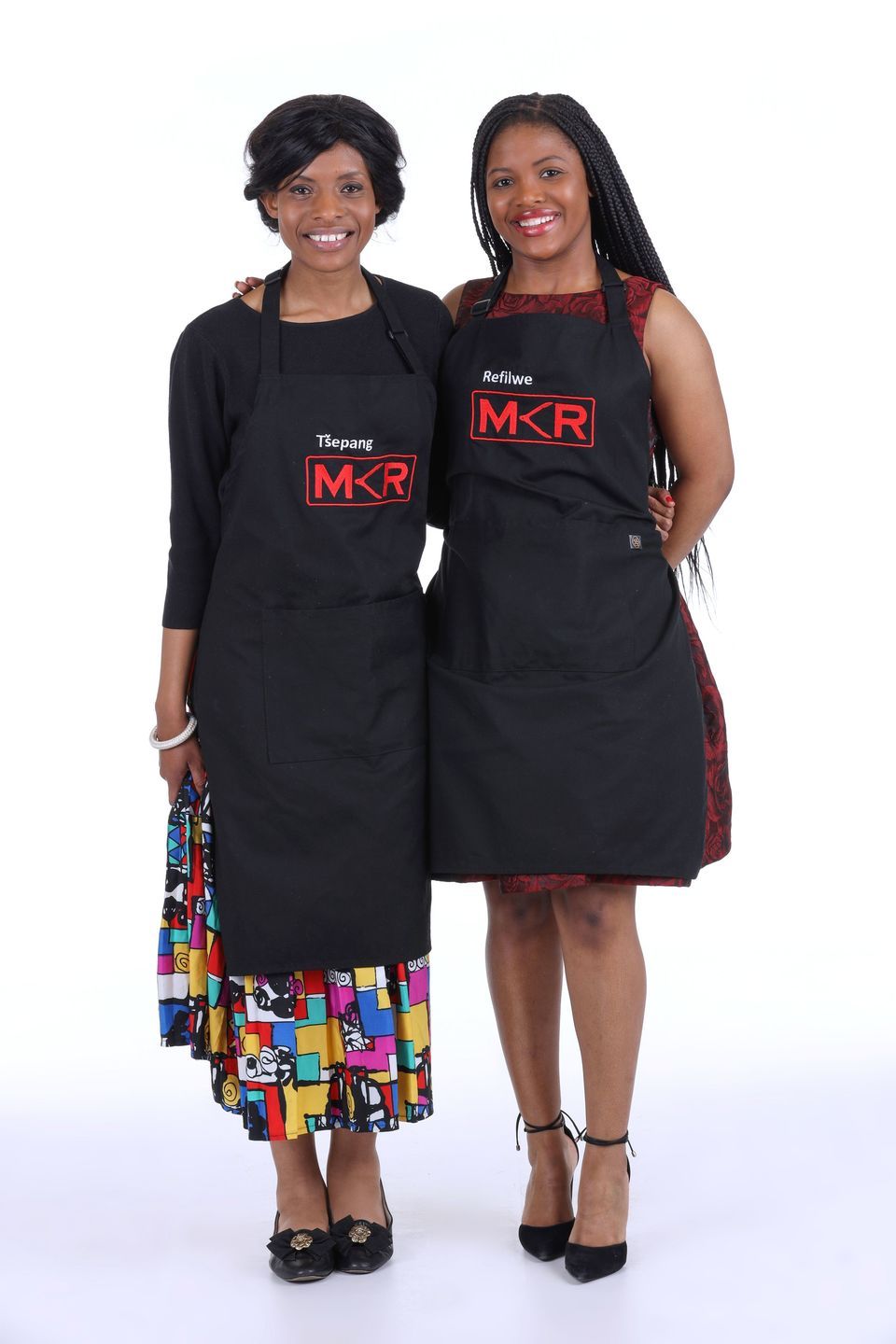 My Kitchen Rules SA is produced by Picture Tree and proudly sponsored by Nederburg. The series is available on DStv Premium on M-Net (Channel 101) every Sunday at 18:00, as well as live streamed on the DStv App, and is also available on DStv Catch Up after broadcast. Join the conversation on Twitter, Instagram, and Facebook, using #MKRSA.