Food rituals around the world – My Kitchen Rules SA

News
20 September 2022
Food-related rituals around the world.
Subscribe To Watch

What are table manners really? We all have different customs and rituals when it comes to food and the table. Sometimes there isn’t even a table present. Larcé and Jabu brought heart and home to their Instant Restaurant, Izandla Zethu, serving up heritage courses that included dombolo, usu, and amajikijolo. They underscored their traditional menu with a handwashing ritual at the top of the meal, prompting Mbali to say, “This is home.”

Many customs and rituals around food make us feel at home or underline a special occasion. These can range from something as simple as washing your hands to much more elaborate ones like feeding the dead. Take a trot across the globe with us as we explore interesting rituals related to food.

Canada and Greenland 🇨🇦🇬🇱
Let’s start with something completely out of left field: the Innu and the Innuit, to show appreciation for a meal, fart after eating. There’s a chance this ritual originated from the story of the Innu god Matshishkapeu, also known as the fart god, who punished the spirit known as the Caribou Master when he refused to give the Innu caribou to eat. The punishment? Constipation. Once the Caribou Master relented and gave the Innu their meat, Matshishkapeu lifted the curse and the Caribou Master let out a giant fart of relief. So if you ever find yourself sharing a meal with the Innu or Innuit in that frozen part of the world, let ‘em rip. 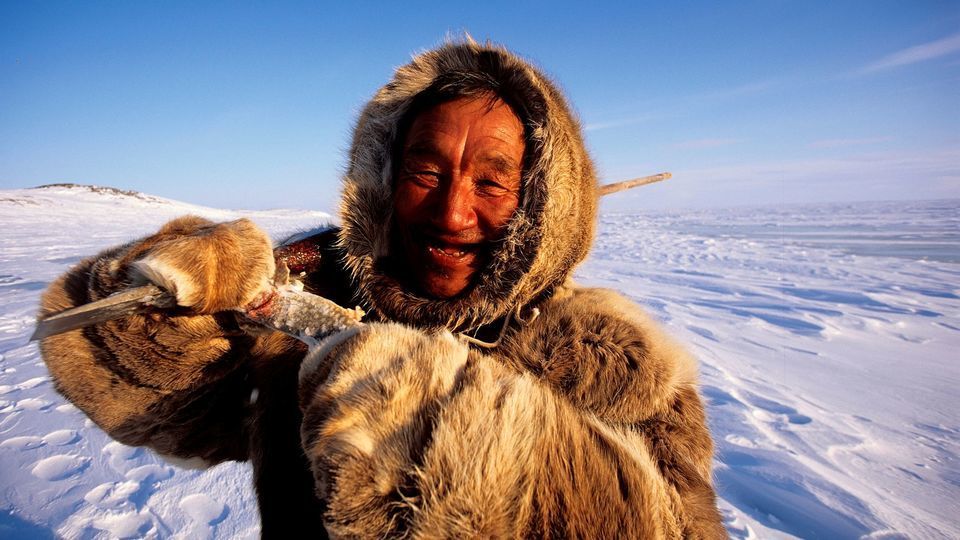 China 🇨🇳
Talking of bodily functions, in parts of China it’s considered polite to burp after meals. It’s a token of appreciation for how good the meal was. 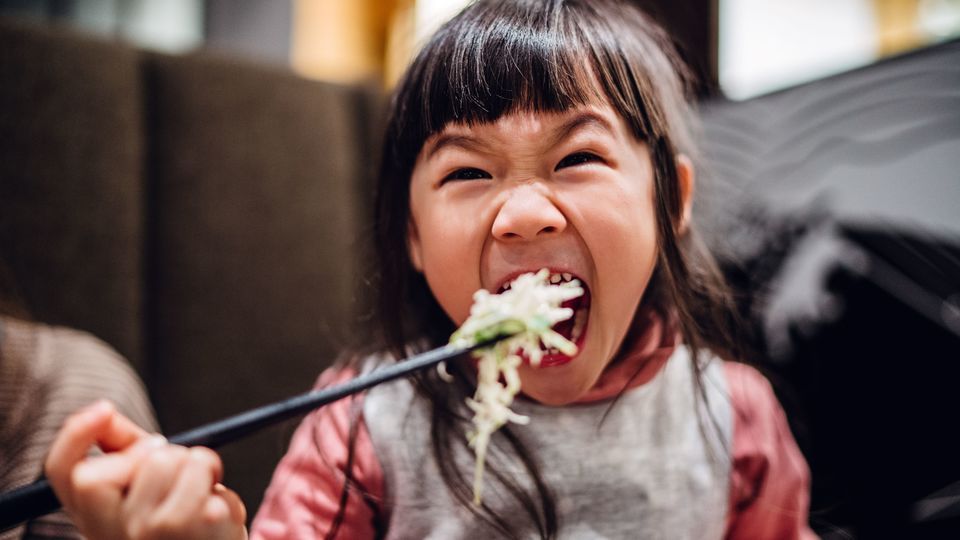 Indonesia 🇮🇩
The Toraja people of Indonesia have a very interesting custom concerning their deceased. Funerals are a big deal, viewed as the most important event in a person’s life, and it can take years to plan and save money for the occasion. While the funeral is being prepared, the corpse may remain in the family’s home: looked after, dressed, and fed. Sometimes they're even given a cigarette. Once the funeral takes place, it can last a week and water buffaloes are slaughtered as part of the event, with the meat shared amongst guests. 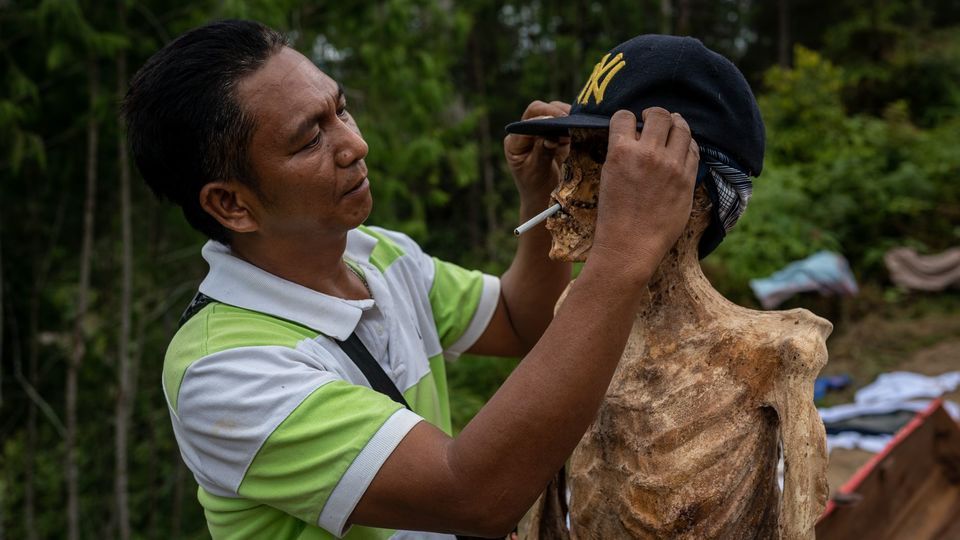 Japan 🇯🇵
Bento boxes are a popular custom in Japan. These are containers separated into compartments for rice or noodles, fruit or vegetables, and fish or meat, and are popularly used for school lunches. You get different types of bento boxes, including kyaraben (featuring manga or anime characters), koraku (perfect for picnics), aisai (filled with treats and special messages), and shikaeshiben, a revenge dish in which you place insults directed at whoever annoyed you (but whose lunch you still had to prepare).

Another custom is one that echoes Larcé and Jabu’s handwashing: the Japanese may provide hot, damp towels, called oshibori, with which to wipe your hands. These are for your hands only, not for your face or anywhere else. Fun extra fact: it’s totally fine to slurp your noodles.

Kenya and Tanzania 🇰🇪🇹🇿
Waste not, want not! Wasting food has massive environmental ramifications, so it’s best practice to use as much of a food item as you can: whether it’s the greens of a carrot or all of an animal's parts – like cooking the stomach lining, as Larcé and Jabu did with their main course. The Maasai in southern Kenya and northern Tanzania are experts at making the most of an animal, using the milk, meat, hide, and dung of their cows for everything from making meals to bedding. They also use the blood. To make the most of the blood, a cow is regularly let, without the animal being slaughtered. The blood is drunk straight or mixed with milk, and also forms part of wedding rituals. It’s even a great hangover cure! 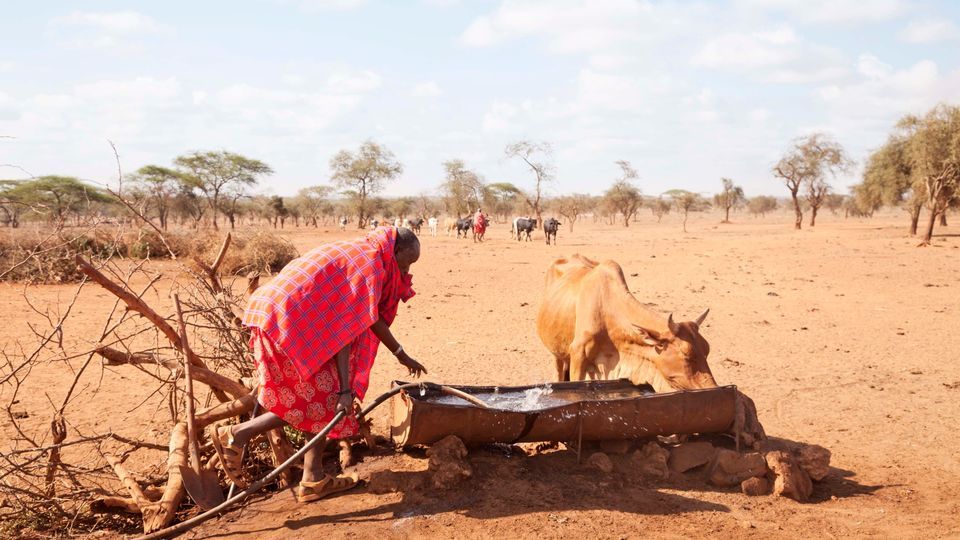 Poland 🇵🇱
During Christmas Eve the Polish set an extra place at the dinner table, which is left empty. This is done in the event of an unexpected visitor showing up, who would then be provided with a festive meal for the night. The origins of this custom are variously believed to have different sources. Some believe it stems from a pagan feast known as Obiat, in which the table and chairs had to be left as is for a few hours after the meal to allow the dead to partake in the feasting too. Others believe it comes from the Biblical story of Mary and Joseph seeking shelter, prompting hosts to always be ready for an unexpected visit. 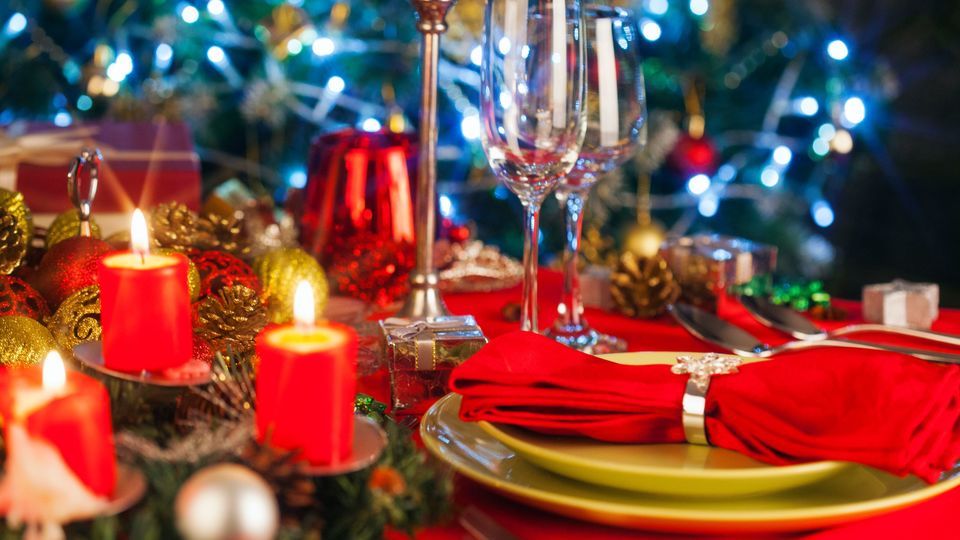 During Christmas Eve the Polish will also break bread at the dinner table, breaking off and eating a wafer known as oplatek and passing it to the person sitting next to them who will then break off and eat a piece as well. When it comes to weddings, vodka will be flowing. The wedded couple has to drink shots and throw the glasses behind their backs. If the glasses break, they'll live happily ever after.

Russia 🇷🇺
The Polish aren't the only ones who love vodka: the Russians love it to the point of cliché. The rule is: do not decline vodka! Okay okay, as a visitor you’ll probably be forgiven, but try to practice some of these other vodka-drinking rules:

What food-related rituals do you practise? Share them with us on social media using #MKRSA.

Watch My Kitchen Rules SA season 4 for more food, rituals, heritage, and drama. Airs every Sunday at 18:00 on M-Net channel 101. If you miss an episode, catch up with DStv here. Follow the conversation on social media using #MKRSA.