The flavours were popping and the music was pumping at the DStv Delicious Festival over Heritage Weekend. My Kitchen Rules SA was representing with a tent that encompassed a spacious chill area serving up divine heritage dishes. There was also a demo kitchen, where judges David Higgs and J’Something were serving up food and foodie lessons to fans.

What did their cooking demonstration entail? Creating dishes that answered the question: what would you serve if you had to host an Instant Restaurant? From ceviche, fritto misto, and eclairs to lamb and game, the judges took us all the way to South America and Europe and then back to South Africa. Here are a few tips, tricks, and fun facts for you, in case you missed it or in case you were there but had too many stars in your eyes.

If you watch My Kitchen Rules SA, (if you don’t, start now!) you’ll often hear these popular refrains: taste as you go; flavour, flavour, flavour; and, add a bit of lemon. What else? Make vegetables shine. J’Something did just that by whipping up fritto misto, a Mediterranean dish typically consisting of fish fried in batter. Vegetables are often used too, so if you want to make them the hero of the plate, fritto misto (literally meaning “fried mix”) is a great choice. 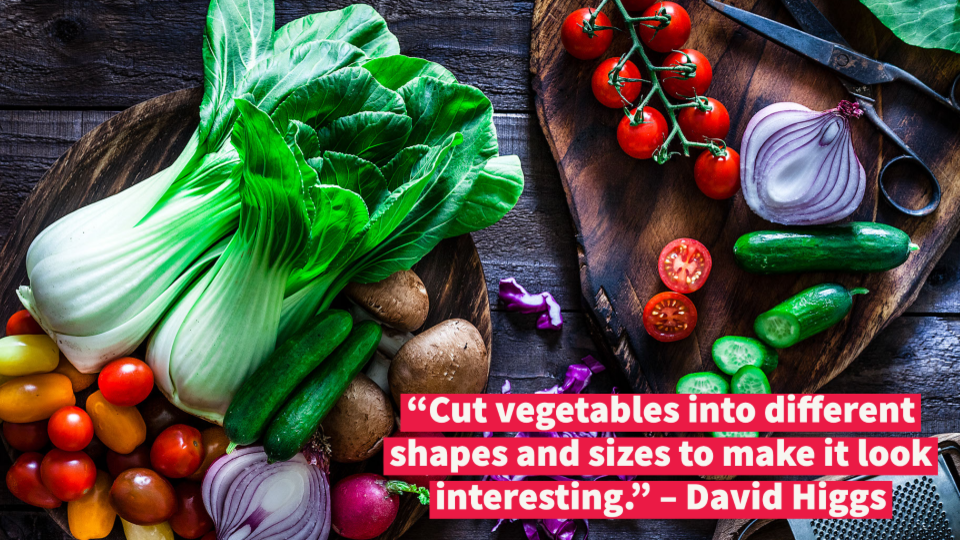 The judges started off eliciting a promise from the audience that they would never again boil vegetables (unless making something like mash, of course). “When you boil it to death,” David said, “you may as well eat the box it came in.” Instead, the judges blanched their vegetables. This helps keep their nutritional value and retain colour. The team then made a batter for their vegetables using beer. Take David’s advice and make sure it’s a cold one, as it’ll give a better crisp. Don't make the batter too thick: it’s there to provide texture not taste, and you want to see the colour of the vegetables. For all the meat lovers out there, don’t fret: there were also lots of “lamby-lamb” lessons to be learnt.

South Africa is blessed with an abundance of delicious lamb, whether it’s from the Karoo, the Free State, or the Kalahari. It pairs well with rosemary, mint, cranberry, and red wine. But we’re familiar with these combinations. Why not, like J’Something said, go a little left field? Use anchovies. “It’s the small things that carry the flavour,” he said; and when you add anchovies to lamb it provides richness and depth, with the saltiness contrasting with the sweetness of the lamb. 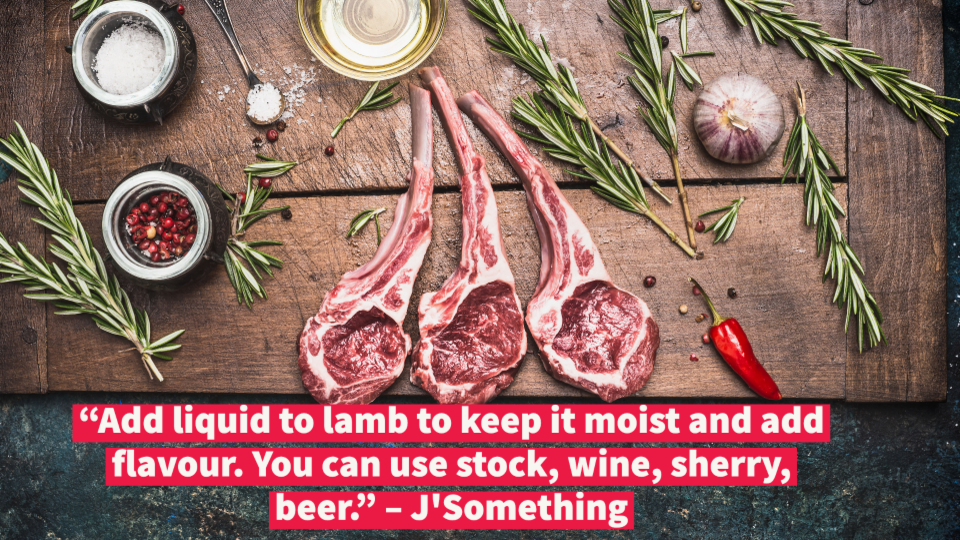 Moreover, don’t go for the traditional cuts. “The leg is a tougher cut of meat and does not have as much fat distribution,” says David. “A shoulder is more versatile.” And don’t let any roasting juices from the lamb go to waste. Reduce it into stock or use it to braise vegetables, as the judges did with their gorgeous red cabbage. 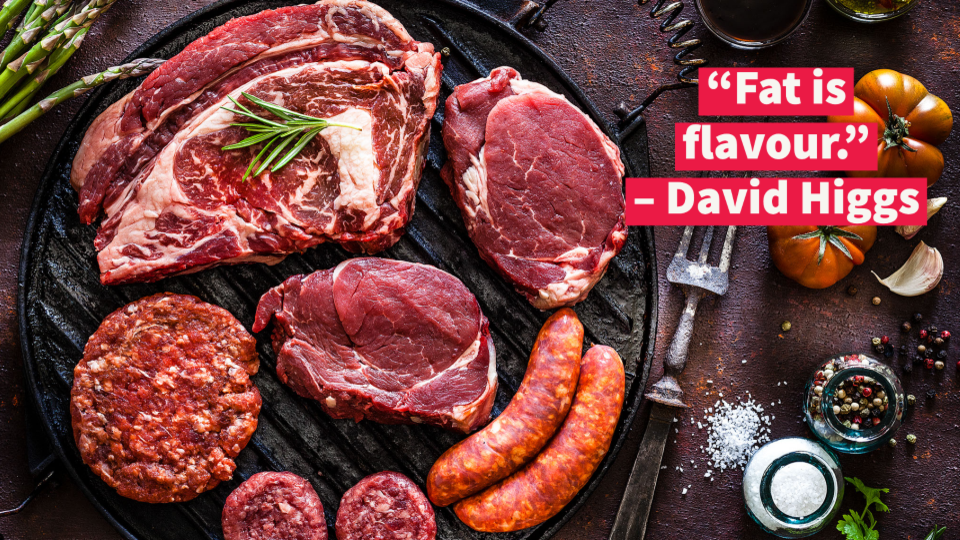 “Often,” J’Something said, “it's the last little touches that change the dish.” Sometimes these little touches are creative, and that creative flair doesn't need to be complicated. Keep it simple. Simple and logical. Remember David Higgs’s tenet: cooking is “90% common sense, 10% skill.” Don’t have beer for your batter? Use soda water. Use anchovies, or even olives, instead of salt. Drawing on your creative juices makes cooking fun and even challenging. Keep your fridge stocked with condiments, like David does: everything from pickled onions and atchar to different kinds of mustard. And butter, because as David says, and the likes of Marco Pierre White, Julia Child, and Anthony Bourdain, would affirm “butter is life”.

Watch judges David Higgs and J’Something on My Kitchen Rules SA season 4 every Sunday at 18:00 on M-Net channel 101. If you miss an episode, you can catch up with DStv here.
Get recipes from the show here.
Watch highlights and behind-the-scenes fun here.
Follow the conversation on social media using #MKRSA.