Over the last two years we have encountered characters that made us shout at our television screens. From skin-crawling acts of evil to their general greed and vicious demeanor, Legacy has produced some noteworthy bad guys for us to loath.

We take a look at some of our favourite love-to-hate characters on the show so far.

Who can forget the moment James showed up at the mansion? The second Felicity greeted him with a slap in the face we knew that he was going to be the source of a lot of angry Tweets and comments.

Welcomed as an old family friend, we had a strange feeling about Mike from the start. It didn't take too long for him to start acting strange and inappropriate, but we could have never expected what he ended up doing to Angelique. His list of offenses might be as short as he was, but they escalated in intensity very quickly.

This tall and innocent-looking man knocks on the door at the Potgieter house one random afternoon and he is welcomed in with absolutely no questions asked. An old Army friend of Willem, Andy moves in and we quickly pick up that he has brought some bad habits with him.

A true wolf in sheep's clothing, Anthony swoops in as a stylish and very attractive millionaire philanthropist and catches the eye of Elizabeth. We had such high hopes for them as a couple until we realised that this sneaky hunk is in fact broke and only after the Price fortunes.

Anybody associated with James immediately raises red flags and gangster boss King was no exception. His presence on the show was felt as he tried to wiggle his way into Legacy, even after James' explosive exit. 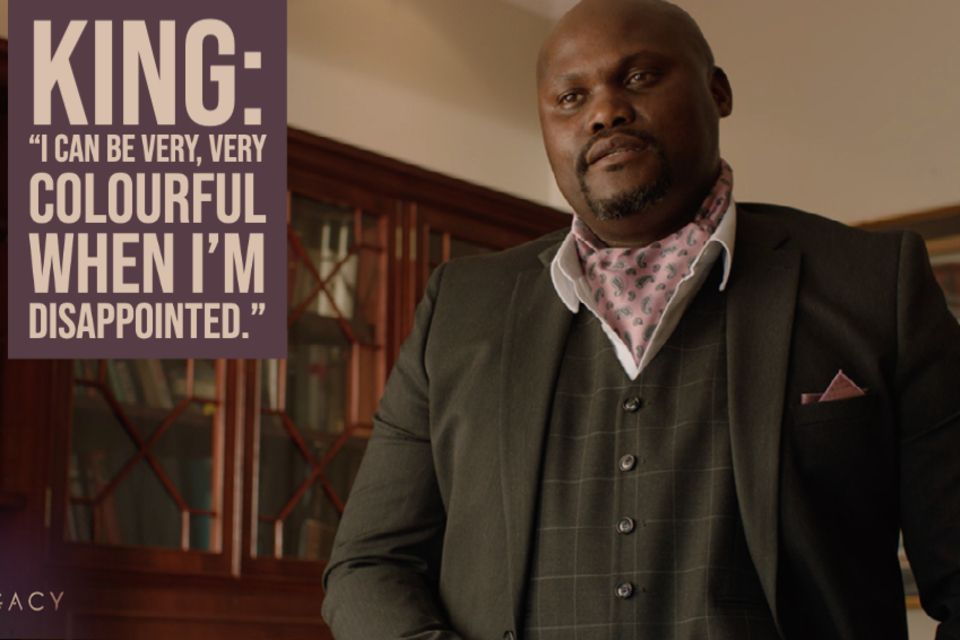 Who has been your favourite baddie so far? Join the conversation using #LegacySA.  Find us on Twitter (@MNet),  Instagram (@mnettv), and Facebook (@MNet). Watch Legacy Monday to Thursday at 19:00 on M-Net. You can also binge-watch Legacy on Showmax or catch up on DStv.

Video
You rise, I rise – Legacy
Sanele starts his secret mission to get close to Maddy on behalf of Angelique and Elizabeth.
Video
Never met the man – Legacy
Robbie challenges a Legacy EXCO decision with the help of a little extra push from Maddy.
Gallery
Msizi's wife – Legacy
Msizi's wife Thandi was having a good evening, till she heard about Msizi's affair with Dineo Price. 👀
News
Power women of Legacy
There's a bounty of brains, beauty, and business acumen.