News
07 March 2021
It's been hard to get our jaws off the floor. These ones left them there.
Subscribe to watch

This incredible new telenovela started with a literal bang and since the first episode back in September, our jaws have been left on the floor on numerous occasions.

Just as you think that things are finally slowing down, a new week brings new drama and a storyline that has kept us glued to our screens.

So fasten your seatbelt as we take a drive down memory lane to relive some of our favourite jaw-dropper moments in celebration of the 100th episode.

When a new show starts with a secret lover shooting his girlfriend's father after she pushed him down a mountain, you know you are in for a wild ride. Felicity found out that her father, Sebastian Price Snr, is handing the company over to his wife Dineo and not her. Something inside of her snapped and she pushed him off the cliff at their luxury private reserve, but this surprisingly was not what killed him. Stefan, Sebastian's driver, was there to witness the entire thing and to protect Felicity he shot and killed Sebastian. This tragic secret has kept these lovers close and pulled them apart over the last 100 episodes.

A garden full of secrets

Sebastian Snr might have been only one of the two thorns amongst the Price roses, but he is the only dead body amongst his actual roses. Transporting his body from the Lodge to Johannesburg turned out to be a rushed decision and Felicity panicked when they arrived back at the Price mansion with him tucked in the back. Stefan helped her bury his body in his beloved rose garden right in the backyard of the house they all live in. Keeping daddy, and her secret, very close by. 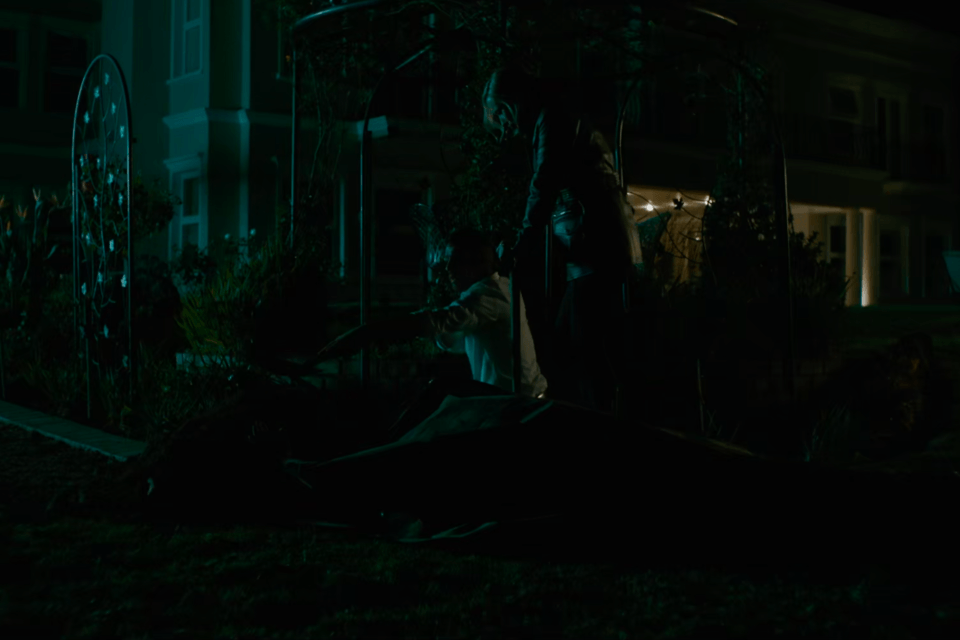 When your sister turns out to be your mum

Dineo gets arrested as a suspect in Sebastian's disappearance after she is spotted on CCTV handing over a bag of cash to a strange figure at a petrol station. We later learn that this is Sefako, her younger brother very few people knew about. But as we all know, there is nothing like a straightforward secret in Legacy. A few episodes later, we find out that Dineo fell pregnant in high school with one of her teachers and that Sefako is actually her son that has been raised as her younger brother by Dineo's mother all these years. Obviously very confused by the news, Sefako takes a few days to come to terms with the fact that he has been Dineo's biggest secret all these years.

From the very beginning, we knew that Petra Potgieter is going to be a flame, but never did we anticipate how she would light up a room in a fire-red dress. After being invited to the Price mansion for a special occasion, she is taken upstairs to Dineo's closet and given the makeover of her dreams by Lexi. In a stunning body tight red dress she took everyone's breath away when she came walking down the stairs. 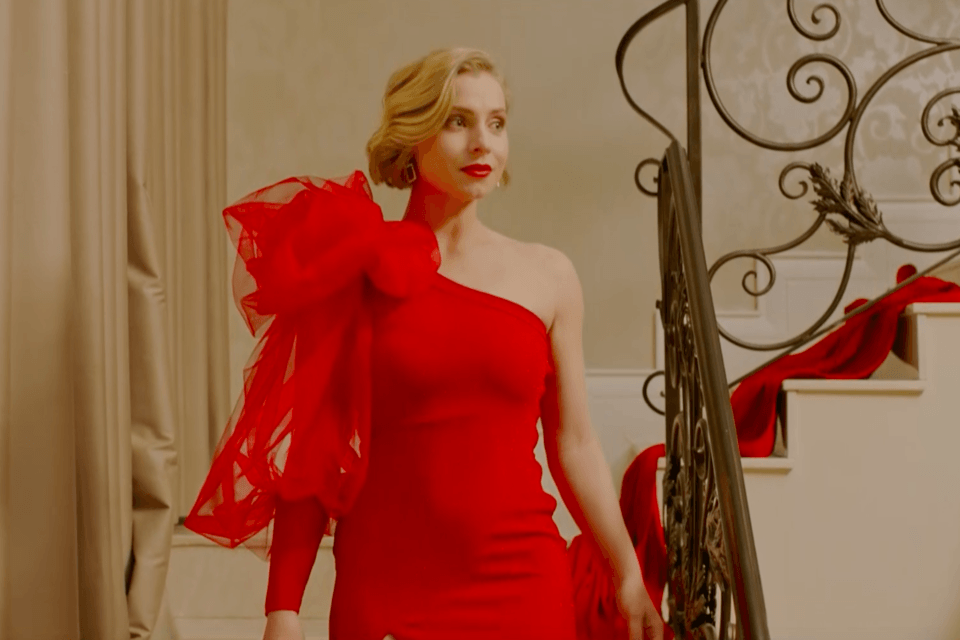 He already put a ring on it

Petra and SJ's romance took us all by surprise and warmed the far corners of our hearts. Billionaire playboy swept off his feet by an uncomplicated, strong-willed, and shy Afrikaans girl from a modest household. We were already planning the wedding when we realised that every Price has a secret. As SJ announced that he won't be returning to the USA at Felicity's birthday party an unexpected guest arrives and derailed the plans. Enter Toya, SJ's fiancé from the USA! Distraught and completely humiliated, Petra ran off and tries her best to forget about SJ and whatever future they had together.

Stefan loses the plot after the first of many breakups with Felicty and falls back into bad habits. Unfortunately, these habits get his little sister kidnapped and held hostage in exchange for R300 000. Petra is held up by a Russian drug lord and Stefan turns to the very person that made him spiral out of control to help save her.

Dear, sweet Petra is such a magnet for danger! She survived the high-jacking, will she survive being kidnapped by a drug dealer? 😨 #LegacySA #MNet101 pic.twitter.com/iLifxTPf0X

Superhero in my spare time

This telenovela turned into a James Bond-style action movie as Petra and Yolandi try to escape the building that they were being held captive in. Stefan and his old police friends came to rescue them and ended up in a gunfight with Tatiana and her goons. As the shootout starts there is no way to run but out a window and Petra fearlessly straps them into the window cleaner's kit and abseils down the outside of the building to safety. 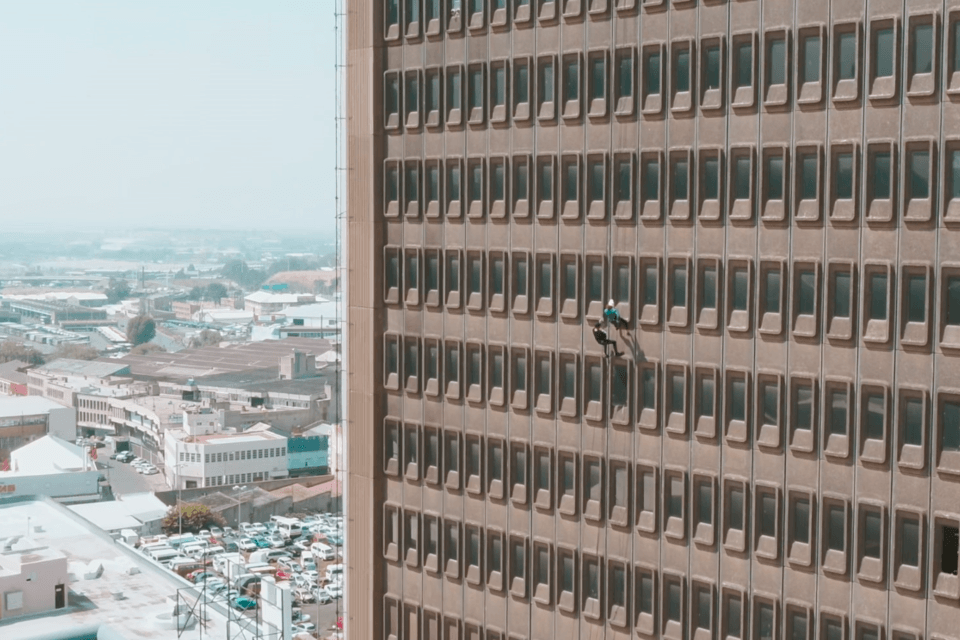 Lexi is no liar

The youngest of the Price sisters battled with a secret that was eating her alive. On the night of the accident involving her and Sefako, she was the one driving drunk, and she killed that innocent man. Felicity tried to convince her to keep the secret as it will destroy the Price reputation and have major consequences for the business. But Lexi couldn't keep this secret and eventually confides in Elizabeth.

After Dineo hears of the incredible betrayal she decides to get all three the Price daughters arrested for the murder of the man Lexi killed in the hit and run. This episode showed us where Dineo's loyalty lies when it comes to the Price children compared to her own son, Sefako.

When we met Oom Willem he was a straight-shooting proper Afrikaans pa. But after Andy's suicide, his old demons start crawling back and he starts to spiral out of control. He picks up the bottle and a bad habit and destroys all trust in both his children.

Which moments left you completely gobsmacked? Let us know on social media. Join the conversation using #LegacySA. Find us on Twitter (@MNet),  Instagram (@mnettv), and Facebook (@MNet). Watch Legacy Monday to Thursday at 19:00. You can also binge-watch Legacy on Showmax or catch up on DStv.

Video
You bring the old, I’ll bring the new – Legacy
Sihle and Angelique try to pull all their connections together in order to raise the money to buy Legacy Investments.
Video
Hostile bid – Legacy
Angelique and Sihle informs Dineo and the potential buyers that they will be making an offer to buy Legacy.
News
Top 10 Legacy heart warmers
We suggest you get tissues ready.
News
Top 100 Legacy looks
There are so many dazzling options to choose from.