M-Net is keeping its promise to increase its local content offering and to add a variety of brand new local scripted stories to its popular slate of blockbuster reality shows. Recently, the channel announced Qiniso van Damme as its first Bachelorette; the daily drama Legacy; and the start date of The Single Wives, based on a popular Australian dating show. Now, M-Net confirms that it is boosting its Thursday night line-up with a must-see female-driven local drama series called Inconceivable.

Inconceivable, featuring a fresh mix of brilliant local stars, will launch on Thursday, 3 September at 20:00, after The Single Wives, which starts on the same evening at 19:00.

Created, written, and produced by brothers Luke and Josh Rous and Meren Reddy from the award-winning Rous House Productions, Inconceivable poses a question we can all relate to; what is the price of parenting? But then it takes it one step further; is there any force stronger than a mother's love?

Inconceivable tells the story of two women who have been best friends since high school and now find themselves at the centre of a circle of friends, all women in their mid-thirties. Together, these working professionals face the challenges of demanding careers and the first years of pregnancy and child-rearing – a balancing act that requires all the super-powers they can muster.

Will their friendship be strong enough to withstand life's raging storms, or will their bonds start dissolving at the first signs of nasty weather? The friends have to deal with problems such as a lingering love affair, a struggle with infertility, fierce competitiveness, even fiercer love, and a truly inconceivable act that will change their world.

Popular actor Anel Alexander returned from the US to take on the role of Marieke Meyer, a qualified gynaecologist with two kids who may just need a little more love and attention from their always-in-crisis-mode mummy. Meyer's bestie from high school and varsity, Rachel Bishop, is an advocate who specialises in criminal law. In contrast to Meyer, who is not always in touch with everything that's trendy and fashionable, Bishop is your prototype A-personality. For her, it’s perfection at all costs. She is nine months pregnant. And everything that entails has to be perfect too!

Carine Rous, a Safta winner for her comedic performance in Elke Skewe Pot, swaps her comedy chops for a dramatic role as Bishop, which is something she’s used to doing from her previous roles as hard-nosed characters in Isidingo and High Rollers. Alexander has proven her mettle as producer and actress with Sink, which received multiple accolades worldwide, as well as Semi-soet and Discreet. Television viewers also fell in love with her when she appeared in numerous soaps, including Binnelanders and Getroud met Rugby.

The other prominent female characters in Inconceivable are Busi Nkosi, Natalie Steyn, and Tamsin Watts. Ambitious, driven, blunt, and practical, Nkosi holds an undergraduate degree in chemical engineering and an LL.B. Unlike her friends, she has told her man in no uncertain terms that she never wants kids. Steyn finds herself on the flipside of the coin. She has been struggling to fall pregnant and is yearning for a child. Watts is the only unmarried one, and has to cope with a hard-drinking boyfriend.

With her big personality, seasoned stand-up comedian, late-night talk show host, columnist, and radio DJ Nina Hastie is perfectly cast as the fun-loving, gregarious Italian Steyn; Refilwe Madumo, best known for her role as Palesa in Scandal, but also for having a long list of soapies and TV credits to her name, is Nkosi; and the beautiful Jay Anstey, soon to be seen in M-Net's Legacy, is Watts, the girl from the wrong side of the tracks.

To complement the strong female cast, Inconceivable also boasts an impressive list of male actors: award-winner Langley Kirkwood, who has worked with many A-list Hollywood stars and has international productions such as Invictus, Black Sails and HBO's Warrior to his name; television sweetheart Wayne van Rooyen, who recently delivered a tour de force performance in the movie Fiela se Kind; Sisanda Henna, who enthralled audiences worldwide as crime boss Nkunzi in M-Net's Trackers and will soon be seen opposite Megan Fox in Rogue; Vita award-winning actor Craig Jackson; and up-and-coming star Steven Ward, starring in From a House on Willow Street, Strike Back, to name a few.

More information about the male characters will be released soon. 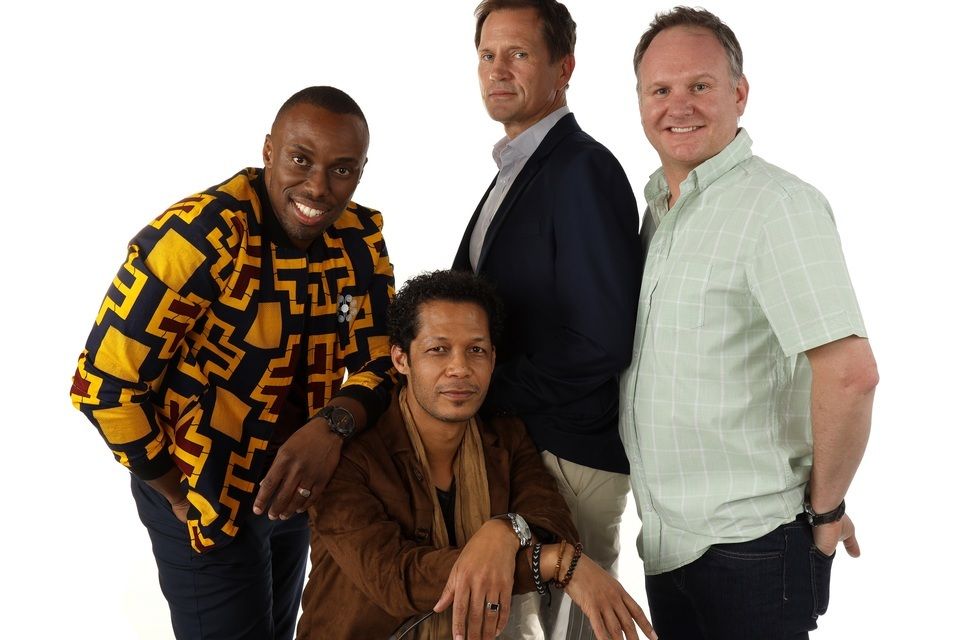 "With such an amazing cast, well-defined but complex characters, and unique story twists, Inconceivable is bound to pack a punch," says M-Net's Head of Publicity, Lani Lombard. "It deals head-on with social issues that we believe are important to our M-Net 101 audience and we are thrilled to present the series in the Thursday night time slot previously occupied by touching dramas such as Still Breathing and Council of Dads."

Video
Behind Inconceivable
Love and friendship are tested in the new local series, Inconceivable. Go behind the scenes with the cast and crew as they delve into the darkness and drama.
Video
Favourite scenes – Inconceivable
The incredible cast from Inconceivable share some of their favourite moments on set with us. What was your favourite scene in this gripping drama series?
Gallery
Nick the softy - Inconceivable
Nick might be a little rough around the edges, but deep down he is a real gentleman.
Video
An uncomfortable truth – Inconceivable
As Rachel's lie becomes bigger, Marieke tries desperately to make someone see the severity of the situation while Natalie is faced with a dilemma of her own. Don’t miss #InconceivableSA next Thursday at 20:30 to see how this unfolds. #MNet101