After ten seasons, Hawaii Five-0 is coming to an end. This wasn’t a decision that came lightly – after all, the show still has plenty of faithful fans. Leading man Alex O’Loughlin – who plays Steve McGarrett – wasn’t set to return, but it appears the show was due to end regardless. And since the actor took a real physical beating throughout the show’s run, he must be looking forward to lying back with a mai tai and finally catching a break.

Considering the show’s crazy stunts, mad-cap action, and reputation for outlandish and OTT set pieces, that’s hardly surprising. In celebration of this sunny show, its much-loved characters, and all their action-packed heroics we’re taking a look back at five of the craziest moments the show has delivered.

From rooftop chases to prison breaks to buried buses to eye-popping explosions, these moments have been many and manic. Picking just five was no easy task. We eliminated shootouts, because who hasn’t seen that before? Besides, they’re in practically every episode, so hardly a standout. We eliminated torture, because no one can top Jack Bauer in that department – whether it’s torturing or being tortured.

Over the seasons, many characters displayed a great prowess for martial arts. We watched Steve go MMA in season 2;  Summer Glau guest starred as a kickass gal getting out of a tight spot using the Hawaiian martial art Kapu Kuialua; and, of course, the villain who started it all, Wo Fat, played by martial artist and actor Mark Dacascos.

Let’s not forget the car chases – not to mention having the task force driving all manner of vehicles, piloting planes, and even haranguing a helicopter or two. And when Steve, Danny, Chin, Kono – and later Lou, Adam, Jerry, Tani, and Junior – weren’t hopping from island to island (remember: Hawaii has eight main islands) in some or other crazy vehicle or chase, the action often went international – North Korea, Japan, Colombia – and we were there for it all.

After much exhaustive back and forthing between nine seasons of episodes (which was so epic it should have its own spot on this list), we came up with our top five crazy moments on Hawaii Five-0.

The title of this episode is most apt because it sets the stage for how we’ll always come to know Steve. In this episode, the Five-0 task force is chasing down a hitman hired by a drug cartel to kill off Navy SEALs. As a former SEAL himself, this cuts close to the bone for Steve. The ensuing action includes a booby-trapped jungle! Later, we see Kono breaking bad!

But these are all just MacGuffins to really knock the breath out of you when the big moment comes. And it arrives mid-air, where the hitman chucks his next victim out a plane. But Steve isn’t far behind. Copping on to what the killer has planned, Steve is one leap ahead, skydiving to catch the plummeting SEAL midair so they can skydive together to safety. It’s an early moment of epic action that not only set the tone for Steve’s derring-do, but the show’s as well.

Almost every episode of the show opens with breathtaking shots of Hawaii – volcanoes, beaches, sun, sand. But the picture-perfect panorama is soon flipped with the week’s grisly crimes and misdemeanors. This episode opens in much the same way, before flashing back to a few hours earlier in the day (a narrative technique the show played with every now and again), to see a happy couple trail running, about to get engaged, and then shot down by a drone – yes, a drone! 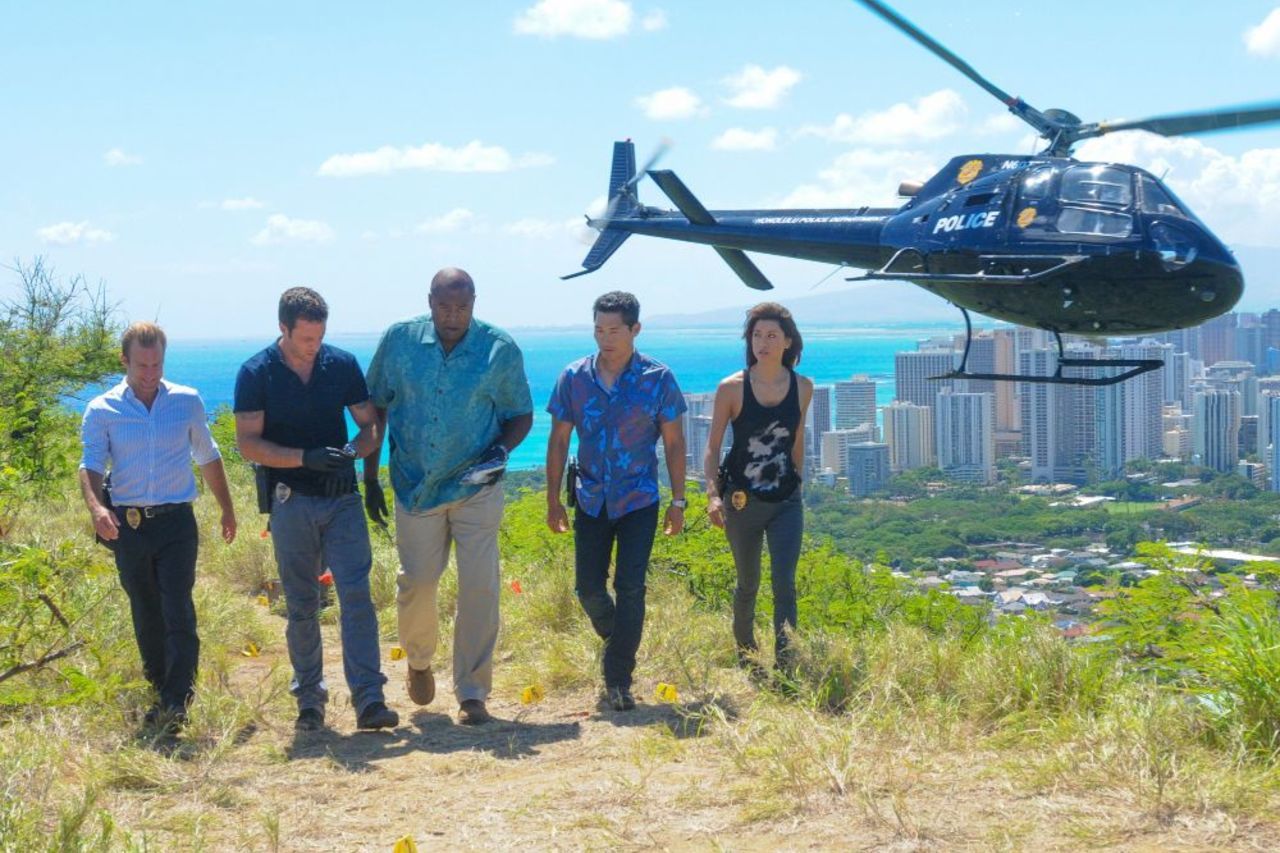 But that’s hardly the most OTT moment, as the drone soon returns to cause chaos on a beach full of surfers, swimmers, sunbathers, smartphone snappers, and every other form of human you’d expect to find in this holiday destination. And yet, it’s still not the episode’s most OTT moment. That crowning glory goes to the plane that touches down in the middle of the city, tries to take off again with the big bad on board, but is kept grounded by everyone’s favourite conspiracy theorist, Jerry Ortega.

Kono kicked serious butt throughout the show, often and easily outmaneuvering her male counterparts. But nothing she undertook displayed her physical prowess, mental fortitude, and endurance like her ocean voyage in this episode. In a nod to ancient methods of seafaring, Kono undertakes a personal mission to circumnavigate the islands on an outrigger canoe. 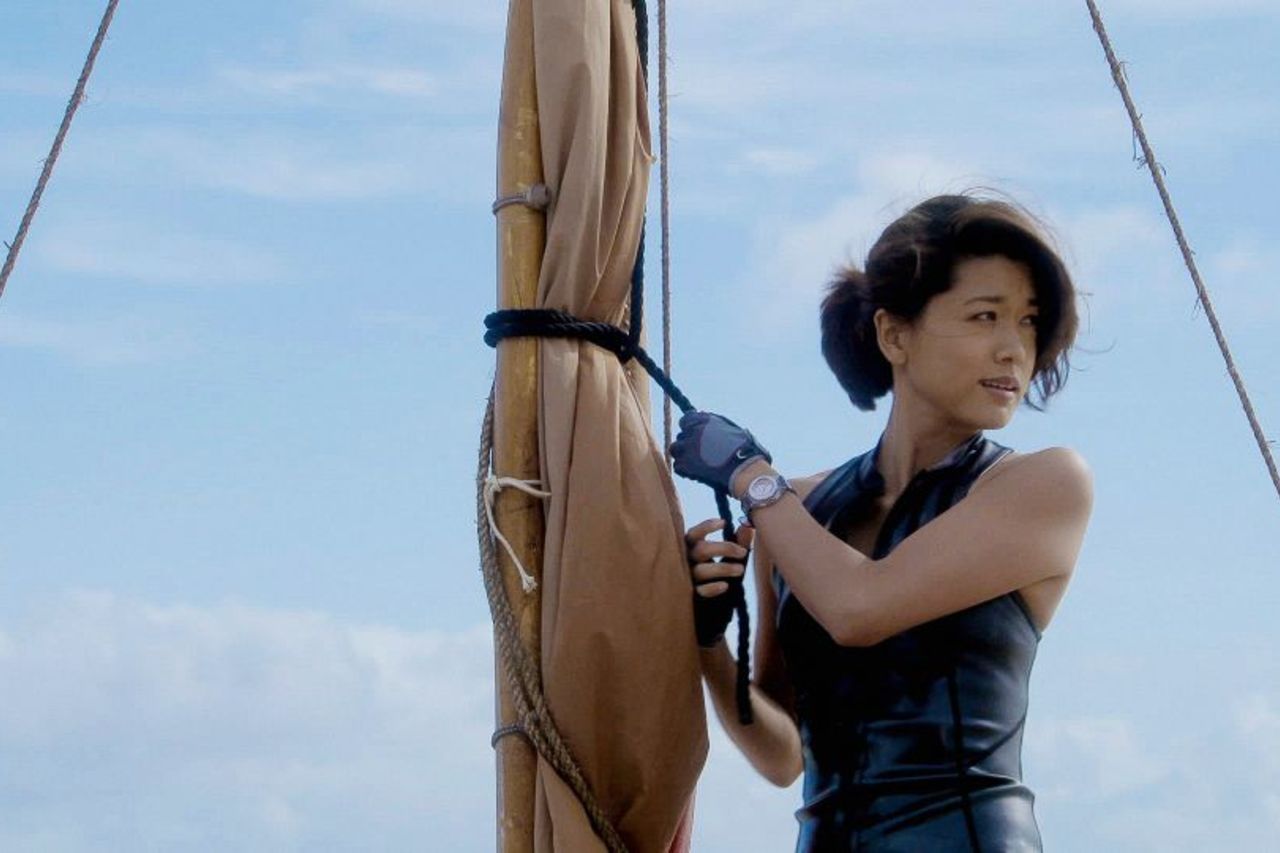 Of course, in true Five-0 style, not only does something go wrong, it goes fantastically wrong as a massive storm hits and strands Kono in the middle of the ocean. Fiercely applying every ounce of strength and skill, Kono not only survives but survives solo. The coast guard doesn’t spot her, a call to Chin fails, and this gal makes it back to land on her own in a tenacious fight for survival that makes Bear Grylls look like he’s just trying to survive his backyard. 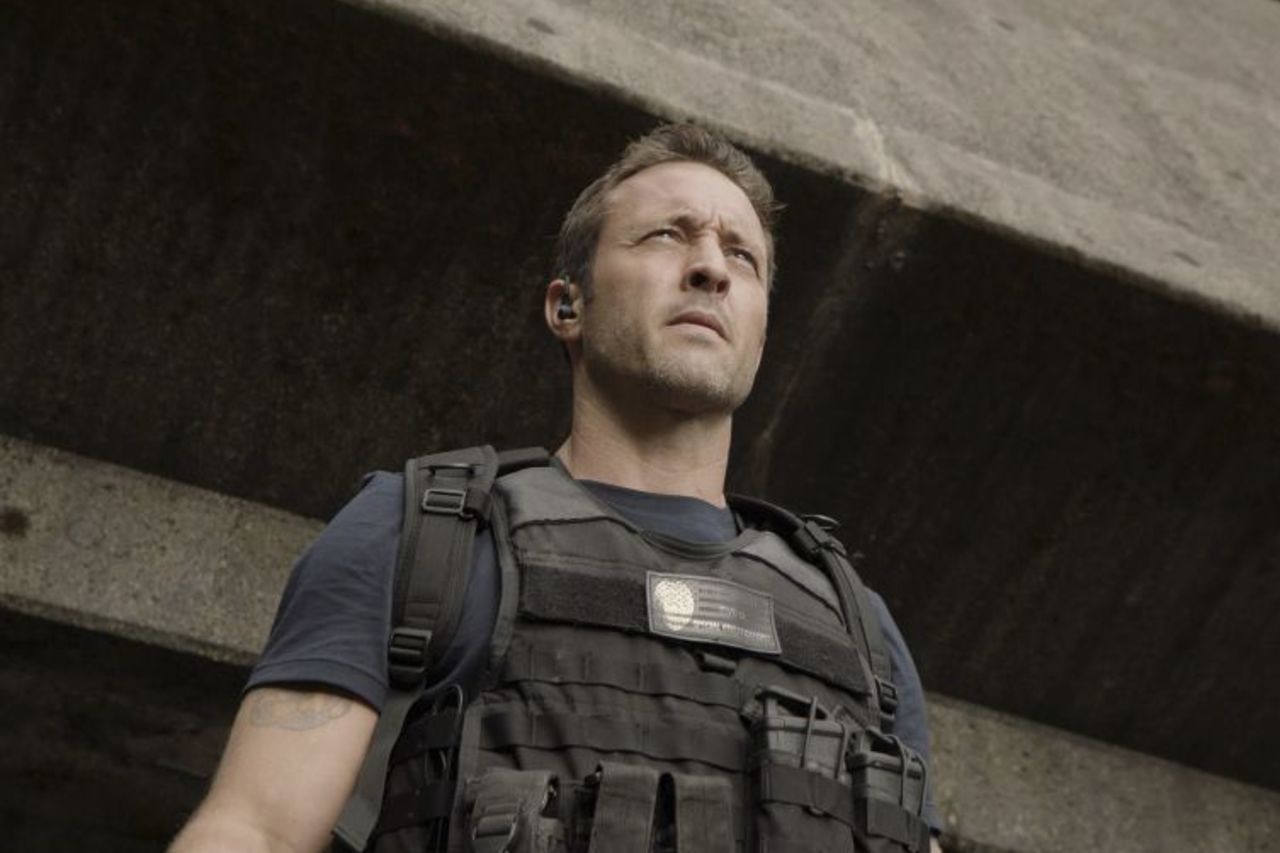 Our penultimate spot goes to Steve again, because despite Danny’s many earnest pleas, Steve threw himself body and soul into doing whatever it took to save the day. He did that quite literally in this episode when he jumped off a highway bridge onto a speeding truck and then proceeded to uncouple the trailer while on the move – because if that’s the only way to stop the villain, you can bet Steve’s gonna do it.

This episode was a special one, because it introduced new character Tani. We especially loved her intro into how kickass she is when she got into a major dust-up with the bad guy played by MMA champ Randy Couture. But nothing, nothing we had seen in the seven previous seasons prepared us for what was to come. It even got fellow fan and The Voice SA host Anele excited.

Yes, that’s right: a flying house! They uproot and lift a burning cabin with a helicopter in order to save the team. If that’s not entertainment, we don’t know what is!

What’s been your favourite crazy moment so far? Share yours on social media using #H50 and #MNet101.
Will the tenth and final season of Hawaii Five-0 be able to top any of these moments? Find out every Wednesday at 19:00, starting 20 May, on M-Net channel 101.
Want to stay in Hawaii? Stay tuned in after the show for more action on the islands with the second season of Magnum P.I.

News
Halloween in Hawaii
Chills and thrills on Hawaii Five-0.
News
Five Things We Love about Hawaii Five-0
From feel good to funny, we love these five things about the show.
News
Actors Who Have Directed Themselves
Lights. Camera. Actor.
News
The loveable dads on M-Net
We salute the fathers we see on screen.