News
06 May 2020
From feel good to funny, we love these five things about the show.
Subscribe To Watch

Sun-drenched shores and shootouts were both guaranteed at almost any moment of Hawaii Five-0. But it was never just about sun, sand, and Steve risking his neck. There was plenty more that kept us coming back week after week.

From the get-go they got it right, casting stars from Lost, Battlestar Galactica, Ocean’s Eleven, and down under to make up the very cool quartet saving Hawaii from all kinds of crazy. There was also outrageous action, family love, complicated love (we’re looking at you Steve and Catherine), and so much more.

With the show wrapping up after its tenth season (starting 20 May on M-Net), we’re looking back at five things we love about the show.

The Carguments
A big part of the show’s appeal was the love-hate bromance between Alex O’Loughlin’s Steve McGarrett and Scott Caan’s Danny Williams. Although they were constantly having a good-natured go at each other, the main site this played out was Danny’s car (a Chevrolet, in case you ever failed to notice the brand’s presence). One of their regular points of contention was the fact that Danny was hardly ever allowed to drive his own car. But this disagreement soon segued into others about risk, romance, Hawaii, New Jersey, how to handle suspects, and what to call their restaurant.

The Reunions
Daniel Dae Kim, who played Chin Ho Kelly for the first seven seasons, was arguably the most familiar face when the show started. He’d appeared regularly on hit shows Angel and 24, but was perhaps best known for his role on the groundbreaking show Lost. Shot in Hawaii, Kim moved to the islands and made them his home during the course of filming. 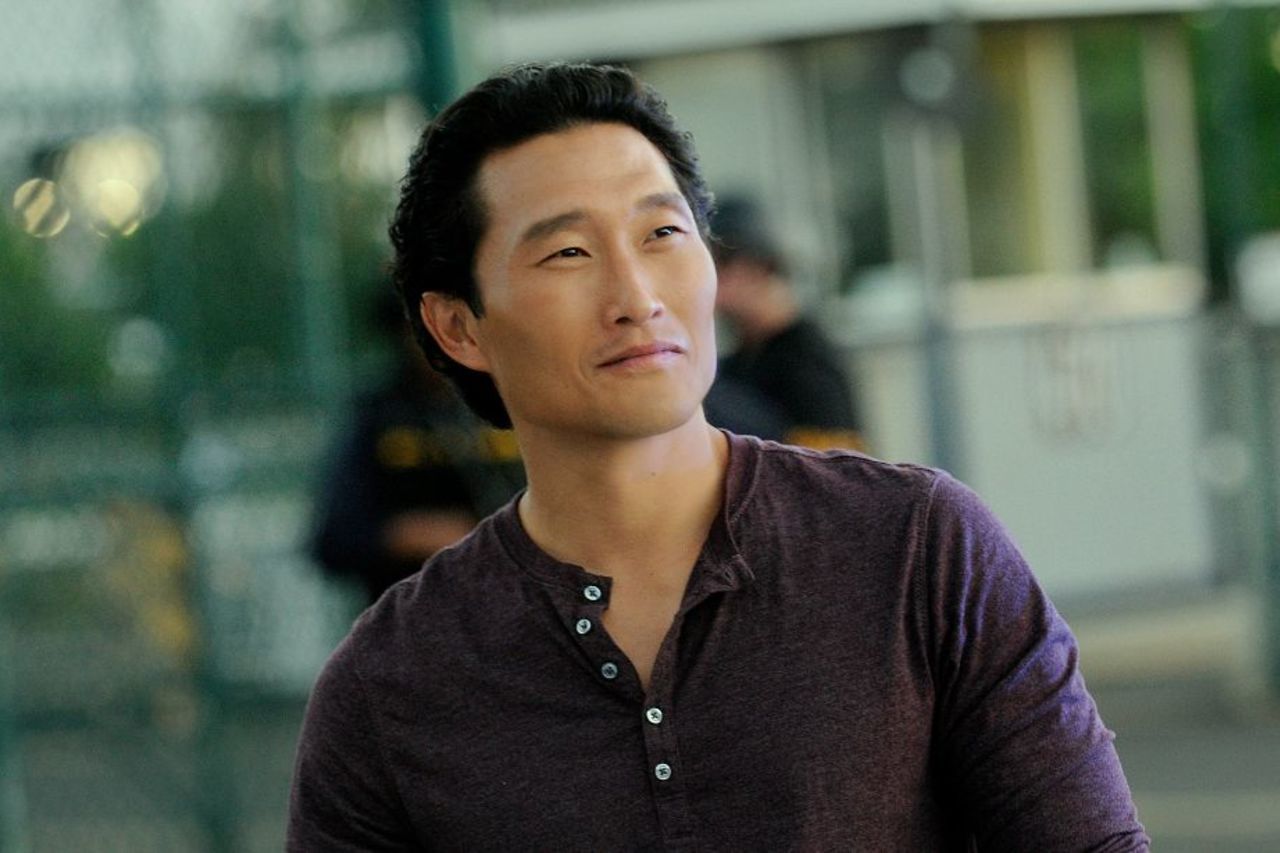 In 2010, Lost ended and H50 began, meaning Kim could stay put in his new home. It wasn’t long before he reunited with previous co-stars. Over the course of his time on H50, several Lost actors showed up. The most notable, and regular, ones were Terry O'Quinn (John Locke on Lost, Joe White on H50) and Jorge Garcia (Hurley on Lost, Jerry Ortega on H50). With Jerry’s introduction in season 4 they dropped an epic Easter egg as Chin described their time in high school together like being stuck on a deserted island all summer. 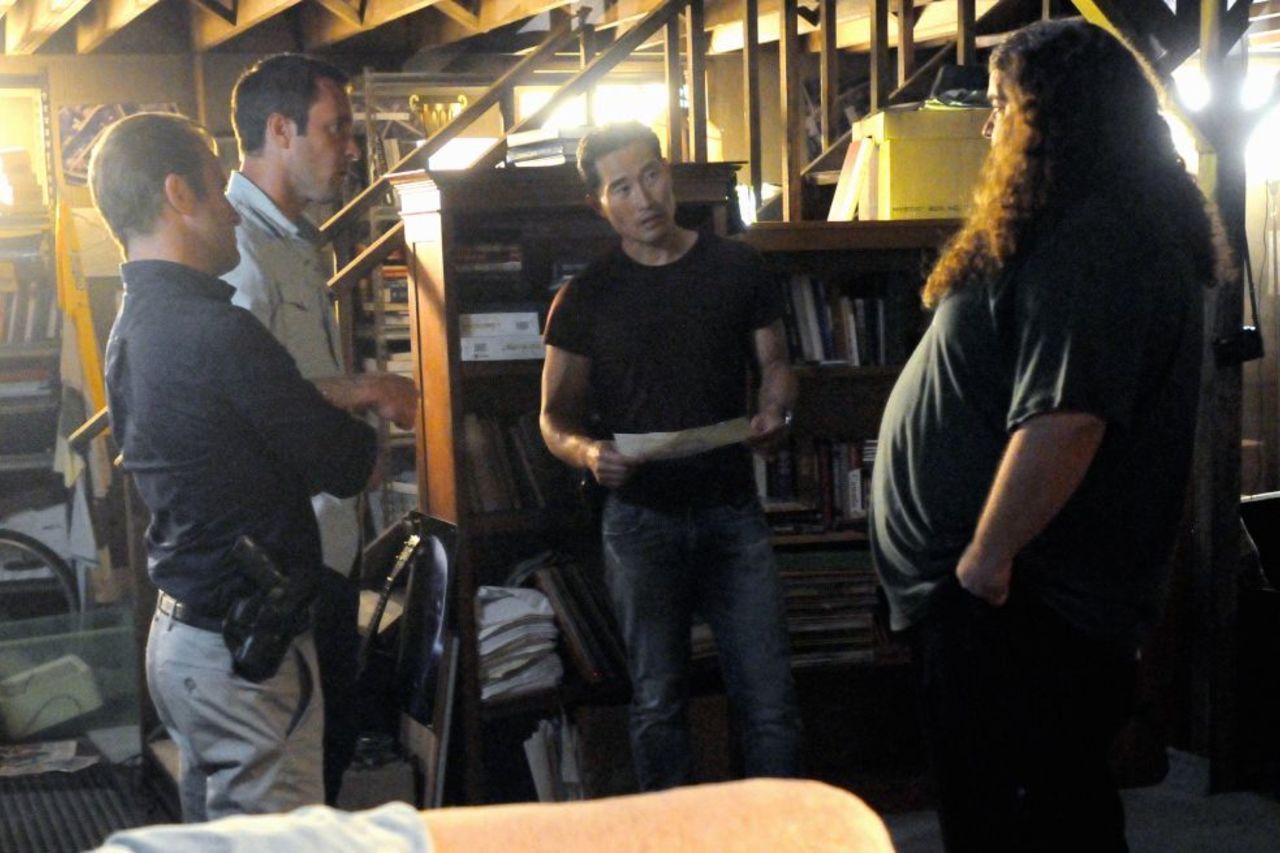 But that wasn’t all for Kim. In 24, his character briefly shared a scene with Michelle Dessler, played by Reiko Aylesworth. In H50 the actors’ time together was much longer and more significant as Aylesworth played Chin’s girlfriend-turned-wife Malia Waincroft. His later love interest, Abby Dunn, was another reunion of sorts. Dunn was played by Julie Benz, who was also a regular on Angel. 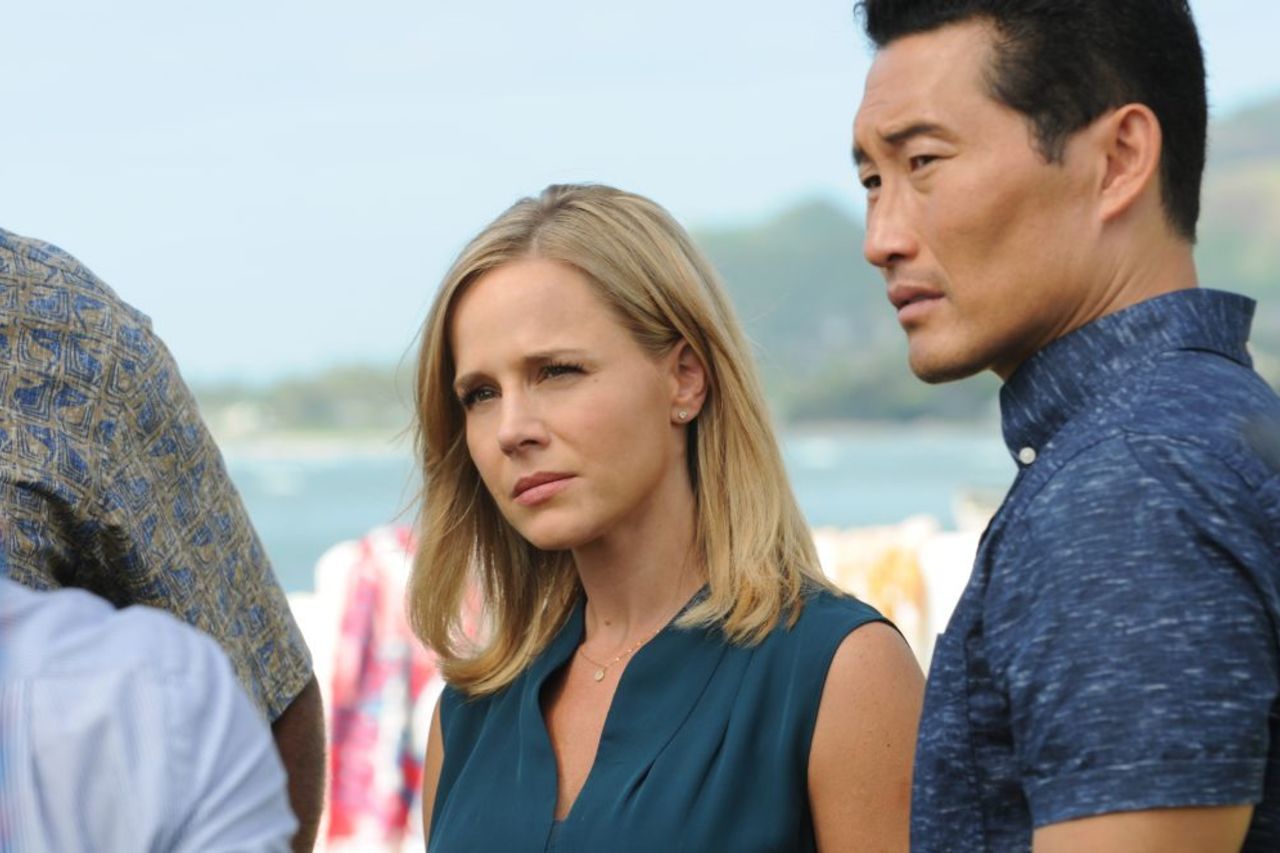 The reunions didn’t end there. Masi Oka was a fan favourite as medical examiner Max Bergman. The actor had already gained popularity on screen as Hiro Nakamura in Heroes. During H50’s second season, Oka shared a wink-wink-nudge-nudge moment with former Heroes’ co-star Greg Grunberg, when he guest starred on H50.

Keanu Reeves
Oka wasn’t just a fan favourite because of his familiar face. It was also thanks to his memorable moments on the show. One of our favourites was the Halloween episodes in which he always dressed up as a character played by Keanu Reeves. During Oka’s time on the show he appeared as Reeves’s characters from The Matrix, Bill & Ted's Excellent Adventure, Little Buddha, Point Break, Dangerous Liaisons, and John Wick. Considering that Reeves’s father was from Hawaii and the name Keanu apparently means “cool breeze” in Hawaiian, they couldn’t have made a better choice. 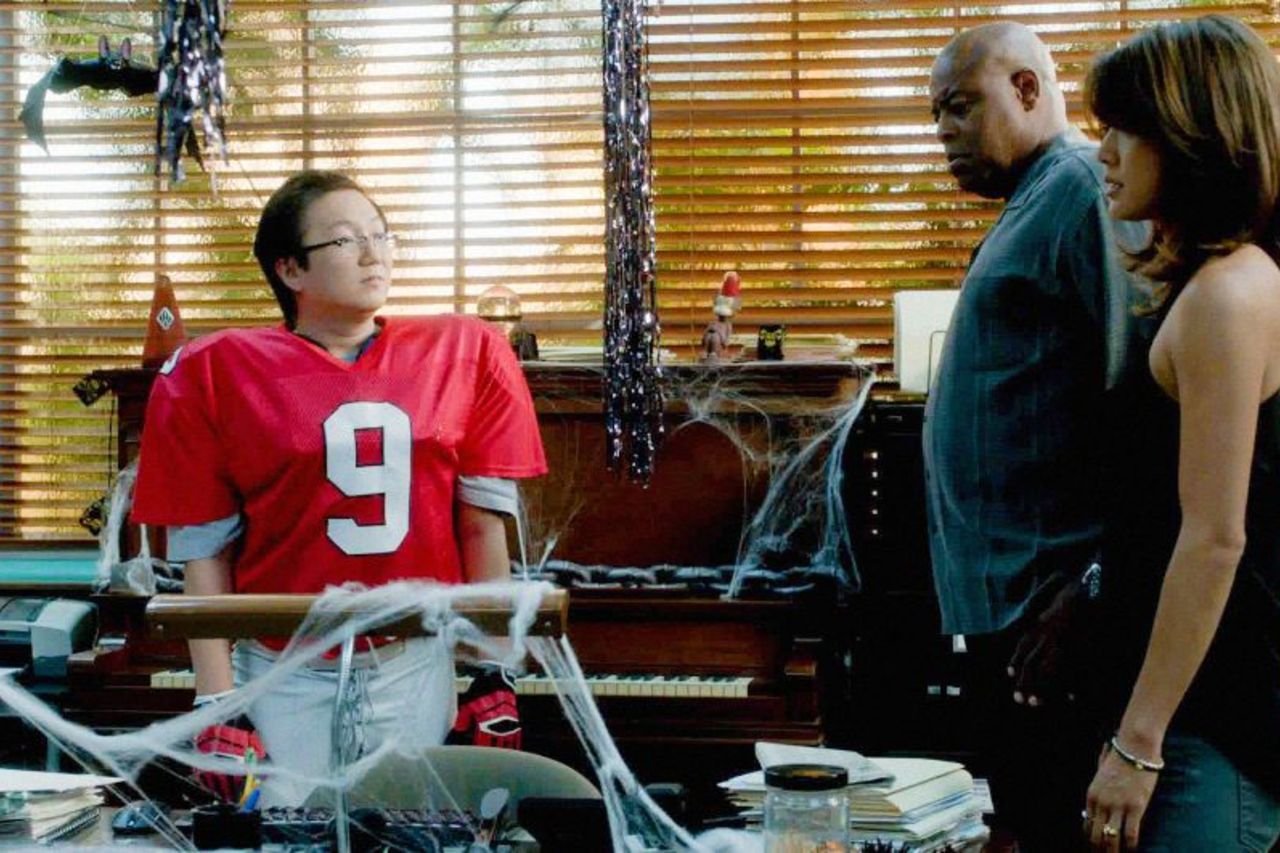 The Guests
Another fan favourite is Kamekona, the taskforce’s entrepreneurial criminal informant. A constant source of comedy and heart, Kamekona was not only an embodiment of ohana but such an integral part of the show from the start, we still can’t believe he only became part of the title sequence in season 8. There were many other faithful regulars also ready, willing, and able to help the taskforce, including Duke, Charlie, Flippa, Pua, and even Sang Min. 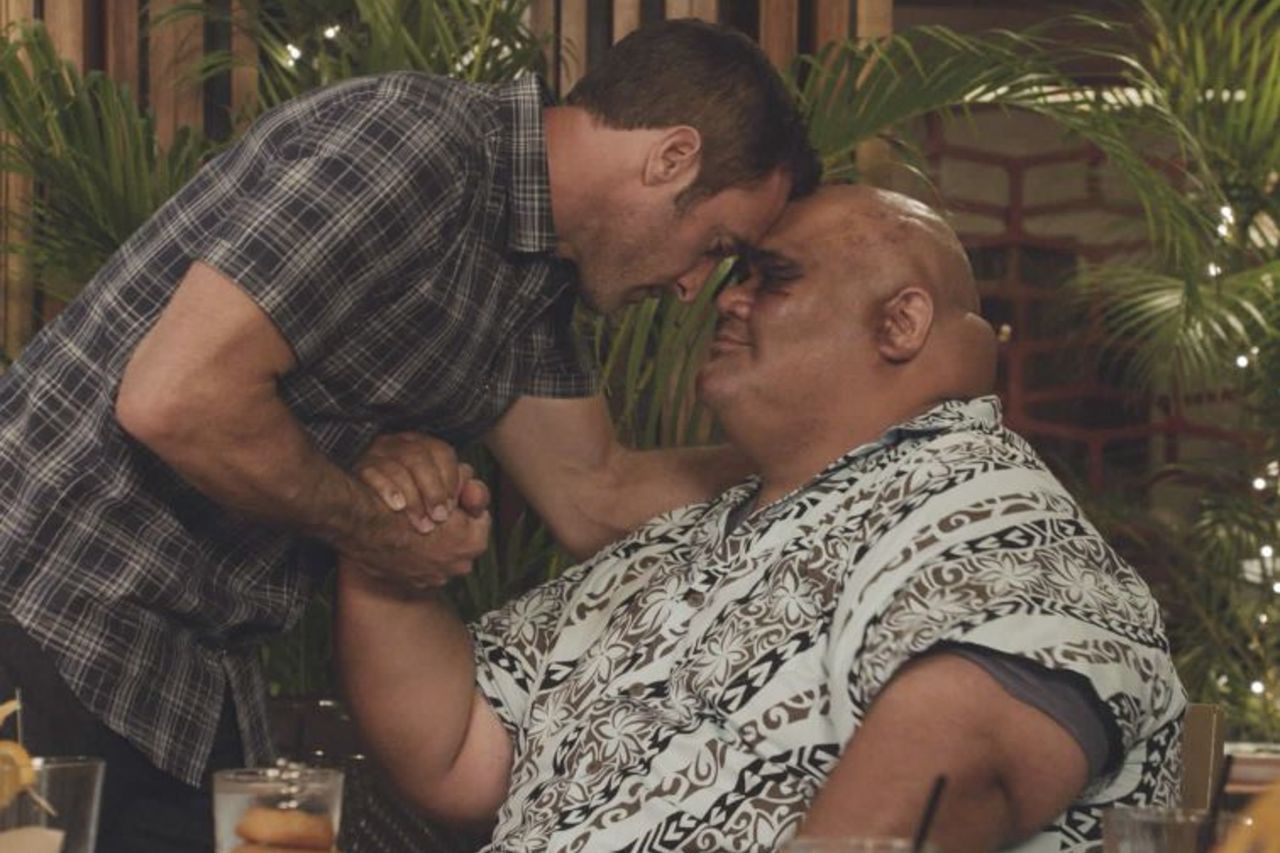 A lot of well-known faces also dropped in from time to time. Carol Burnett, Michael Madsen, George Takei, Peter Weller, and Chuck Norris all had their moment in the Hawaiian sun.  One of the most memorable, however, was James Caan. The Godfather actor not only had a great guest role on the show, but it also gave him another chance to appear alongside his son, Scott Caan.

Hawaii
The 50th state is more than just a setting, it’s a character - and the writers went the extra mile in many episodes to pay tribute to the islands by including Hawaiian heritage and history in the stories. From highlighting ohana and titling episodes in Hawaiian to incorporating the Nation of Hawaii struggles and dedicating a flashback episode to the 1941 Pearl Harbor attack, H50 found many ways to show that there is a lot more to Hawaii than sun, sand, and Steve risking his neck.

What do you love about Hawaii Five-0? Share your thoughts on social media using #MNet101 and #H50.
Join us on M-Net channel 101 for the tenth and final season every Wednesday at 19:00 from 20 May.
Stick around afterward for more Hawaii-based action on Magnum P.I. season 2.