Five Things about The Last of the Starks – Game of Thrones

News
07 May 2019
Five things we loved about Game of Thrones Season 8 Episode 4.
Subscribe To Watch

The somber opening of The Last of the Starks gave us all another chance to bid farewell to those who lost their lives in battle. But then it was off to the halls of Winterfell to recover with wine, ale, and coffee, before preparing for one more war.

Time to Celebrate!
It’s about time there was something at Winterfell that wasn’t all doom and gloom. And our favourite characters definitely deserved it. Post-battle, the survivors shared in a moment of revelry, including a drunken, Westerosi version of “never have I ever”. Daenerys heightened the happy air by legitimising Gendry, son of the man who wanted to murder her, and giving him Storm’s End – a clever move on Dany’s part, but one Gendry deserves. Not only has he fought wights beyond the wall and in the Battle of Winterfell, he’s also one of Westeros’s few all-around good guys. 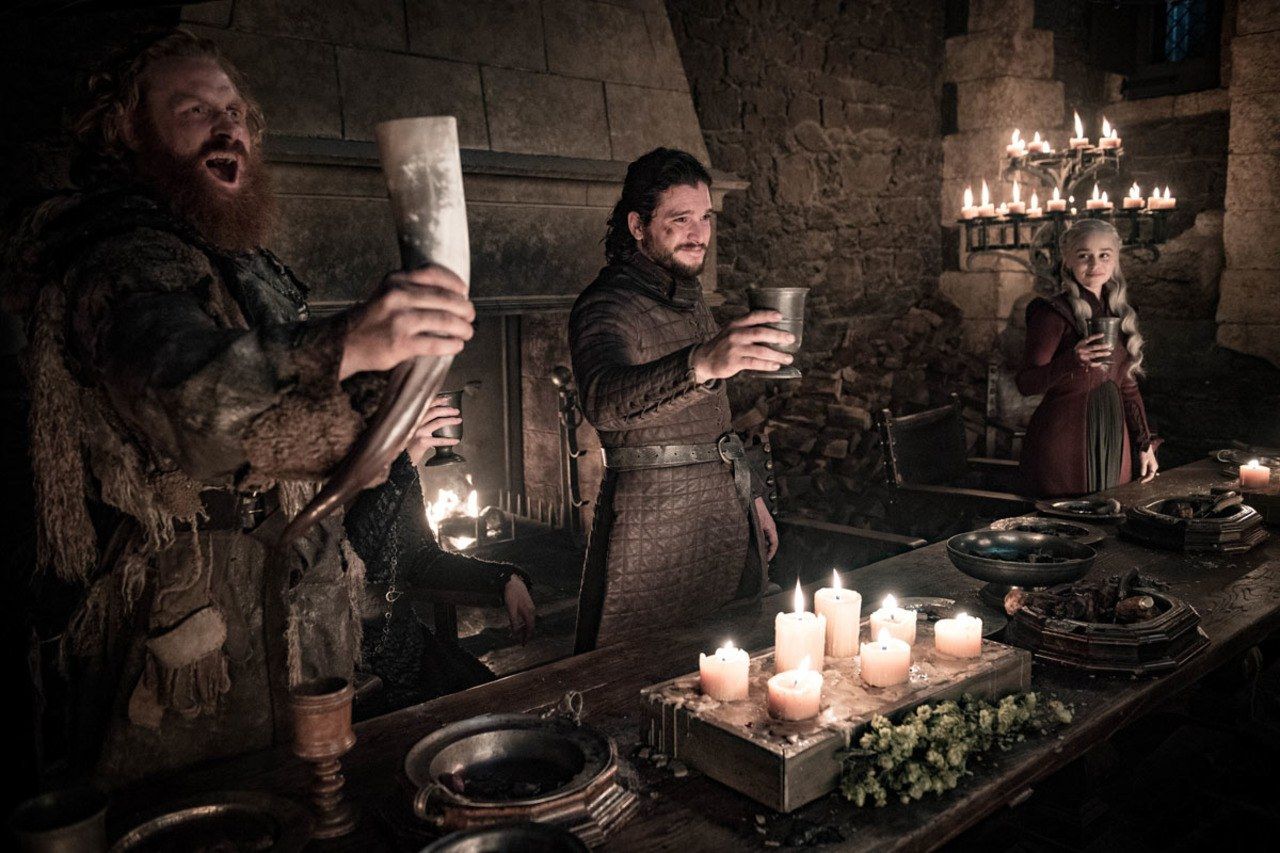 Ghost
It was heartbreaking to watch Arya let go of Nymeria in Season 7, and we had to endure the same in The Last of the Starks. It was heartening to know Ghost survived the battle, but we’ll still miss these magnificent creatures, now that Jon has sent his direwolf back to the wild, where he’ll be happiest. It’s probably for the best: if they’re out of the picture, we won’t have to see any more direwolves die. 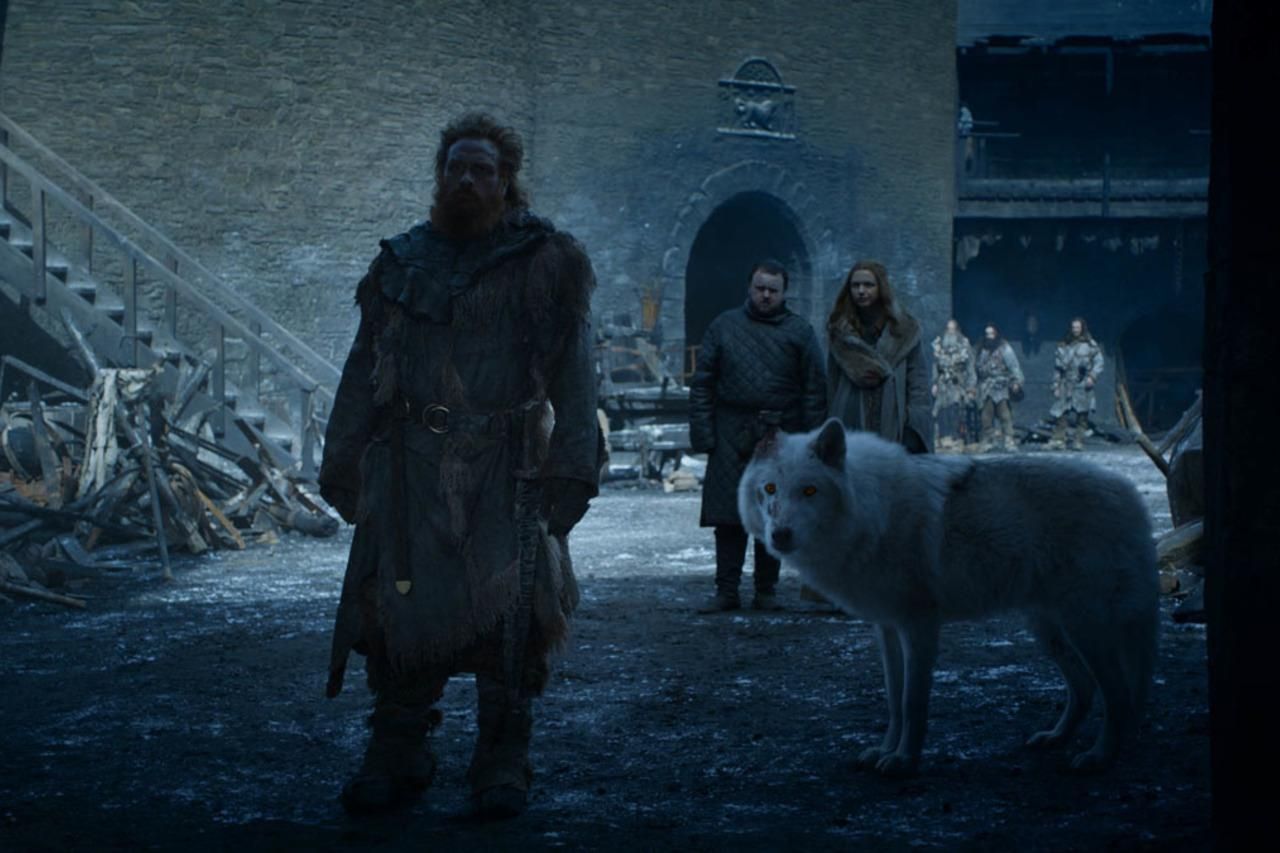 Destiny
This loaded word speaks to two characters whose journeys have become intriguingly unpredictable: Daenerys and Jaime. Dany – like her beggar king brother before her – is reduced to begging Jon to keep his heritage a secret; and later, explicitly speaks of destiny. Considering everything she’s achieved and lost in fighting for her claim to the throne, can you really blame her for clinging to it? Jaime, meanwhile, seems to think he’s doomed to be a douche. He can’t let go of the mistakes he’s made, and although he doesn’t talk of destiny, he seems to think his path needs to lead back to Cersei. We think it may, but what will he do when he reaches its end? 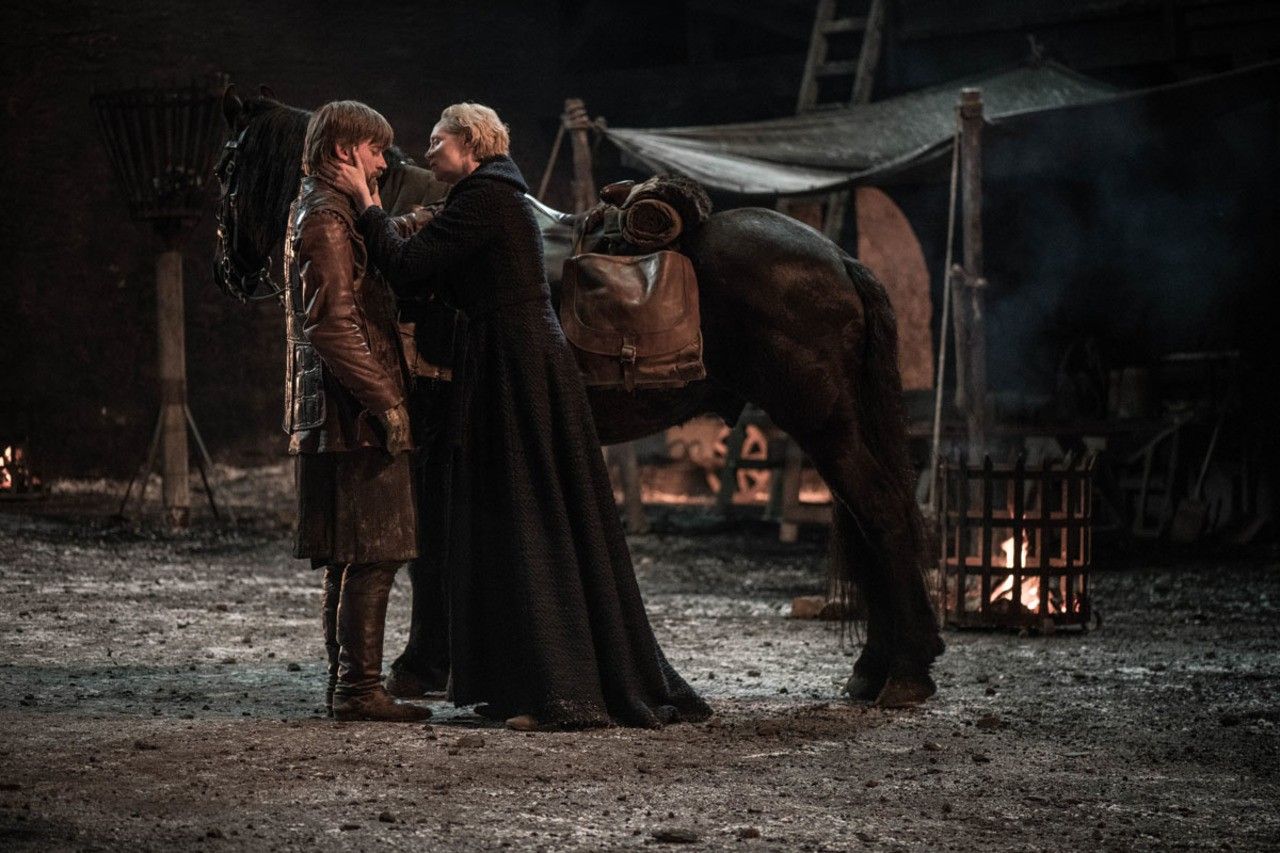 Dracarys
The demise of a dragon is always doubly horrifying because they seem so invincible. They’re huge, they’re scaly, they’re fantastical, and yet still they can be killed. We’d barely recovered from the awful deaths in The Long Night when we had to watch Rhaegal plummet to a watery grave. To rub salt in the wounds, Missandei was kidnapped and, as naïve as if we’d never watched this show before, we hoped she’d somehow survive. But she was taken by Cersei so of course she didn’t. Still, it was a stunningly dramatic moment, perfectly framed by director David Nutter, with Missandei’s parting words a fiery rebuke to her killers. 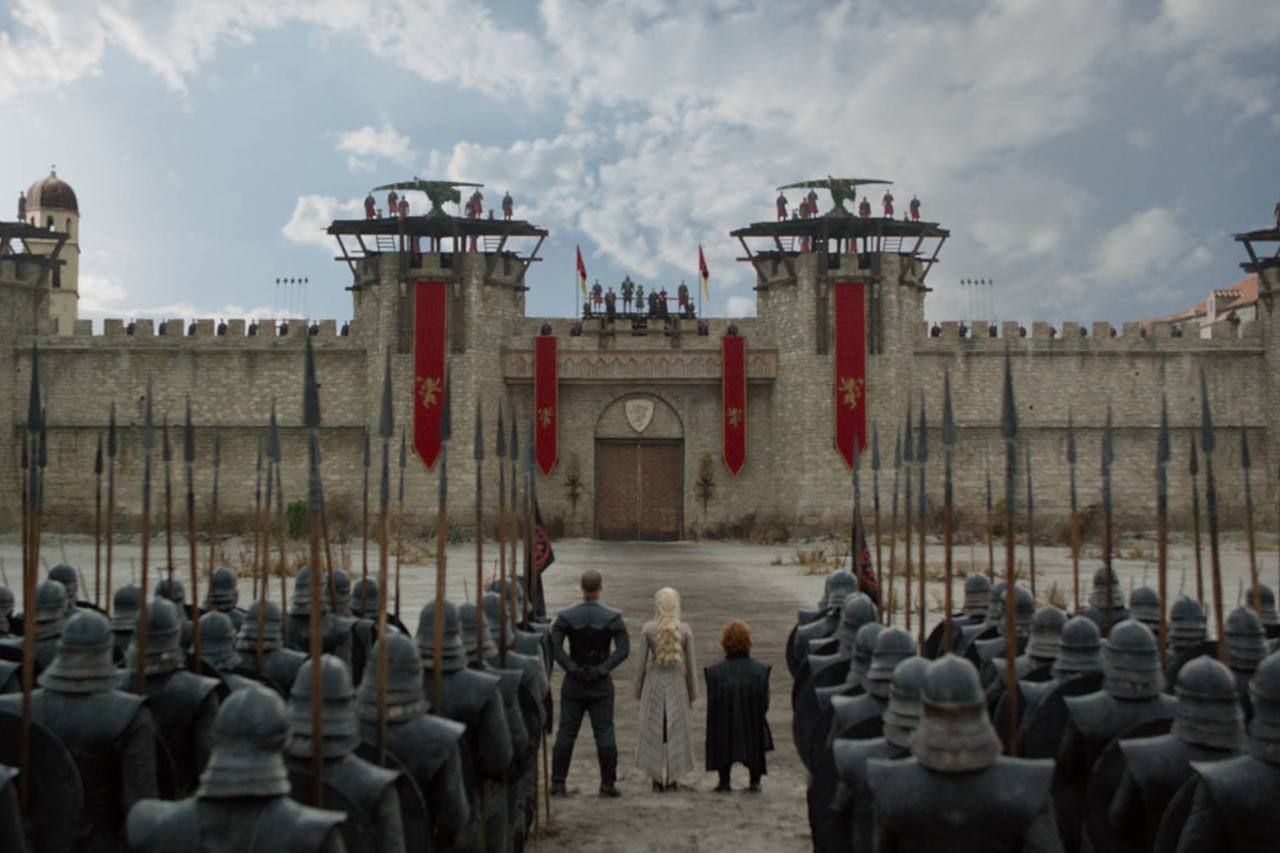 Who Ordered the Latte?
Game of Thrones may deliver on every level, but even the best of us are guilty of the occasional faux pax. Eagle-eyed fans spotted a very modern cup of coffee sitting on Dany’s table during the festivities in Winterfell. Fans, of course, flocked to social media to giggle over the gaffe in the Game of Memes, but nothing was quite as brilliant as the response from the show itself.

The latte that appeared in the episode was a mistake. #Daenerys had ordered an herbal tea. pic.twitter.com/ypowxGgQRl

Now it’s queen vs. queen in the bloody game of thrones. Make sure you’re watching the as-yet-untitled fifth episode on Monday 13 May. It’s the penultimate episode, and if Game of Thrones’ history is anything to go by, it’ll be the season’s biggest. Watch: