Producer Blog: Time to Step Up

News
09 December 2018
If nothing changes for the children at Kwezi Lukos and Sigcau after this report, we have all failed them – me, you, the Eastern Cape Department of Education and national government.

As a documentary producer you spend your life looking at the underbelly of humanity; it’s our daily grind. Part of the job is to connect, empathise, but still remain neutral. Your feelings towards what a person has or has not done do not matter. You aren’t there to judge, you are there to get as close to the truth and then translate that truth into a TV show or film.  Every once in a while though there is a story that gets so deep under your skin that neutrality becomes incredibly difficult. The recent story on the special needs schools in the Eastern Cape was one such story for me.

I had been to visit both Kwezi Lukosa and Sigcau a few times before the actual shoot. My thinking was that, when we finally gained access, the Department of Education would make sure they at least tried to cover up how bad the situation was on the ground. But, lucky for us, there was no such initiative. In fact, what we saw on our official visits were in some ways worse than what I saw when no one knew who I was. 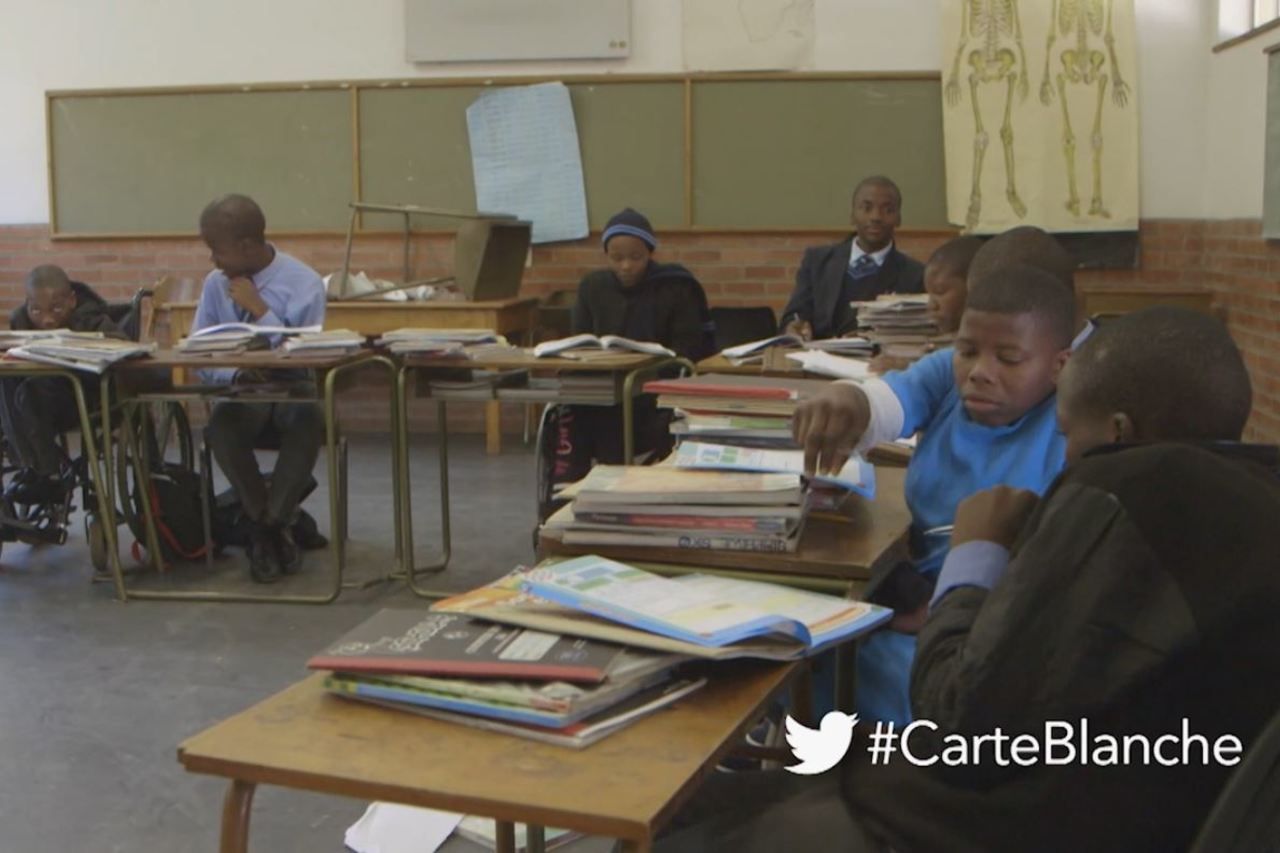 Throughout this story I just kept thinking: but these are children! Vulnerable children who need someone to look after them. They need someone to have their backs! To me, there was no excuse for the way they were being treated. I felt that nothing that we were told was a valid excuse.

In my mind these kids with severe disabilities were taking better care of each other than any adult. They pushed each other’s wheelchairs around, they helped each other get dressed and served food to those who couldn’t. They are being forced to be adults when in fact they should be allowed to be children.

If nothing changes for the children at Kwezi Lukos and Sigcau after this report, we have all failed them – me, you, the Eastern Cape Department of Education and national government.

When we can no longer rely on the State to take care of vulnerable children, civil society has to step up to the plate. And so many of you did after this story aired. Anel Annandale made it her mission to find a child psychologist to assess Iviwe so we can try and get him properly placed. According to Iviwe’s report, he was never supposed to be in a special needs school and was therefore incorrectly placed. Anel has organised Nicole Buhr who will be doing the assessment near Sigcau on Monday 27 August. 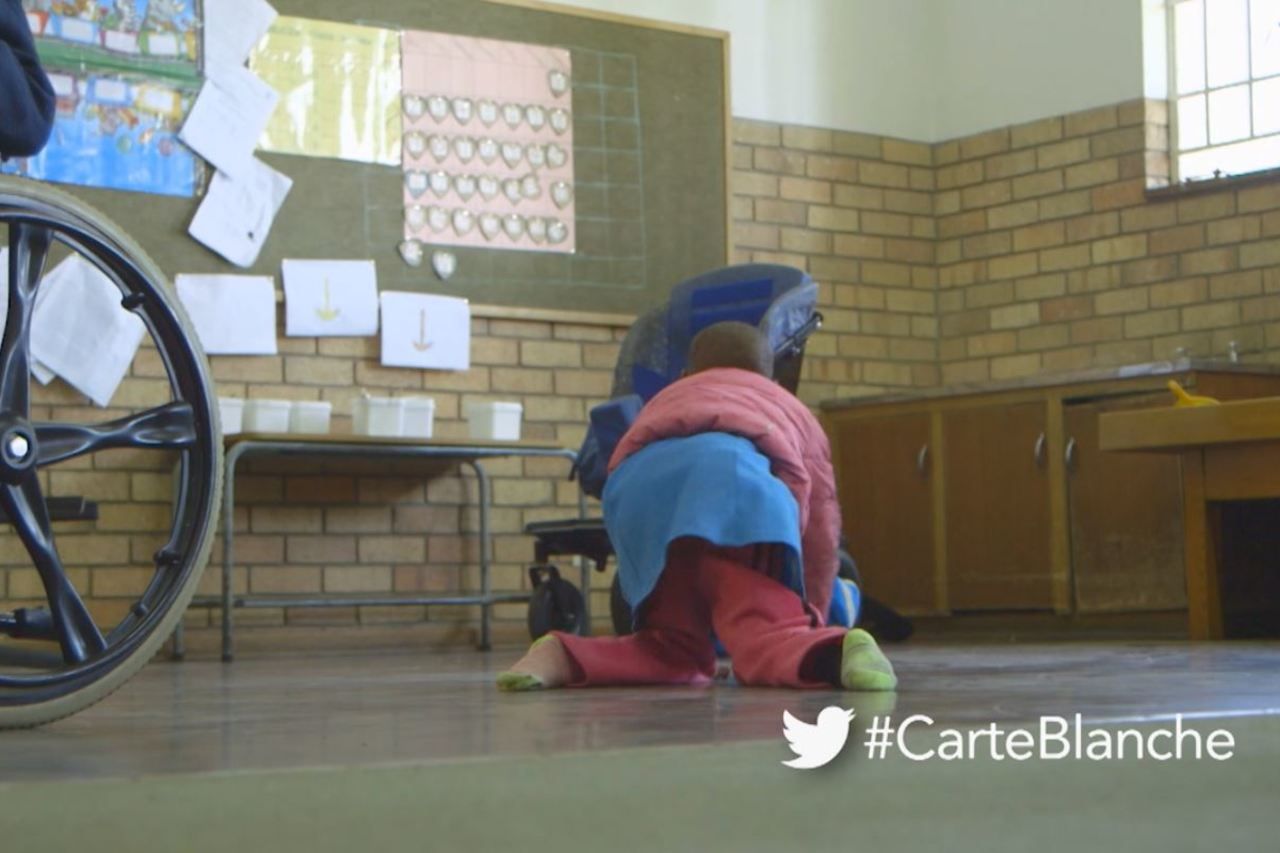 I have been helping Helana Olivier put together a list of needs; she is busy approaching NGOs and big business to come to the party. You can reach her directly on [email protected] if you want to get involved.

Then, Suré Tredoux is a body stress release practioner and recently did work with disabled children in Zambia and says they had “miraculous” results. She has started a GoFundMe campaign to raise funds to spend a week at Kwezi Lukosa working with the children and training the teachers. You can support her project here.

This story, although difficult to tell, has shown once again that truth can bring change.

Video
Electric avenue
𝗧𝗵𝗶𝘀 𝘀𝘁𝗼𝗿𝘆 𝗼𝗿𝗶𝗴𝗶𝗻𝗮𝗹𝗹𝘆 𝗮𝗶𝗿𝗲𝗱 𝗼𝗻 𝟭𝟬 𝗝𝘂𝗹𝘆 𝟮𝟬𝟮𝟮. With fossil fuel prices soaring, and climate change concerns peaking, now would seem like a good time to start the electric vehicle revolution. But with only a few thousand private electric vehicles on South African roads, will it be up to mass transport projects to bring the country in line with new technology and global mobility trends? Less than a quarter of the nation’s households own a car, so the real challenge is how to shift minibus taxis and passenger buses from diesel and petrol to electric. Is the aim of reducing the transport industry’s carbon footprint even feasible when faced with cash-strapped budgets? Carte Blanche meets the innovative engineers behind early projects that will shape the roll out of electric vehicles to move the masses despite the ongoing crisis of loadshedding.
Video
Coming up on 21 August - Dust and disease
Poison hidden in plain sight: black manganese dust, blasted from the iconic Kalahari Basin and trucked to the port of Port Elizabeth in vast amounts. But could the manganese rush be making Nelson Mandela Bay and its people sick? Your favourite episodes are now available on Carte Blanche: The Podcast: https://linktr.ee/carteblanchetv
News
[Claire's Blog] Who Are You, Really?
I left feeling validated as a South African that a group of indigenous people, who had previously felt dismissed and forgotten in our recorded history, were finally seen and acknowledged in such a powerful way.
News
Carte Blanche Elections Roadshow: Eastern Cape
Who could have imagined that close on 30 years into our democracy the Eastern Cape - birthplace to ANC stalwarts like Nelson Mandela, Oliver Tambo, Walter Sisulu and Chris Hani - would be arguably the country’s worst performing province?