Of Guns and Gangs

News
25 January 2017
Senior Superintendent Chetty cuts an impressive figure. A dyed in the wool law-enforcer, his tunic is immaculately pressed, and he has the handshake of a British-Columbian lumberjack. I imagine he was the police college equivalent of the class nerd, scoring full marks for firearm proficiency and practicing choke-holds on bags of maize.

He’s striding between marked police vehicles, barking orders to members of his specialised gang units and yelling into his cell phone. We’re at the bus terminus on the outskirts of Hanover Park, across the road from the municipal swimming pool. It’s a hot day but nobody’s swimming.

“I’ve forgotten my vest”, Chetty says, walking up to our vehicle. He gives a fatalistic shrug, and clears his throat for the first of several on-camera interviews.

Flak jackets have become standard uniform for Cape Town’s Metro Police units responsible for patrolling the ganglands of Hanover Park and Mannenberg. Journalists, too, are required to phone through their sizes prior to joining the stop-and-search operations conducted from time to time. In our case, they were handed out at a briefing at the Philippi Police Station. Chetty had clearly been distracted.

"Hanover Park and Mannenberg are among the most notorious: concrete and corrugated iron battlefields, a perverse Century Somme and Delville Wood where bloodlust is mistaken for valour."

Or perhaps, like us, he considered the vest’s additional weight a hindrance. In an environment in which the trappings of middle class outdoor existence – like shade – are considered superfluous, Kevlar isn’t the ideal accessory. There is, too, the nagging sense that you might as well have a luminous bull’s eye painted on your back. 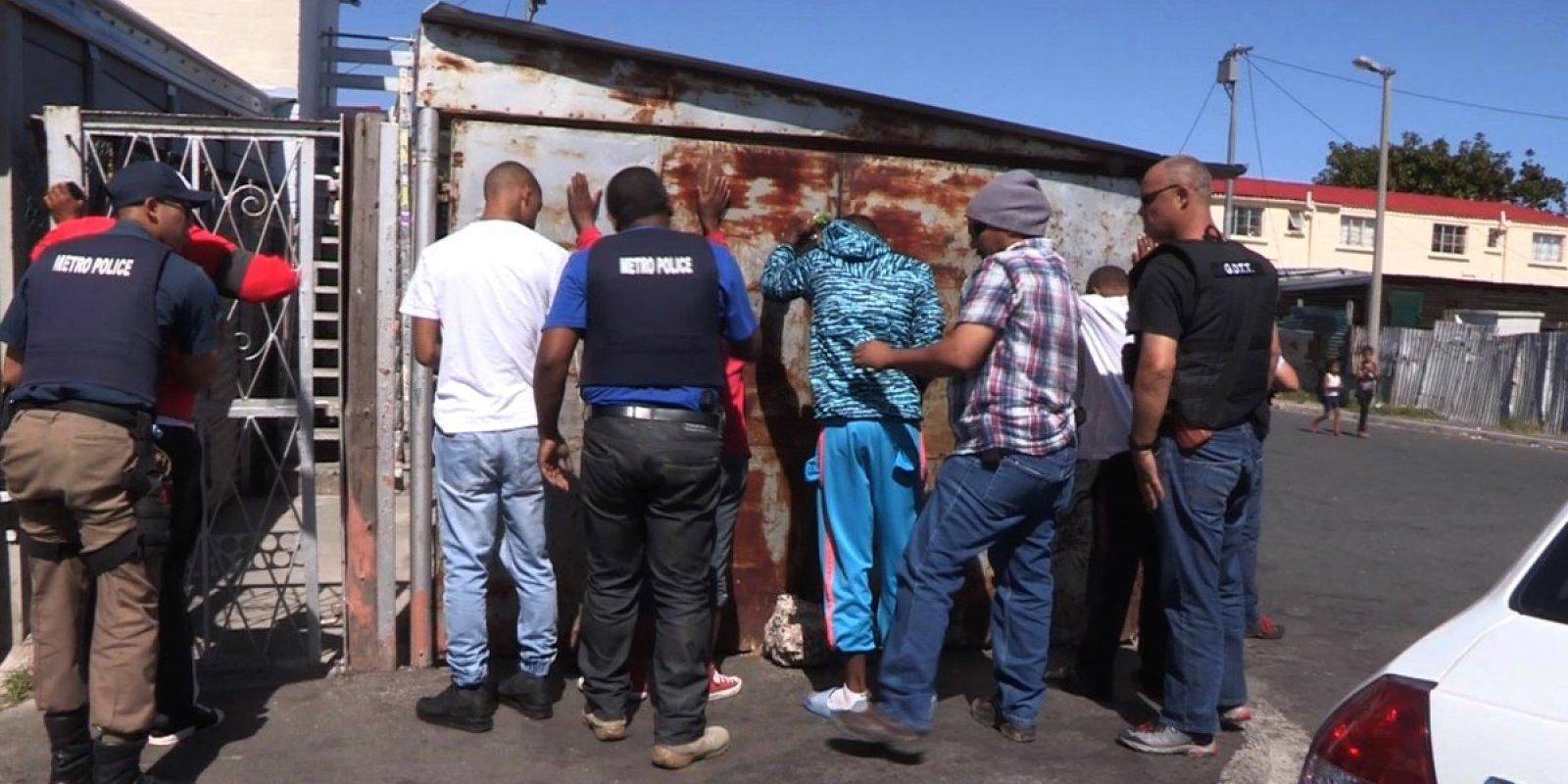 But, righteous indignation has no place on the Cape Flats. As incongruous as a journalist in body armour might appear in down-at-heel suburbia, pragmatism trumps appearance. There’d been a recent spike in gang-related shootings; the latest victim a Metro Police officer shot in the stomach.

Chetty has been at the helm of the Metro Police in this part of Cape Town for the past 15 years. His area of command encompasses some of the city’s most crime-ridden and violent suburbs. Of those, Hanover Park and Mannenberg are among the most notorious: concrete and corrugated iron battlefields, a perverse Century Somme and Delville Wood where bloodlust is mistaken for valour.

Here, law enforcement is complicated by the proximity of the rival gangs. Their territories are often separated by nothing more than a thin wall of vibracrete or narrow street; the staging grounds for their conflicts, the wretched tenements so infamous in these areas of Cape Town. When adversaries live within sight of each other, the antagonism and threat of violence are constant.

The City of Cape Town has invested in American technology called ShotSpotter that is able to identify the source of gunshots with extraordinary accuracy. Anecdotal evidence suggests the gangs are dumbfounded as to what alchemy is behind the arrest of their ‘shooters’ within moments of firing a weapon. NGOs operating in the area say there’s a renewed interest in mediation as a means to end conflict and, where shots are fired, they tend to be in shorter bursts.

But, it remains the job of Senior Superintendent Chetty and his dedicated officers, in partnership with NGOs like Ceasefire, to augment the technology with boots on the ground. ShotSpotter may have evened the odds in the battle against the gangs, but its ultimate success hinges on effective community policing.

Video
Welcome to Funny Farm
𝗧𝗵𝗶𝘀 𝘀𝘁𝗼𝗿𝘆 𝗼𝗿𝗶𝗴𝗶𝗻𝗮𝗹𝗹𝘆 𝗮𝗶𝗿𝗲𝗱 𝗼𝗻 𝟭𝟮 𝗝𝘂𝗻𝗲 𝟮𝟬𝟮𝟮. In an extraordinary settlement in the heart of suburban Gauteng, outlaws, gunrunners, and child traffickers flourish. They call it Funny Farm – a community of about 130 people where families and their young children live among the criminal masterminds that coerce and conspire to send out gangs to steal cables and stage home invasions and hijackings in nearby Alberton. Carte Blanche reveals the desperate plight of innocents caught in the crossfire: people who need a safe place but are forced into a life of crime. With the camp mushrooming on land owned by the Gauteng Department of Education, who should curb the camp's expansion and clamp down on the criminals who’ve made it their headquarters?
Video
The legend’s way
𝗧𝗵𝗶𝘀 𝘀𝘁𝗼𝗿𝘆 𝗼𝗿𝗶𝗴𝗶𝗻𝗮𝗹𝗹𝘆 𝗮𝗶𝗿𝗲𝗱 𝗼𝗻 𝟭𝟵 𝗗𝗲𝗰𝗲𝗺𝗯𝗲𝗿 𝟮𝟬𝟮𝟭. Sheldon Tatchell’s story could have been very different. Born on some of Joburg’s toughest streets, the lure of gangs and criminal celebrity was pervasive. But, handed a pair of hair clippers at a young age, he resisted a life of easy money and hard time and instead built an empire. What began as a street-corner barber service in Eldorado Park, has grown into one of the country’s biggest franchises, counting local and global celebrities among its clients. Tatchell shares how he has cut his way to the top of this growing market.
News
Fake Cops: Things to Look Out For
If you have doubts about the credentials of someone claiming to be a police officer, there are steps to follow should you feel at all unsafe. It is important to remain calm and rational at all times.
News
Chernobyl: Gaining Access to an Exclusion Zone
Those who know me will find this surprising, but I paid careful attention to my wardrobe before heading to Chernobyl.  Apart from a brief period at university when I pierced my ears and spent lavishly on stove-pipe jeans and velvet jackets, I’ve never given more than fleeting consideration to matters sartorial.  Hence, I sometimes appeared on camera looking like I’d dressed myself while blindfolded.