News
15 March 2020
Having a meerkat as a pet has become the new ‘in thing’, but it is the worst thing you could possibly do to these animals. They are very social animals and cannot survive on their own...

We have known Flower and her mob for a very long time now and we love all the antics and how cute meerkats are in the wild. The flipside though unfortunately is not cute and a totally different story.

Having a meerkat as a pet has become the new ‘in thing’, but it is the worst thing you could possibly do to these animals. They are very social animals and cannot survive on their own, every individual in the mob has a place and a purpose and together they function and survive. They interact with one another 24/7 and they need that to thrive. A dog or a cat needs the attention of his or her owner, but meerkats need a lot more interaction on a continual basis, which we as humans are unable to give them. Leaving them at home while the family (now his/her mob) is away the whole day, causes the meerkat to experience intense stress, as the mob is its means of survival. It does not matter that there is food and water and other company available, they are programmed to need their mob and to have other meerkats as company.

Social hierarchy and having your place in the mob is also how they are programmed to function, and it is a matriarchal family structure, where the Alpha female is the leader of the mob and the only female allowed to have pups. Should another female give birth the Alpha will eat them. So, the other females will stop ovulating all together, not fall pregnant and will help raise the Alpha female’s pups. Individuals do get evicted from the existing mob often – usually the younger ones that are offspring of the Alpha pair that could become a rival for this reigning pair. This also protects the species from inbreeding.

As soon as you have a meerkat as a pet you must fall in with the pre-programmed social hierarchy, which might become a serious battle for Alpha position between you and your favourite pet. Meerkats can inflict serious injuries when they do attack and it might be you, your spouse, children or even guests. They are part of the mongoose family, which are all rabies carriers, which means that even though they may not show symptoms they may have it. Their diet consists mainly of scorpions and other insects which is hard to duplicate with the domestic animal food available and we get so many meerkats that have severe diarrhoea, rickets, malnutrition, etc... 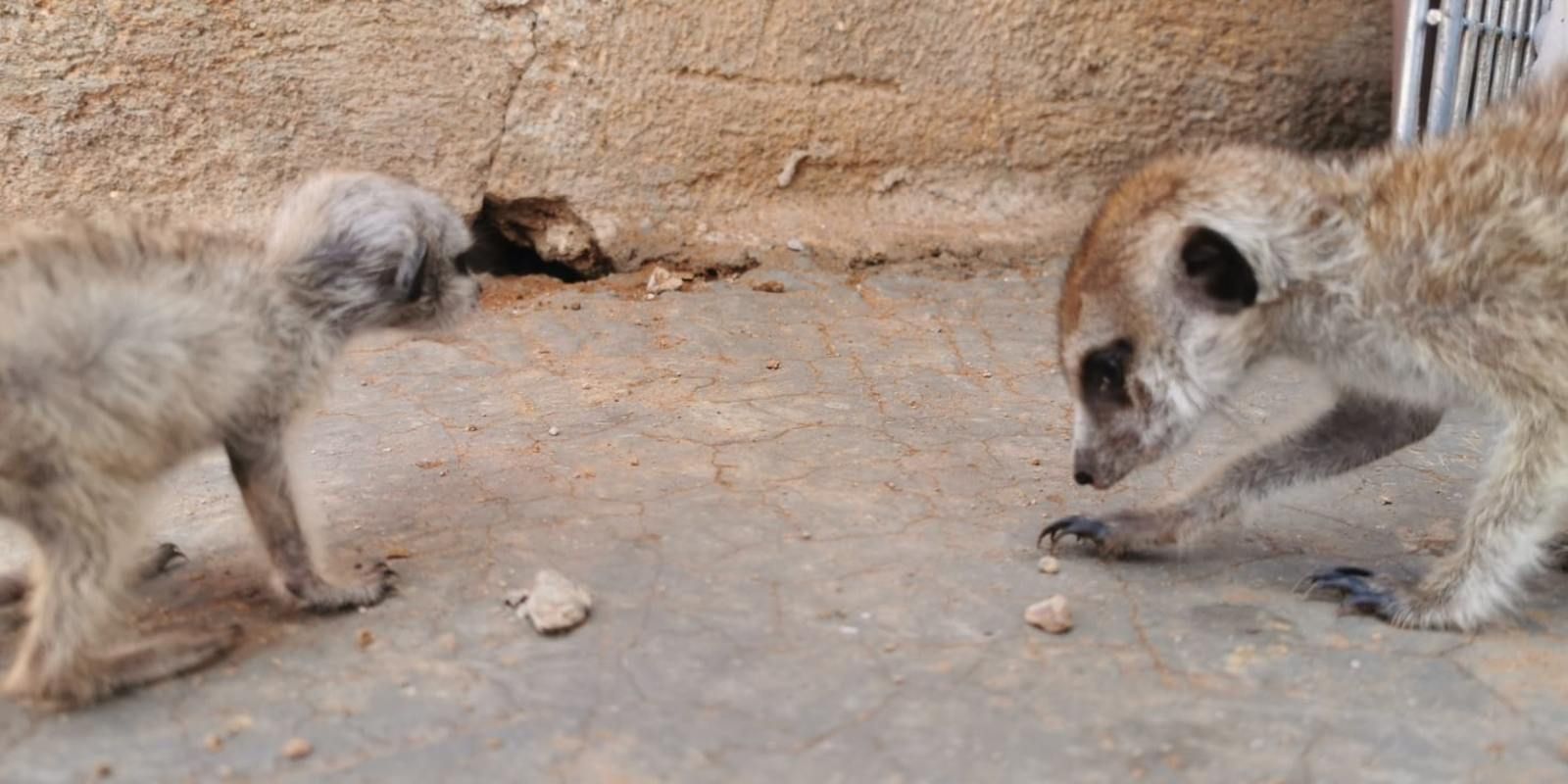 Please watch meerkats interacting in their mobs in nature. Human-habituated meerkats in the wild, like Flower and her mob, are far more precious and cuter than a tame one in your house. And, if you love animals, you wouldn’t want to put any animal through this trauma.

Help us to help them stay wild and free.

Video
[FROM THE ARCHIVES] There's a tiger in my backyard!
𝗧𝗵𝗶𝘀 𝘀𝘁𝗼𝗿𝘆 𝗼𝗿𝗶𝗴𝗶𝗻𝗮𝗹𝗹𝘆 𝗮𝗶𝗿𝗲𝗱 𝗼𝗻 𝗦𝘂𝗻𝗱𝗮𝘆 𝟮𝟰 𝗢𝗰𝘁𝗼𝗯𝗲𝗿 𝟮𝟬𝟮𝟭. The demand for wild pets is rising in South Africa, fuelled in part by cute online animal petting videos and the misconception that they can be fully domesticated. But are exotic pets safe to keep at home? We ask how a Gauteng couple ended up with two endangered white tigers in their suburban backyard. Your favourite episodes are now available on Carte Blanche: The Podcast: https://linktr.ee/carteblanchetv
Video
Naked and Afraid
𝗧𝗵𝗶𝘀 𝘀𝘁𝗼𝗿𝘆 𝗼𝗿𝗶𝗴𝗶𝗻𝗮𝗹𝗹𝘆 𝗮𝗶𝗿𝗲𝗱 𝗼𝗻 𝗦𝘂𝗻𝗱𝗮𝘆 𝟳 𝗔𝘂𝗴𝘂𝘀𝘁 𝟮𝟬𝟮𝟮. It’s a very public test of endurance - two strangers, meeting for the first time, bound by a single purpose: to survive 21 days in the wilderness while completely naked. Naked and Afraid is one of the most extreme and popular reality television shows and, when South African Warrick Harvey was offered the opportunity to participate, it was a dream come true. But after three weeks of living in the wild with no food, the reality of reality TV finally hit home. Painfully underweight and emotionally withdrawn, how did Warrick survive the torment that followed? Your favourite episodes are now available on Carte Blanche: The Podcast: https://linktr.ee/carteblanchetv
News
[Guest Blog] The Cheetah - A Fastidious Cat
I have seen many cases of cheetahs with very bad injuries and obesity due to the fact that these animals are not kept in appropriate enclosures and are not fed optimally to sustain them.
Video
Lions, tigers and bears
𝗧𝗵𝗶𝘀 𝘀𝘁𝗼𝗿𝘆 𝗼𝗿𝗶𝗴𝗶𝗻𝗮𝗹𝗹𝘆 𝗮𝗶𝗿𝗲𝗱 𝗼𝗻 𝟭 𝗠𝗮𝘆 𝟮𝟬𝟮𝟮. In the five weeks of Russia's invasion of Ukraine, more than four million refugees have fled to neighbouring countries – many clutching pets in their arms. But what about the numerous exotic animals in private ownership? Carte Blanche joins a wildlife activist on a risky but rewarding journey back into Ukraine.