News
17 December 2017
Having started back in 2013, the Mars One Project aims to have humans living permanently on Mars by 2033. However, there's still a long road ahead of us before the first person will get to set foot on the Red Planet.

The idea of transporting people to Mars is already a complex one, but keeping humans alive on the planet is only being actively explored now.

In recent months, researchers have gone to great lengths to address the most pressing issue for the soon-to-be Martians - how to effectively grow crops on the dusty planet. Thankfully, with the help from some average earthworms, scientists have been able to prove the growing of crops is in Mars-like soil is viable.

During the study, researchers made use of a special soil, created by scientists at NASA, to replicate the ground conditions of the planet. With very little nutrients and high levels of toxic compounds, the Martian soil is far from ideal when it comes to growing crops. However, by introducing two earthworms to the soil, the soil not only gained more vital nutrients, but surprisingly the earthworms reproduced.

Back to the greater mission though, here's a breakdown of the Mars One timeline as it currently stands. 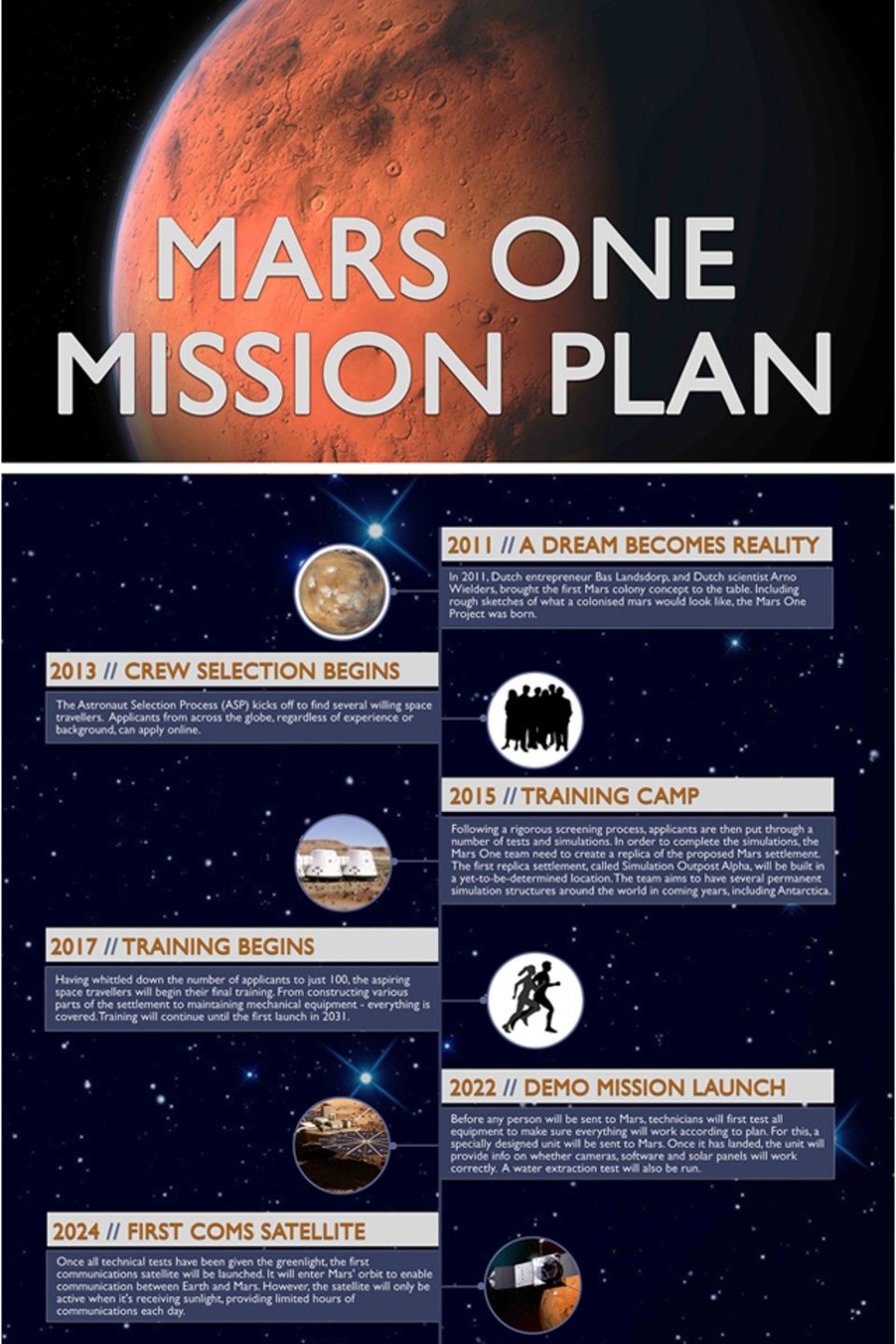 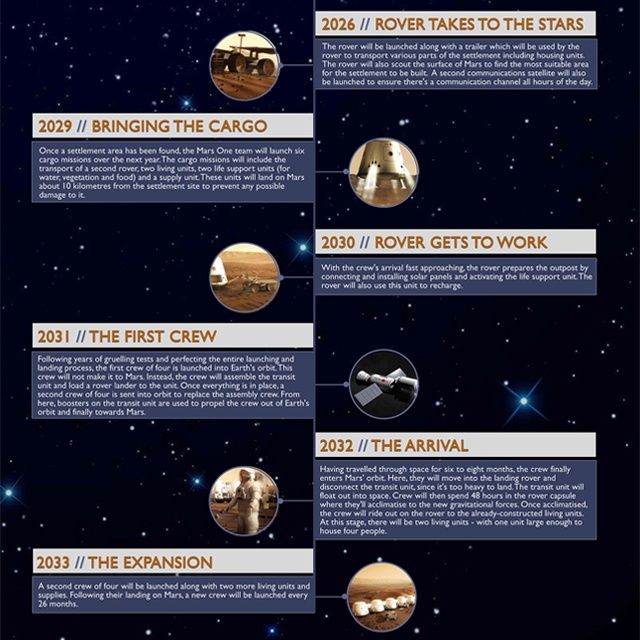 Video
The big one: West Coast diamonds
𝗧𝗵𝗶𝘀 𝘀𝘁𝗼𝗿𝘆 𝗼𝗿𝗶𝗴𝗶𝗻𝗮𝗹𝗹𝘆 𝗮𝗶𝗿𝗲𝗱 𝗼𝗻 𝟱 𝗝𝘂𝗻𝗲 𝟮𝟬𝟮𝟮. Like the pioneer diggers on whose backs South Africa's rich mining history was built, diamond miners in the Namaqualand West Coast stake their futures on The Big One. Some work for bigger miners, some as privateers with their own concessions. But for of them it's risky and backbreaking work diving the icy depths or scratching in the surf, eyes peeled, for the gem that will change their fortunes. Carte Blanche gets an inside look at the lives of rugged men who share a passion for the shiny stones and a good story.
Video
[FROM THE ARCHIVES] Diesel skimming
𝗧𝗵𝗶𝘀 𝘀𝘁𝗼𝗿𝘆 𝗼𝗿𝗶𝗴𝗶𝗻𝗮𝗹𝗹𝘆 𝗮𝗶𝗿𝗲𝗱 𝗼𝗻 𝟮𝟮 𝗦𝗲𝗽𝘁𝗲𝗺𝗯𝗲𝗿 𝟮𝟬𝟭𝟵. Have you heard of diesel skimming? It’s a little-known, illegal operation where hundreds of truck drivers make unscheduled pit stops to allow criminals to siphon off several litres of fuel from their trucks in exchange for hard cash. The transaction is quick. The money is easy. And it’s unsuspecting consumers who could be forking out extra in transport fees. Carte Blanche goes undercover to expose one major syndicate on Johannesburg’s East Rand. -- Visit the Carte Blanche official site: https://mnet.dstv.com/show/carte-blanche Find us on Catch Up: https://bit.ly/32VvbU5 Stream the show live on DStv Now: https://bit.ly/3l92LhH Watch more series and movies on Showmax, start your 14-day free trial here: https://bit.ly/36PFSr0 Get DStv: https://bit.ly/3edx58V Like Carte Blanche on Facebook: https://www.facebook.com/carteblanchetv/ Follow Carte Blanche on Twitter: https://twitter.com/carteblanchetv/ Be a fan on Instagram: https://www.instagram.com/carteblanchetv/ #carteblanche #petrolprice #fuelpricehike #fuelprice #expensive #investigation #crime
Video
Veronica Mars on M-Net City
Kristen Bell returns to her beloved role as the girl detective. All grown up an ready for more mystery, Veronica returns to Neptune.
Gallery
Veronica Mars Season 1