The Long Walk to Education

News
08 January 2018
There are many things that one can take for granted. Education can never be one of them.

Many that come from impoverished backgrounds know that a good education is perhaps the only hope that they have for a decent future. Learners that grow up in rural areas and townships do not have many options, and the only hope that they have is to go to school and pray that they pass and have a chance at changing their lives. With life already very difficult as they come from homes that often don’t have running water or electricity, suffering and pain are the fuel that feeds their ambition to make a better life for themselves. Children in many parts of South Africa come from backgrounds where parents are often unemployed, uneducated and sometimes dying from AIDS. Others can barely survive on the meagre social grant which government provides to some households.

The long walk to an education is a sad reality for many learners in South Africa. Those that live in rural areas are worse off as they have to travel long distances to get to the nearest school. They have to traverse mountains, forests, hills and swollen rivers to get to class every day. In the rainy season the walk to school could be life-threatening, as rivers become more treacherous and pupils risk illness from the cold. This trip to school for some has become incredibly dangerous, as criminal elements are preying on learners. We met a young girl from KwaZulu-Natal who has to walk three hours every morning just to get to school. Her story is similar to thousands across the country that have to do the same. She has to wake up at four o’clock every day, boil some water and wash, then head off to school. 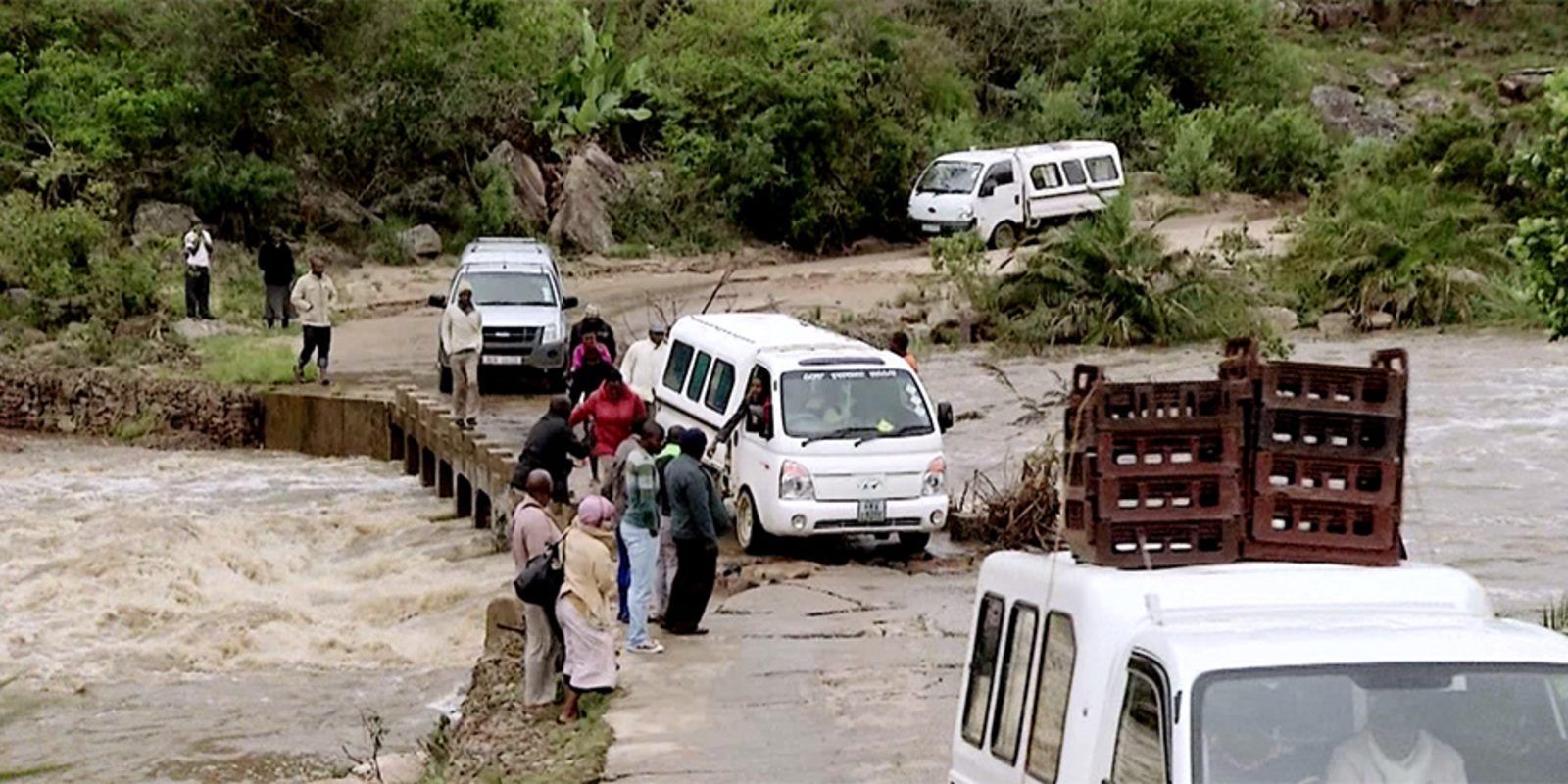 In the winter it is still dark at this time, and the predators are lurking in the dark. The young girl we met was raped on her way to school. Her friend was raped and killed on her way to school. When I spoke to her about this, I broke down in tears as I listened to a young girl of 14 years telling me that when you get raped all you can do is move on. No young girl or woman should ever have to pay this price just to get an education. Her story is one amongst thousands which never get reported. And while children are getting raped and killed, there is a stand-off between government and the taxi associations about providing adequate scholar transport for children that need it.

Due to the terrain in the rural areas it’s difficult for minibus taxis to get into some areas. This has given rise to vans overloaded with children in the back to get them to school. It is illegal to transport children in this way. However, there aren’t many options for those that want to get to school. The taxi associations say they are willing to make their transport safer, they are willing to work with government to find an amicable solution. But they don’t want to be left out of the conversation to come up with a plan that will work for all. Government says they don’t have money to transport all children to school and they need intervention from the private sector. As the bureaucracy battle rages on, the long walk to education still continues.

Video
Just like magic
𝗧𝗵𝗶𝘀 𝘀𝘁𝗼𝗿𝘆 𝗼𝗿𝗶𝗴𝗶𝗻𝗮𝗹𝗹𝘆 𝗮𝗶𝗿𝗲𝗱 𝗼𝗻 𝟮𝟵 𝗠𝗮𝘆 𝟮𝟬𝟮𝟮. From selling vetkoek streetside to wowing audiences – Uncle Black Jack’s story is simply magical! But performing on Johannesburg’s glittering stages didn’t just happen with the flick of a wand; Uncle Black Jack had to walk a difficult road after immigrating from war-torn Democratic Republic of Congo, arriving in South Africa with little to his name. His childhood dream of becoming a respected magician kept him going and now, more than a decade later, he’s considered one of magic’s rising stars.
Video
Welcome to Funny Farm
𝗧𝗵𝗶𝘀 𝘀𝘁𝗼𝗿𝘆 𝗼𝗿𝗶𝗴𝗶𝗻𝗮𝗹𝗹𝘆 𝗮𝗶𝗿𝗲𝗱 𝗼𝗻 𝟭𝟮 𝗝𝘂𝗻𝗲 𝟮𝟬𝟮𝟮. In an extraordinary settlement in the heart of suburban Gauteng, outlaws, gunrunners, and child traffickers flourish. They call it Funny Farm – a community of about 130 people where families and their young children live among the criminal masterminds that coerce and conspire to send out gangs to steal cables and stage home invasions and hijackings in nearby Alberton. Carte Blanche reveals the desperate plight of innocents caught in the crossfire: people who need a safe place but are forced into a life of crime. With the camp mushrooming on land owned by the Gauteng Department of Education, who should curb the camp's expansion and clamp down on the criminals who’ve made it their headquarters?
Gallery
Bad Education
Browse through images of Bad Education.
Video
Based on a True Story - Bad Education
Go behind the scenes of Bad Education with director Cory Finley, writer Mike Makowsky, and actors Hugh Jackman, Allison Janney, Geraldine Viswanathan, and Ray Romano, as they explore the true story behind the movie.