News
17 June 2013
While bureaucratic bungling and botched hospital procedures in KZN are costing lives and taxpayers billions, one medical unit has seen a drop in mortality rates.

While bureaucratic bungling and botched hospital procedures in KZN are costing lives and taxpayers billions, one medical unit has seen a drop in mortality rates.

In March this year Nokuthula got a panicked call from her neighbour, in whose care she'd left her son while she popped out to the shops. Vumile was desperately ill. Nokuthula rushed home.

Nokuthula Sontashe: 'I found the child lying down, water coming out - looking green in colour - from the ears, mouth. And the eyes were white, turned in.'

Frantic, she hurried Vumile to the BHP Billiton Paediatric Centre of Excellence at King Edward VIII Hospital. She'd taken him there some months before when he had a cold and had to be nebulised. She knew they had the equipment to help. 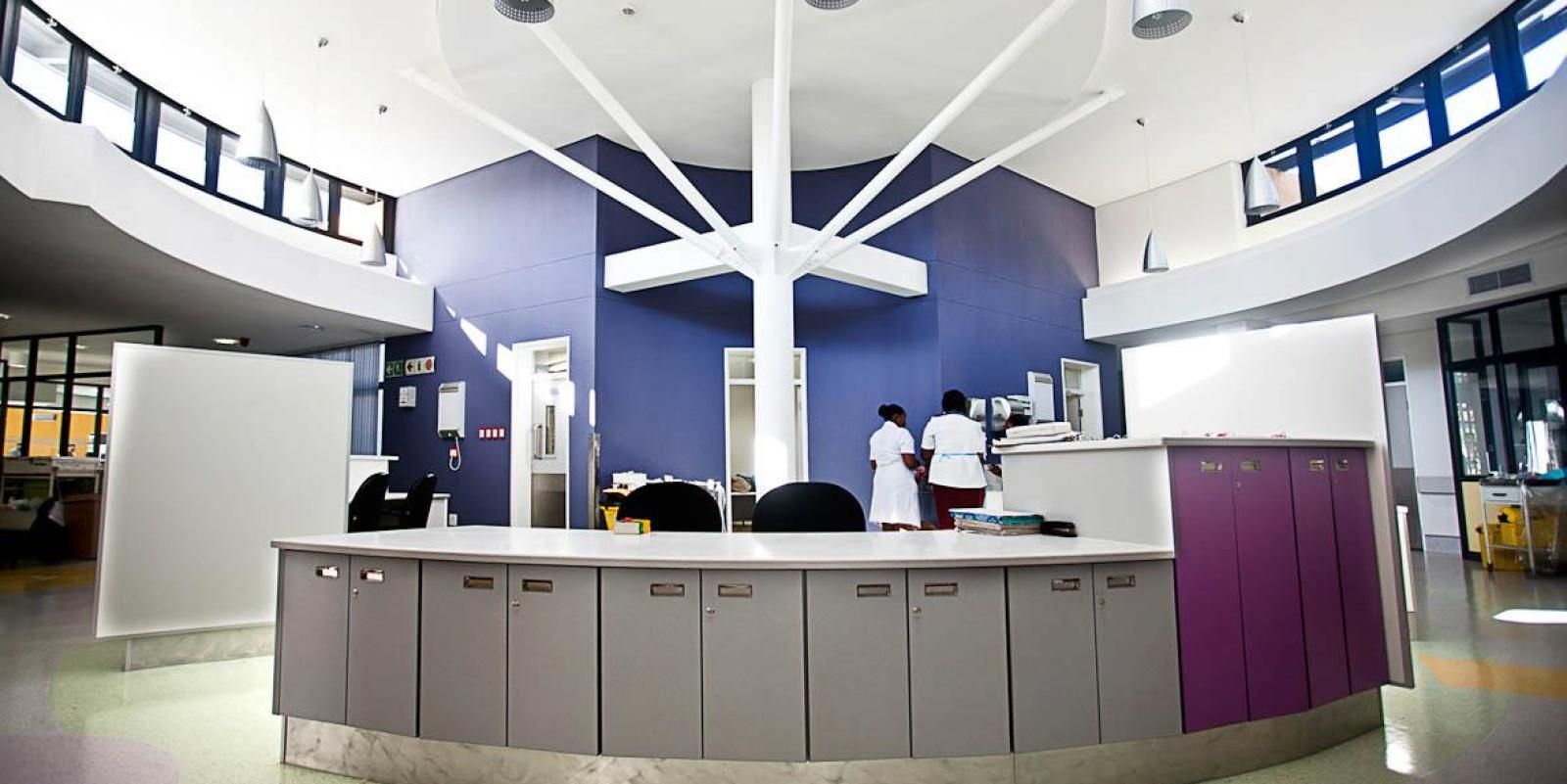 Devi Sankaree Govender (Carte Blanche presenter): 'By the time he arrived at the unit, he was limp, convulsing and his airways were blocked. The little boy was not doing well.'

Dr Shashikant Ramji heads the paediatric department at the hospital. He says they diagnosed organic phosphate poisoning, the key ingredient in a new rat poison being sold on the streets.

Dr Shashikant Ramji (Head Paediatrician): 'It's bought from unauthorised dealers, but this is the first case that we have had a patient presenting in such a serious condition.'

The poison is mixed with food and left out for rats to eat.

Nokuthula: 'The poison was under the potato rack. While my child was playing he pulled out the plate and started eating. Another child from the house saw this.'

A year ago Vumile would've had to have been transferred to another hospital, but he was given an antidote in the centre's emergency room, put on a ventilator for 24 hours and treated for a further five days.

Devi: 'The acute admission unit, where young patients are brought to be resuscitated, is probably the most important addition to the paediatric department. And almost every day a child is treated here.'

Dr Ramji: 'Our old unit was a little work top for resuscitation. Now when you resuscitate, you need to work all around the patient. The old unit allowed us to work from one side only, which made resuscitation quite difficult.'

The Centre, built and equipped by the Carte Blanche Making a Difference Trust, is a year old. It's made all the difference to the King Edward Hospital complex, a largely dilapidated facility, where conditions were not conducive to recuperation.

Dr Ramji: 'The circumstances we work under now are, I would call, ideal.'

Doctors and nurses threw a small party to mark the occasion.

Devi: 'While it's a modest celebration, the team here have a lot to celebrate. It's been quite a year.'

The new paediatric centre sees an incredible 2 000 children a month, among them the most desperately ill in KZN and even parts of Mpumalanga and the Eastern Cape.

Nokuthula: 'They never gave up. The doctors were amazing.'

While bureaucratic bungling and botched procedures, often in child birth, are costing patients in KwaZulu-Natal their lives and taxpayers a billion in negligence claims, the paediatric mortality rate at King Edward VIII is dropping. 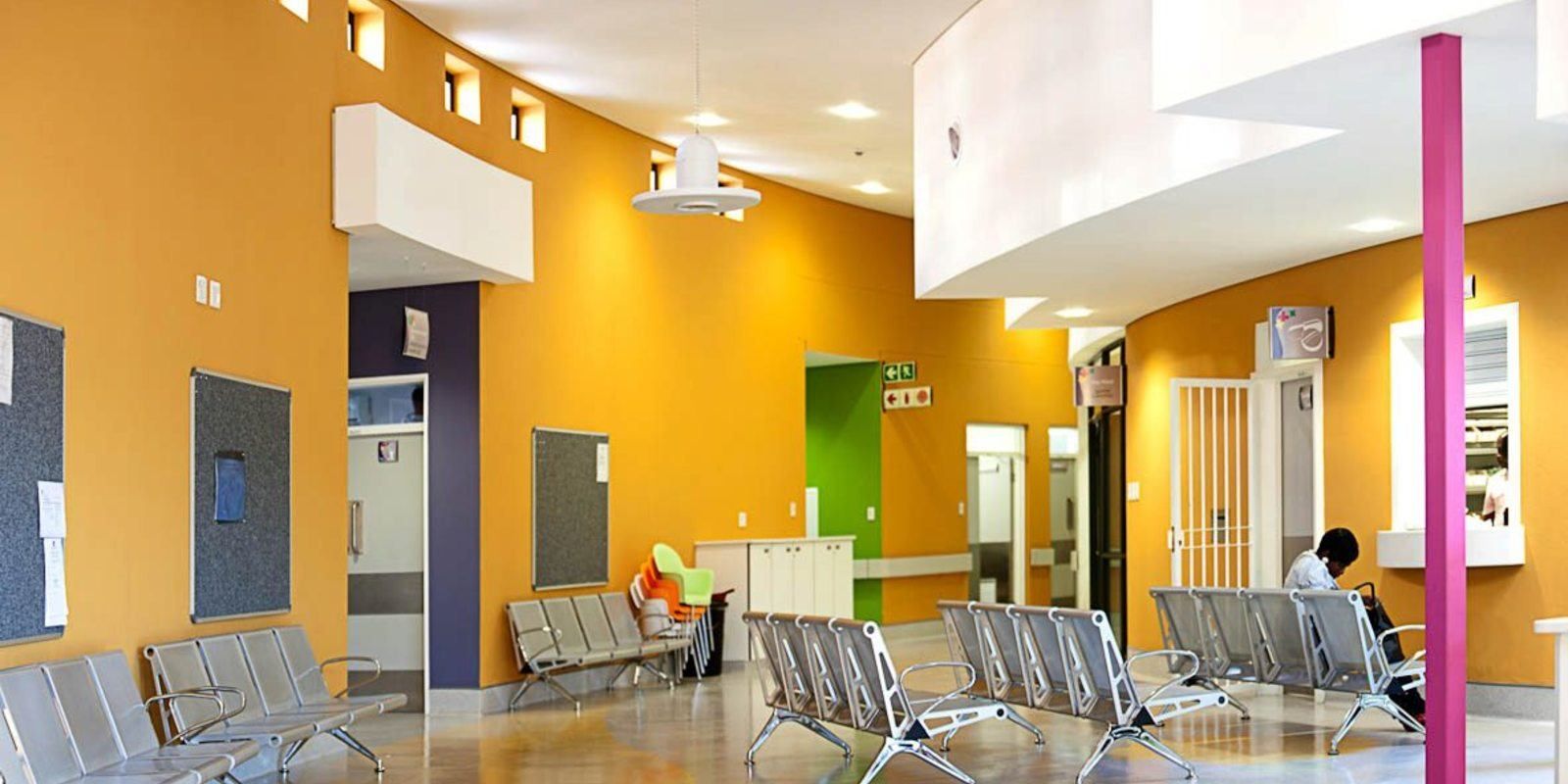 Dr Ramji: 'For the last twelve months it has been the lowest that we have had. It is under three percent, which is quite outstanding.'

It's a draw card for Interns and Registrars looking to specialise. Aaron Kebalepile is a first year intern.

Aaron Kebalepile (Intern): 'It makes learning easier because we are still in the learning phase. We have just finished our medical degree; we want to learn as much as possible... get to do procedures. We do procedures here that we wouldn't do anywhere else, because of the lack of resources.'

After his stint at the unit, Aaron says he's seriously considering becoming a paediatrician.

Candice Royal is a second year Registrar. She's worked at other State hospitals and couldn't wait for her transfer to King Edward so she could have a chance to work in the new centre.

Devi: 'What does it do for you as a paediatric doctor, knowing that you have the equipment here that allows you to save lives?'

Candice Royal (Registrar): 'There are many times in our training that we feel demoralised by lack of resources or by working in an environment that is difficult, and being able to work here and seeing how things can be done in the public sector really lifts our spirits.'

The building's circular design ensures there is a watchful eye on the little patients at all times, with every bay visible from the nurses' station. Morale seems high.

Candice: 'The nursing staff, especially, has a great sense of team work; they are very proud of being here.'

Twelve-year-old diabetic Andile has been coming here with her great aunt, Esme Madonsela, since she was six. She injects herself with insulin four times a day.

Dr Ramji: 'When you are a diabetic you get a certain amount of insulin based on your activity and your diet and things like that, but it doesn't cater for unusual events.'

Last month Andile had to be resuscitated at acute admissions after eating fried chips, loaded with hidden sugars. She went into diabetic shock. Esme says staff at the BHP Billiton Centre saved her life.

Esme Madonsela: 'What we've got now is a small heaven.'

Esme says the nurses here have educated her on how best to manage Andile's diabetes and showed us her packed lunch.

Devi: 'You are so lucky that you have got a granny that loves you so much?'

Esme: 'Hmm, but she's going to give me stress.'

Vumile is also well on the way to recovery, even though the sight of the mark left by the drip made him dissolve into tears.

Candice was on duty the day he was brought in. Two months later there's no sign of neurological damage.

Candice: 'He looks beautiful! Stunning, we are thrilled.'

And even though she's pregnant, Candice has decided not to transfer to ward duty because diseases are so well-controlled at this Centre.

Candice: 'We have got isolation cubicles so we are able to isolate our infectious children in a very nice, sunny and clean environment.'

While BHP Billiton's funding took care of the building, sponsors donated state-of-the art equipment, materials, labour and even games like this curling mat [on screen], donated by Matco. It helps children recover from bone and muscle damage.

According to King Edward's new CEO, Dr Hugh Gosnell, a new medical school and teaching hospital are being planned, which will further rejuvenate this rather run down area of Durban.

Dr Hugh Gosnell (CEO: King Edward VIII Hospital): 'It's the best design I have ever seen for a paediatric unit and if we could achieve the same thing in the new academic hospital and university complex, the same quality of design, the same impact on our staff and patients, I would be very happy.'

Video
Mind over matter
𝗧𝗵𝗶𝘀 𝘀𝘁𝗼𝗿𝘆 𝗼𝗿𝗶𝗴𝗶𝗻𝗮𝗹𝗹𝘆 𝗮𝗶𝗿𝗲𝗱 𝗼𝗻 𝟮𝟮 𝗠𝗮𝘆 𝟮𝟬𝟮𝟮. At 14 years old, Amy Martin began to experience weakness and difficulty moving the left side of her body. A neurologist confirmed a devastating diagnosis: Juvenile Pilocytic Astrocytoma – a rare brain tumour affecting children. An operation to remove the tumour left her suffering from severe epilepsy and unsure whether she’d ever regain full mobility. By her early twenties, and after two more brain surgeries, Amy had four titanium plates and 16 titanium screws in her skull and was missing about a quarter of her brain. But she didn't give up, turning her gaze towards the future and enrolling at Stellenbosch University. In April this year, Amy graduated with a PhD in ancient cultures - a thrilling climax for the woman with just 75 percent of her brain.
Video
Just like magic
𝗧𝗵𝗶𝘀 𝘀𝘁𝗼𝗿𝘆 𝗼𝗿𝗶𝗴𝗶𝗻𝗮𝗹𝗹𝘆 𝗮𝗶𝗿𝗲𝗱 𝗼𝗻 𝟮𝟵 𝗠𝗮𝘆 𝟮𝟬𝟮𝟮. From selling vetkoek streetside to wowing audiences – Uncle Black Jack’s story is simply magical! But performing on Johannesburg’s glittering stages didn’t just happen with the flick of a wand; Uncle Black Jack had to walk a difficult road after immigrating from war-torn Democratic Republic of Congo, arriving in South Africa with little to his name. His childhood dream of becoming a respected magician kept him going and now, more than a decade later, he’s considered one of magic’s rising stars.
News
Tygerberg Hospital Neonatal & Paediatric Cardiothoracic ICU Project
Let alone the numerous and inevitable impacts of COVID-19 on the Trust’s work, this specific Cardiothoracic NICU & PICU project at Tygerberg Hospital has been complicated due to the many objectives we are attempting to meet.
Video
Sebokeng Hospital lights up
This November, the Carte Blanche Making a Difference Trust handed over a brand new, eight-bed Paediatric Lower High Care Ward at Sebokeng District Hospital, south of Johannesburg. Recipients and donors alike were alight with praise and hope for what lies ahead for this essential public health hospital. The Trust has delivered over 20 projects in 13 years – thanks to the commitment of principal project partner, South32 and long-term partners like Sakhiwo and the Hospital Design Group.