Macfarlane's Blog: Hope Beyond the Valley

News
26 November 2019
I can’t imagine what it must be like to grow up in a village where there is little opportunity, work is scarce and hope seems a distant ideal beyond the poverty.

Macfarlane Moleli (@macmoleli) has over 14 years’ experience as a journalist in the media and entertainment industry. Recently he worked at Kaya FM, eNCA and SABC 3. Well-versed in in-depth interviews on current affairs, contentious issues in politics, business, sports and environmental issues, Macfarlane now brings his presenting skills to Carte Blanche in 2017.

People often say that travelling opens your eyes to the world and creates a lifetime of memories and experiences. So, I am forever grateful for the kind of work that we do at Carte Blanche because often I get to see some of the best and worst that our country has to offer. Recently, our work travels took us to the tiny town of Weenen in KwaZulu-Natal. Never heard of it? Well, neither had I. But I was pleasantly surprised to find a town nestled between mountains, green and lush vegetation alongside the Tugela River in the Natal Midlands.

As we drove along the mountainside I marvelled at the beauty of the landscape. Young children fetching water with yellow buckets on their heads stared at our car as we drove past. We passed several villages where goats stood on their hind legs, stretched out as they ripped off the green leaves on trees and chewed on them blissfully in the shade. I can’t imagine what it must be like to grow up in a village where there is little opportunity, work is scarce and hope seems a distant ideal beyond the poverty.

We had come to offer some hope for the people of Weenen, to let them know that their story will be told and perhaps someone in government will hear their cry. There is a crown jewel in this valley, a jewel that employs more than 700 people in one of the most successful and largest land redistribution projects in the area – the Sun Valley citrus estate. This once successful farm owned by three local communities, and leased to an investor, could close within weeks due to the violence that has erupted in the area between two warring families. 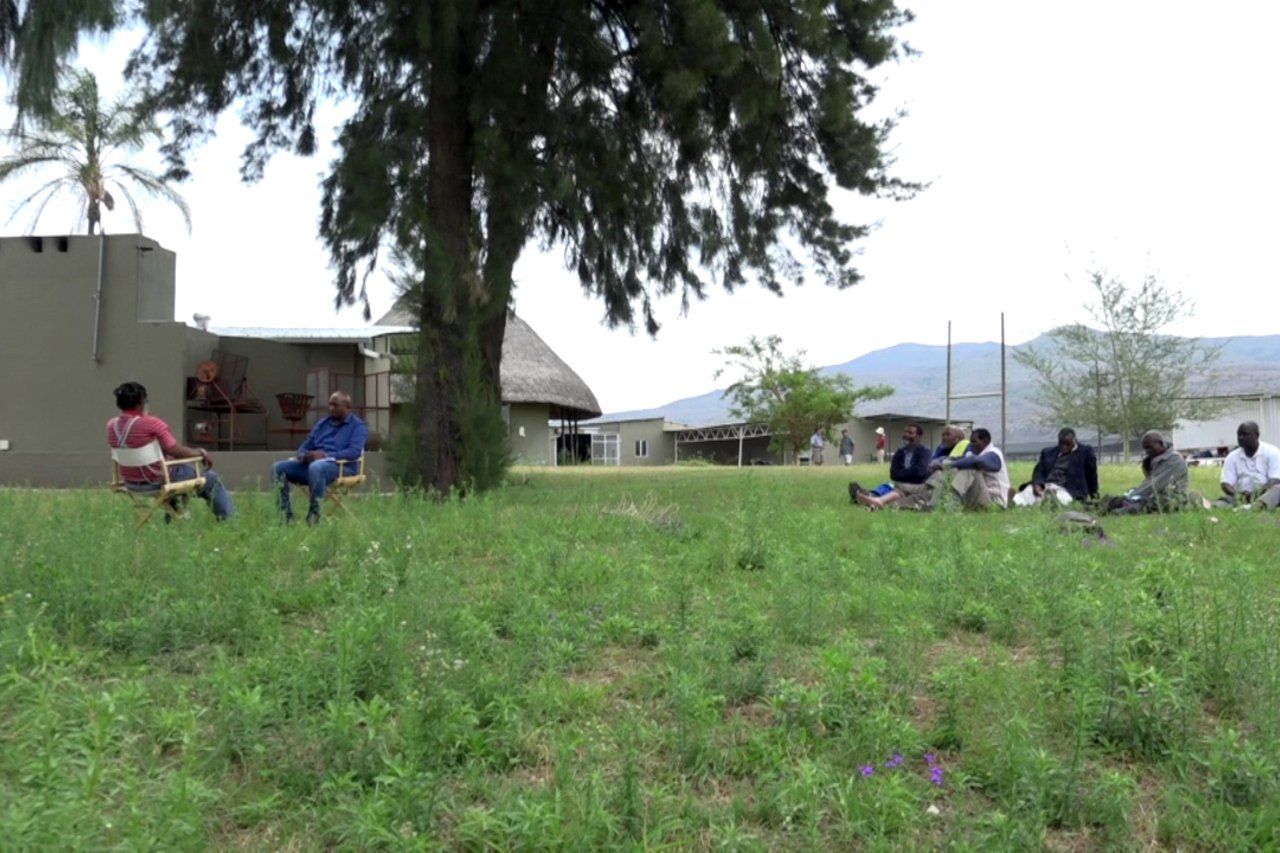 For the last 18 months, a violent war between the two families – the Madondos and Nhlawes – has chased away investors and left a reported 40 people murdered. Workers have been terrified to go to work and women and children slept in the bush fearing that izinkabi would raid their villages at night. Izinkabi are hired hitmen that kill mercilessly for a price. No one can really say which family is guilty, yet a reign of terror has caused investors to pack up and go, leaving desperate workers to try and save the farm on their own.

I had the rare privilege to meet with InDuna Enkhulu Mvelase from the Abathembu tribe. He was accompanied by several other leaders from the various villages. I felt like a young man sitting at the feet of the elders as we conversed with the InDuna. It was a welcome relief to hear how they rebuked the violence, how they had fought for a peace agreement between the two warring families and the hope they had for their beautiful valley. InDuna Enkhulu Mvelase is a marvellous man whose whole face brightens up when he smiles, his perfectly white teeth and white beard make him the picture-perfect symbol of hope for his people.

I too hope that the peace agreement will hold, that the 700 villagers will be able to get back to work and have enough money to cover their needs and enjoy buying Christmas presents for their children. And when the schools re-open parents will be able to buy shoes and books. I hope the people of this breathtakingly beautiful area find peace at last.

Video
Pride and prejudice
𝗧𝗵𝗶𝘀 𝘀𝘁𝗼𝗿𝘆 𝗼𝗿𝗶𝗴𝗶𝗻𝗮𝗹𝗹𝘆 𝗮𝗶𝗿𝗲𝗱 𝗼𝗻 𝟭𝟯 𝗡𝗼𝘃𝗲𝗺𝗯𝗲𝗿 𝟮𝟬𝟮𝟮. A recent warning by US authorities of a possible terror attack in Sandton immediately raised fears that the intended target was the annual Pride parade. In the absence of hard facts, it was at best an educated guess, but one not without merit. Despite the strides made in recognising the rights of the LGBTQI+ community, stigma and prejudice are rife. In a story about the transformative power of love and acceptance, Carte Blanche speaks to people living beyond the limitations society has placed on them, working to create acceptance for everyone’s right to choose who they want to love. Your favourite episodes are now available on Carte Blanche: The Podcast: https://bit.ly/PodcastCB
Video
Where are they now? Conjoined twins
𝗧𝗵𝗶𝘀 𝘀𝘁𝗼𝗿𝘆 𝗼𝗿𝗶𝗴𝗶𝗻𝗮𝗹𝗹𝘆 𝗮𝗶𝗿𝗲𝗱 𝗼𝗻 𝟲 𝗡𝗼𝘃𝗲𝗺𝗯𝗲𝗿 𝟮𝟬𝟮𝟮. A story that united a country on the edge: Conjoined at the head and sharing a critical vein, twins Mpho and Mphonyana Mathibela were born in Johannesburg in the late 1980s. Specialists gave them a fifty-fifty chance of surviving the complicated surgery needed to separate them. But the 40-person medical team at the then-Baragwanath Hospital made history. The operation was long, intricate, and ground-breaking and had never been attempted in South Africa before. Decades later, we catch up with the Mathibela family and the medical team that gave a family and South Africa hope. Your favourite episodes are now available on Carte Blanche: The Podcast: https://bit.ly/PodcastCB
News
Eight movies filmed in KZN – Reyka
A stunning filming location!
Gallery
Christmas At Grand Valley
A look at Christmas in the valley.