News
10 July 2022
It’s a mega tailings dam on the gold fields to help clean up a century of polluting residue from mine workings. A whistleblower broke ranks about the risk perched above the Vaal River and the people who live and farm there. Harmony Gold and AngloGold Ashanti refused an on-camera interview, but provided responses in writing.

We investigated how a farming community in the North West runs the risk of having toxic mine water from a mega tailings dam flood their fields and the critical Vaal River that runs near its banks. Read AngloGold Ashanti and Harmony Gold's full written statements below. 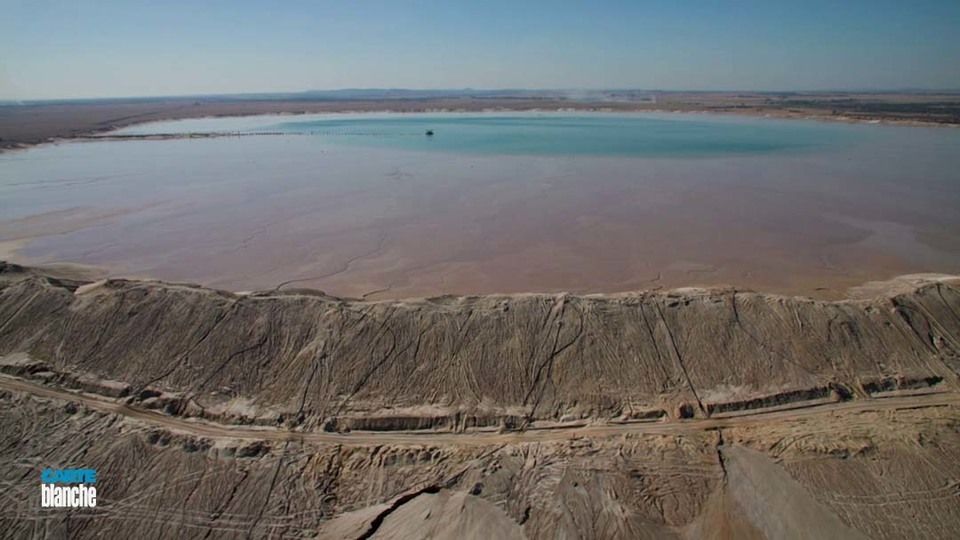 Video
A dam mess
𝗧𝗵𝗶𝘀 𝘀𝘁𝗼𝗿𝘆 𝗼𝗿𝗶𝗴𝗶𝗻𝗮𝗹𝗹𝘆 𝗮𝗶𝗿𝗲𝗱 𝗼𝗻 𝟭𝟬 𝗝𝘂𝗹𝘆 𝟮𝟬𝟮𝟮. A mega tailings dam built near the Vaal River in a bid to clean up a century of residual pollutants from mine workings in the North West sounded good on paper. But why were critical parts of the plan, including the extraction of toxic substances like radioactive uranium and sulphuric acid not fulfilled? Carte Blanche takes to the air to examine the potential for the dam’s walls to be breached, and the impact of that on nearby farmland, the critical Vaal River, and the millions of people relying on it for fresh water.
News
FULL RESPONSE: Sion Private Academy
You can read Sion Private Academy's full response to our various questions below.
Video
Gqeberha's reckoning
𝗧𝗵𝗶𝘀 𝘀𝘁𝗼𝗿𝘆 𝗼𝗿𝗶𝗴𝗶𝗻𝗮𝗹𝗹𝘆 𝗮𝗶𝗿𝗲𝗱 𝗼𝗻 𝟭𝟵 𝗝𝘂𝗻𝗲 𝟮𝟬𝟮𝟮. They were lambasted for spending millions of rands on changing the name Port Elizabeth to Gqeberha. Residents argued the municipality had bigger priorities, none more so than the metro’s looming water crisis. But they were ignored. Now, the dams supplying urban areas in Nelson Mandela Bay in the Eastern Cape have less than 12 percent of usable water left. Taps are running dry, and it’s projected the municipality will face Day Zero before the end of June. With no significant rainfall expected before September, the city is scrambling to keep the water flowing. But infrastructure is crumbling, and continuous electricity blackouts are not helping. Carte Blanche investigates why Gqeberha is once again facing a water shortage.
Video
[FROM THE ARCHIVES] Back from Brazil
𝗧𝗵𝗶𝘀 𝘀𝘁𝗼𝗿𝘆 𝗼𝗿𝗶𝗴𝗶𝗻𝗮𝗹𝗹𝘆 𝗮𝗶𝗿𝗲𝗱 𝗼𝗻 𝟭𝟱 𝗡𝗼𝘃𝗲𝗺𝗯𝗲𝗿 𝟮𝟬𝟮𝟬. If he didn’t do it, why did he run? For almost a decade, murder accused Gerhard Jansen van Vuuren evaded capture. In 2014, Carte Blanche told the story of the cold-blooded killing of his ex-girlfriend, 25-year-old Andrea Venter. She had been stalked, held captive, tortured and then brutally killed in full view of security cameras and witnesses at her home. Video footage showed Jansen Van Vuuren trying to slit his own throat as he lay waiting to be apprehended. We recounted how justice seemingly failed the deceased as police ignored her appeals when Jansen van Vuuren violated a protection order and was released on R15000 bail when his case went on appeal. He pleaded not guilty. But from the prosecutor to the investigating officer, even to Interpol – law enforcement never gave up their relentless pursuit of justice. Now we recount the dramatic developments after the accused skipped bail, left the country on a false passport and disappeared in South America.