News
02 June 2019
If you’ve never had water supply issues, or if your taps have never run dry for a prolonged period of time, you might not have a clear understanding of the depth of the situation.

I must confess that at the end of 2018 I had water crisis fatigue. I would be surprised if you, as a South African, were not tired of hearing about water restrictions, day zero or the drought, week after week, month after month. The reality however, is just because the water related stories had to give way to other issues of national importance, it didn’t mean that the crises across the country had magically evaporated. In fact, the opposite may be true.

Carte Blanche has had its eye on the water service delivery issues along the South Coast of KZN for some time now. Residents in the area have been complaining about the issue for years, but it seems as if it has reached a new level of breakdown. Residents and businesses have been coping with water outages for a long time, but some places in the Ugu Municipality have been without water for months, and there are water issues and outages at least once a day somewhere in the district. The situation is so bad that businesses have closed down, tourism to the area has declined and most construction has halted – all because water isn’t readily available, or at least, available according to the schedule that the municipality has sent out. 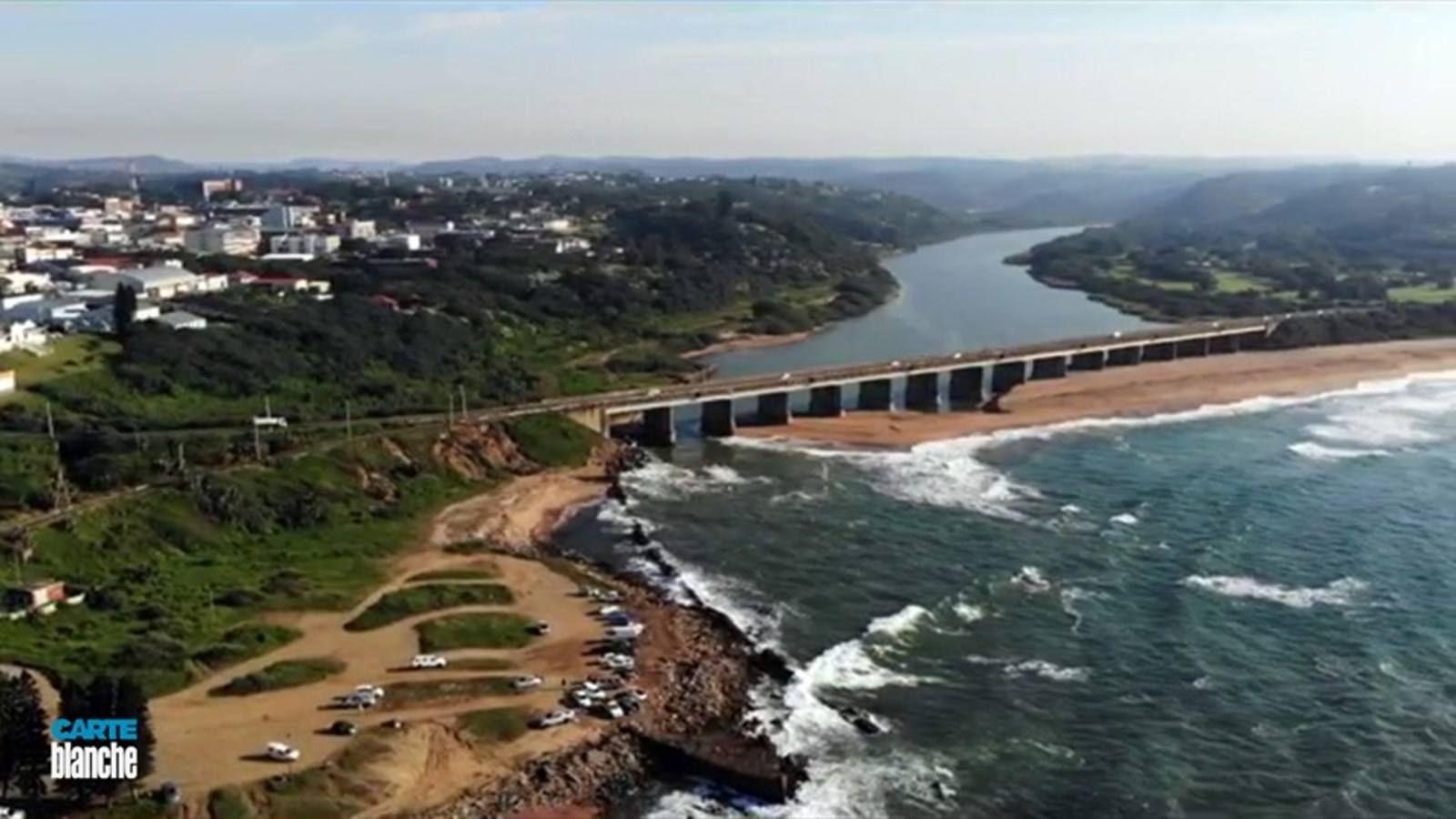 We visited homes across the region and found that both urban and rural areas were affected. If you’ve never had water supply issues, or if your taps have never run dry for a prolonged period of time, you might not have a clear understanding of the depth of the situation. Lorraine Botha, a 70-year-old guesthouse owner, describes it as being uncomfortable to be around people, because she is self-conscious that she hasn’t been able to wash properly for days. Tears well up in her eyes when she says that she cannot continue living like this. Chantel Hartley, a mother of two energetic children, confesses that her kids were sick a few weeks ago, and she’s aware that the declining level of hygiene in her home due to having no water to flush toilets and wash hands may have exacerbated the illness. Zola Lithuli, together with her two young daughters, has to fetch brown water from the nearby river because her taps have run dry, an activity no mother would want her children to do. For these women, not having water is not just about survival, it’s also about dignity.

The various reasons given for the crisis are no surprise to anyone who’s been following the country’s water woes; ageing and failing infrastructure, vandalism, pressure on the expansion of the network and tight budgets. All these points are valid and true. In fact, the Ugu municipality was open about the problems it has to solve, and the obstacles it has to face in order to fulfill its mandate. But the problem here is that these issues didn’t materialize overnight. These compounded issues took many years to develop, and reach this breaking point. The bad news is that under the existing capacity and with the current budgets, it is not possible for any current municipal management team to sort out these issues in one fell swoop. It is going to be a long process where politicians manage the community’s expectations. To have avoided getting to where we are now, decisions needed to have been made and something needed to have been done 15 years ago. The plans that are being made today are political, reactionary and are made under duress, borrowing from Peter to pay Paul. So, if strategies aren’t put in place now, the crisis we experience today, may only be the beginning of the end.

Video
War's Bitter Harvest
𝗧𝗵𝗶𝘀 𝘀𝘁𝗼𝗿𝘆 𝗼𝗿𝗶𝗴𝗶𝗻𝗮𝗹𝗹𝘆 𝗮𝗶𝗿𝗲𝗱 𝗼𝗻 𝟯 𝗔𝗽𝗿𝗶𝗹 𝟮𝟬𝟮𝟮. Live from Ukraine… Carte Blanche counts the human and economic cost of Russia's invasion which will enter its sixth week next week. Despite promises of peace, Russian air and ground attacks remain unrelenting despite Ukraine’s commitment not to join NATO. Meanwhile, the African Development Bank has issued a warning of a large-scale food crisis as natural gas, wheat, and fertiliser prices skyrocket.
Video
Carte Blanche: We do it for you
From taking to the air, to hitting the road... We've gone to every corner of South Africa, and trekked through mountains, to bring you the stories that matter - your stories.
News
Eight movies filmed in KZN – Reyka
A stunning filming location!
News
Macfarlane's Blog: Hope Beyond the Valley
I can’t imagine what it must be like to grow up in a village where there is little opportunity, work is scarce and hope seems a distant ideal beyond the poverty.