News
01 December 2015
South Africa’s farmers are renowned for their ability to grow crops in near desert conditions, but there are limits to their ingenuity.

If Andre Roux is feeling uncertain about the future, he’s doing a good job of hiding it.
We’re sitting on an old plough, discussing the worst drought to hit the country in close to  quarter of a century.  All around us the land is scorched and windswept and slowly dying.  On the horizon, plump Cumulus suggest some respite, but selfishly drift away without offering up a single drop.  It’s drier than an annual general meeting of Alcoholics Anonymous – and about as much fun. 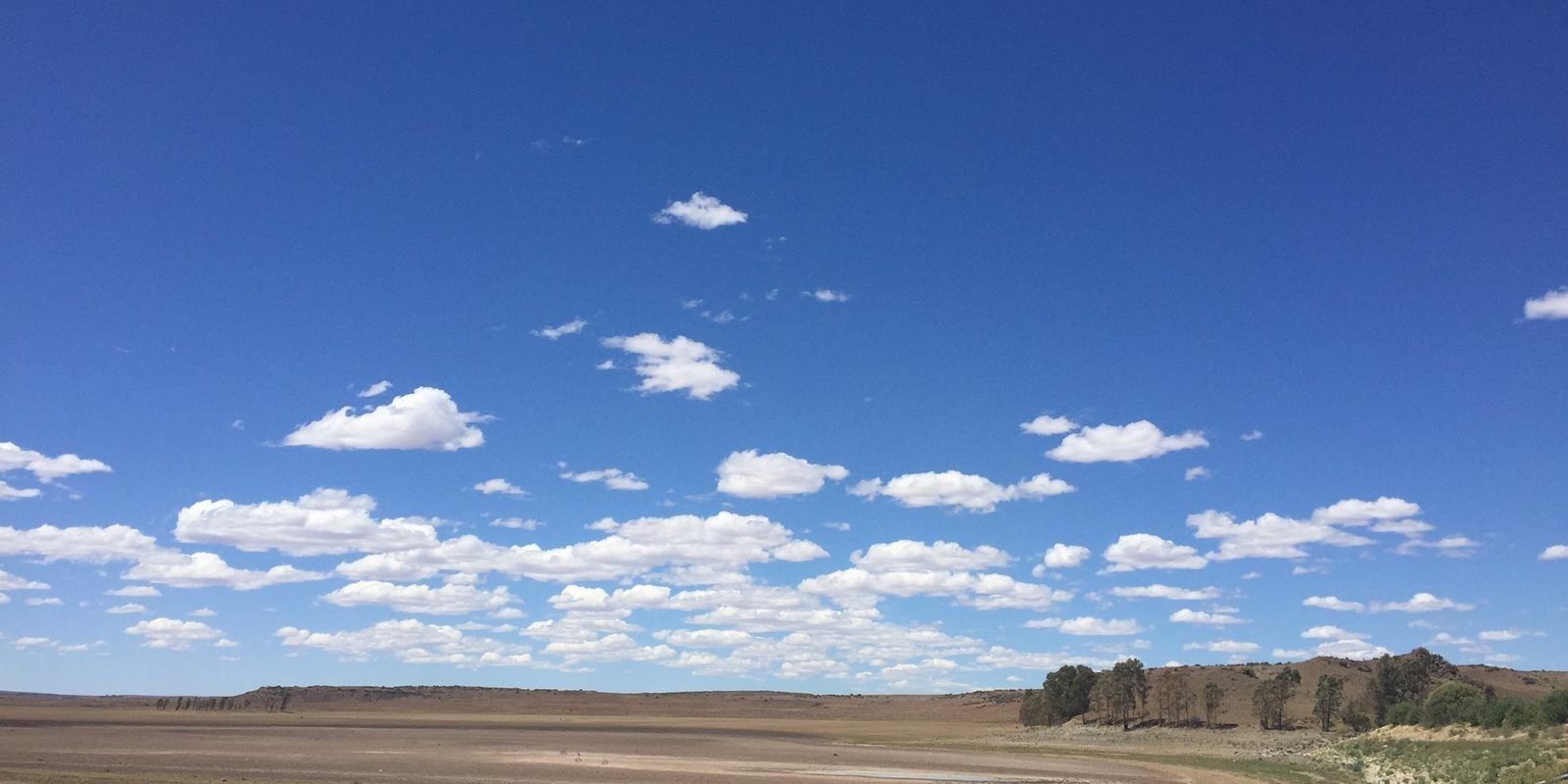 South Africa’s farmers are renowned for their ability to grow crops in near desert conditions, but there are limits to their ingenuity.  Andre’s land doesn’t appear capable of sustaining a small cactus, never mind a full crop of maize.  If rain doesn’t come soon, in amounts that don’t immediately evaporate, his investment in seed, fertilizer, sprays and an array of implements will come to naught.  Worse still, he - like most of the country’s commercial farmers – prepped for the new planting season on borrowed money.  Without a crop to harvest, the only plan this boer will be making is how to re-pay the bank with cash he doesn’t have.

[pullquote]It’s drier than an annual general meeting of Alcoholics Anonymous – and about as much fun. [/pullquote]

It’s a predicament that would have most city dwellers speed-dialling their therapists, but Andre is taking it all in his significant stride.  Perhaps his optimism is genetic: you have to be predisposed towards looking on the bright side to survive and thrive in an environment like this – even when it rains.  Or maybe he’s unfamiliar with the science of El Niño.

Speak to the climatologists and most will tell you the earliest Andre and his colleagues across the country can expect significant rain is April.  That means any hope of meeting the planting deadline for the current season will be dashed.  The consequences could be apocalyptic.

Of course, climatologists have been wrong before and their predictions might well become the source of much mirth when the Free State’s farmers gather for their legendary Friday night braais.  If the rains arrive to save this year’s crop, the entire country might want to join them for a couple of Brandies and Coke.

Video
A dark cloud falls – Ajoche
Epe learns some disturbing news about his mother. Elakeche drops a big bomb, and a young man is ready for war.
Video
On Cloud Nine – The Bachelor SA
We caught up with brand new couple Marc and Marisia, for their first interview together as a couple. They talk about the Rose Ceremony, the ring and the road that led them to this moment
Video
Hoppers of biblical proportions
𝗧𝗵𝗶𝘀 𝘀𝘁𝗼𝗿𝘆 𝗼𝗿𝗶𝗴𝗶𝗻𝗮𝗹𝗹𝘆 𝗮𝗶𝗿𝗲𝗱 𝗼𝗻 𝟮𝟬 𝗙𝗲𝗯𝗿𝘂𝗮𝗿𝘆 𝟮𝟬𝟮𝟮. Persistent rainfall has transformed the usually arid Northern Cape and Karoo into a lush, green landscape. But it has also brought a two-year-long plague of brown locusts. Native to the Karoo and Southern Namibia, these hungry hoppers have been hatching in swarms dense enough to eclipse the sun and lay waste to entire crops. Carte Blanche takes to the road to track down a swarm and witness the effects of the onslaught ourselves.
Video
The Professor and the plant
𝗧𝗵𝗶𝘀 𝘀𝘁𝗼𝗿𝘆 𝗼𝗿𝗶𝗴𝗶𝗻𝗮𝗹𝗹𝘆 𝗮𝗶𝗿𝗲𝗱 𝗼𝗻 𝟮𝟳 𝗠𝗮𝗿𝗰𝗵 𝟮𝟬𝟮𝟮. For centuries, humankind has been on an endless hunt for the Fountain of Youth. But perhaps it wasn’t a fountain we should have been looking for. A chance encounter with a remarkable plant with an ability to revitalise itself within a few hours of light rain brings hope. UCT Professor Jill Farrant is working to isolate the gene sequence of these plants to find out what secrets they could unlock. They’re called the Resurrection Pants, a very rare species seemingly able to come back from the dead. These plants are known to lose up to 95 percent of their water capacity, only to bloom back to life in as little as 12 hours after rain. So, could these plants be the real Fountain of Youth or perhaps reveal how we might survive the impacts of climate change?