Mars One: From A Dream to Reality

News
17 December 2017
When the Mars One project announced in 2012 it’s looking for every-day citizens to become the first people to permanently live on Mars, South African software engineer Divashen Govender jumped at the chance.

When the Mars One project announced in 2012 it’s looking for every-day citizens to become the first people to permanently live on Mars, South African software engineer Divashen Govender jumped at the chance. The 25-year-old Durbanite immediately submitted his application, but never dreamed of actually making it onto the shortlist. He speaks to Carte Blanche about his dream to become a space traveller, how his family reacted to the news and how he plans to bring some South African culture to the Red Planet. 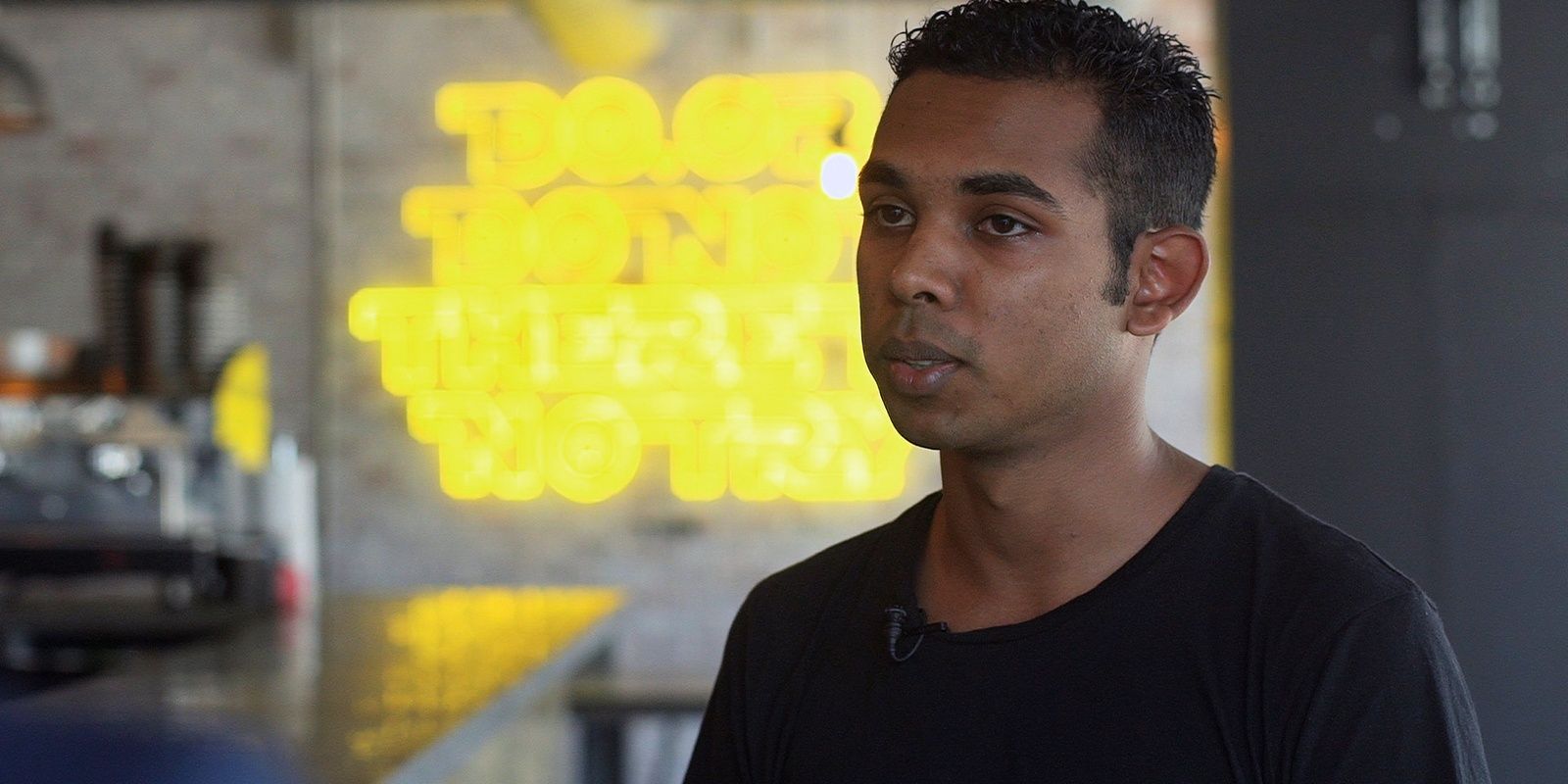 What inspired you to enter the Mars One space programme?

I was inspired by my passion for astronomy and astrophysics. I have always dreamt of going to space from a really young age. When I came across the Mars One project, it was something that went beyond everything I’ve dreamed of. In fact, it’s beyond my ultimate dream. When I saw the opportunity, I knew I would regret it if I did not apply.

You’re studying towards a Bachelor of Science in Applied Mathematics and Physics. Before landing the Mars One opportunity, what were you hoping to do once you obtain your degree?

What do you think it was about your skills that landed you this opportunity?

I think it was my positive outlook on life and my ability to get along with other people. I’m also a realist. I like to rise above and go beyond what I believe I’m capable of doing. Rising to meet new challenges is what I am all about. One of my most important characteristics I feel is my never-give-up attitude. When I fail, and get knocked down, I just rise up and push back harder and stronger with more determination than ever.

You talk about getting along well with other people. Do you think being a team player is a fundamental aspect of the project?

Yes, definitely. In the final round, 24 astronauts will be chosen to go to Mars. Crews of 4 will be sent every two years. Therefore, it’s important that each individual can work together within these teams. It will be essential to them living comfortably on the new home world.

And what about your family? What do they have to say about this?

My family has generally been very proud and supportive of me. However, it was not that way at first. During the first selection phase in which I was shortlisted and swarmed by the media, everything got very real very quickly for them and I think it was somewhat overwhelming. But with time they have come to realise how important this is to me and they know that space has been a passion of mine from a young age.

Even though they are quite scared, considering the reality of leaving the planet for good, they are still very supportive. At the end of the day they realise the ultimate decision lies with me and that I have a handle on what I want and realistically analysing the road ahead.

What are you most excited about?

The idea that we, as humans, can push our horizons and capabilities to reach other planets in our solar system. I think there are too many people on our planet to limit our potential to just the boundaries of the Earth. I think we can push these boundaries and prove the impossible is actually possible. Just imagine the day where planet of birth has to be added to your ID.

What about water, food and oxygen? How will you have access to these necessities?

What some people don’t realise is that Mars has frozen water. Rovers and supply modules will be launched to Mars years before the first crew is sent. These rovers will extract soil (containing frozen water) from the surface of the planet and put it into the water extraction unit of the life support modules which will heat the soil thus releasing water vapour that’ll be condensed to form water.

For oxygen, the water will be split into its components, namely hydrogen and oxygen, producing breathable air.

Apart from the rovers, food and water supplies will be sent via the Mars transit vehicle.

What recreational activities will you be able to do?

There’ll be internet connectivity so we’ll be able to watch movies, send instant messages and even chat via WhatsApp. However, it takes a whole 6-22 minutes for signal to reach Mars from Earth. But there’ll be servers on the planet that will store webpages, enabling us to browse cached internet pages in “real time”.

As we’ll be growing our own food, there’ll also be highly efficient hydroponic gardening.

What makes you proud to be human?

Although we make mistakes and do bad, we all have some good in us. Therefore, even though we commit undesirable acts, we still try to change these mistakes for the better. It’s a good quality that we can collectively focus our energies on always counteracting the negative so that we prosper and succeed.

What parts of our culture are you going to try take with you that are endemic to South Africans?

The cool thing is I believe that this project is representative of everything that Nelson Mandela stood for. In this context, you’ve got people from all over the world coming together to work for a common goal, and that I believe is something that encompasses the South Africa we’ve come to know over the years.

Will you be earning money for your family while away?

Yes, we’ll be employed by Mars One. As soon as the 24 astronauts are chosen and they begin their training, they’ll be paid by the organisation. So, it’s basically like being employed by any other organisation.

Video
Just like magic
𝗧𝗵𝗶𝘀 𝘀𝘁𝗼𝗿𝘆 𝗼𝗿𝗶𝗴𝗶𝗻𝗮𝗹𝗹𝘆 𝗮𝗶𝗿𝗲𝗱 𝗼𝗻 𝟮𝟵 𝗠𝗮𝘆 𝟮𝟬𝟮𝟮. From selling vetkoek streetside to wowing audiences – Uncle Black Jack’s story is simply magical! But performing on Johannesburg’s glittering stages didn’t just happen with the flick of a wand; Uncle Black Jack had to walk a difficult road after immigrating from war-torn Democratic Republic of Congo, arriving in South Africa with little to his name. His childhood dream of becoming a respected magician kept him going and now, more than a decade later, he’s considered one of magic’s rising stars.
Video
[FROM THE ARCHIVES] Diesel skimming
𝗧𝗵𝗶𝘀 𝘀𝘁𝗼𝗿𝘆 𝗼𝗿𝗶𝗴𝗶𝗻𝗮𝗹𝗹𝘆 𝗮𝗶𝗿𝗲𝗱 𝗼𝗻 𝟮𝟮 𝗦𝗲𝗽𝘁𝗲𝗺𝗯𝗲𝗿 𝟮𝟬𝟭𝟵. Have you heard of diesel skimming? It’s a little-known, illegal operation where hundreds of truck drivers make unscheduled pit stops to allow criminals to siphon off several litres of fuel from their trucks in exchange for hard cash. The transaction is quick. The money is easy. And it’s unsuspecting consumers who could be forking out extra in transport fees. Carte Blanche goes undercover to expose one major syndicate on Johannesburg’s East Rand. -- Visit the Carte Blanche official site: https://mnet.dstv.com/show/carte-blanche Find us on Catch Up: https://bit.ly/32VvbU5 Stream the show live on DStv Now: https://bit.ly/3l92LhH Watch more series and movies on Showmax, start your 14-day free trial here: https://bit.ly/36PFSr0 Get DStv: https://bit.ly/3edx58V Like Carte Blanche on Facebook: https://www.facebook.com/carteblanchetv/ Follow Carte Blanche on Twitter: https://twitter.com/carteblanchetv/ Be a fan on Instagram: https://www.instagram.com/carteblanchetv/ #carteblanche #petrolprice #fuelpricehike #fuelprice #expensive #investigation #crime
Video
Veronica Mars on M-Net City
Kristen Bell returns to her beloved role as the girl detective. All grown up an ready for more mystery, Veronica returns to Neptune.
Gallery
Veronica Mars Season 1