News
13 July 2014
Riaan Manser is one of the country’s true explorers… Whether cycling around Africa, paddling around Madagascar or Iceland, there are no back-up crews and no plans for immediate rescue.

As Riaan says, with every real adventure you have to accept the fact that you may die on that journey. Which wasn’t a comforting factor when Riaan asked his partner of 15 years, Vasti Geldenhuys, if she’d like to go to New York. 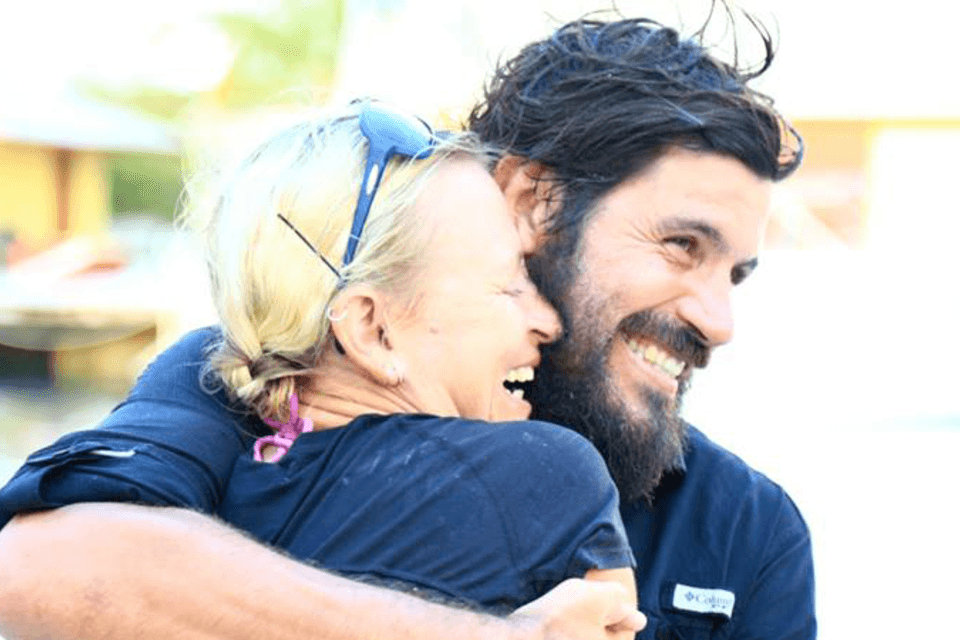 The small challenge was that she’d have to row with him from Morocco to North America in a small boat that he bought second-hand.  It broke on the maiden voyage! So, I was concerned about the pair taking on the might and terror of the Atlantic over many months and nearly 6 500 miles... A journey that saw them capsize, with Vasti trapped under the boat - and in another traumatic incident Riaan floating helplessly out to sea!

But apart from the mortal dangers, I was even more fascinated about what happens to a relationship during 133 days at sea… at the oars all day and imprisoned in a rocking, sea-sprayed 1.5m cabin all night! How do you handle domestic disputes and days when you’re not speaking to each other? And, of course, intimacy and privacy. So many questions.

We interviewed Riaan and Vasti the morning they touched down on their return flight from the United States. And the answers were surprising…

News
[PODCAST] On the Couch with Cape Talk
Join Carte Blanche on Cape Talk every Monday between 13:00 and 15:00 as we sit down on the Cape Talk Couch for a quick chat about our latest stories.
Video
Rental rogues
𝗧𝗵𝗶𝘀 𝘀𝘁𝗼𝗿𝘆 𝗼𝗿𝗶𝗴𝗶𝗻𝗮𝗹𝗹𝘆 𝗮𝗶𝗿𝗲𝗱 𝗼𝗻 𝟱 𝗙𝗲𝗯𝗿𝘂𝗮𝗿𝘆 𝟮𝟬𝟮𝟯. Too astute to be scammed? Think again. Few things adapt and evolve as quickly as the criminal mind. Scams are becoming increasingly sophisticated, keeping the miscreants one step ahead of the police, banks, and unsuspecting victims. Not even the housing rental market is immune to criminal ingenuity, as crooks impersonate legitimate rental agents and property companies to scam tens of thousands of rands from people desperate for accommodation. Increasingly frustrated estate agents are tearing their hair out while the police and other enforcement agencies appear powerless to intervene. Carte Blanche shows you how easy it is to be duped and what you can do to protect yourself. Your favourite episodes are now available on Carte Blanche: The Podcast: https://bit.ly/PodcastCB
News
Derek Watts' Join-up Journey
Derek Watts tries his hand at equine or horse therapy, where horses interact with people to help them heal. An experiential form of therapy, the patient does set activities and simple tasks with the horse during a session.
Video
The Derek Watts cameo – Legacy
We ask Derek Watts about his experience being on the show.