In South Africa, we're best known for producing Carte Blanche, M-Net's flagship actuality programme. Carte Blanche has developed a high degree of credibility in South African television journalism and has been awarded more than 200 local and international awards for quality stories that have made a difference. In August 2008, to commemorate 20 years on air, Carte Blanche launched the "Making a Difference" Campaign.
As the name suggests, Carte Blanche covers a variety of subjects and prides itself on the diversity and depth of its stories. Stories range from investigations into abuse of the vulnerable, to the inspiring determination of South African sports personalities, both abled and disabled. Carte Blanche is also known to go undercover in tracking and arresting high profile criminals, or takes time out to explore the edges of existence. 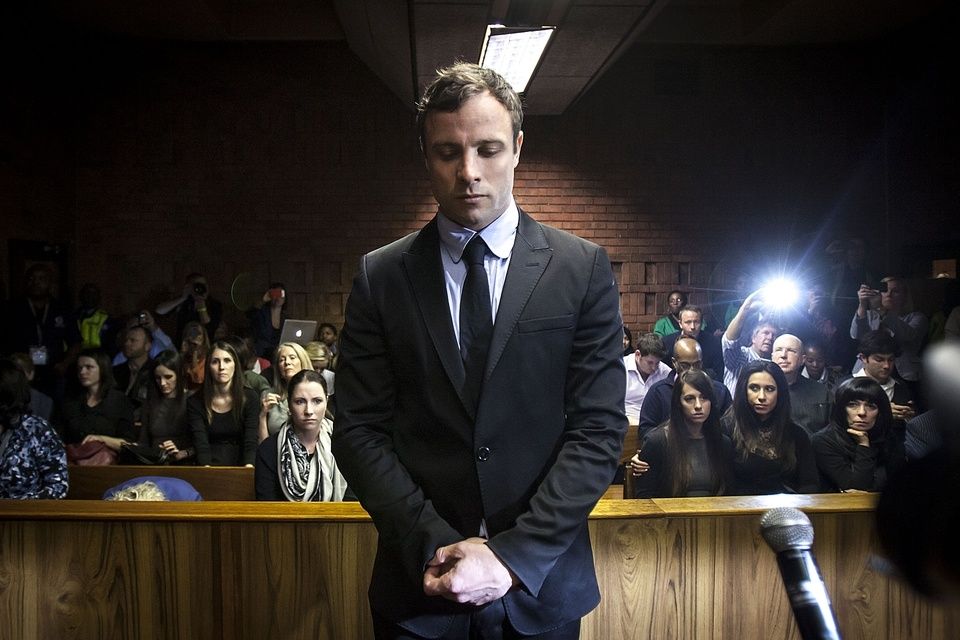 In March 2014 we launched the OSCAR PISTORIUS TRIAL - A Carte Blanche Channel, the coverage of which was a watershed moment in the advancement of open justice in South Africa. Led by esteemed channel executive director George Mazarakis, the OSCAR PISTORIUS TRIAL - a Carte Blanche channel combined state of the art of technology and vastly qualified experts to deliver, not just to its audiences but to the global media fraternity, an unprecedented view of the courtroom proceedings. The channel featured round-the-clock coverage of the trial, as well as hours of exclusive documentaries, profiles and in-depth expert analysis.

During 2010, Combined Artists produced the FIFA World Cup South Africa Final Draw Show for an expected audience of 200 million. We also did the Preliminary Draw and the Confederation Cup Draw.

Other big events include:

The company has tackled difficult and strategically challenging projects, notably shows launching M-Net into countries like Ghana, Kenya, Cameroon, Nigeria and Egypt. An earlier travel programme series, Bon Voyage, also saw our crews working in more than 30 countries on locations as diverse as China, Bom Bom Island and Nepal.
The company has been tasked with creating new formats in Current Affairs and Reality TV to meet our clients' needs. Projects include Carte Blanche Extra, M-Net's Show Me The Mommy, Estee Lauder's LOOKS2Live By and Revlon's Face to Face.

Not just a television production company, Combined Artists has also been involved in Internet production and social media projects. Notably, in a world first, Carte Blanche made use of a brand new format for its 22nd birthday show that allowed the audience to determine the flow, content and narrative of the show live via Facebook and Twitter.

Video
In discussion with Arnold Vosloo
A famous line in a cult film starring Jean Claude van Damme earned him a reputation for playing the bad guy. Now, with a string of hit films and co-starring roles alongside Hollywood’s A-list under his belt, Arnold Vosloo is back in South Africa to film two more productions. Here’s a chat between two legends.
Video
Tactical takedown
𝗧𝗵𝗶𝘀 𝘀𝘁𝗼𝗿𝘆 𝗼𝗿𝗶𝗴𝗶𝗻𝗮𝗹𝗹𝘆 𝗮𝗶𝗿𝗲𝗱 𝗼𝗻 𝟮𝟰 𝗔𝗽𝗿𝗶𝗹 𝟮𝟬𝟮𝟮. In the North West, some major mining operations have been overrun by sophisticated criminal enterprises. They’ve become more brazen, using heavy-duty equipment to move the stolen minerals by truck along national highways. They’ve operated with impunity, unfazed by mine security, and law enforcement officials seemingly powerless to step in – until now. Through the combined efforts of the South African Air Force, SAPS, Hawks, and private security, a months-long, intelligence-driven operation has been launched to take down one such syndicate. And Carte Blanche has been granted a rare opportunity to film this high-octane, drama-filled bust.
Video
#Masks4All
In the new normal – as the world adjusts to the reality of a rampant, highly infectious virus – entering a crowded public space without a mask is becoming increasingly frowned upon. But will a mask keep you safe? Or keep the world safe from you, if you’re infected? Carte Blanche investigates the science behind masks and how we need to manage the available resources to pull South Africa through the crisis and beyond.
Video
[FROM THE ARCHIVES] Conquering the mighty Pacific
𝗧𝗵𝗶𝘀 𝘀𝘁𝗼𝗿𝘆 𝗼𝗿𝗶𝗴𝗶𝗻𝗮𝗹𝗹𝘆 𝗮𝗶𝗿𝗲𝗱 𝗼𝗻 𝟮𝟴 𝗡𝗼𝘃𝗲𝗺𝗯𝗲𝗿 𝟮𝟬𝟮𝟭. Capetonian Chris Bertish is the ultimate waterman. From surfing death-defying waves to paddling solo 4500 miles across the Atlantic Ocean, he has set several world-first paddle records. His next groundbreaking goal is to wing foil from California to Hawaii in the United States, harnessing the wind to power his adventure across the Pacific – all in aid of conservation awareness and to raise money for Operation Smile.