Tea with the Duke of Atholl

News
02 July 2018
As a concept, I’m not entirely sure the Coronation Chicken sandwich has been properly thought through. Only the most thoroughly misguided among us would suggest curried chicken sprinkled with almonds and cherries belongs between two slices of white bread.

It is to the afternoon tea what cream-cheese Maki is to the sushi platter; a culinary human rights violation not dissimilar to salted caramel or anything served with a foam.  It was, I confess, what I chose for lunch on an unusually hot day in the Scottish Highlands.

My local cameraman, who spoke with a disconcerting English accent, had the Caesar salad.  If we’d ordered Evian, it would have been the dining equivalent of a Brexit discussion group at the European Union.  But, back to the Coronation Chicken.

It was first served at a banquet celebrating the ascension to the throne of Queen Elizabeth in 1953.  It was a hit with the gathered royalty and landed gentry, their discernment numbed by too much Champagne and roasted swan.  I, on the other hand, felt reluctantly duty-bound to consume it.  The Queen was, after all, at least partly responsible for my being in the Highlands on a sunny afternoon in May filming a military parade at a seven-hundred-year-old castle. 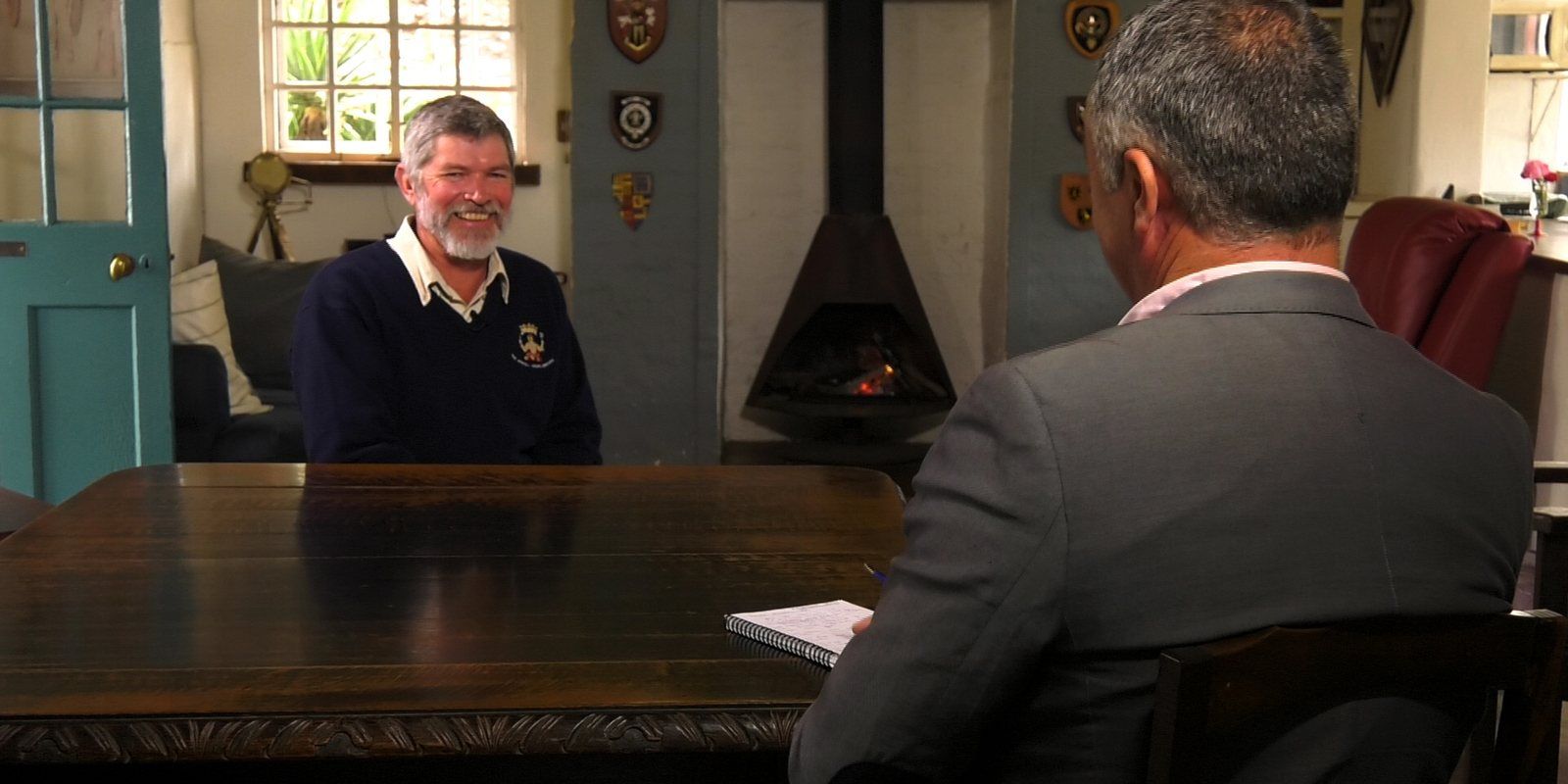 Some years before, a man by the name of Bruce Murray had commanded a group of men known as the Atholl Highlanders at a parade attended by the Monarch.  Centuries of royal and military tradition dictated that he present to her the regiment’s colours which consist of a hand-stitched black and yellow banner atop what in the civilian world might be referred to as an ornate pole.

Thus presented, the Queen can either choose to reach forward and touch the colours or ignore the gesture entirely.  In the case of the latter, there would be a great deal of blushing followed by the army’s swift dissolution. If she honours you with the former, your place in contemporary British military history is ensured and you live to fight another day.  But, not before attacking a sizeable vat of whiskey.

That Bruce Murray, a former officer in a conventional army, should have the privilege of presenting his regiment’s colours is probably of no more than passing interest.  Except that the Highlanders are Europe’s only private army – an honour bestowed by Queen Victoria in the mid-1800s – and Bruce Murray is a South African.  His encounter with the world’s longest reigning living monarch was the result of a fascinating twist of fate that led to his becoming one of only 24 non-royal British dukes.

That was enough to convince me – as it had my executive producer – that his story was worth re-telling.  And, hence, how I found myself in Scotland eating a Coronation Chicken sandwich in anticipation of the Atholl Highlander’s annual parade.  Bruce wouldn’t be attending this year, but it was an opportunity to witness an event known to melt the cynicism of even the most ardent anti-royal and anti-establishment among its observers.  And depending on your tastes, a process made either easier or more difficult by the unmistakable hum and squeal of bagpipes.   I happen to like them, but then I also paid good money for Coronation Chicken.

To meet the Duke, I would have to leave behind the gathered Highland’s townsfolk, steadily stewing in the afternoon sun like a giant tartan casserole and make my way to Louis Trichardt.

Northern Limpopo has been home to Bruce Murray for virtually all his life, as it had been to his late father, the 11th Duke of Atholl.  It took around four hours to get from Gauteng to his house on the slopes of the Soutpansberg.  Driving through the gate it occurred to me that I was now closer to Bulawayo than I was to Jozi.  Although only by a few kilometres.  Either way, I was certainly a significant distance from Blair Castle, Bruce Murray’s historical seat.

What followed was a six hour visit that included a chat over tea and sausage rolls.  The former, perhaps, a nod to the hot beverage of choice in Scotland.  The latter, infinitely less controversial than Coronation Chicken.  It was, I think, one of the unlikeliest conversations I’ve ever had.  And, at times – perhaps because thick cloud had enveloped the hillside for much of the morning – a little surreal.

It was also delightful.  In my time as a journalist, I have rarely had a more honest and interesting discussion.  At times, we appeared no longer to be talking about the quirk of marriage and blood and dynasty that had propelled him into a position he appeared not entirely comfortable with.  It became, instead, a chat about family and duty and memories.  A chat about fate and how, sometimes, circumstance robs you of independent choice.  And about how, when that happens, it’s best to unsheathe your broadsword, straighten your sporran and make the best of what you can’t control.

John Webb began his career in journalism as a wide-eyed cub reporter at news agency Network Radio News in 1997. He joined Talk Radio 702 in 1999 as a reporter and news reader and was assigned to major news stories. John then joined Carte Blanche in 2004, where he presented current affairs programmes from the field. He spent four years with European sports broadcaster Setanta Sports as a presenter and producer, returning to South Africa in 2013 to take up a six-month contract as host of "Talk at Nine" on Talk Radio 702 and 567 Cape Talk. In March 2014, John was the Pretoria field anchor for the highly successful Oscar Pistorius Trial.

Video
Vetkoek and tea – Recipes for Love and Murder
Tannie Maria and Jessie continue their investigation into Martine’s murder, armed once more with vetkoek, by visiting Grace. She starts spilling the tea about quarrels and a mysterious visitor when the women are interrupted by the arrival of the police.
Video
You have my blessing – Legacy
Msizi invites Dineo’s mum over for tea to ask for her blessing to marry Dineo.
Gallery
Us