Thank You to “Team Rodwell”!

News
05 September 2021
On 7 May 2021, eight-year-old Rodwell Nkomazana was attacked by a hyena at an all-night church service, in Pedzai Village, Zimbabwe.

Rodwell suffered horrific and debilitating wounds to his face and was initially treated at the Parirenyatwa Hospital in Harare. Due to the extent of his injuries, Rodwell required several major reconstructive surgeries and was medically evacuated to South Africa for further treatment on 19 June.

Since 21 June Rodwell has been to theatre six times to undergo multiple reconstructive surgeries and scar revisions. He is also working with an extensive team of speech therapists, physiotherapists, occupational therapists and psychologists with regards to rehabilitation

In light of his successful reconstructive and rehabilitative treatment, an acknowledgement to the following patrons is pertinent:

Sr Liz Willson, for making the first plea for assistance which set in motion Rodwell’s recovery journey in South Africa.

Phuthi Mahanyele-Dabengwa, for her invaluable and selfless contribution, without which this campaign would not have been initiated.

Meal SA for spearheading the noble and successful fundraising campaign, nationally and internationally. They have been part of this initiative since the very onset and their service exceeded expectations.

The Dandelion Philosophy for benevolently creating awareness and fundraising internationally.

Dr Sayuren Moonsamy for his overwhelming support and dedication, ensuring Rodwell’s safe transfer to South Africa with a commercial escort med-evac, as well as a liaison for his admission and advocating for the campaign. Special thanks to Dr Steven Lunt, Rachele Pretorius and Lorraine Melvill for their expertise and support during the evacuation.

Airlink for the fabulous service and accommodating our little patient, Rodwell.

ER24 for transferring Rodwell from OR Tambo International to Mediclinic Sandton.

Sandton Mediclinic for accepting Rodwell as a patient and for facilitating his treatment at a reduced rate.

Our distinguished paediatrician, Dr Kim Barnard, for her prominent role in overseeing Rodwell’s crucial care and well-being in totality.

The accomplished nursing staff members under the management of Sr Mila Monageng for their unparalleled nursing care.

The awesome team of allied workers for their exceptional rehabilitative care.

Gavin and Chantal Downward (Ocularists) for the more than gracious gesture of crafting and donating a prosthetic eye.

Dr Avish Jay Jagathpal (Prosthodontist) for the munificent donation and crafting of a prosthetic nose.

The Smile Foundation for their philanthropic gesture of taking over the fundraising campaign to ensure Rodwell’s continued rehabilitative care.

Zenith Lundell for her valuable assistance provided in the marketing and administration sphere.

Khurshida Sayed and Nadia Kolia for their dynamic networking for the fundraising campaign.

The anonymous donors for their magnanimous generosity for hosting Rodwell and his mom at a facility in Johannesburg, on his discharge.

They say it takes a village to raise a child. It takes even more to give a child his life back. This was achieved thanks to the valiant efforts of “Team Rodwell”. While this harrowing experience is something we hope Rodwell soon forgets, there is no doubt in our mind that the love received from every donor and well-wisher shall live in Rodwell’s smile forevermore. 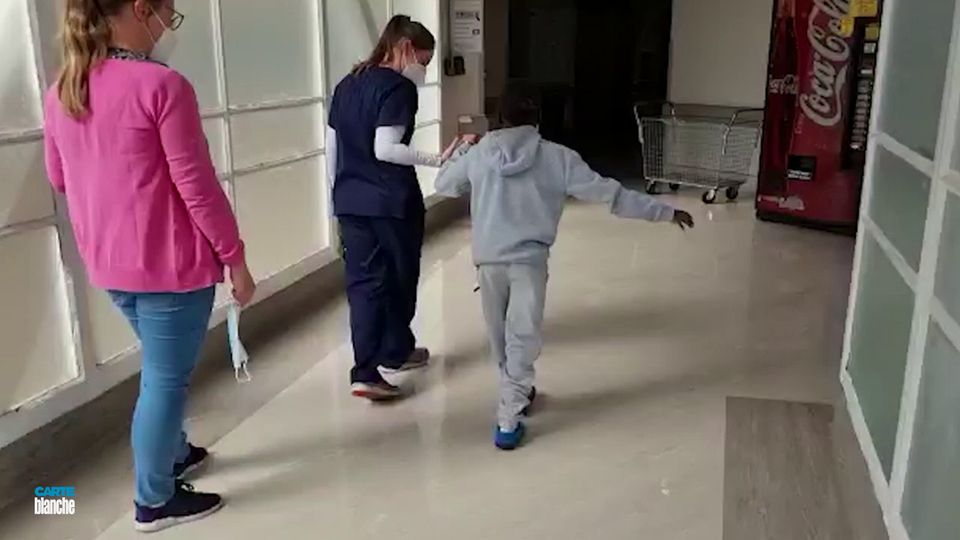 Video
Where are they now? Conjoined twins
𝗧𝗵𝗶𝘀 𝘀𝘁𝗼𝗿𝘆 𝗼𝗿𝗶𝗴𝗶𝗻𝗮𝗹𝗹𝘆 𝗮𝗶𝗿𝗲𝗱 𝗼𝗻 𝟲 𝗡𝗼𝘃𝗲𝗺𝗯𝗲𝗿 𝟮𝟬𝟮𝟮. A story that united a country on the edge: Conjoined at the head and sharing a critical vein, twins Mpho and Mphonyana Mathibela were born in Johannesburg in the late 1980s. Specialists gave them a fifty-fifty chance of surviving the complicated surgery needed to separate them. But the 40-person medical team at the then-Baragwanath Hospital made history. The operation was long, intricate, and ground-breaking and had never been attempted in South Africa before. Decades later, we catch up with the Mathibela family and the medical team that gave a family and South Africa hope. Your favourite episodes are now available on Carte Blanche: The Podcast: https://bit.ly/PodcastCB
Video
SA's Golden Girls
𝗧𝗵𝗶𝘀 𝘀𝘁𝗼𝗿𝘆 𝗼𝗿𝗶𝗴𝗶𝗻𝗮𝗹𝗹𝘆 𝗮𝗶𝗿𝗲𝗱 𝗼𝗻 𝟭𝟵 𝗦𝗲𝗽𝘁𝗲𝗺𝗯𝗲𝗿 𝟮𝟬𝟮𝟮. It's an Olympic sport, although not one that’s celebrated with much fanfare. But for three South African seniors – aged 60, 70 and 80 – race-walking is what gives them an impressive zest for life. Each walked away with gold medals at the World Master's Athletics Championships in Finland this year, making up six of the ten gold medals won by the South African team. In an era where the value of age is often eclipsed by the charisma of youth, these women aren’t looking to any fountain to defy the march of time. Carte Blanche took on our gold-winning champions. Your favourite episodes are now available on Carte Blanche: The Podcast: https://bit.ly/PodcastCB
Video
[FROM THE ARCHIVES] South Africa’s Paralympic heroes
𝗧𝗵𝗶𝘀 𝘀𝘁𝗼𝗿𝘆 𝗼𝗿𝗶𝗴𝗶𝗻𝗮𝗹𝗹𝘆 𝗮𝗶𝗿𝗲𝗱 𝗼𝗻 𝟮𝟲 𝗦𝗲𝗽𝘁𝗲𝗺𝗯𝗲𝗿 𝟮𝟬𝟮𝟭. When you meet Ntando Mahlangu, a young unassuming man with an infectious laugh, you’d be forgiven for not knowing that he is in fact a double Paralympic gold medallist with a new world record in long jump to his name. And he’s in good company because alongside Anrune Weyers and Pieter du Preez, they proudly represented Team SA at the Paralympic Games and brought home the gold. Your favourite episodes are now available on Carte Blanche: The Podcast: https://linktr.ee/carteblanchetv
Video
FROM THE ARCHIVES] Killer heart gene
𝗧𝗵𝗶𝘀 𝘀𝘁𝗼𝗿𝘆 𝗼𝗿𝗶𝗴𝗶𝗻𝗮𝗹𝗹𝘆 𝗮𝗶𝗿𝗲𝗱 𝗼𝗻 𝟮𝟱 𝗝𝘂𝗻𝗲 𝟮𝟬𝟭𝟳. It’s dubbed the biggest breakthrough since the first heart transplant in South Africa. A mystery of 20 years of intensive research has been cracked by a team of scientists at UCT medical school. They’ve identified the killer gene linked to cardiac arrest in young adults. Carte Blanche meets the scientists behind this medical discovery. Your favourite episodes are now available on Carte Blanche: The Podcast: https://bit.ly/PodcastCB