News
29 April 2021
There is a risk in paying tribute to the departed of drifting into obsequiousness, of eulogising them to the point of sainthood. I don’t intend doing that here because Michael Duffett and I had very little in common and should not have been friends.

We should not have been friends because of his unusual relationship with food.  He liked his pizzas so thin they could be sent by fax, his burgers singed at their edges. In our many years as colleagues I don’t recall him eating anything remotely healthy. If he stopped for a snack, it was for a Tempo and Coke rather than a salad.  He enjoyed braais as long as he wasn’t doing the cooking (or the washing up), and few trips gave him as much pleasure as the ones he made to Spur. 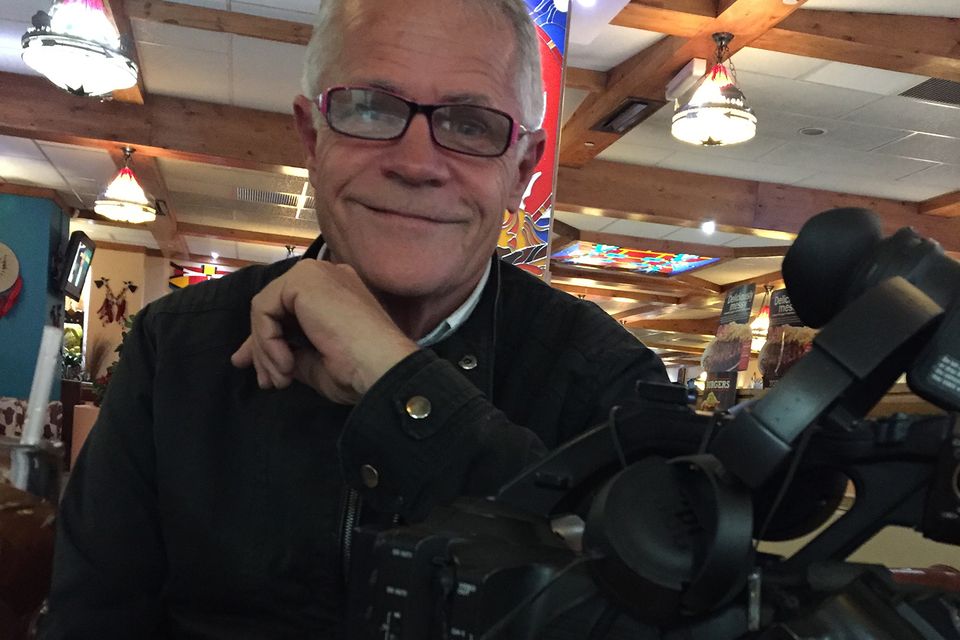 A significant part of any shoot day was set aside for the inevitable search for lost car keys, driver’s licence, pen, note pad, glasses, camera, tripod… all manner of items not nailed down. A last-minute airport dash in Bangalore was almost scuppered by a misplaced passport.  Yes, his forgetfulness was another reason we should not have been friends, and on that occasion, we weren’t – at least for the duration of the flight.

He had questionable taste in music. Nowhere else had Benny Goodman and his infernal clarinet received as much airtime than in Michael’s Ford Focus. The trauma inflicted on a generation of presenters and crew by endless jazz riffs is another reason Michael and I should not have been friends.

And how many of our conversations went unfinished because of the allure of cigarettes and strangers?  He was unrelentingly inquisitive and seemed almost obsessive in his desire to meet new people and hear their stories. I got used to finishing meals in the company of my phone while he dragged his chair to a neighbouring table or swapped details with a fellow smoker. Another reason Michael and I really should not have been friends.

The list of things that should have made a friendship unthinkable, accumulated over years of work in almost every corner of South Africa and three assignments abroad, was endless. The creative disagreements, a camera held together with masking tape and prayer, his insistence on calling some judges and politicians “darling”. The way he recoiled in shock when he realised Kinshasa wasn’t a riverside paradise full of cafes serving cocktails and canapes, the time he cracked an egg at a hotel breakfast table oblivious to the need to boil it first, and when he suggested I distract myself from heavy turbulence en route to Dubai by watching Air Crash Investigations on the in-flight entertainment.  All of them reasons we should not have been friends, but we were.  And all the reasons we shouldn’t have been are the things I will miss the most. 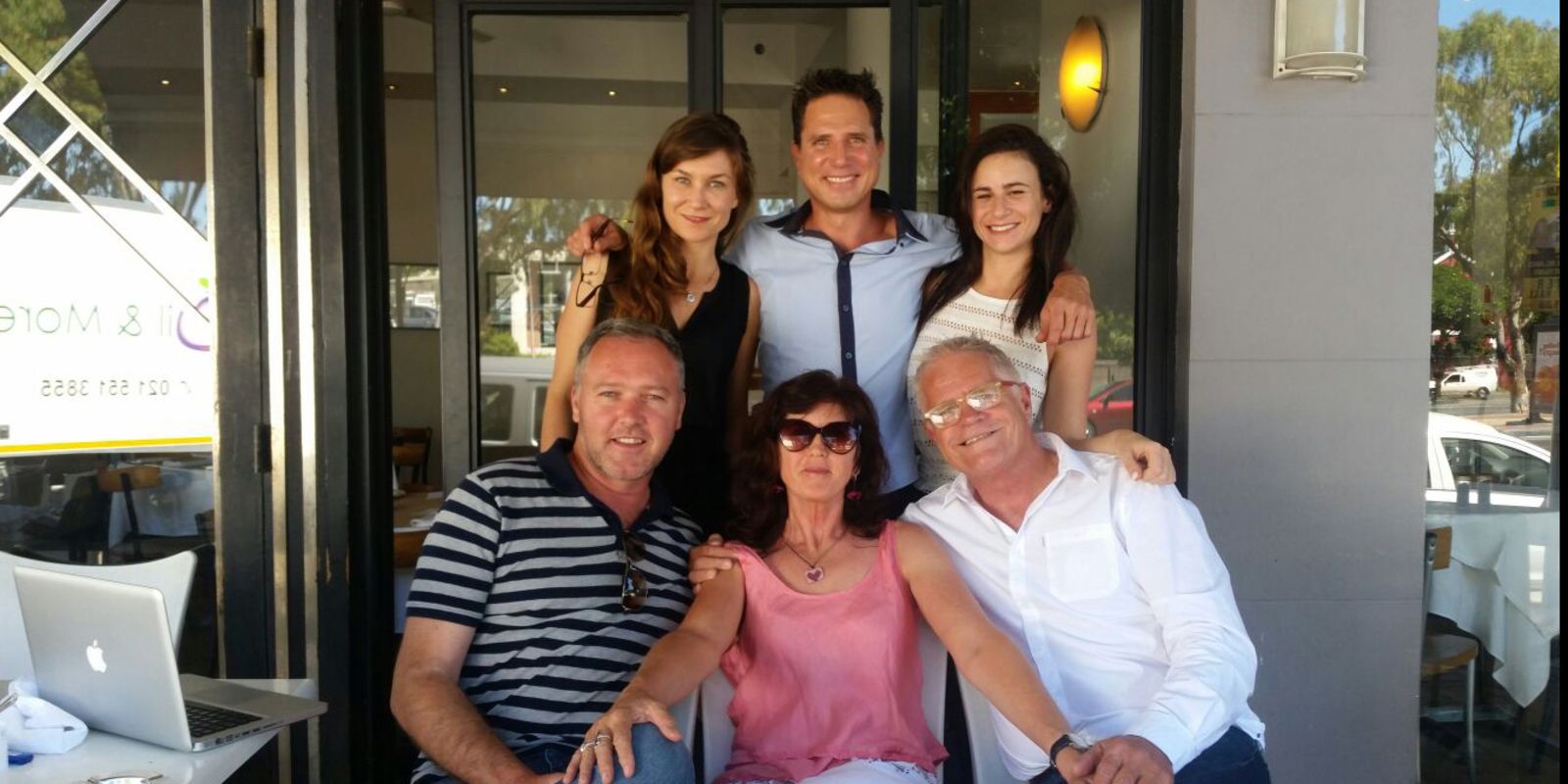 Michael was disarmingly charming, it’s true. And funny, and mischievous, and irreverent. He was all those things, and all of them made shooting with him seem less like work and more like a day out.  Most of the time. And between interviews he regaled us with talk of a past or upcoming Grand Prix with a passion bordering on the fanatical.  Yes, amid Tempos and Coke and cigarettes, Michael could machismo with the best of them. Wrap them all up; the minor irritations, the frailty, the flaws, the compassion, the jokes and you have a man most often described as complex. In conversations following news of his death, it’s a word I’ve used to describe him, too.  But now, I wonder, is it true? Or was he a simple man, with simple expectations – of himself and others?

It seems to me, the empathy and compassion that so characterised his interactions with others and shaped his approach to story-telling might not have come from a complex man. They came instead from someone not afraid to reveal what most of us try and hide: our fragilities, our imperfections, our foibles. Is it not more complex to disguise from the world the traits we believe might shrink our worth? To pretend we’re not as anxious, as wracked by doubt, as lonely as we sometimes are.  Michael put his flaws on display and in doing so appeared better able to see them in others and to want to help… if help were needed.

It made him a better storyteller, a better friend and, I would argue, a better man.  It also made him vulnerable and sometimes very sad.  Perhaps, as a simple man in a complex world.

I’ll miss Michael Duffett.  I already do. And I’ll never forget him.

Video
[FROM THE ARCHIVES] Remembering Shaleen Surtie-Richards
𝗧𝗵𝗶𝘀 𝘀𝘁𝗼𝗿𝘆 𝗼𝗿𝗶𝗴𝗶𝗻𝗮𝗹𝗹𝘆 𝗮𝗶𝗿𝗲𝗱 𝗼𝗻 𝟭𝟯 𝗝𝘂𝗻𝗲 𝟮𝟬𝟮𝟭. She was not only a gifted and celebrated actor - but she was also a well-loved people’s person who embraced a cross-section of South African audiences in her wide body of work. South Africa has had to say good-bye to the warm and spirited Shaleen Surtie-Richards this past week. Far too soon. #CarteBlanche
Video
The celeb and the crypto scheme
𝗧𝗵𝗶𝘀 𝘀𝘁𝗼𝗿𝘆 𝗼𝗿𝗶𝗴𝗶𝗻𝗮𝗹𝗹𝘆 𝗮𝗶𝗿𝗲𝗱 𝗼𝗻 𝟭𝟱 𝗠𝗮𝘆 𝟮𝟬𝟮𝟮. A story about the lure of celebrity and the deceptive façade of success… Loyal listeners to a national radio station responded to an advert promising huge returns in a cryptocurrency scheme. The man at the helm, a beloved drive-time radio host, and his millionaire business partner won the trust of several wishful investors. Wholly untrained in personal finance management or the pitfalls of digital trading, several investors left their jobs, cashed in their pensions and savings policies, and even took out bank loans to invest in the glittering scheme. But for at least 140 people the man they trusted to guide them through the crypto maze appears to have been little more than a confidence trickster. Carte Blanche investigates how hundreds of thousands of rands have vanished, along with the guy who promised to triple investments.
News
Top 5 Michael B. Jordan Roles
M-Net Movies looks at five of Michael B. Jordan's best roles.
Gallery
The Late Late Show With James Corden Season 5