How to Be a More Responsible Succulent Owner

News
15 August 2021
Many plant owners aren’t even aware that they’re supporting the black market, while some may be all too aware. Sadly, once these plants are taken from the wild, it’s almost impossible to reintroduce them to their native soil, leaving overburdened botanical nurseries to keep these precious plants alive.

The collecting of houseplants, specifically succulents, has increased dramatically over the past year. With lockdown leaving many housebound individuals yearning for the great outdoors, incorporating a variety of interesting houseplants has become a popular trend – especially online. With 3.6 billion views for #PlantTikTok on the popular video-sharing app TikTok, and 168 million posts containing #Succulent, small potted plants have become big business.

With several plant lovers referring to themselves as “plantfluencers” on social media, conservationists are now ringing the alarm as some of these plantfluencers are buying up more rare and unique plants. This uptick in owning the rarest of plants has brought with it a much darker criminal element as plant poaching syndicates indiscriminately remove thousands of plants from the wild to resell online. Many of the more hard-to-find species also require specialised skills to keep alive – skills the average plantfluencer may not have.

A large chunk of illegally sourced plants comes from the biodiverse Richtersveld National Park in the most north-westerly corner of South Africa. Some of the plants endemic to this region can only be found on a single mountain slope or in the cracks and crevices of a far-flung valley. So, when these rare plants are ripped from the soil by poachers, the possibility of these plants becoming extinct increases dramatically. 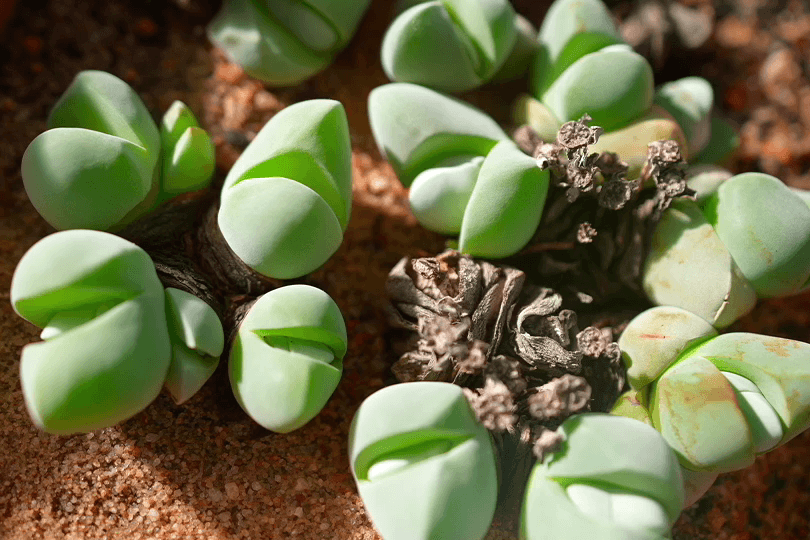 WHEN DAMAGE IS DONE

Unfortunately, many plant owners aren’t even aware that they’re supporting the black market, while some may be all too aware. Sadly, once these plants are taken from the wild, it’s almost impossible to reintroduce them to their native soil, leaving overburdened botanical nurseries to keep these precious plants alive.

The most popular species to be poached in large scale is conophytum, with all listed sub-species currently on the South African National Biodiversity Institute (SANBI) red list classified as either Critically Endangered1, Vulnerable2, Endangered3 or Near Threatened4 .

WHAT YOU CAN DO

If you suspect someone is sourcing or selling protected plant species, you can report the matter to the police. Alternatively, you can reach out to SANBI for further assistance.

Video
Tiger on the loose
𝗧𝗵𝗶𝘀 𝘀𝘁𝗼𝗿𝘆 𝗼𝗿𝗶𝗴𝗶𝗻𝗮𝗹𝗹𝘆 𝗮𝗶𝗿𝗲𝗱 𝗼𝗻 𝟮𝟵 𝗝𝗮𝗻𝘂𝗮𝗿𝘆 𝟮𝟬𝟮𝟯. She was an eight-year-old Bengal tiger named Sheba, hand-reared and loved. But tigers are apex predators, so when this fully-grown female escaped from her enclosure in the South of Johannesburg, locals panicked. Her owner, Rassie Erasmus, conscious of the danger she posed, was among them. As reports emerged of Sheba feasting on domestic animals, residents grew increasingly alarmed, fearing they may be next. It became clear to Erasmus what needed to be done: Sheba would have to be killed. It’s a story that enraged and baffled in equal measure. What explains government's reluctance to ban the keeping of exotic cats as pets? And was her death the only possible solution? Carte Blanche investigates and discovers there may be more to this story than meets the eye (of the tiger). Your favourite episodes are now available on Carte Blanche: The Podcast: https://bit.ly/PodcastCB
Video
Coming up on 29 January - Sheba the tiger
An electric fence deliberately cut to release an apex predator, the owner who took her down, and the police investigation to uncover the truth... We take you inside the frantic hunt for Sheba the tiger. Your favourite episodes are now available on Carte Blanche: The Podcast: https://bit.ly/PodcastCB
Video
The Professor and the plant
𝗧𝗵𝗶𝘀 𝘀𝘁𝗼𝗿𝘆 𝗼𝗿𝗶𝗴𝗶𝗻𝗮𝗹𝗹𝘆 𝗮𝗶𝗿𝗲𝗱 𝗼𝗻 𝟮𝟳 𝗠𝗮𝗿𝗰𝗵 𝟮𝟬𝟮𝟮. For centuries, humankind has been on an endless hunt for the Fountain of Youth. But perhaps it wasn’t a fountain we should have been looking for. A chance encounter with a remarkable plant with an ability to revitalise itself within a few hours of light rain brings hope. UCT Professor Jill Farrant is working to isolate the gene sequence of these plants to find out what secrets they could unlock. They’re called the Resurrection Pants, a very rare species seemingly able to come back from the dead. These plants are known to lose up to 95 percent of their water capacity, only to bloom back to life in as little as 12 hours after rain. So, could these plants be the real Fountain of Youth or perhaps reveal how we might survive the impacts of climate change?
Video
A taste of nature
Painted Dog TV safari guide Khaya Tlou exudes passion as he talks about the wild and why he chose this career. Having to learn over 200 different bird names and calls just to pass his exam, he's the perfect guy to introduce you to the wonders of South African wildlife. Speaking eight languages - including bird - Masa had some fun learning from him and literally getting a taste of the bush.