A day of fire and questions

News
08 January 2022
EWN Managing Editor, Ray White describes what reporters go through when something as drastic as the parliamentary fire takes place. The reasons underlying this alleged arson are yet to be uncovered… More on Carte Blanche, Sunday 9 January.

The cycle of news has been brutal and unrelenting – on a daily and sometimes hourly basis – news breaks in our country and being a major news gatherer and broadcaster, Eyewitness News is ready for this.

Sunday the second of January was a day like any other, with the funeral of Archbishop Emeritus Desmond Tutu having taken place the day before. But just after 7am, the first reports of a fire at Parliament started to emerge.

Eyewitness News is based on the foundation of the public assisting in being our eyes and ears – telling us what they see. By 7.10am, it was becoming very clear through pictures sent by news sources and others that there was a problem in parliament – a fire had broken out in what appeared to be the rear section of Parliament. 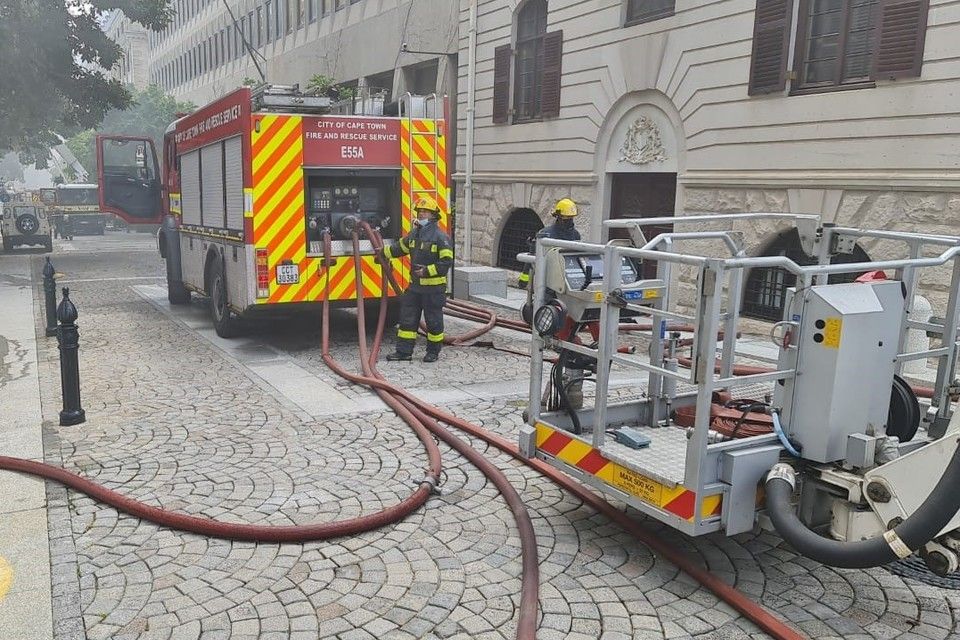 Image: City of Cape Town - JP Smith
Any EWN reporter knows that when an editor calls early on a weekend morning that something has happened – and it’s important. Within a few rings, Cape Town reporter Lauren Isaacs answered, grabbed her kit and immediately set off towards Parliament. It was then that her day began.

When training reporters on doing live crossings, as they are just arriving on a scene the standard practice is to move from left to right, describing what they see. This creates a picture in the listener’s mind. Lauren is very good at this and immediately we began with our reports crossing to 702 and CapeTalk. The advantage of radio is that it’s immediate and quick.

After setting the scene, the next task is to gather sound, take pictures for the website and get official comment so that the public gets an informed picture of the scene. Sometimes spokespeople can be difficult, but it’s the job of the reporter to simply report on what they have learnt.

Lauren spent the day talking to officials and reporting on the fire that spread rapidly through the building. Her day began just after 7am – it ended after midnight.

This is a story that saw the centre of government almost destroyed – that morning and Lauren’s reports will be remembered for many years.

~ Ray White (EWN Manging Editor)
Get your latest EWN coverage of the parly fire at ewn.co.za. 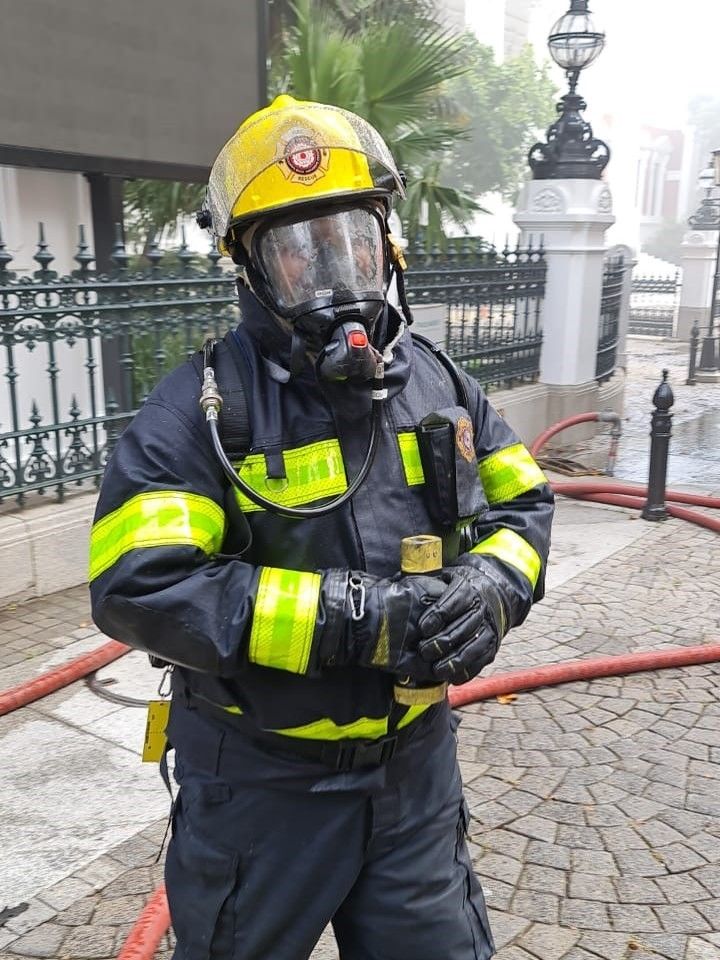 Video
Up in flames
𝗧𝗵𝗶𝘀 𝘀𝘁𝗼𝗿𝘆 𝗼𝗿𝗶𝗴𝗶𝗻𝗮𝗹𝗹𝘆 𝗮𝗶𝗿𝗲𝗱 𝗼𝗻 𝟴 𝗠𝗮𝘆 𝟮𝟬𝟮𝟮. Are Johannesburg’s affluent northern suburbs being terrorised by someone with an appetite for fire? Recently, at least 11 upmarket homes have been broken into and set alight, raising fears that an arsonist is at work. But does the evidence support that conclusion? In some cases, valuables were stolen while in others the homeowners appear to have been deliberately attacked. Yet, despite the different modus operandi, the suspect or suspects’ penchant for fire has investigators puzzled. Carte Blanche investigates.
Video
Bat's What I'm Talking About
For decades, scientists have predicted a highly contagious pandemic would one day ravage the world’s population and crash global financial markets. They didn’t know how it would start, but they knew to follow the clues. Then the COVID-19 pandemic finally proved them right. Now, South African researchers are heading into bat caves in search of crucial scientific data that could help prevent the next pandemic.
Video
The war on buses
𝗧𝗵𝗶𝘀 𝘀𝘁𝗼𝗿𝘆 𝗼𝗿𝗶𝗴𝗶𝗻𝗮𝗹𝗹𝘆 𝗮𝗶𝗿𝗲𝗱 𝗼𝗻 𝟮𝟮 𝗠𝗮𝘆 𝟮𝟬𝟮𝟮. Long-distance bus travel is a lucrative business in South Africa, with thousands of passengers transported across the country each day. But, in the Eastern Cape, regional roads are highly prized and, for some minibus taxi drivers, not for sharing. When buses “stray” onto their turf, the consequences are often violent, sometimes deadly. A Carte Blanche investigation lays bare the extreme hazards associated with bus travel, and discovers the problem extends into other provinces, too.
Video
[FROM THE ARCHIVES] The big break-up
𝗧𝗵𝗶𝘀 𝘀𝘁𝗼𝗿𝘆 𝗼𝗿𝗶𝗴𝗶𝗻𝗮𝗹𝗹𝘆 𝗮𝗶𝗿𝗲𝗱 𝗼𝗻 𝟭𝟰 𝗡𝗼𝘃𝗲𝗺𝗯𝗲𝗿 𝟮𝟬𝟮𝟭. It was the perfect match: a party that delivered the nation’s liberation, and an electorate hungry for the fruits of freedom. From ’94, election after election gave the ANC comfortable majorities as it continued to enjoy unwavering support, even as the cracks of factionalism began to show. With the vast majority of voters not even bothering to turn up on the day, what does it mean for South Africa’s future?