News
21 October 2022
From throats being slit to the dead resurrected, Ajoche will spook you.
Subscribe To Watch

With Halloween nearly upon us, we look at five times Ajoche gave us Halloween vibes.

We are throwing it back to when Princess Ene refused to surrender to Epe. Infuriated, Epe slit the throat of Ene’s husband, the Prince of Ufam, sending blood in all directions. 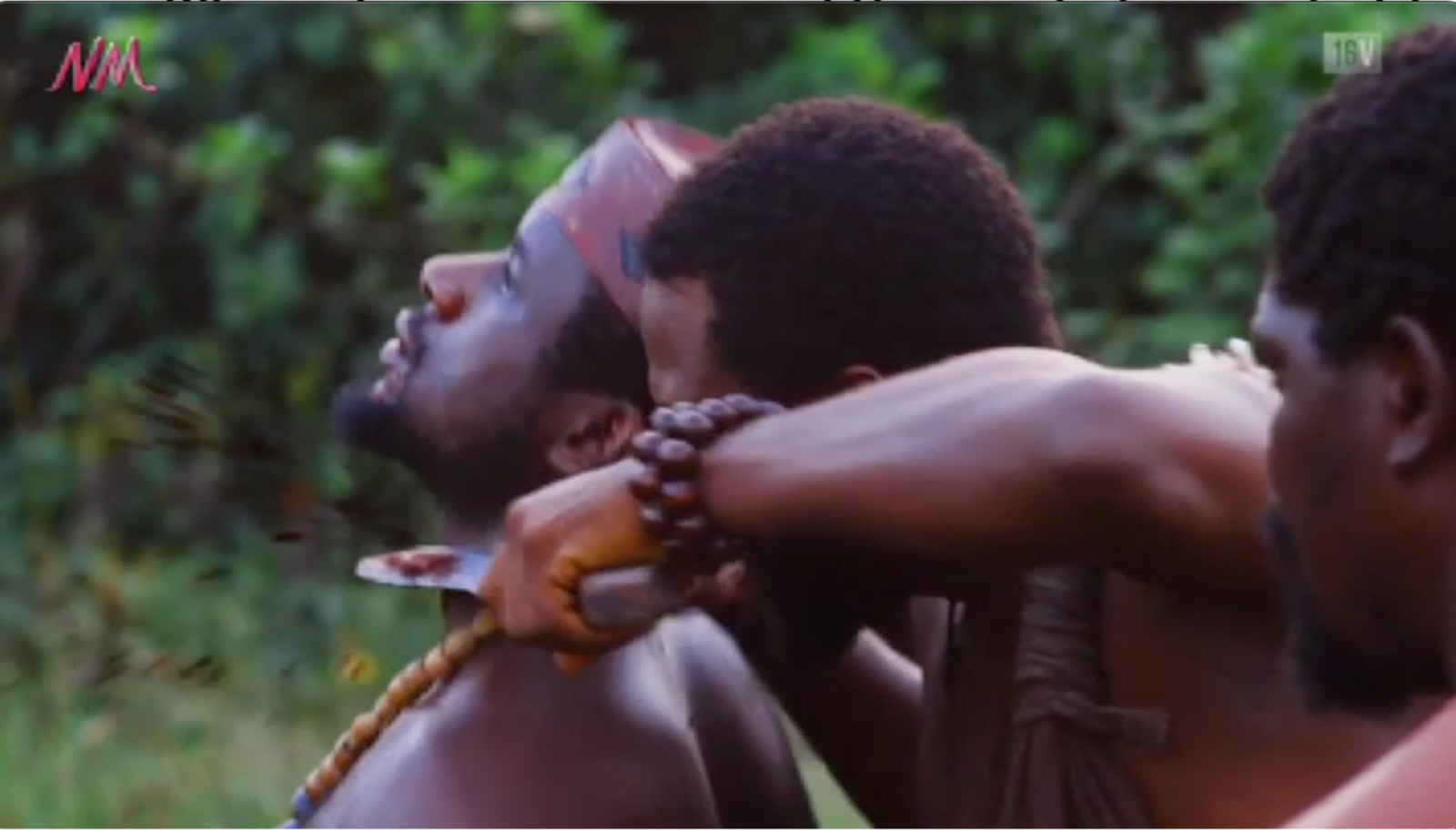 Claiming the number two spot is a battle scene between Princess Ene and Epe’s warriors. Princess Ene’s warrior threw a spear with the intent to kill a member of the opposition. The spear half pierced the arm of its intended target and he had to walk around in that freaky state. 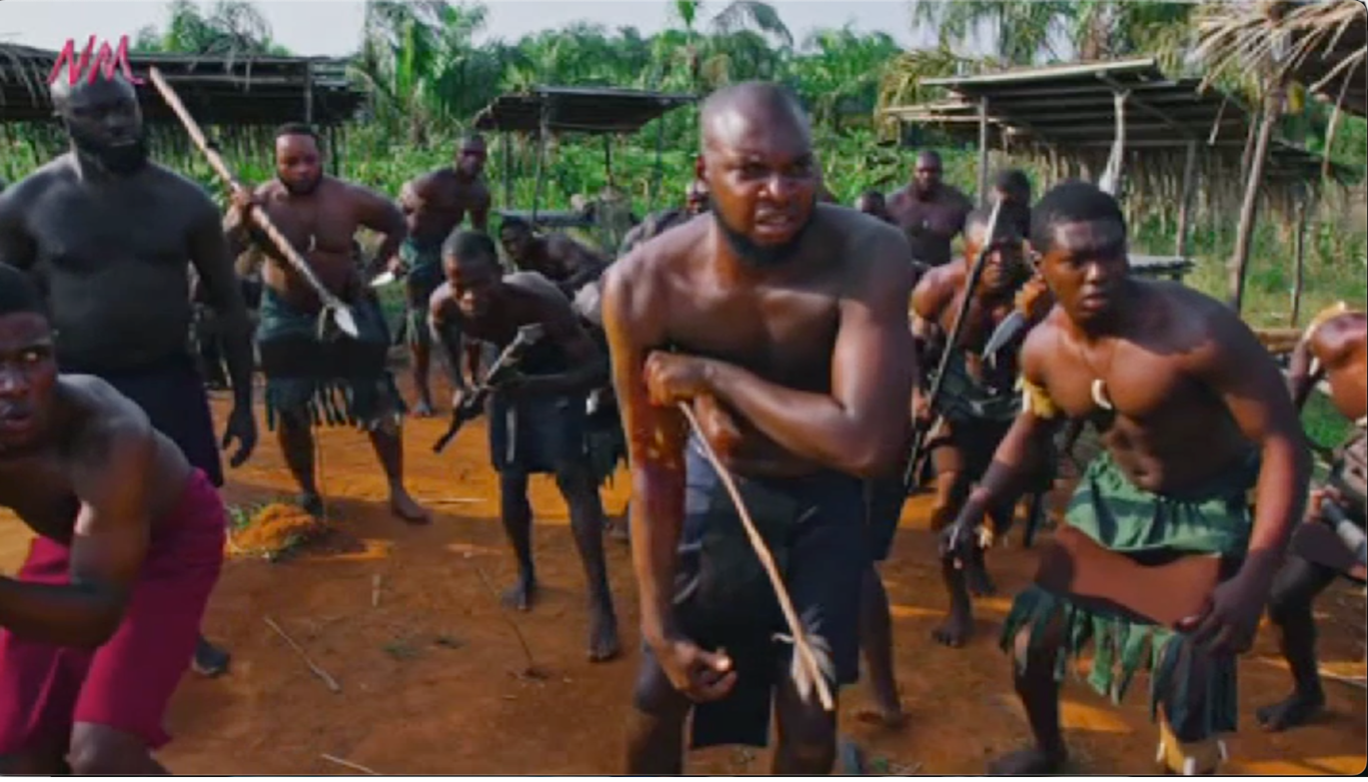 The forest scene between Apeh and a mute passerby takes the number three spot. This scene opened with Apeh on the ground – lifeless. A few minutes in, we saw him slithering along like a snake towards a passerby’s feet. 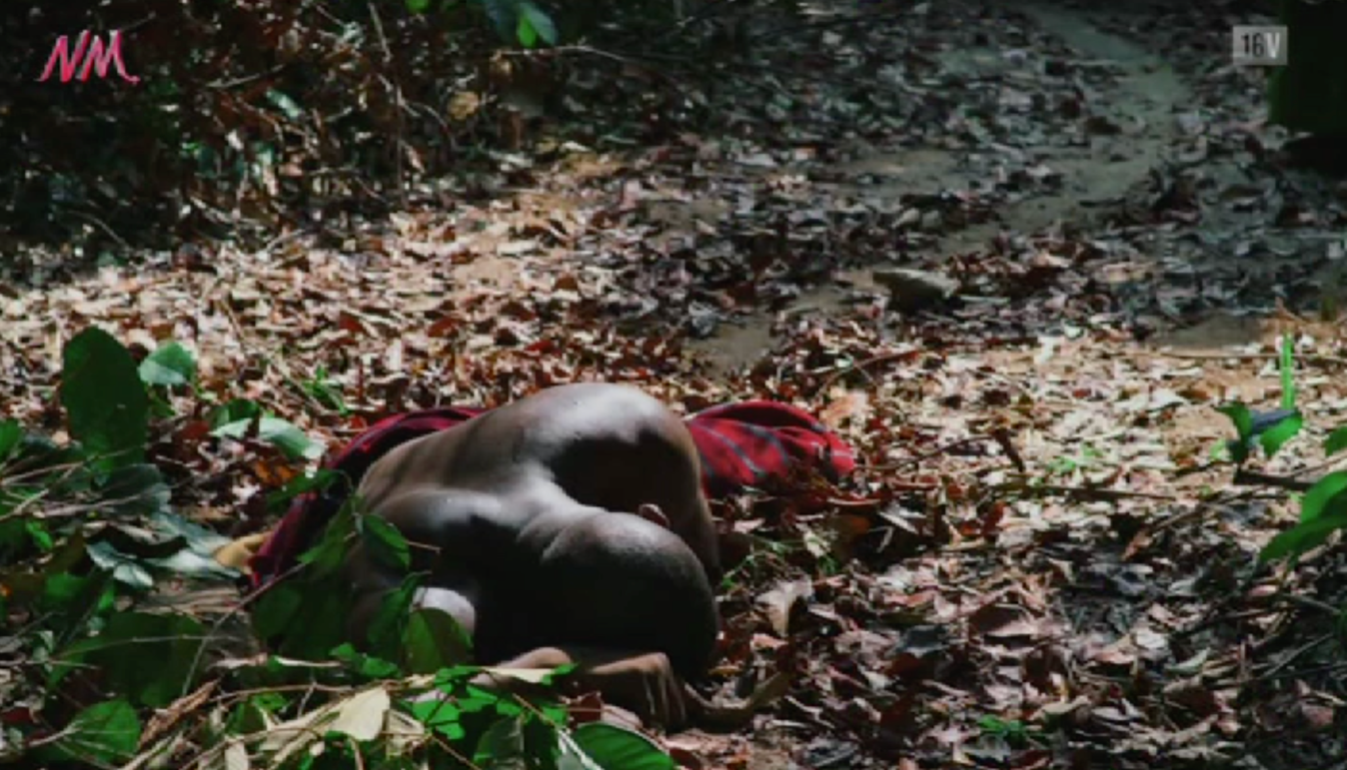 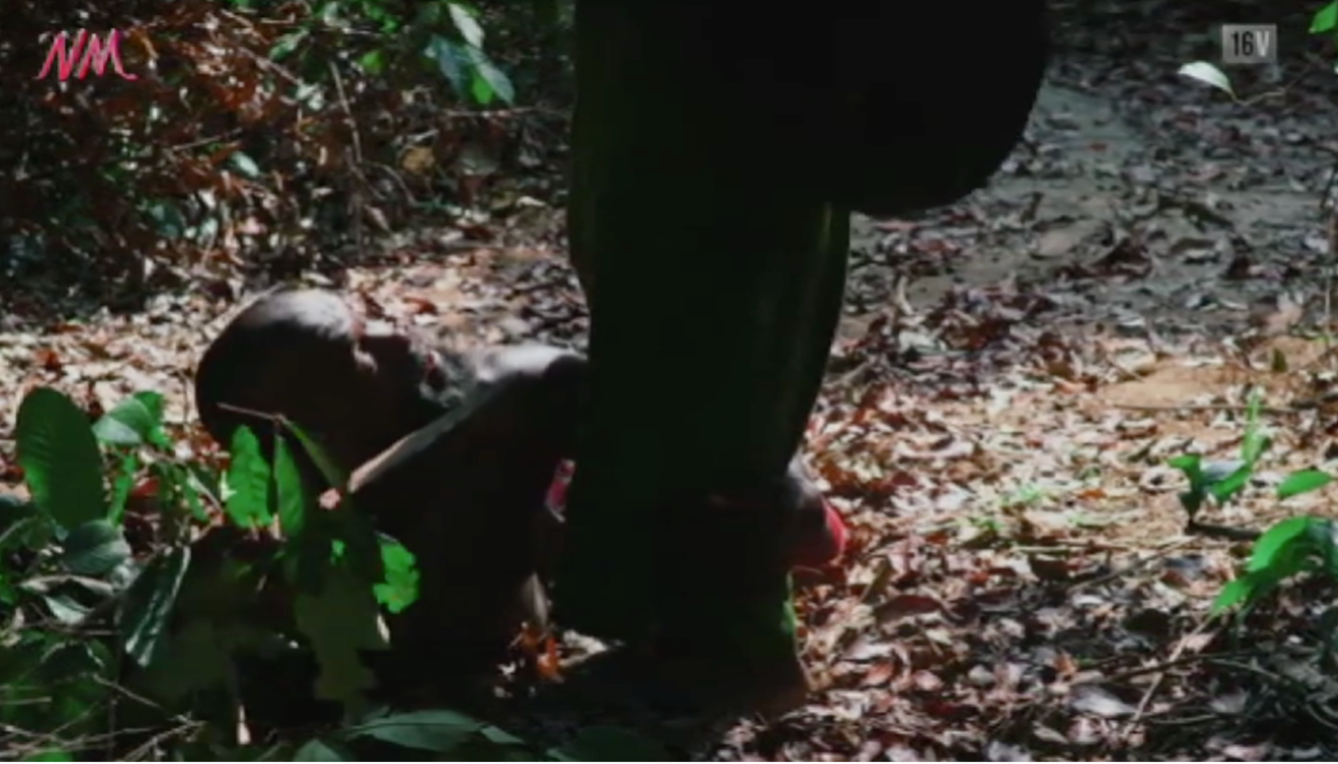 Sitting at number four is the scene between Apeh and his wife. Out of desperation, Apeh’s wife became the witch of Ocholuje. To fix her bedroom affairs, she secretly added juju to Apeh’s meal, and when he found out, all hell broke loose. With a sharp knife in hand, Apeh was a raging bull and went for the kill. 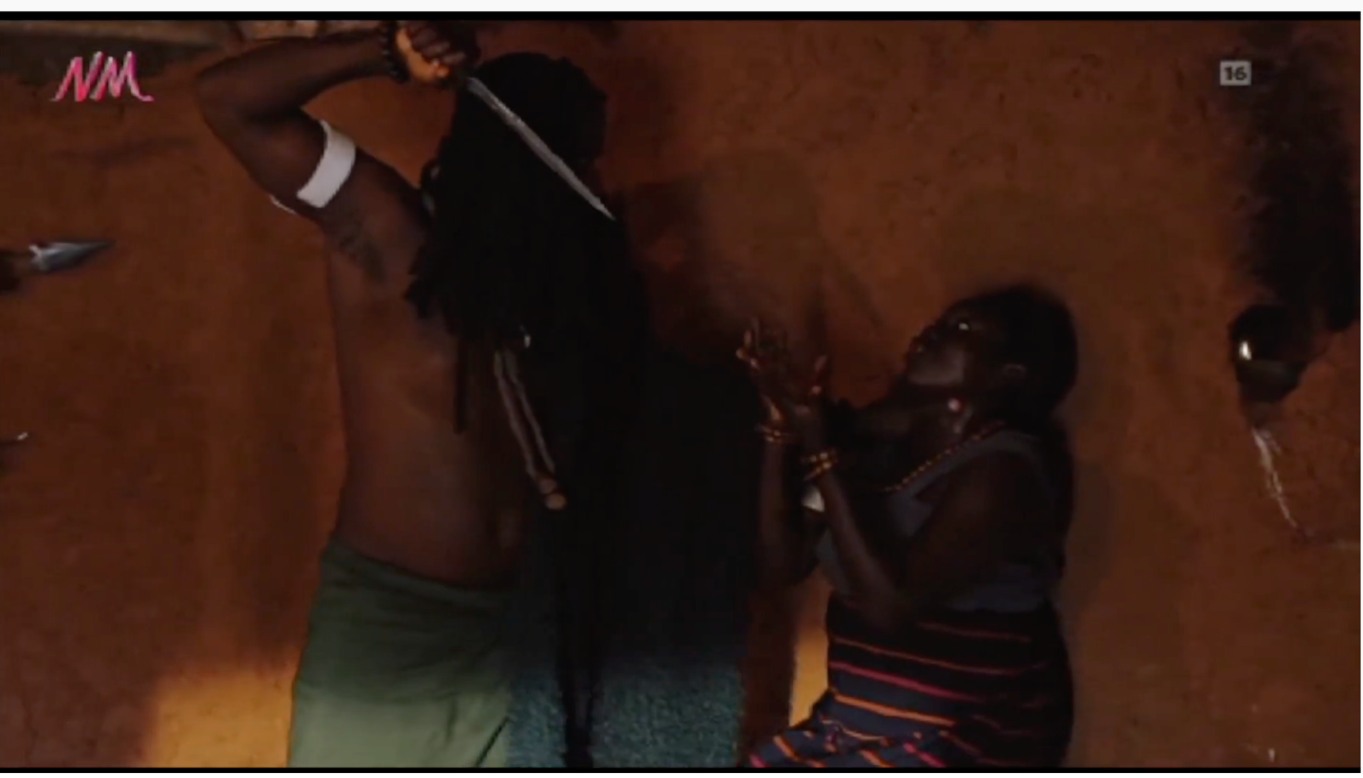 Finally, the number five spot goes to the masked men of Ochuluje.

No one does “creeping it safe” better than these men. Their terrifying masks easily double up as a disguise and as part of a horror costume.

Finally, the number five spot goes to the masked men of Ochuluje.

No one does “creeping it safe” better than these men. Their terrifying masks easily double up as a disguise and as part of a horror costume. 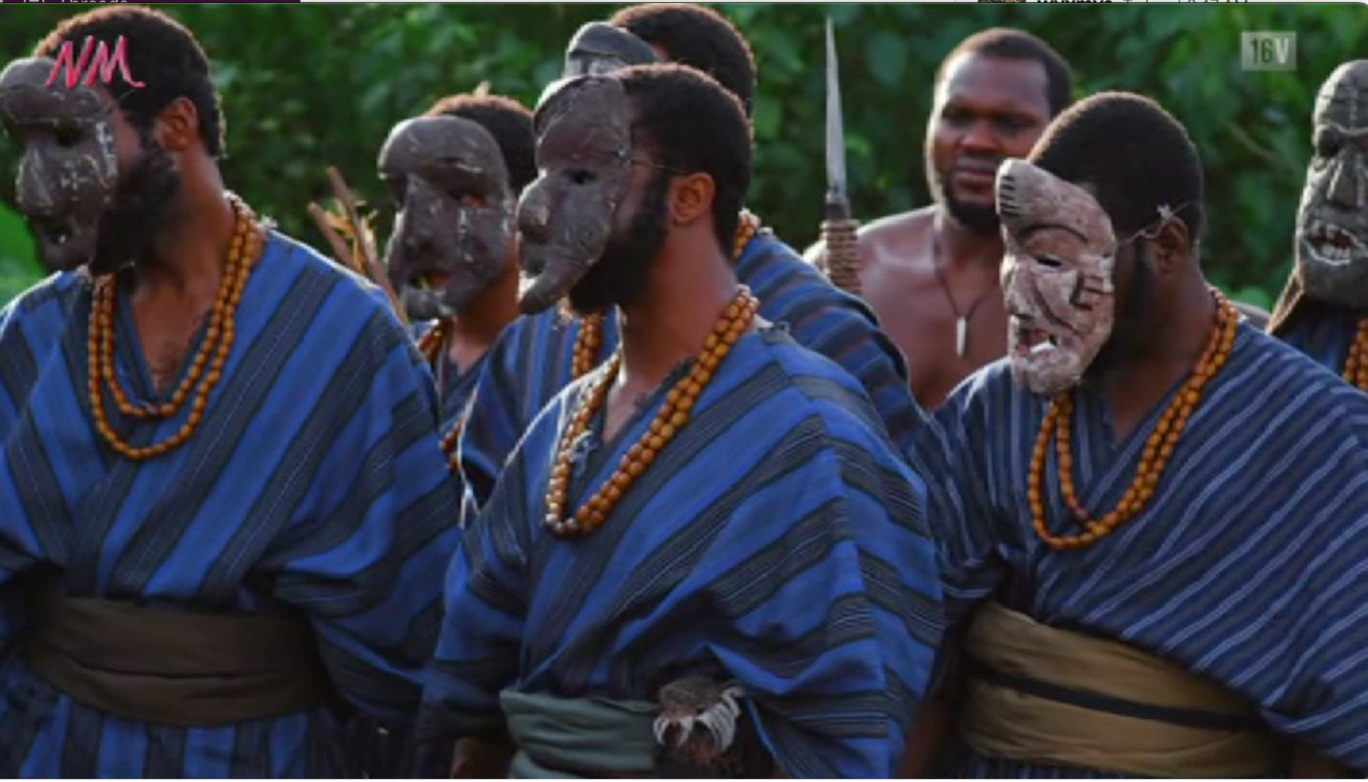 You can catch Ajoche daily on #NovelaMagic, DStv channel 165. If you want to join our Novela Magic fam conversation on the shows, follow Novela Magic on Facebook and Twitter using #NovelaMagic.

Video
A shot is fired - Ajoche
With princess Ene in the forefront, the warriors are ready for war. Epe and his men are caught off guard. A shot is fired and a life is lost. Tune in to Ajoche for drama galore.
Video
A dark cloud falls – Ajoche
Epe learns some disturbing news about his mother. Elakeche drops a big bomb, and a young man is ready for war.
Video
The drama is becoming more intense - Ajoche
A certain someone is under the king’s protection.
Video
A new kingdom - Ajoche
We’re introduced to a new kingdom, however its people seem to be in turmoil.