No TV fan worth the salt on their popcorn could have failed to notice that the new series, Bridgerton, has taken the world by storm. If you’re very much in love with this show, perhaps your Sunday night movie, Little Women, may be something you’ll like too. There are marked differences between the two – besides the very obvious fact that one’s a series and the other a movie – but delve a little deeper and you’ll find they share more in common than you might realise.

They’re both based on books written by women.
Books are a rich source that Hollywood mines mostly to great success (think Sherlock Holmes, Harry Potter, Game of Thrones, The Hunger Games – we could go on). Little Women and Bridgerton are two more great examples. This week’s Sunday night movie is the latest of many adaptations of Little Women, a famous novel written by Louisa May Alcott. Bridgerton is based on a series of books written by Julia Quinn. But Little Women is hardly a standalone, having been followed by two more novels: Little Men and Jo’s Boys. 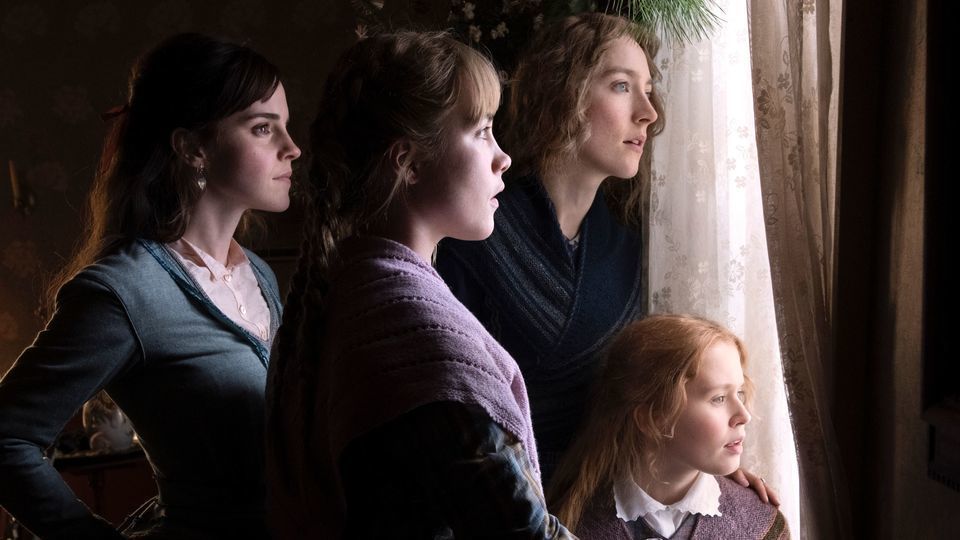 They’re both period dramas.
Both are set in the 19th century. However, Bridgerton is set at the beginning (1813) and Little Women closer to the middle (in the 1860s). They’re also set in different locations, with the former taking place in England and the latter in the United States. The source novels are even further apart: Alcott’s Little Women was published between 1868 and 1869, while the Bridgerton books were released from 2000 to 2013. Despite the much older source material, Greta Gerwig brings contemporary conversation into her adaptation of Little Women with the skill and flair of her beautiful writing and direction. Bridgerton also keeps the conversation contemporary, creating a racially-integrated 19th century London. 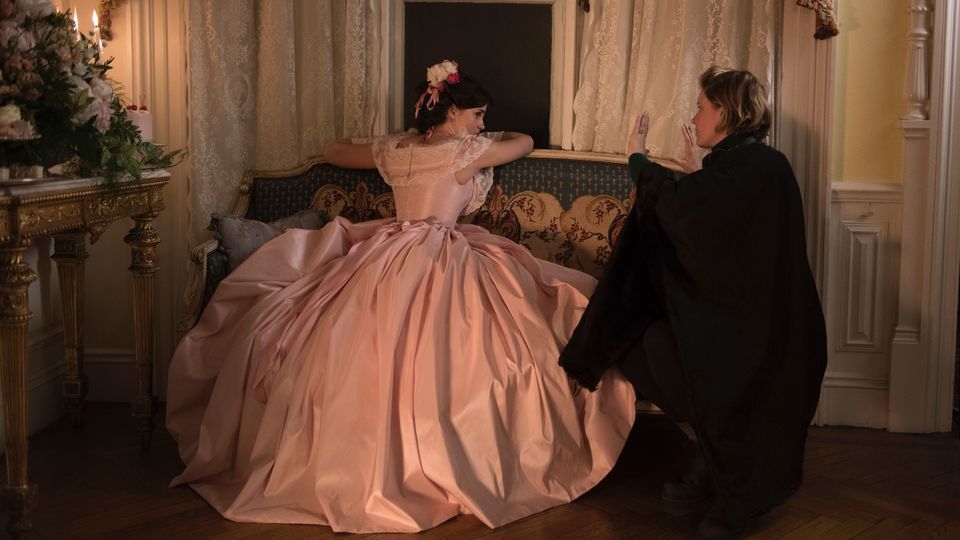 They’re both powered by strong female presences in Hollywood.
As the writer and director, Gerwig is the driving force behind Little Women. Behind the scenes, she’s supported by three female producers. In front of the camera she has an amazing female-led cast in the form of Florence Pugh, Emma Watson, Laura Dern, and Meryl Streep. Gerwig’s friend and returning collaborator Saoirse Ronan (they worked together to much acclaim in Lady Bird) is front and centre as the irrepressible Jo. 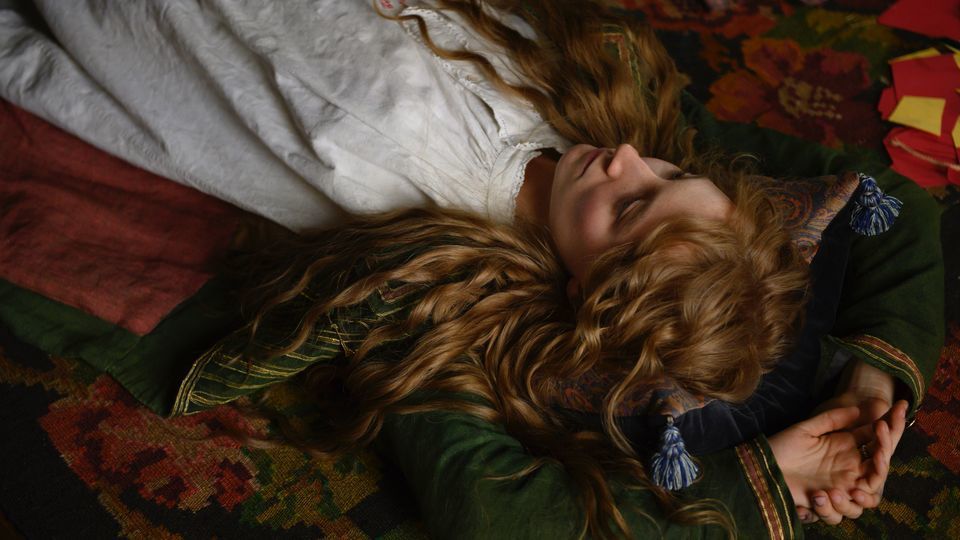 Shondaland fans will be familiar with the great Shonda Rhimes and her numerous hit shows, which now includes Bridgerton. Rhimes serves as one of the executive producers on the show, which is also brought to the screen by her production company, Shondaland. The cast boasts a lot of fresh, young faces and it’ll be interesting to watch their careers unfold.

They’re both sister-oriented.
From the March sisters to the Bridgerton sisters, both Little Women and Bridgerton focus on sisterhood. With this theme forming an integral part of the stories you can expect an abundance of love, laughter, and rivalry. Brigderton’s sibling rivalry has an added layer of complexity with four brothers in the mix as well – not to mention a whole extra group of sisters in the form of the Featherington girls! 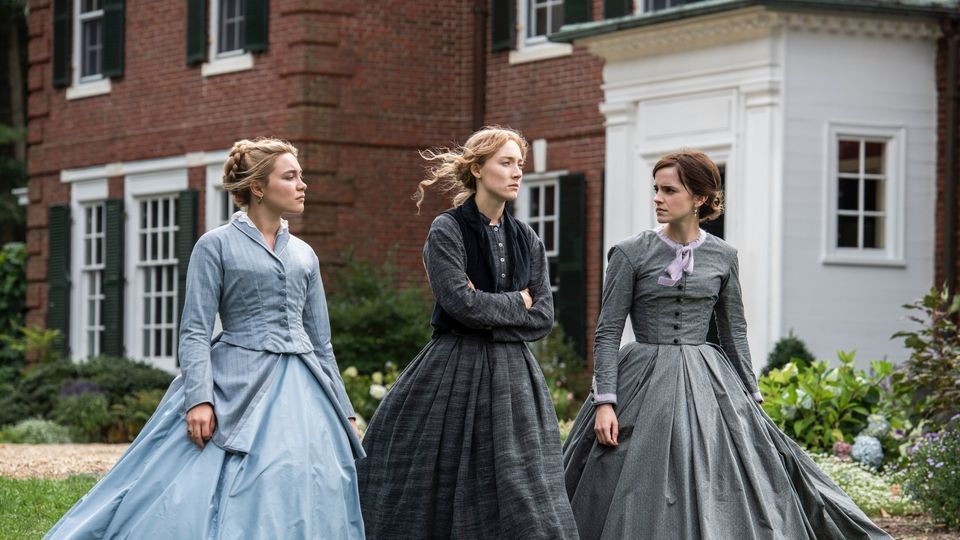 They’re both full of great female characters.
The sisters are hardly the only female characters in these stories. Little Women has the wonderful addition of the girls’ mother, Marmee March, as well as the eccentric Aunt March. Bridgerton’s cast is considerably more expansive: along with the Bridgerton and Featherington sisters, there’s a cousin, the Bridgerton and Featherington matriarchs, and the omnipresent Lady Whistledown who is voiced by Julie Andrews. 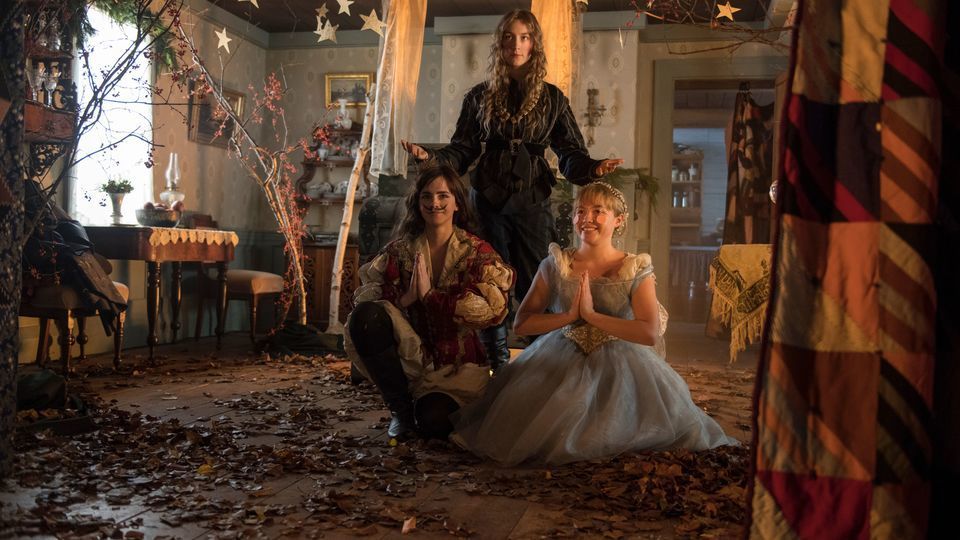 Is your interest piqued? Or are you already a  Little Women fan and want a rewatch? Join the March sisters as they come of age in Little Women, your Sunday night movie on 14 February at 20:05 on M-Net channel 101.

Video
Whistleblowers: The truth warriors
𝗧𝗵𝗶𝘀 𝘀𝘁𝗼𝗿𝘆 𝗼𝗿𝗶𝗴𝗶𝗻𝗮𝗹𝗹𝘆 𝗮𝗶𝗿𝗲𝗱 𝗼𝗻 𝟯𝟬 𝗝𝗮𝗻𝘂𝗮𝗿𝘆 𝟮𝟬𝟮𝟮. “I’m not in hiding – I move around. I’m not a victim. I’m a participant in the struggle against corruption.” The words of a man who’s spent months on the run after an attempt was made on his life. But he’s not the only one – around the country, there are men and women who’ve risked everything to expose fraud and corruption in some of our most powerful institutions. The threats on their lives are real and their fear is palpable. So, why has government done so little to protect whistleblowers?
Video
[FROM THE ARCHIVES] Diesel skimming
𝗧𝗵𝗶𝘀 𝘀𝘁𝗼𝗿𝘆 𝗼𝗿𝗶𝗴𝗶𝗻𝗮𝗹𝗹𝘆 𝗮𝗶𝗿𝗲𝗱 𝗼𝗻 𝟮𝟮 𝗦𝗲𝗽𝘁𝗲𝗺𝗯𝗲𝗿 𝟮𝟬𝟭𝟵. Have you heard of diesel skimming? It’s a little-known, illegal operation where hundreds of truck drivers make unscheduled pit stops to allow criminals to siphon off several litres of fuel from their trucks in exchange for hard cash. The transaction is quick. The money is easy. And it’s unsuspecting consumers who could be forking out extra in transport fees. Carte Blanche goes undercover to expose one major syndicate on Johannesburg’s East Rand. -- Visit the Carte Blanche official site: https://mnet.dstv.com/show/carte-blanche Find us on Catch Up: https://bit.ly/32VvbU5 Stream the show live on DStv Now: https://bit.ly/3l92LhH Watch more series and movies on Showmax, start your 14-day free trial here: https://bit.ly/36PFSr0 Get DStv: https://bit.ly/3edx58V Like Carte Blanche on Facebook: https://www.facebook.com/carteblanchetv/ Follow Carte Blanche on Twitter: https://twitter.com/carteblanchetv/ Be a fan on Instagram: https://www.instagram.com/carteblanchetv/ #carteblanche #petrolprice #fuelpricehike #fuelprice #expensive #investigation #crime
Video
Watch the Trailer - Little Women
Saoirse Ronan, Emma Watson, Florence Pugh, and Eliza Scanlen star as the March sisters in Greta Gerwig's adaptation of Louisa May Alcott's famous novel.
Gallery
Little Women
Browse through images from Little Women.