Check out which shows are heading your way this September on M-Net channel 101 and M-Net City channel 115.

Season 1 starts Thursday 3 September at 19:00
Six previously married women enter an expert-led journey of transformation that will lead them closer to love.
Please note: The show will move to 19:30 from 24 September. Starts Thursday 3 September at 20:15
The story of two women who’ve been best friends since high school, now at the centre of a group of female friends. They’re all in their mid-thirties, facing the first years of getting pregnant and child-rearing, while holding down demanding jobs. In the midst of this group is a lingering affair, a struggle with infertility, fierce competitiveness, even fiercer love, and something unthinkable. Season 4 starts Thursday 3 September at 21:15
Michael Weatherly returns as Dr. Jason Bull, for the fourth season. Fans of the legal drama will be happy to hear it’s been renewed for a fifth season. Season 4 starts Friday 4 September at 22:00
The Soul Squad returns for another forking fantastic season. Sadly, it is also the last.

Find out why we think star Kristen Bell is awesome here. Season 7 starts Saturday 5 September at 17:00
Go back to the ‘80s again with The Goldbergs. This season makes references to treasures from the pop culture trove of the era like National Lampoon’s Vacation, WrestleMania IV, and  Pee-wee's Big Adventure. Keep an ear out for music from The Police, The Cure, Mötley Crüe, Wham!, and Lionel Richie. Also look out for guest appearances from Hulk Hogan and ‘80s teen star Anthony Michael Hall. 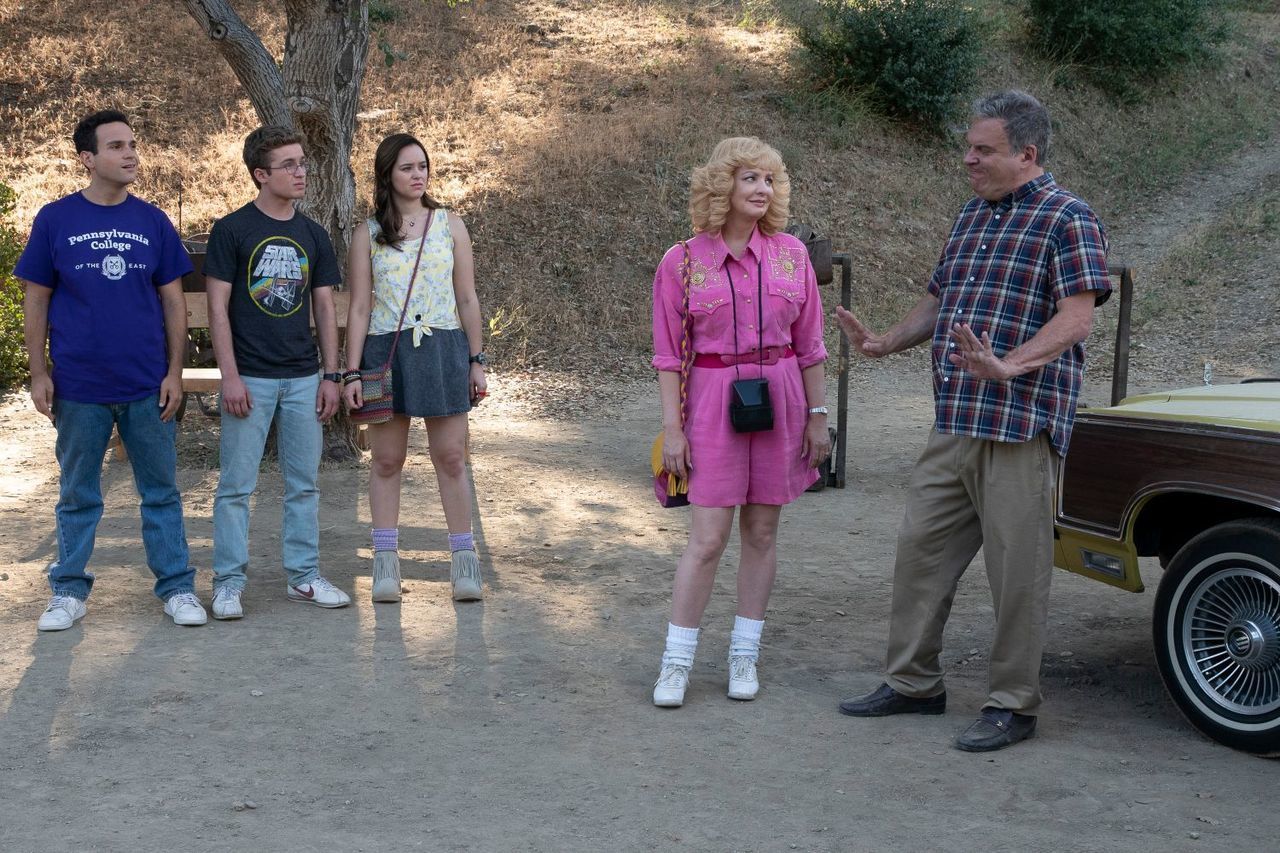 Season 8 starts Saturday 12 September at 17:30
The family fun continues with the Baxters in the eighth season of the Denver-set sitcom. The season was shortened from 22 to 21 episodes, as production was halted due to the pandemic. Don’t despair! It’s been renewed for a ninth season. 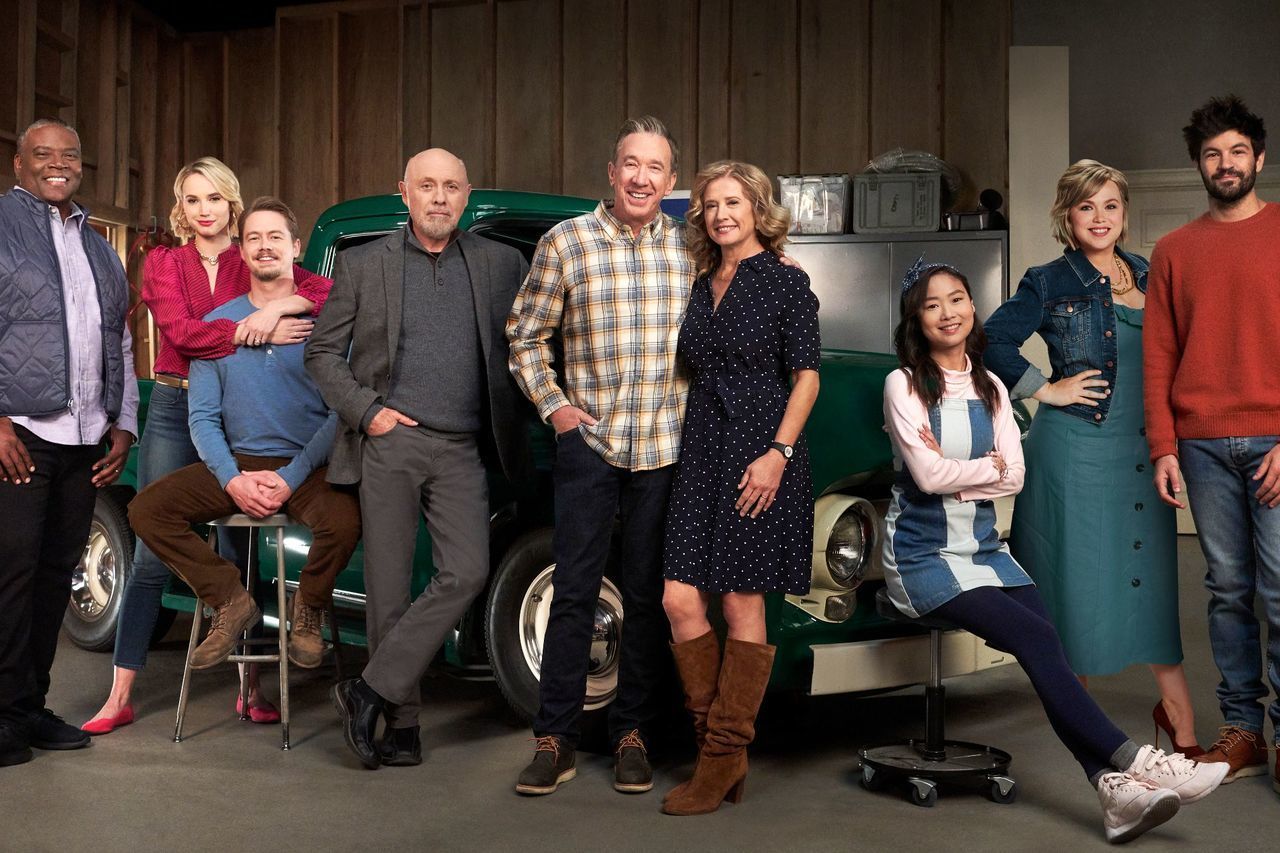 Season 1 starts Wednesday 16 September at 21:00
FBI’s second season currently airs Tuesdays at 21:00 on M-Net. From mid-September you can delve into this spin-off show, starring Julian McMahon of Charmed and Nip/Tuck fame. Look out for crossover appearances from FBI characters. 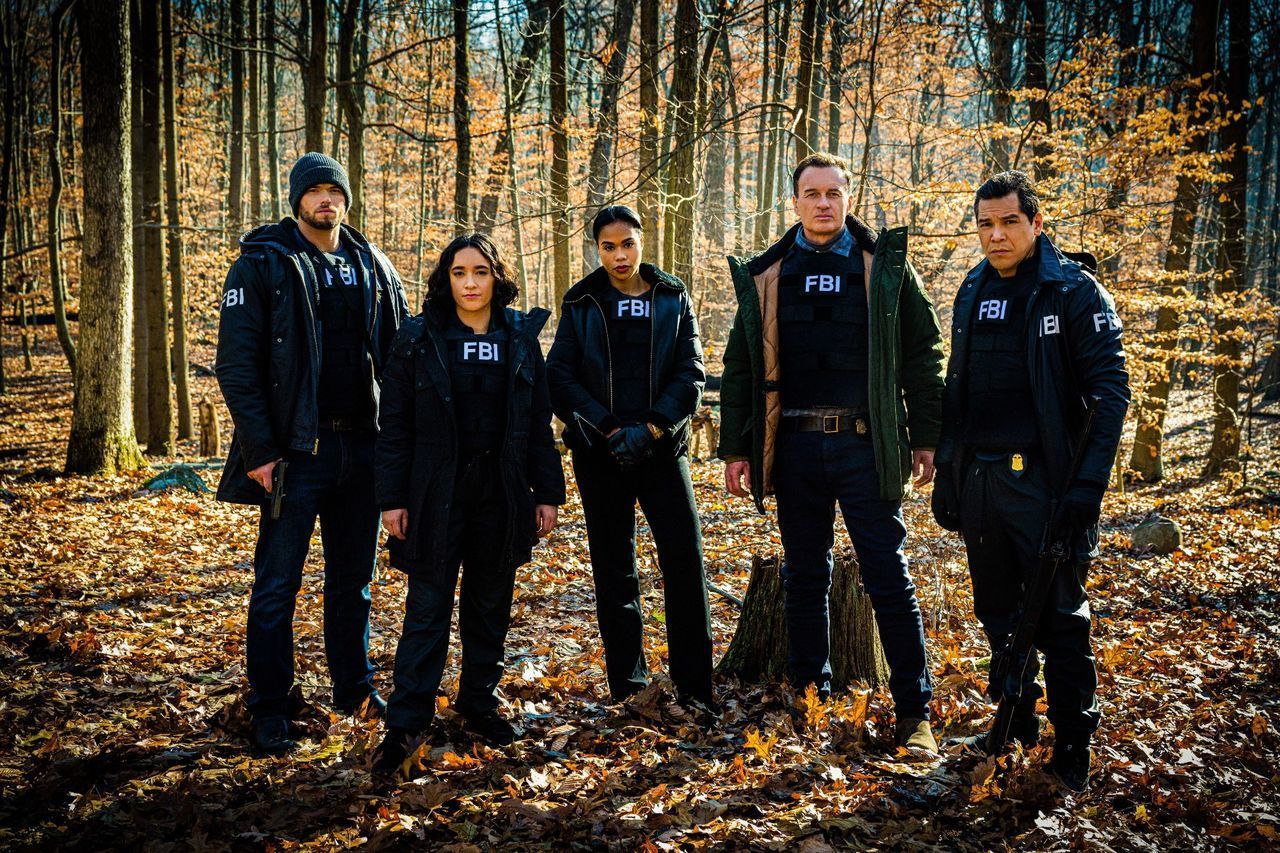 Season 5 starts Wednesday 16 September at 22:00
Another show coming to an end is The Affair. It includes new cast members Lyriq Bent, Mozhan Marnò, and Jennifer Jason Leigh, as well as Anna Paquin as the now-grown-up Joanie Lockhart. Season 3 starts Friday 18 September at 19:00
An incredible singing competition where celebrity performers wear costumes to conceal their identities. Each week, one singer is eliminated and unmasked.

Starts Monday 21 September at 19:00
This riveting local telenovela follows the super-wealthy Price household, a family at war with itself. With patriarch Sebastian Price about to retire, who will take over the reins? And, at what cost? 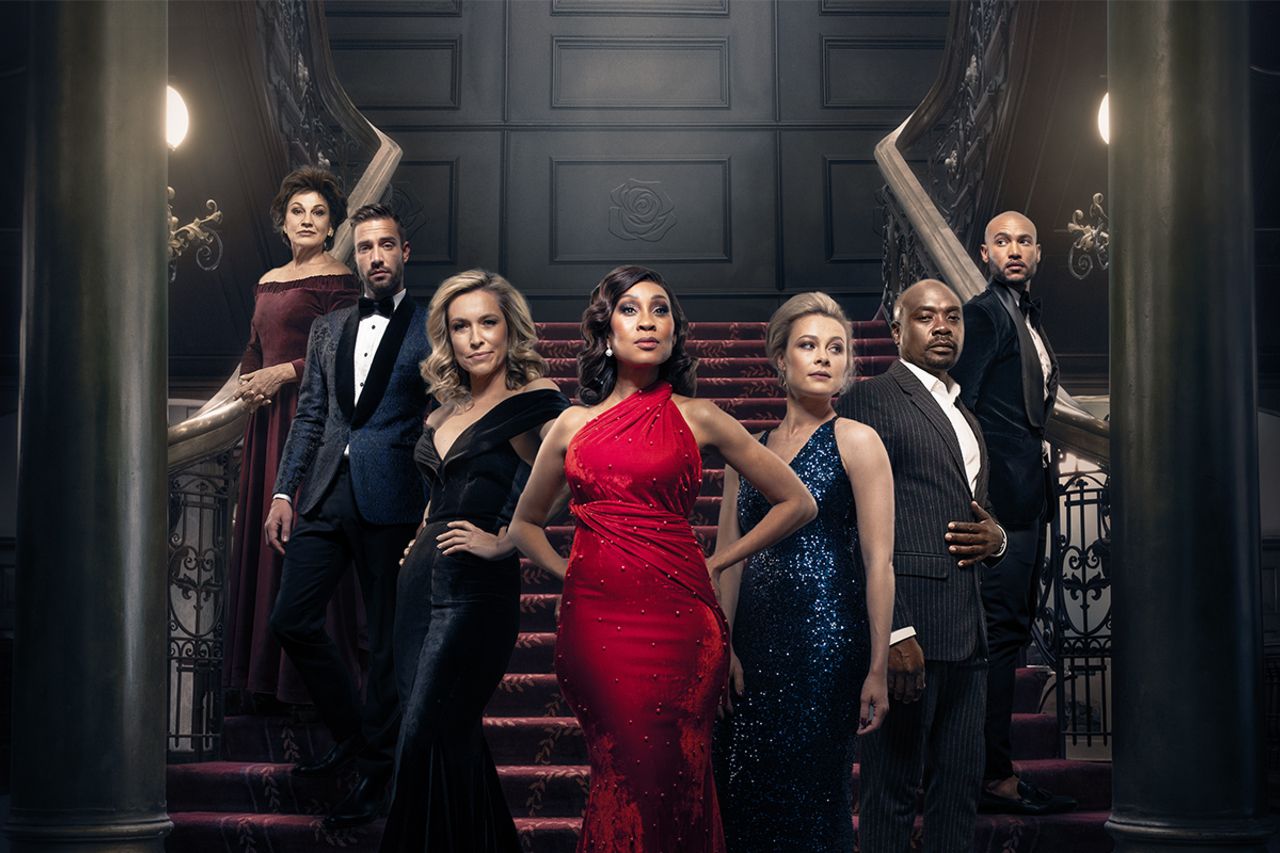 I Am the Night

Starts Tuesday 22 September at 22:30
Chris Pine and India Eisley star in this thrilling limited crime series inspired by Fauna Hodel’s memoir One Day She'll Darken: The Mysterious Beginnings of Fauna Hodel. Set in the 1960s, it follows a disgraced journalist and a teenager trying to uncover her past as they are drawn into L.A.'s most infamous cold case, the Black Dahlia murder. 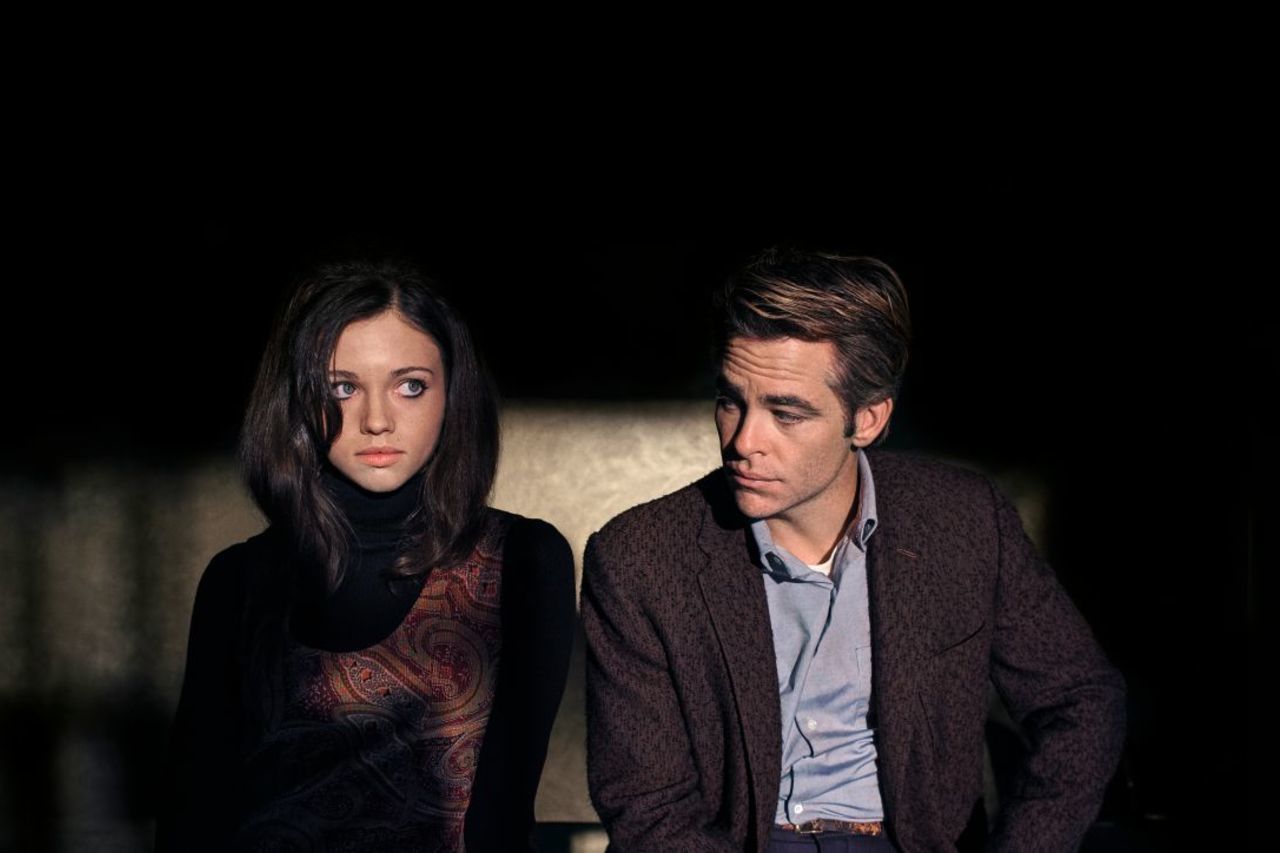 Season 1 starts Thursday 24 September at 22:30
A World War II drama in which young lovers Harry and Lois protest a Blackshirts rally in Manchester. Check out images of the actors in the show and their real-life counterparts here. 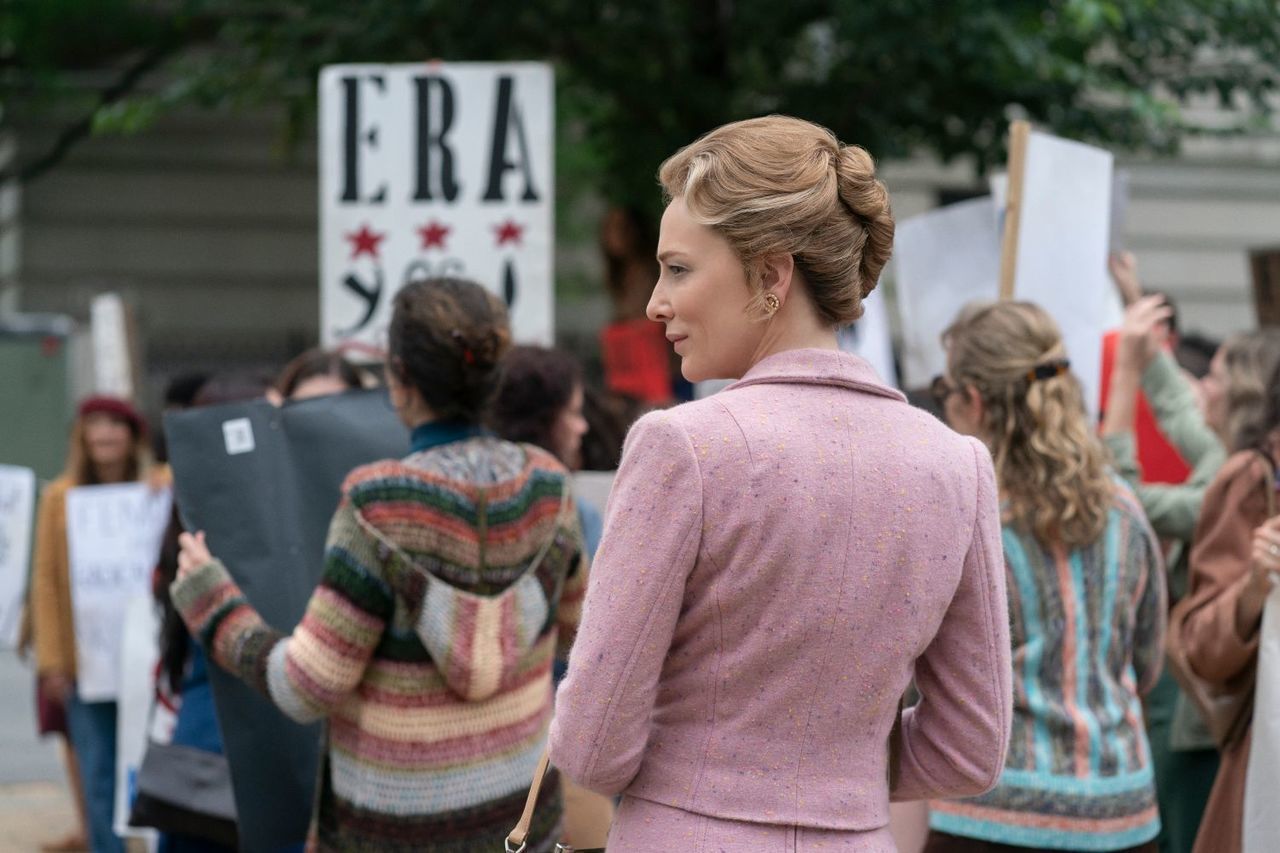 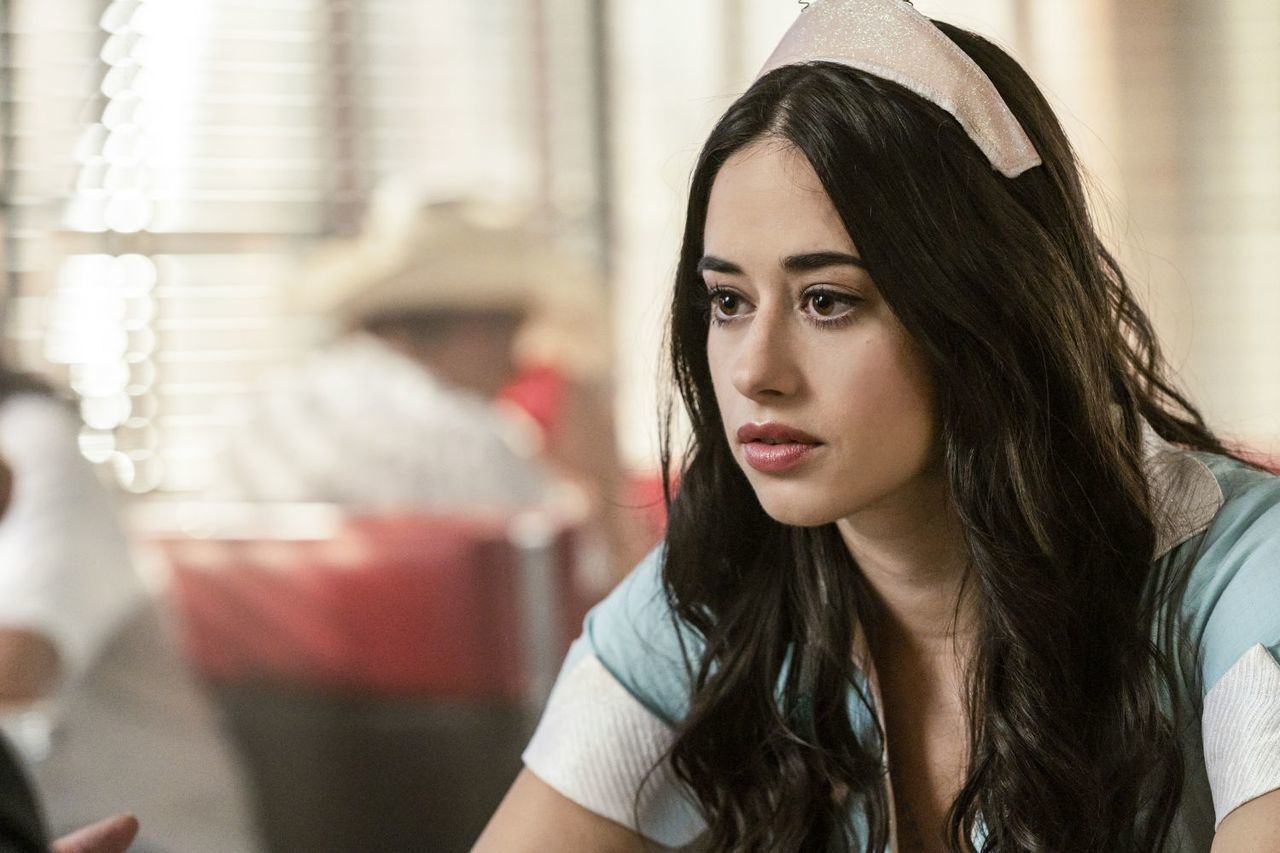 Season 1 starts Thursday 10 September at 20:50
Nancy Drew gets a contemporary update in this new show based on the long-running series of books about the intrepid teenage sleuth.

Keep an eye out for these Easter eggs. 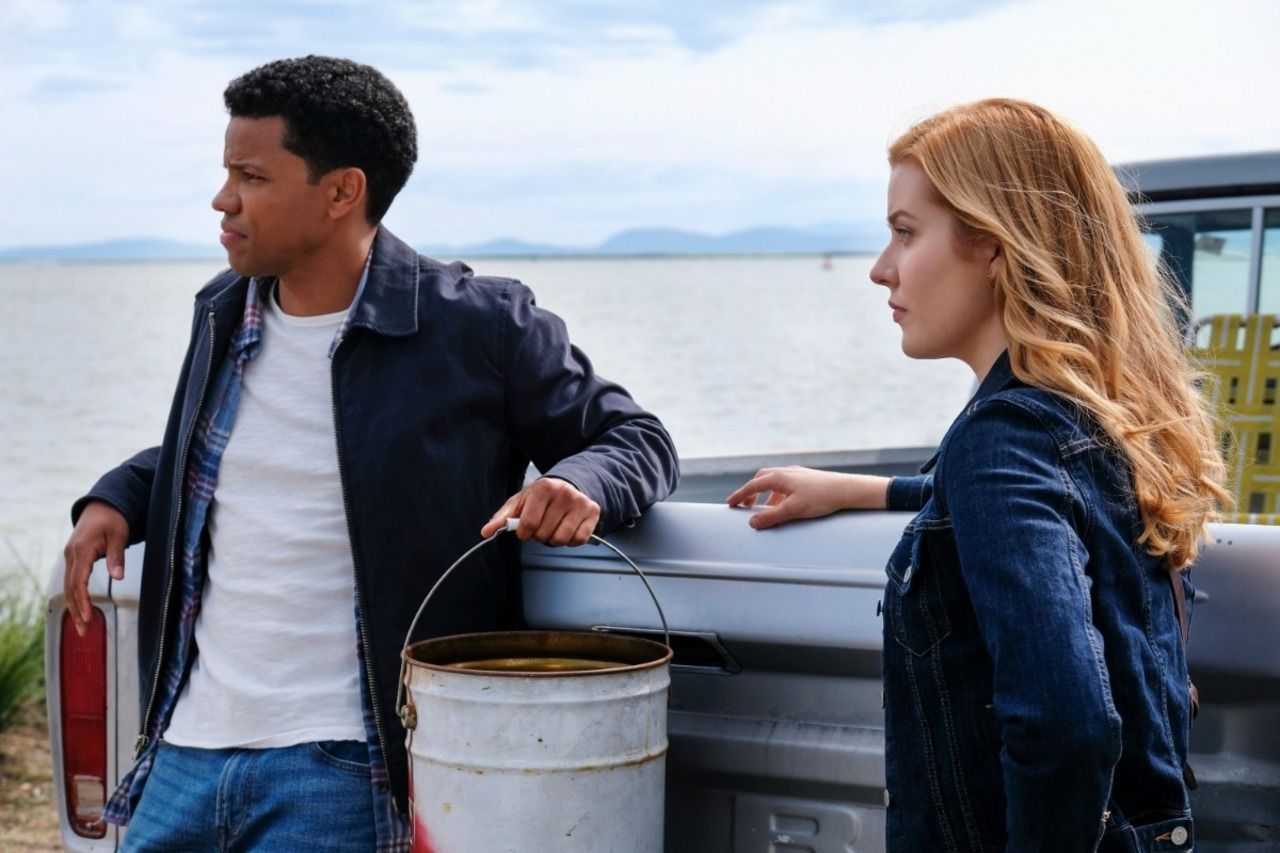 Tell Me A Story

Season 2 starts Thursday 10 September at 21:40
The second season of this gripping anthology series takes its inspiration from Beauty and the Beast, Sleeping Beauty, and Cinderella, giving us dark and modern updates on classic fairy tales. Season 1 starts Saturday 12 September at 19:10
Arrowverse fans will already have met a few of the characters of this new show (including its title character), in the crossover episode Crisis on Infinite Earths.

Get to know Stargirl here. 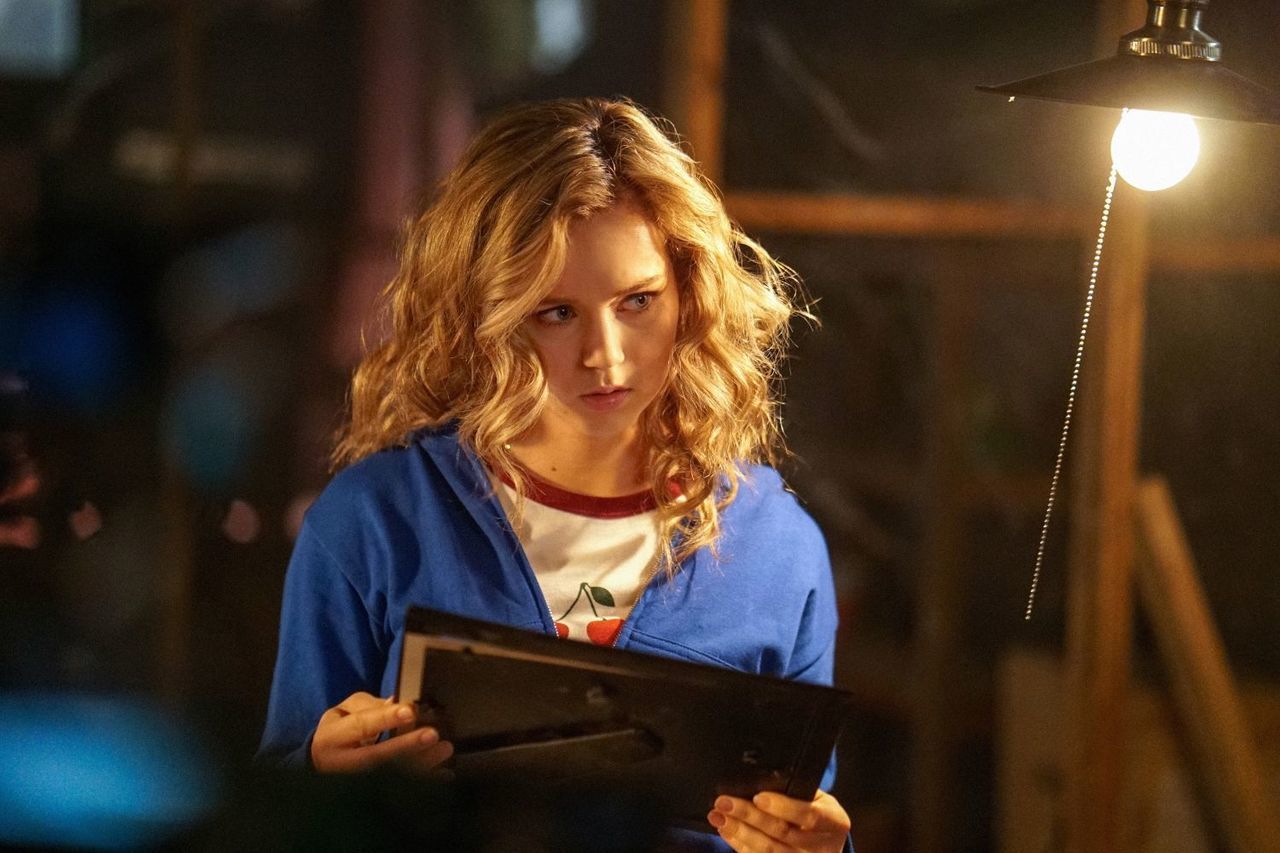 Season 8 starts Tuesday 15 September at 19:10
Chicago Fire is here to stay for a good long while still. It’s been renewed for a ninth, tenth, and eleventh season! 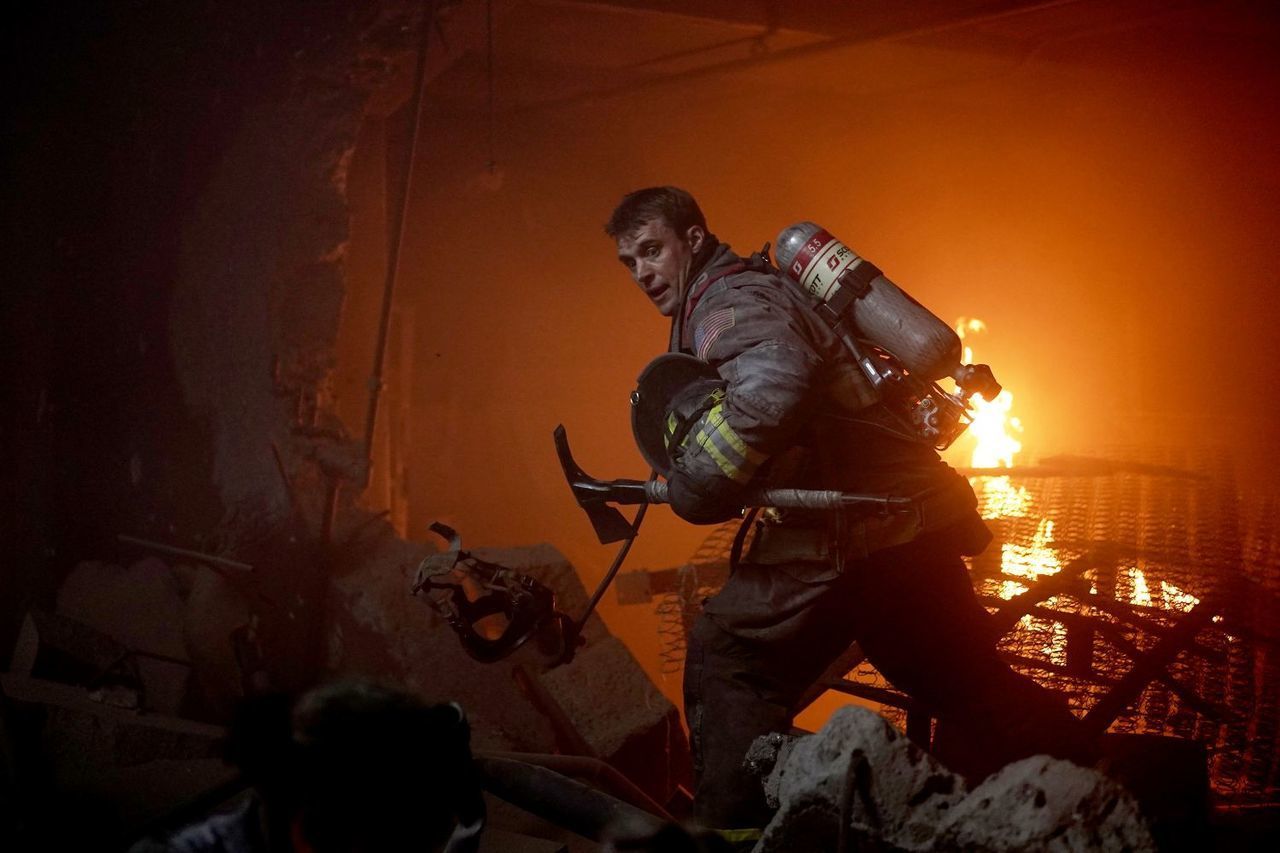 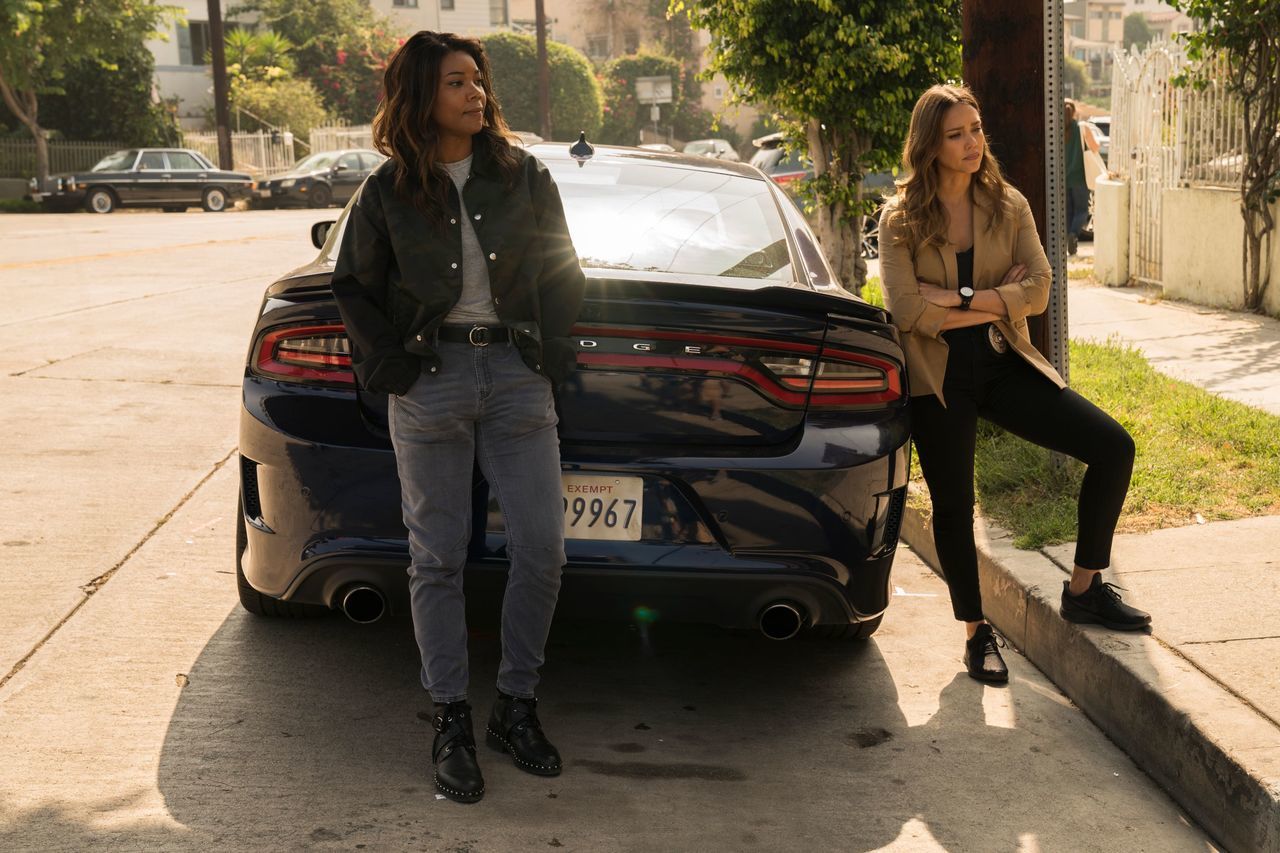 Season 5 starts Wednesday 16 September at 19:10
The good news continues for the Chicago franchise with the medical spin-off renewed for three more seasons. Season 7 starts Thursday 17 September at 19:10
Let’s not forget the first Chicago spin-off which, like Fire and Med, has been renewed for three seasons. 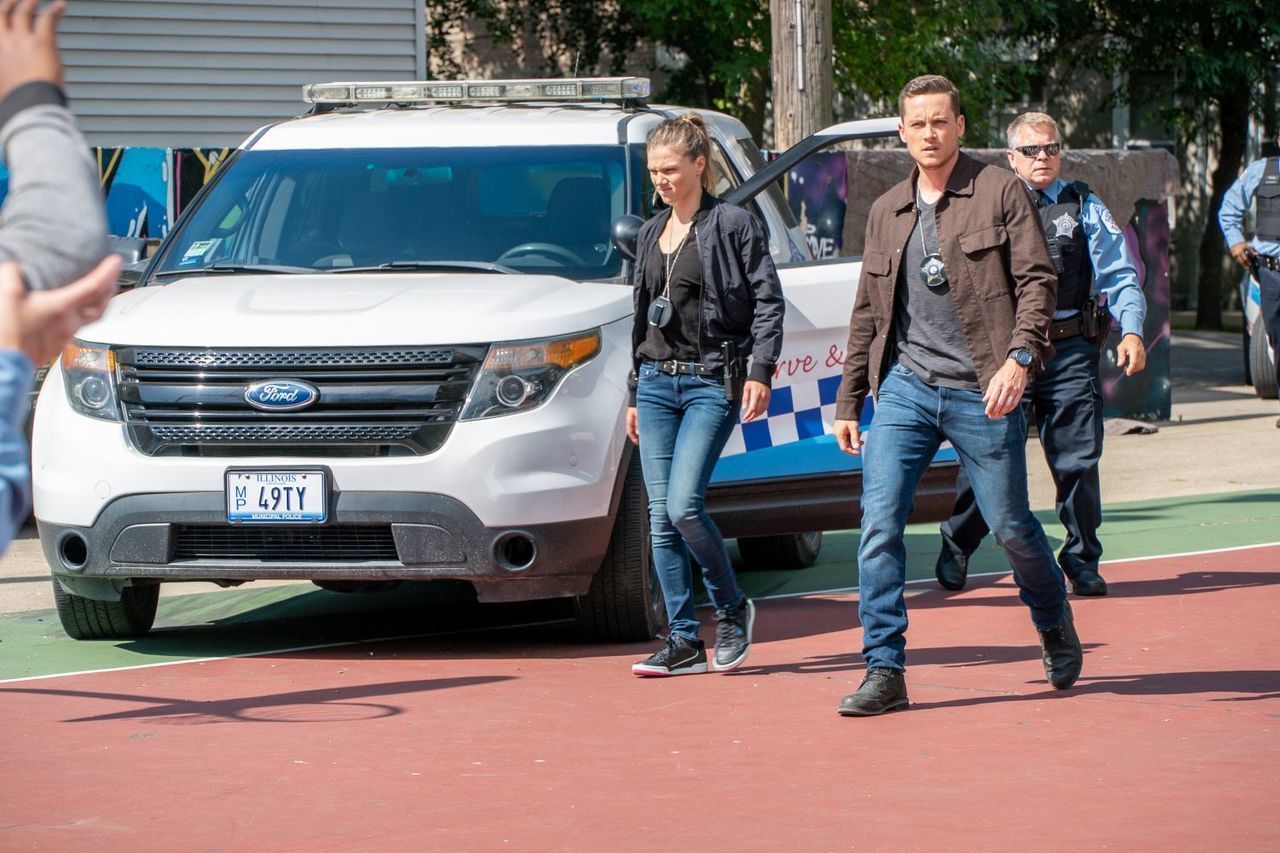 Video
Watch Harry: The Interview on M-Net
In his own words, UK's Prince Harry explains his tumultuous relationship with the institution. Watch it on 9 January at 19:00 on M-Net, DStv Channel 101. See on DStv Catch up thereafter.
Video
Watch the final season – The Good Fight
Diane Lockhart returns for one final season of this successful spin-off show. Watch The Good Fight season 6 on M-Net channel 101, starting this December.
News
What to Watch this October on M-Net and M-Net City
Cops, docs, CSIs, and superheroes!
News
What to Watch this January on M-Net and M-Net City
Sci-fi, horror, comedy, and local drama!