What to Watch this April – M-Net Movies

News
01 April 2020
Our movie musts this April.
Subscribe To Watch

The national lockdown is in full swing, which means date night, BFF weekends, and kids’ activities all have to be done at home or online. It also means we’re all going to be watching a lot more movies – and M-Net Movies has you sorted with a variety of choices.

Sunday Night Movies
In a time of unprecedented change, the familiar often provides comfort. M-Net channel 101 still has its Sunday night movies lined up every week at 20:05. Here’s what you can look forward to in April.

Venom, 5 April
As Tom Hardy fans and Spider-Man fans, we’re super excited about this one. It doesn’t form an overt connection to Spider-Man (unlike the comic books and Venom’s appearance in Spider-Man 3) and it doesn’t form part of the MCU. But it’s still an entertaining, action-packed anti-hero flick, driven by Hardy’s charm and a cheeky sense of humour. It also stars the magnificent Michelle Williams, as well as the talented Riz Ahmed. Side note: The latter stars in the must-watch The Night Of, which you can catch on M-Net Binge channel 114 or DStv Catch Up. 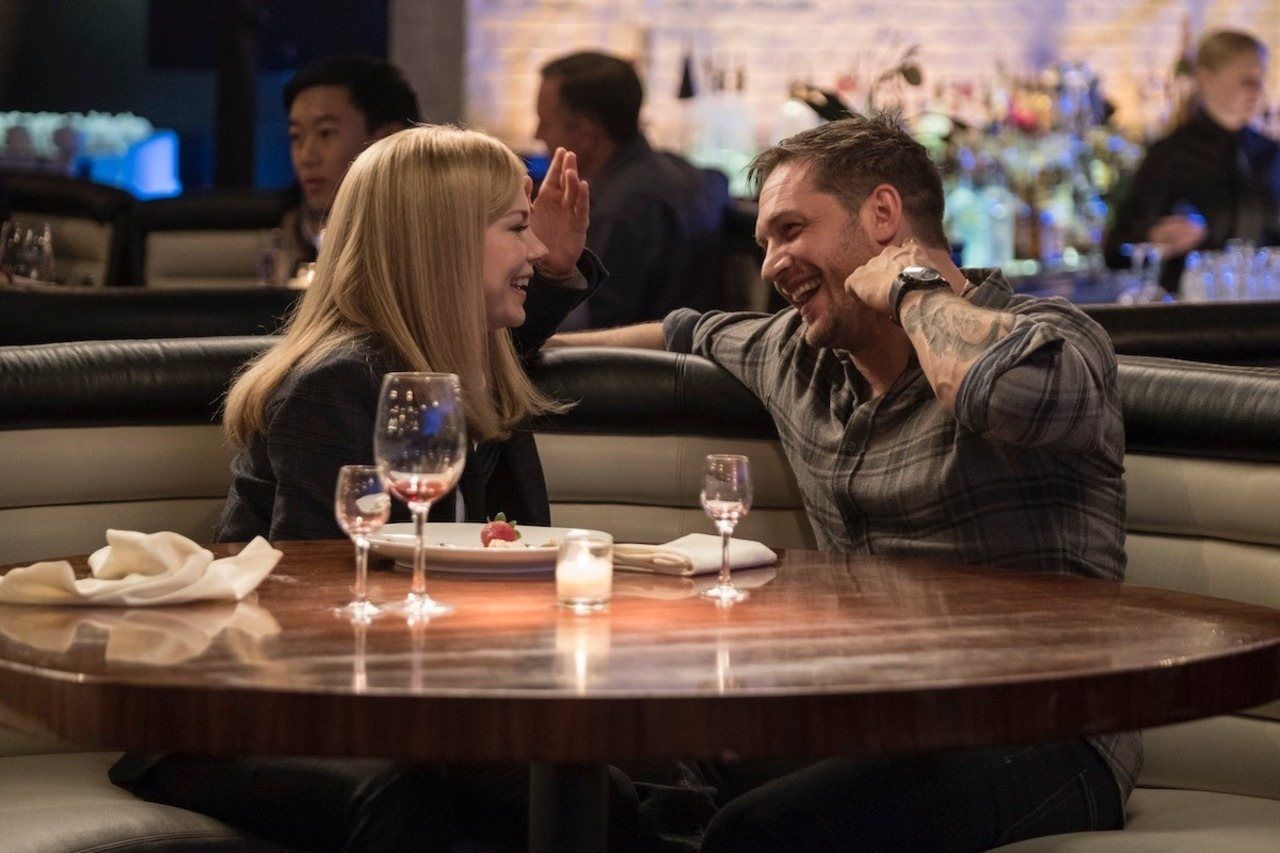 Fast and Furious Presents: Hobbs & Shaw, 12 April
The repartee between Dwayne Johnson and Jason Statham was so lit in the Fast & Furious franchise, they just had to get their very own spin-off. And here it is! It delivers the kind of action and comedy you’ve come to expect from Fast & Furious and also features the return of acting royalty, Helen Mirren, as Shaws’s mum. It’s also got the devilishly handsome and oh-so-talented Idris Elba and Vanessa Kirby, who mightily impressed us in Mission: Impossible – Fallout (check it out on the Tom Cruise pop-up channel and watch our interview with her here). 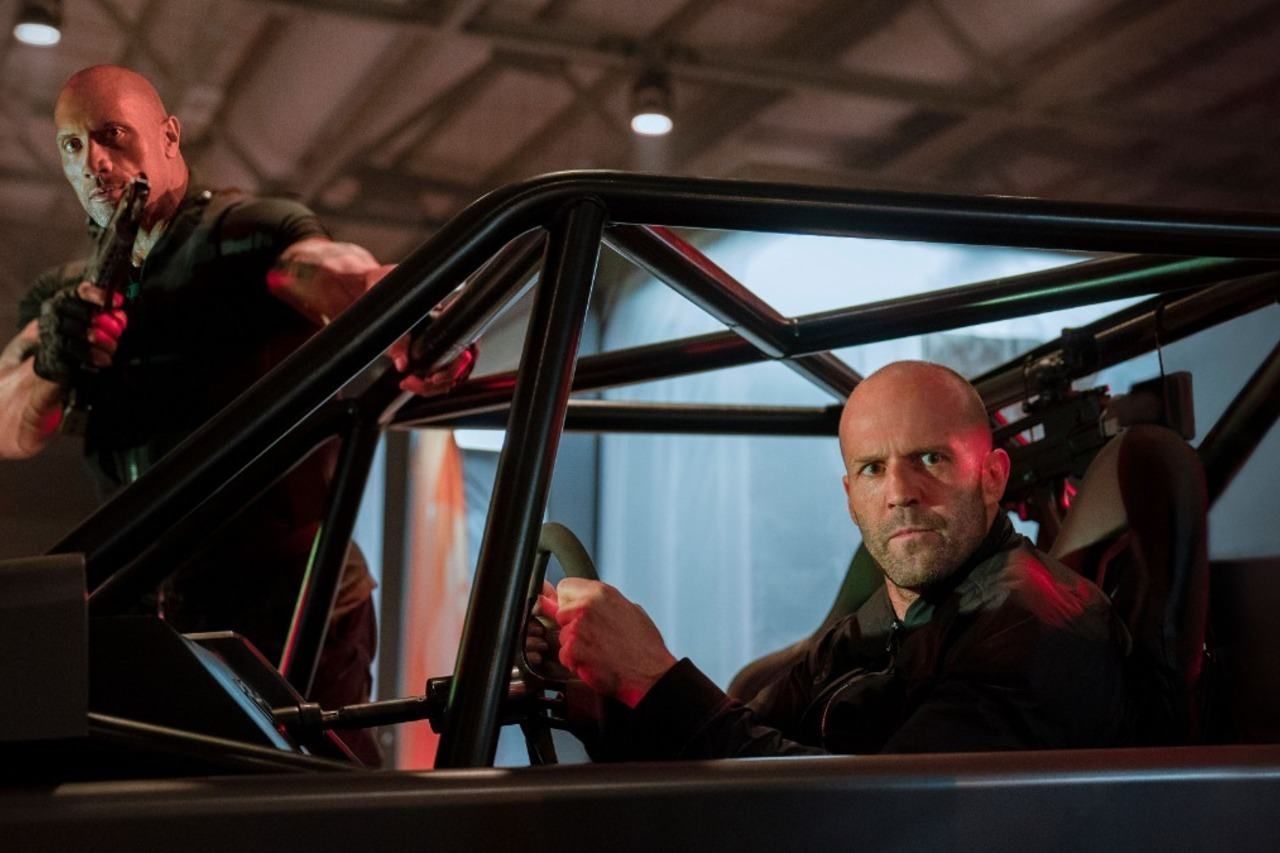 X-Men: Dark Phoenix, 19 April
If you’re still having Game of Thrones withdrawal symptoms, then check out GoT star Sophie Turner return to the role of Jean Grey in last year’s X-Men movie. If you still want to get your Thrones on, binge the show on M-Net Binge. Not a Throner? Delight in the return of James McAvoy, Michael Fassbender, Jennifer Lawrence, and Nicholas Hoult to the characters of Xavier, Magneto, Raven and Beast. (Side note: Love McAvoy? Watch more of him in His Dark Materials on M-Net Binge). 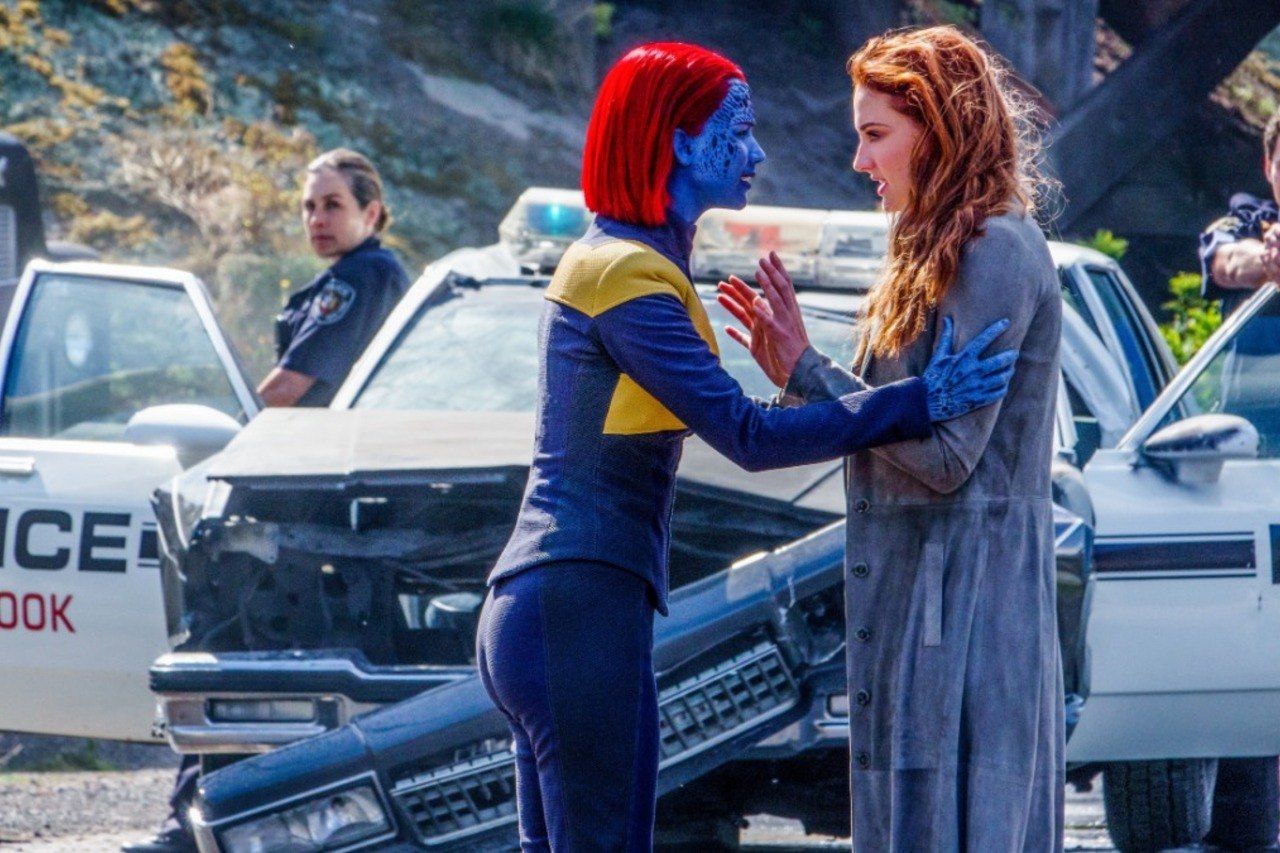 Men in Black: International, 26 April
Aliens attack in this return to the franchise starring Chris Hemsworth and Tessa Thompson. As Thor: Ragnarok proved, these two are great together, so make sure not to miss it. If you want more Thompson, watch her be badass in Westworld season 3. 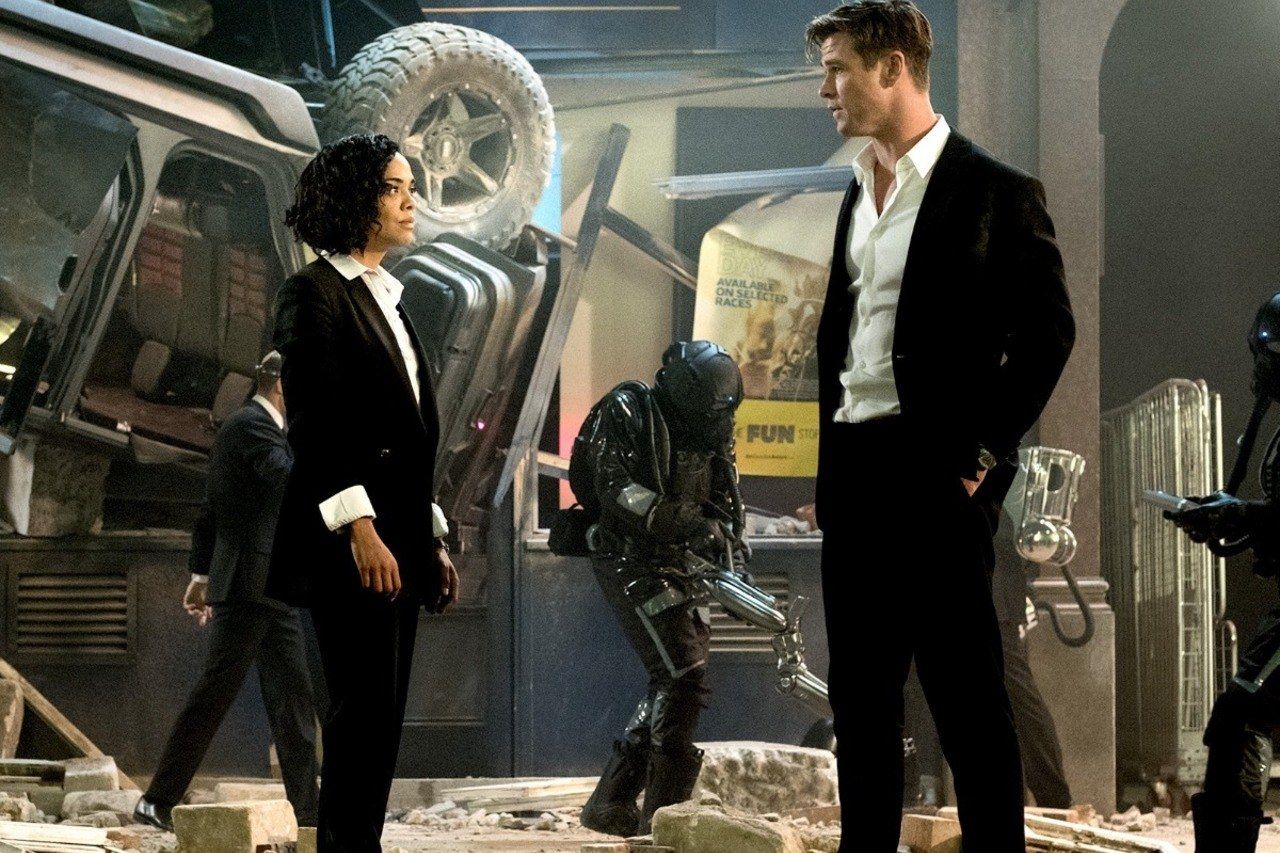 M-Net Movies Premiere
From royal drama to alternative history, channel 104 has several great titles lined up this April. Yesterday is a fun and funny look at what the world would be like without The Beatles. Directed by Danny Boyle and written by Richard Curtis, it might imagine a world without The Beatles, but it is very much a tribute to the band. It stars the irresistible Lily James alongside Himesh Patel in an impressive feature film debut. And bonus! There is a hilarious Ed Sheeran appearance as well. And Kate McKinnon is a ton of fun as a snotty music manager. 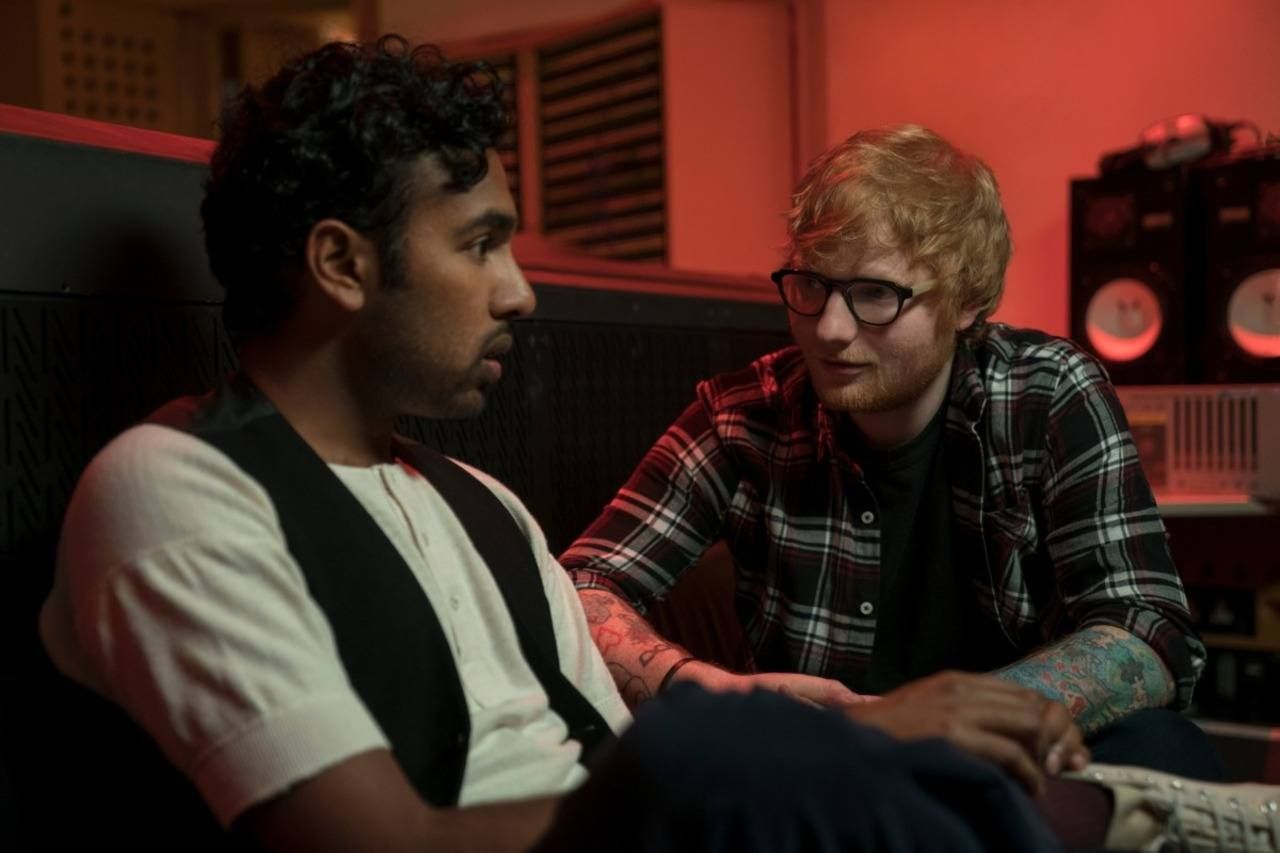 As big fans of Saoirse Ronan, we’re very excited to watch her in Mary Queen of Scots, alongside awesome Aussie Margot Robbie. It features a score by Max Richter who wrote the music for the first season of My Brilliant Friend, which aired on M-Net last year. On that note: season 2 is on its way to M-Net in May. Check out what else is coming up on M-Net Movies Premiere in April, below.

Animania
Being at home all the time with nowhere to send the kids will prove challenging. But don’t worry – we’ve got parental units sorted by bringing back Animania. It’s available on M-Net Movies Smile, All Stars, and Zone. With titles like The Grinch, Shrek, How to Train Your Dragon, and Hotel Transylvania kids can expect action, adventure, fantasy, colourful characters, lots of laughs, and tons of heart. We’ve also got a few other suggestions for keeping kids busy so that they don’t spend 24/7 in front of a screen. Check it out here. 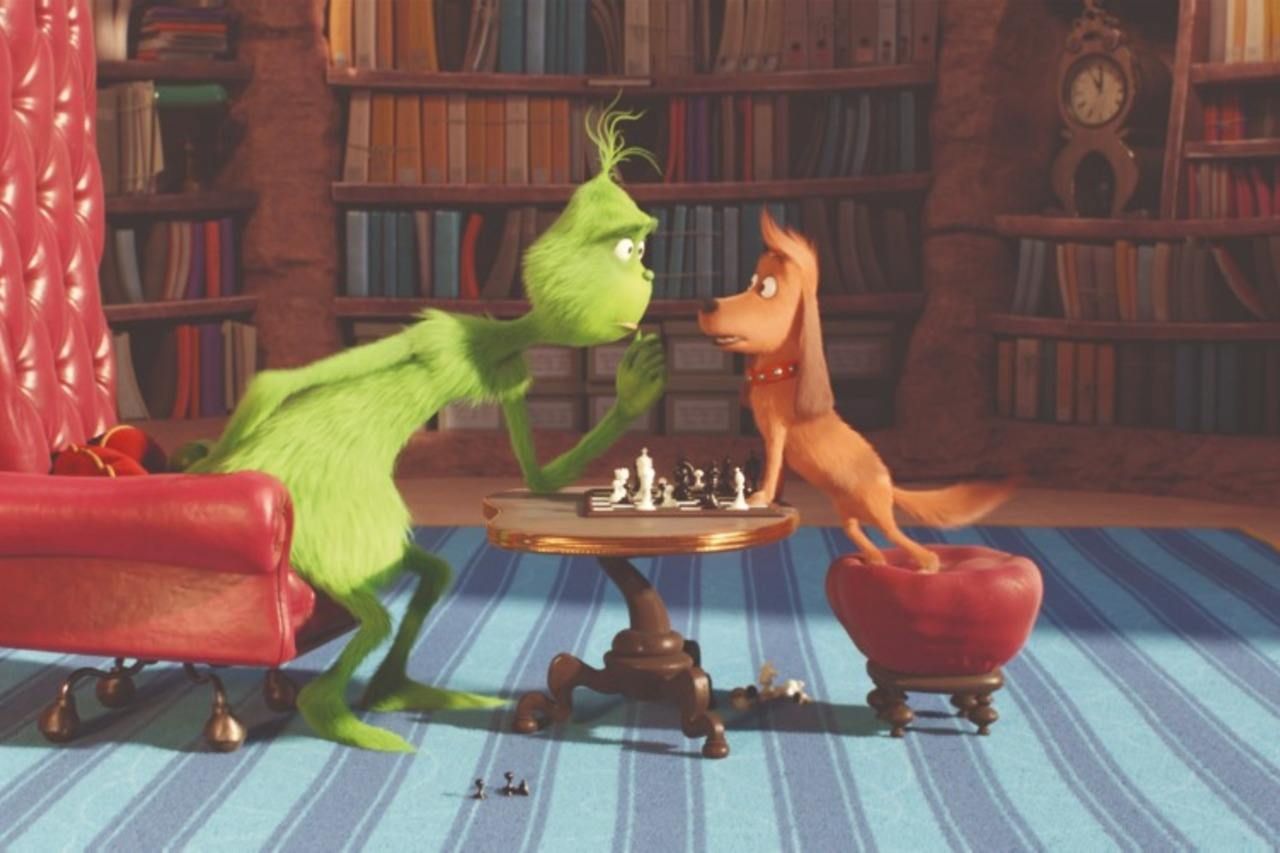 Tom Cruise Pop-Up Channel
If ever there was a time to work your way through an actor’s filmography, now would be it. With the Tom Cruise pop-up channel you can get through almost his entire resume of excellent films and amazing stunts. The channel is open until 5 April on channel 109, but titles will be available on DStv Catch Up until 5 May.

Contagion
The COVID-19 crisis has us alternately absorbing every piece of information we can and trying desperately to escape it. While there’s plenty of escapist fare available on M-Net Movies, if you want to tune into something that speaks to what the world is going through right now, then Contagion is the perfect movie. The eerie thing is, this movie was released nine years ago. Inspired by the SARS outbreak and the swine flu epidemic, the movie’s plot follows the outbreak of a novel virus that spreads rapidly across the world. Sound familiar?

Directed by Steven Soderbergh and starring Marion Cotillard, Matt Damon, Lawrence Fishburne, Jude Law, Gwyneth Paltrow, Kate Winslet, Bryan Cranston, and Jennifer Ehle, it’s a must-watch regardless of its current relevance. Of course, due to the coronavirus pandemic, the film has gained newfound popularity in 2020. This prompted the makers of the movie to collaborate with Columbia University Mailman School of Public Health to release videos, featuring the movie’s stars, sharing evidence-based information about COVID-19. Watch Laurence Fishburne's below. You can also watch the movie on M-Net Movies Action+ channel 106 on 2, 6, and 11 April. It’s also available on DStv Catch Up.

World Cinema on M-Net
With the only trips we’re taking being ones to the bathroom and numerous more to the kitchen, use these foreign-language films as an opportunity to armchair travel.

Mothers
Sunday 5 April, 23:25
A heartfelt South Korean drama. After the death of her husband, a woman moves in with his son from his previous marriage and tries to build a relationship with him.

Amundsen
Sunday 12 April, 23:45
A Norwegian biopic that follows the incredible life and challenges of Roald Amundsen, the first man to arrive at the South Pole.

Shoplifters
Sunday 19 April, 23:30
An emotionally-driven Japanese drama. A family of small-time crooks comes across a child in the cold and takes her in. But an incident reveals secrets that threaten their bond.

What will you be watching this April? Share with us on social media.

Please note: dates and times are subject to change.

Video
She loves you – Legacy
--- Visit M-Net's official site: http://m-net.dstv.com Watch more series and movies on Showmax, start your 14 day free trial here: http://bit.ly/showmax_mnet_youtube DStv - http://bit.ly/dstv_mnet_youtube Like M-Net on Facebook: https://www.facebook.com/MNet Follow M-Net on Twitter: https://twitter.com/mnet
Video
Watch The Offer on M-Net
It's often dubbed one of the greatest movies ever made but it was no mean feat getting it made. This new miniseries explores the tumultuous tale of getting The Godfather onto the screen.
News
Keep Kids Busy
Watch Animania, plus more fun ideas!
Video
Animania on M-Net Movies Zone
Shrek, Puss in Boots, Maya the Bee and many more are coming to play these holidays on M-Net Movies Zone channel 139.