Television goes for gold this September at the 71st Primetime Emmys Awards. Game of Thrones came out tops with 32 nominations, the most for any show in a single season. If you never got into the world of Westeros, don’t worry. It’s not the only contender. Did your favourite make the list – whether comedy, drama, or reality show? Take a look at some of the nominees from this year, and where you can watch them.

Better Call Saul
This spin-off show has been garnering almost as much acclaim as its predecessor, Breaking Bad. Focusing on Jimmy McGill’s rise to infamy, the prequel series has already received more than twenty Emmy nominations since it started in 2015. This year it’s been nominated nine times, including nods for Outstanding Drama, Lead Actor in a Drama, Guest Actor in a Drama, and two nods for Supporting Actor. 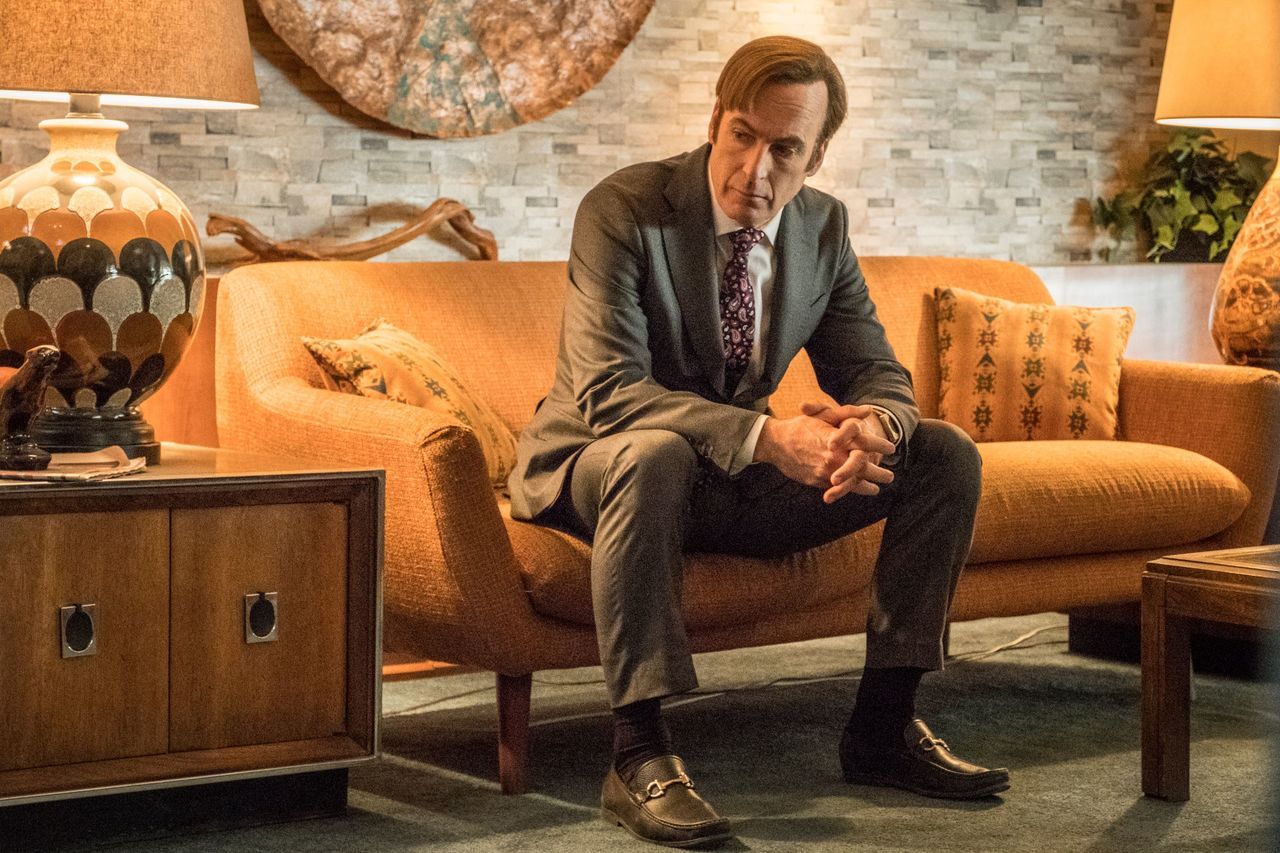 Game of Thrones
The wildly successful fantasy drama came to an end this year after eight seasons. But it’s not the last we’ve seen of the show, because it’s making sure it goes out with a bang, with 32 nominations under its belt for its final season. Since its start in 2011, the show has smashed Emmy records. Over the course of eight seasons it has garnered 161 nominations and become the most awarded drama series in Emmys' history.

Game of Thrones season 8 aired earlier this year on M-Net channel 101.
Seasons 1 – 8 are available on Showmax.
Go behind the scenes of the final season here. 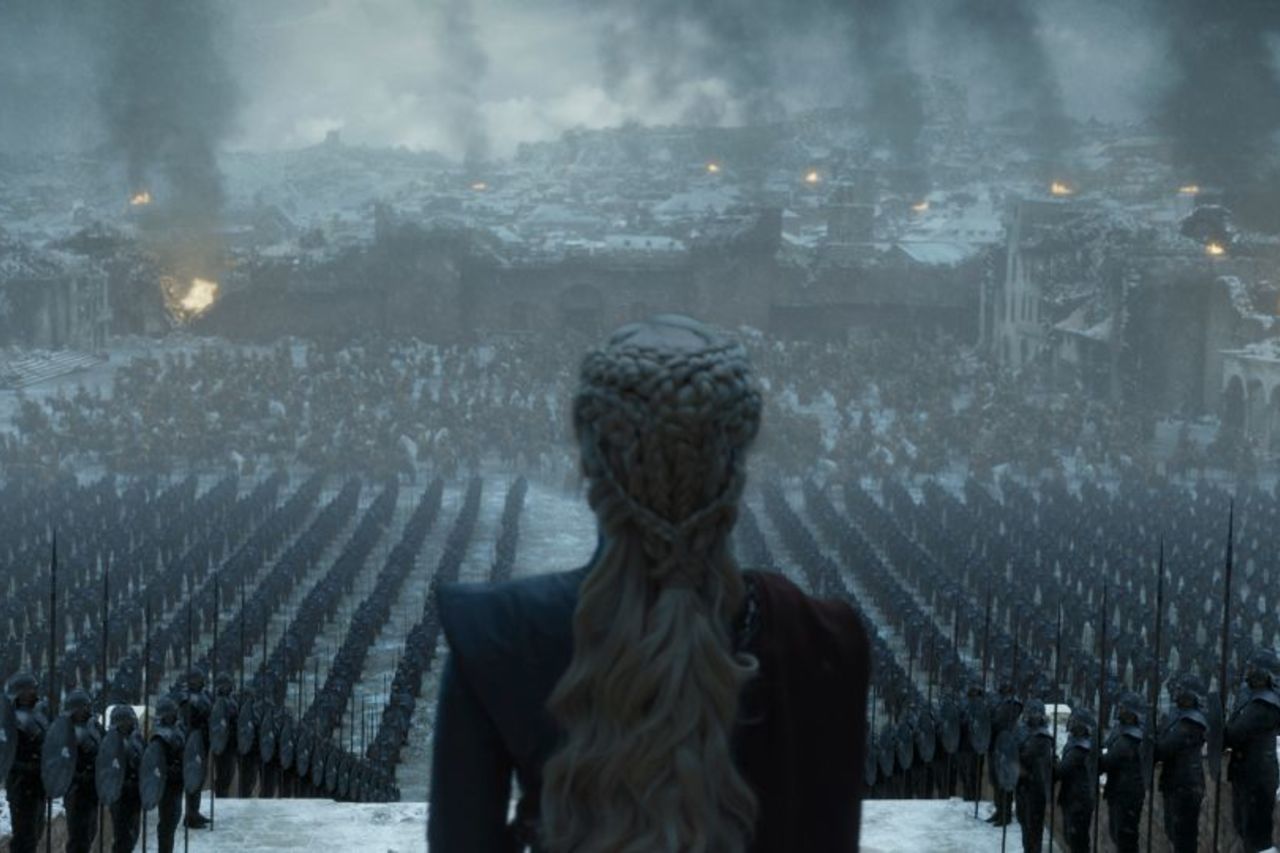 Succession
The dramedy about a dysfunctional family and their media empire its already into its second season and has been renewed for a third. It’s been nominated for five Emmys this year, including Outstanding Drama.

Succession season 1 is available on Showmax. 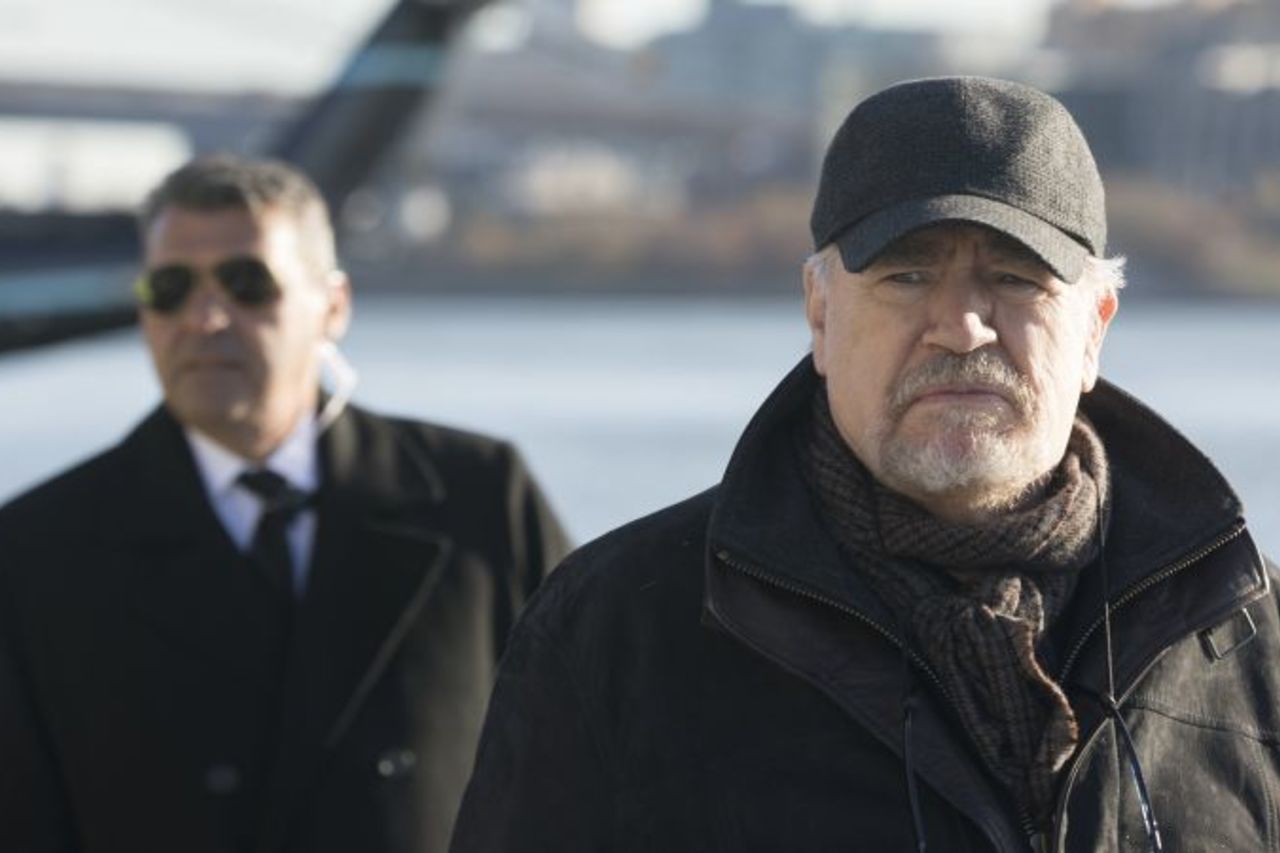 The Handmaid’s Tale
This September The Testaments, a sequel to Margaret Atwood’s 1985 novel The Handmaid’s Tale, will hit bookshelves. Meanwhile the show based on her work of speculative (yet eerily contemporary) fiction has been renewed for a fourth season. The show has received high praise, particularly for its incredible cast. This year it’s received eleven nominations at the Emmys, including Guest Actor nods for Bradley Whitford and Cherry Jones.

The Handmaid’s Tale season 3 is currently airing every Monday night on M-Net.
Check out the show page here. 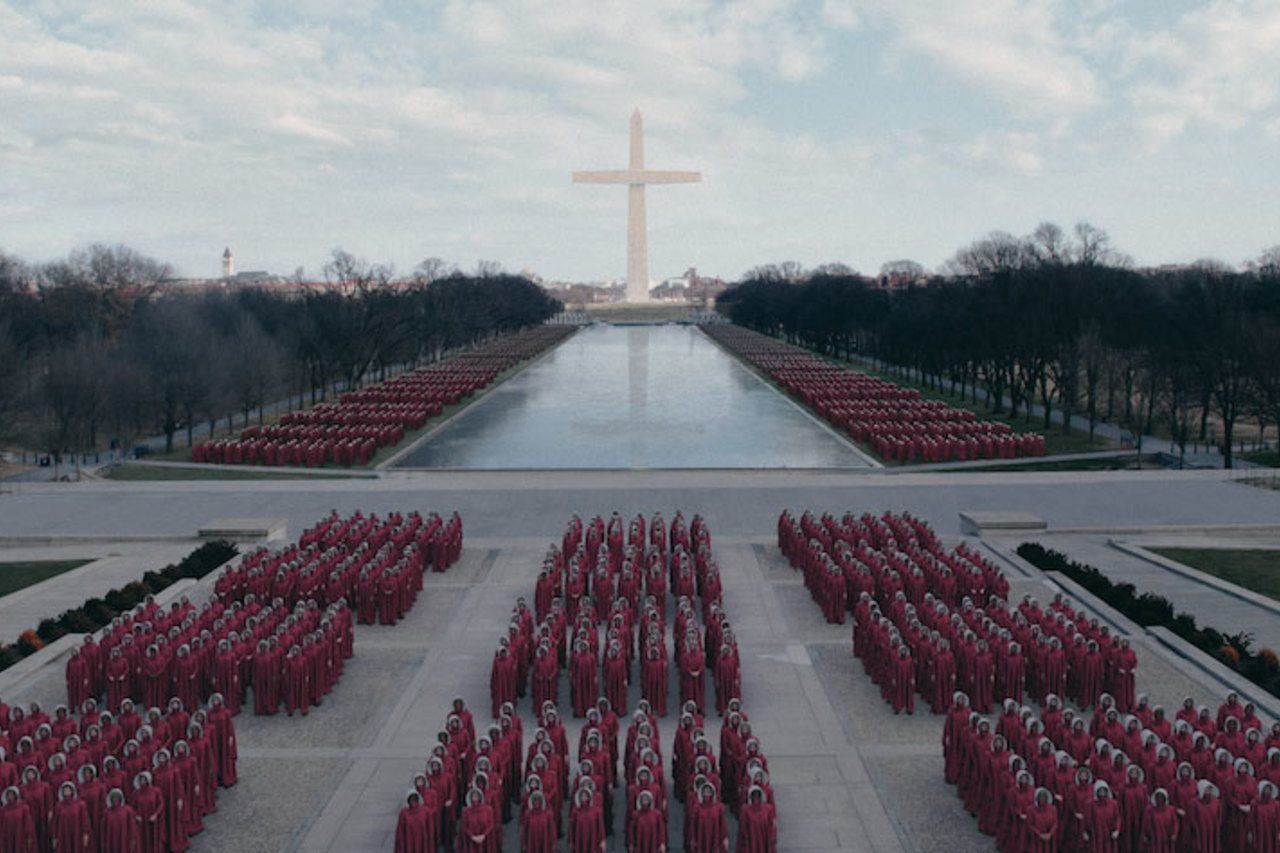 American Horror Story: Apocalypse
From a haunted house and an insane asylum to a witch coven and a creepy hotel, this is the show that keeps on giving. With new settings, decades, and characters every season, this show has a fresh surprise with every story. A core cast – regulars include Evan Peters, Sarah Paulson, Jessica Lange, Angela Basset, and Lily Rabe – comes back for more season after season, inhabiting new characters almost every time. The eighth season, subtitled Apocalypse, has been nominated for five Emmys this year, including a Guest Actress nod for Jessica Lange who reprises her character from season one. 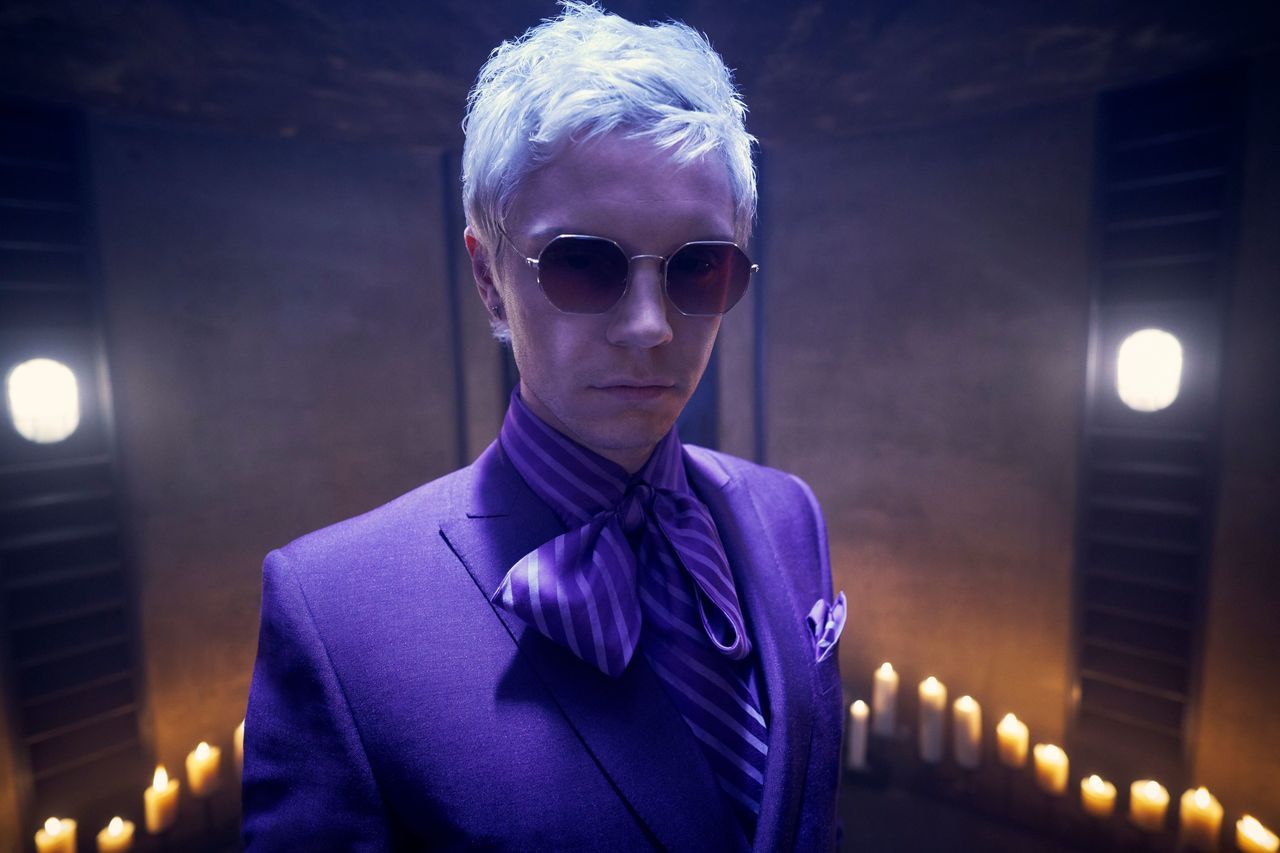 Barry
This darkly hysterical and heartbreakingly poignant story of a hitman turned actor finds its strength not only in its fresh, funny premise, but in an amazing cast. Last year Bill Hader and Henry Winkler walked away with acting Emmys, and they’ve both been nominated again this year, along with fellow cast members Sarah Goldberg, Stephen Root, and Anthony Carrigan. In addition to his acting nomination for playing the title character, Hader has received three other nominations this year: for writing (with his co-creator Alec Berg), directing, and Outstanding Comedy series, along with his fellow producers.

Barry seasons 1 and 2 are available on Showmax.
Visit the season 2 set here. 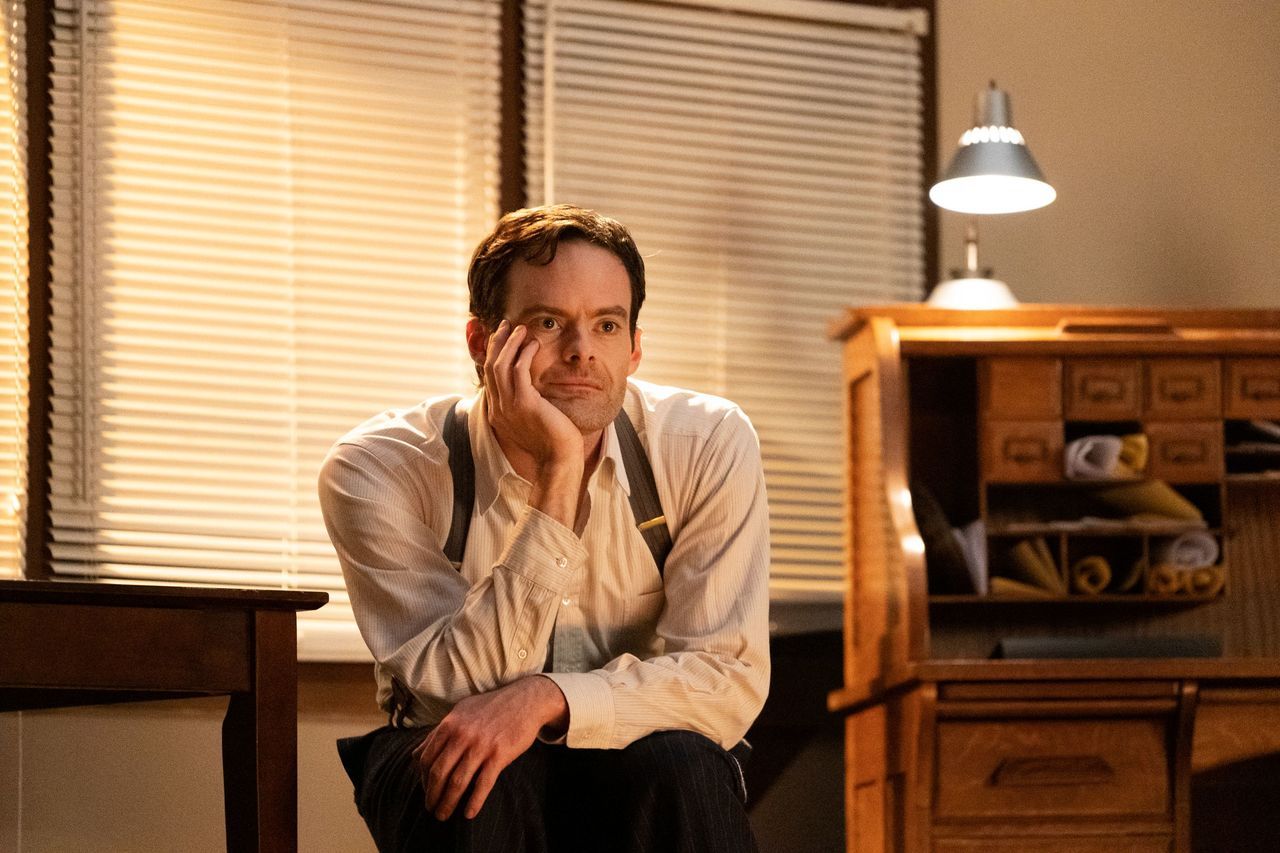 The Good Place
Bright, bonkers, brilliant and filled to the brim with shrimp! There’s so much to love about this colourful comedy about a sort-of-hell, a sort-of-heaven, and the points it takes to get there. Filled with sharp, witty dialogue delivered by a dynamic cast with excellent chemistry, the show has received four nominations at this year’s Emmys, including Outstanding Comedy Series.

The Good Place season 3 is currently airing every Friday night on M-Net channel 101.
Check out the show page here. 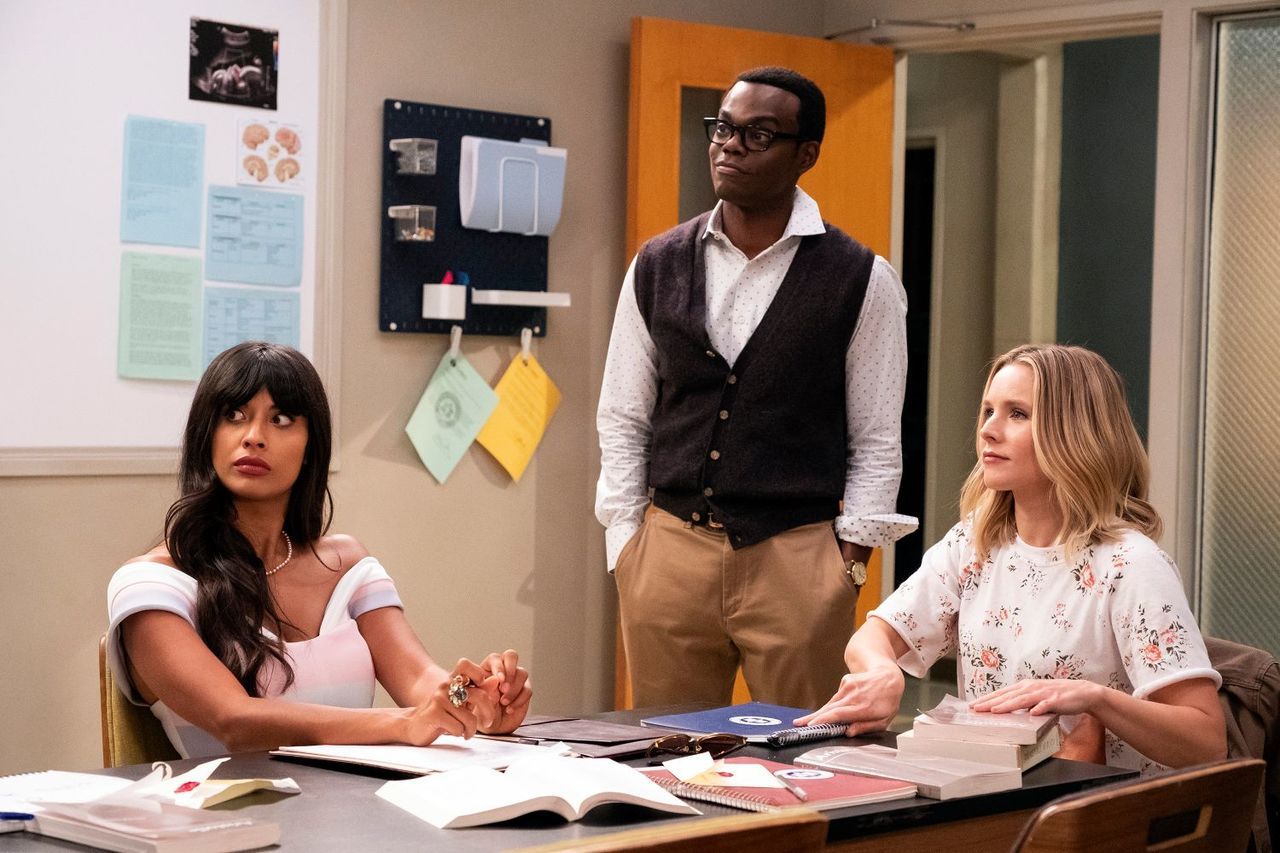 Veep
The biting, satirical comedy came to an end this year after seven seasons. Julia Louis-Dreyfus, who plays Vice President turned President turned usurped President Selina Meyer, has won an Emmy for Outstanding Lead Actress for a Comedy for every single season so far. She’s been nominated again this year but whether or not she wins, she will remain the performer with the most Emmys for the same role in the same series to date. Should she win, she will become the performer with the most acting wins in Emmy history, a record she currently holds with Cloris Leachman. 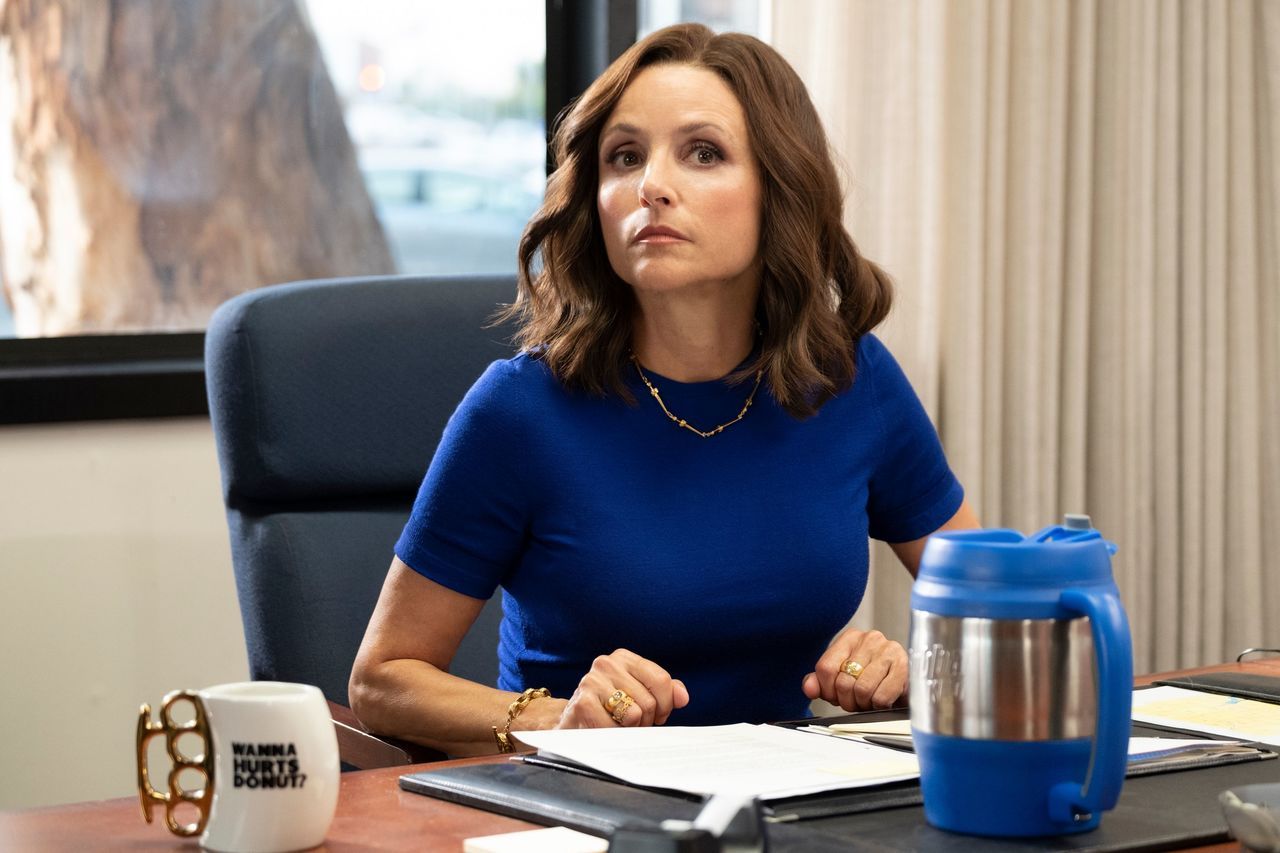 Black-ish
Anthony Anderson and Tracee Ellis Ross play the parental unit in this acclaimed family sitcom, with the legendary Laurence Fishburne popping in from time to time to play grandpa Pops. The show has been nominated for two Emmys this year, including a fifth acting nomination for Anderson.

Black-ish season 5 is currently airing every weekday at 18:00 on Vuzu channel 116. 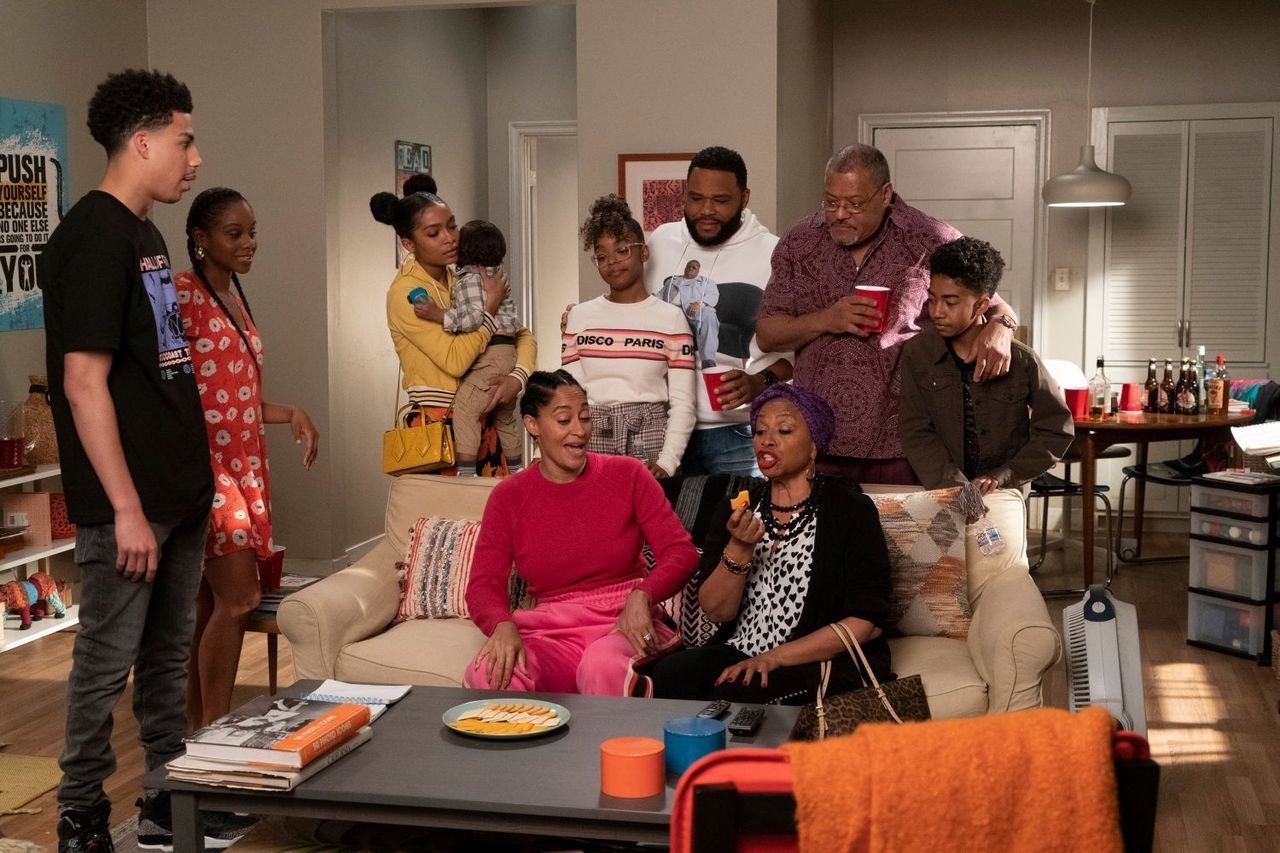 Black Monday
You’ve heard of Black Friday, but what about Black Monday? In case you haven’t, it refers to the international stock market crash of 1987, which propels the action for this new comedy. It stars the marvelous Don Cheadle, who has been nominated for his performance.

Black Monday season 1 will air on M-Net City.
Keep an eye on this page for more details. 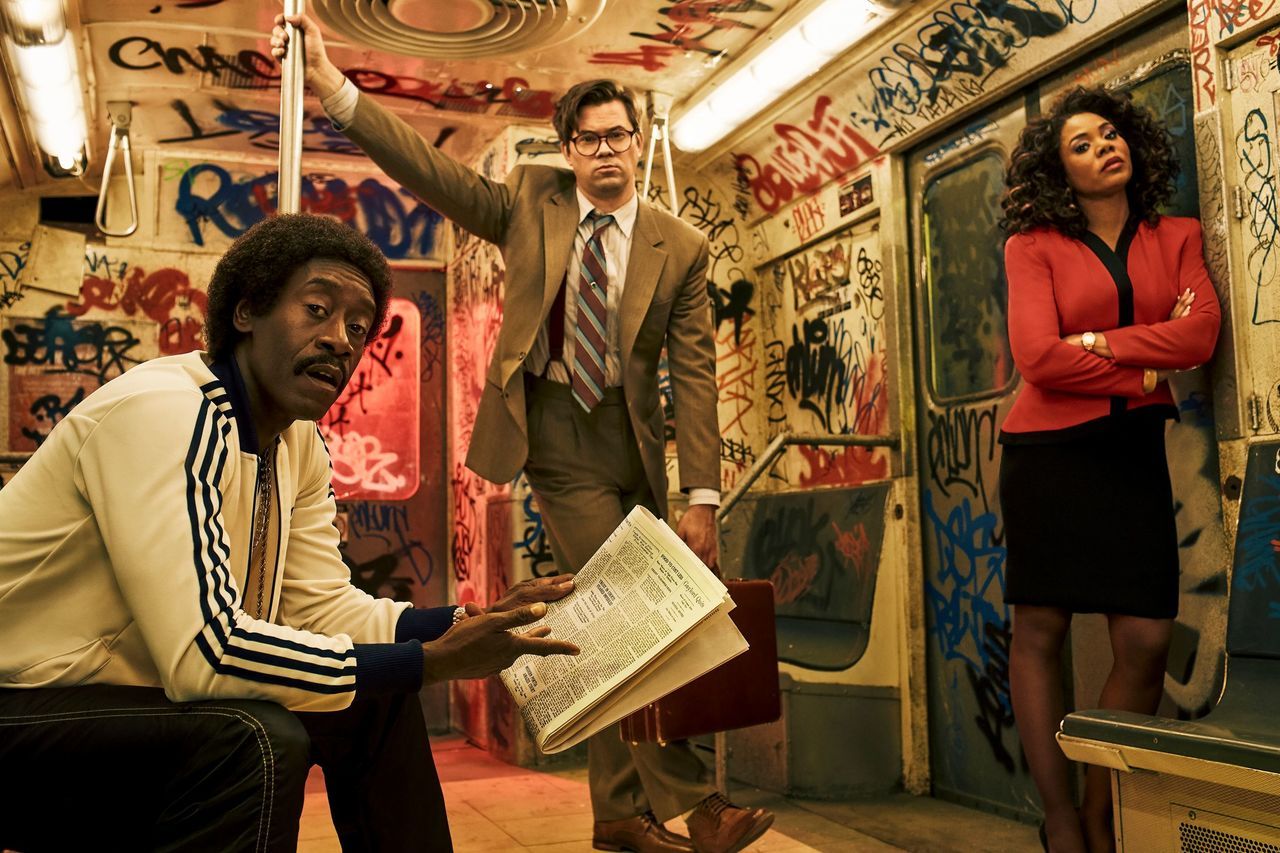 Chernobyl
The miniseries that got everyone talking, Chernobyl has been nominated for nineteen Emmys. It’s a harrowing look at a bleak event in history, given emotional grounding by an exceptional cast. Meticulously researched, poignantly told, and breathtakingly shot, its nominations cover the scope of its brilliant storytelling, from acting and directing to cinematography, music, and editing.

Chernobyl aired earlier this year on M-Net.
If you missed it, you can watch it on Showmax.
Step behind the curtain here. 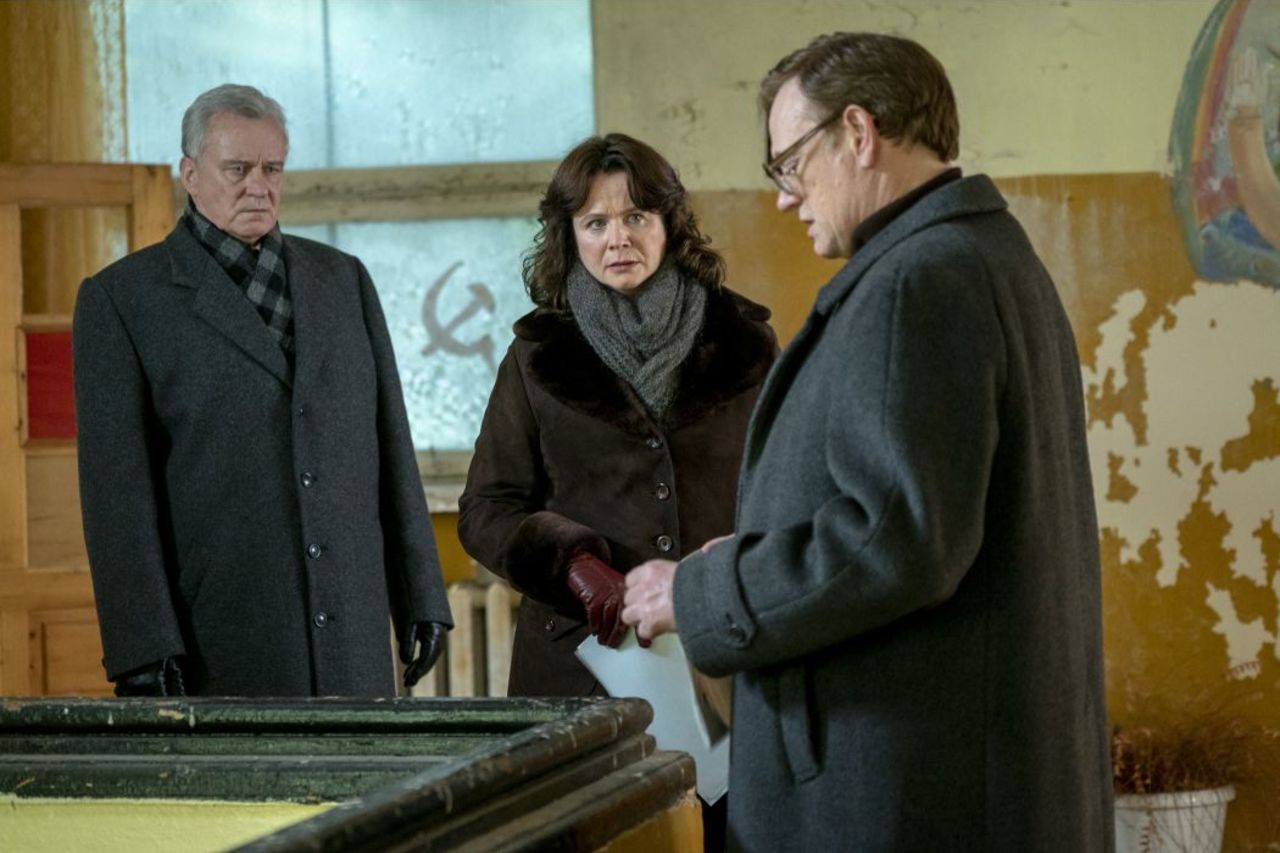 Escape at Dannemora
As moviegoers we’re so focused on Ben Stiller’s on-screen comedy antics, it’s easy to forget his equally long career behind the scenes, as a director. Last year he returned to television to direct all seven episodes of this intense prison drama powered by a great cast, leading to twelve nominations, including two for Stiller as well as acting nominations for Benicio del Toro, Patricia Arquette, and Paul Dano.

Escape at Dannemora is currently airing every Thursday night at 21:40 on M-Net City.
Check out the show page here. 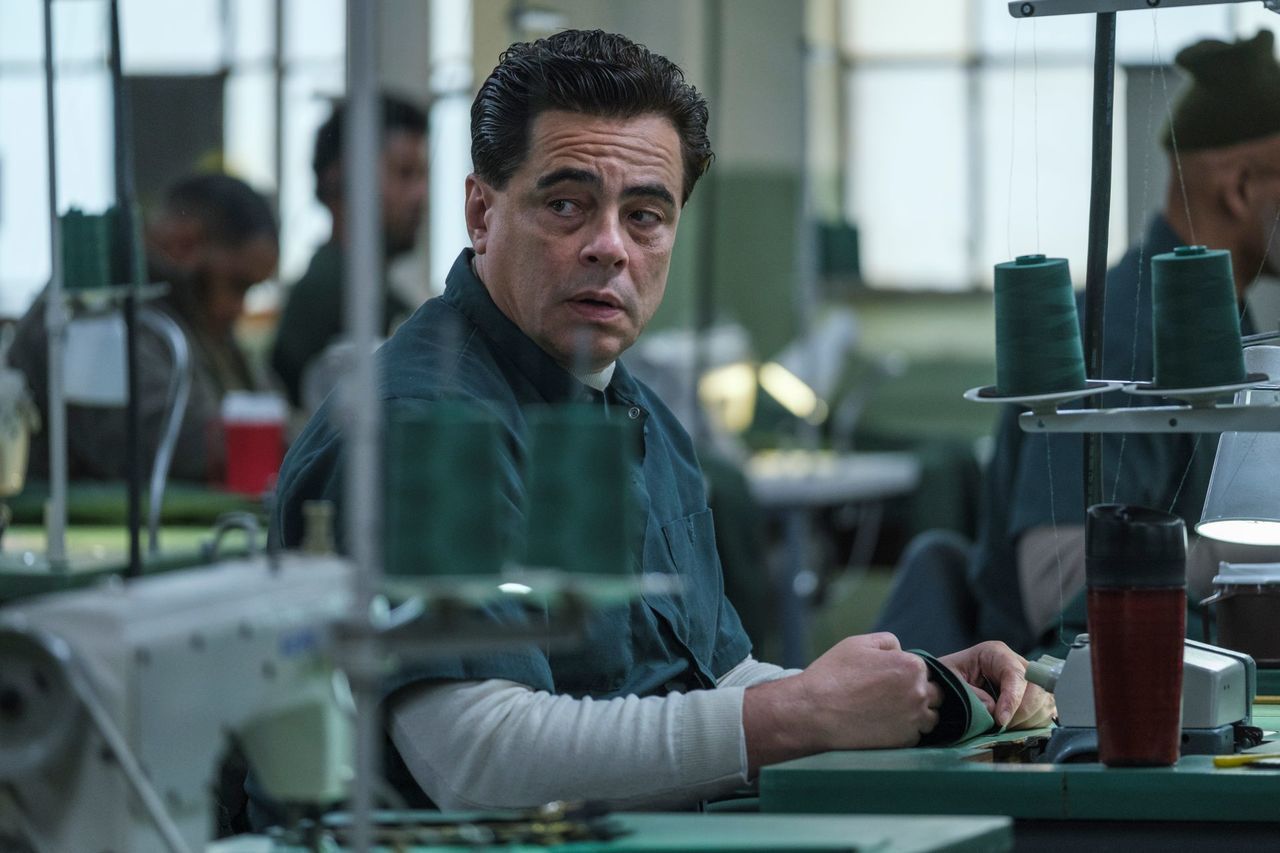 Sharp Objects
Jean-Marc Vallée followed his success directing the first season of Big Little Lies, directing this miniseries based on the book by Gillian Flynn. With phenomenal performances by Amy Adams and Patricia Clarkson, it’s hardly suspiring to find them acknowledged amongst the show’s eight nominations.

Sharp Objects aired earlier this year on M-Net.
If you missed it, you can watch it on Showmax.
Go behind the scenes with Amy Adams, Gillian Flynn, and Jean-Marc Vallée here. 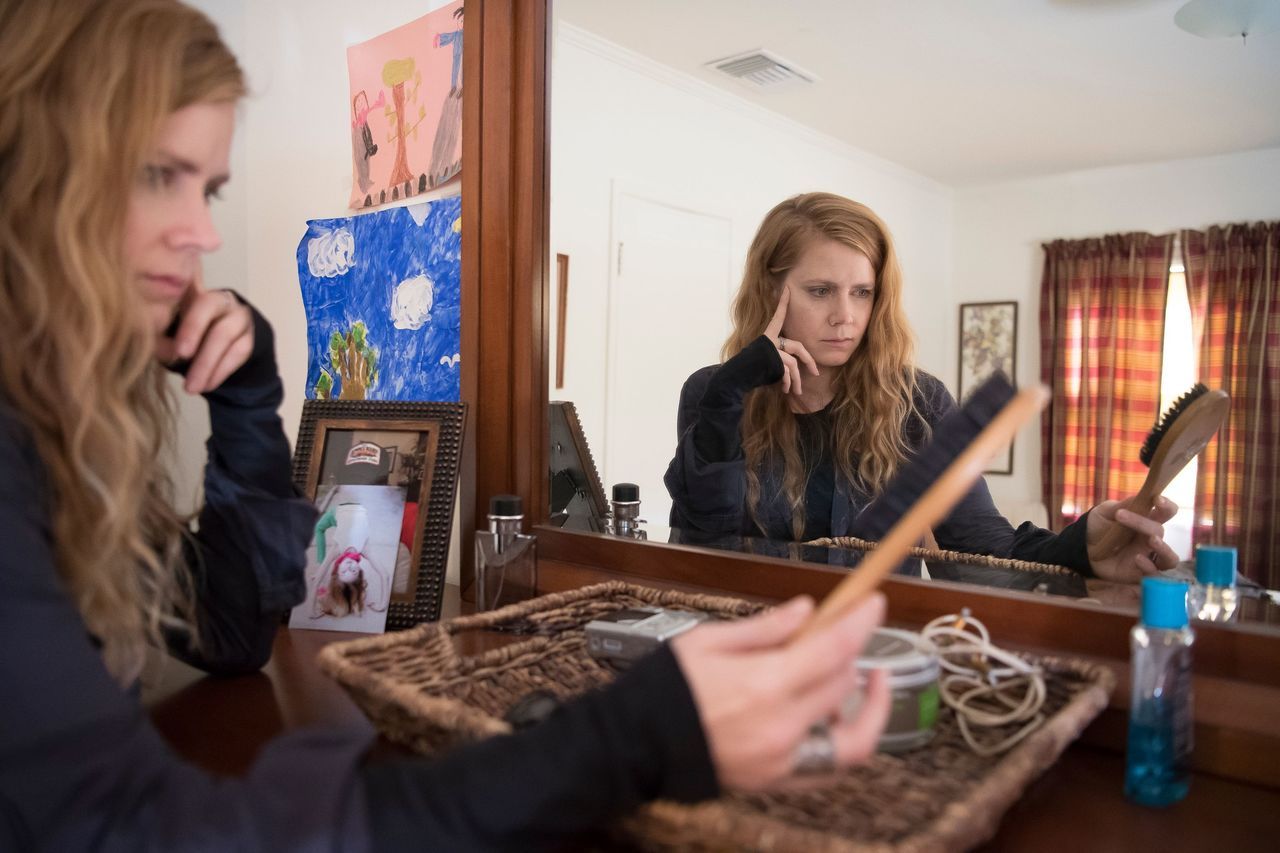 The Act
Patricia Arquette has been nominated twice at this year’s Emmys. In addition to her nomination for Escape at Dannemora, she’s been nominated for her role in this true crime drama about the murder of Dee Dee Blanchard at the hands of her daughter, Gypsy. Arquette plays the mother to Gypsy, played by Joey King who has also been nominated.

The Act will air on M-Net.
Keep an eye on this page for more details. 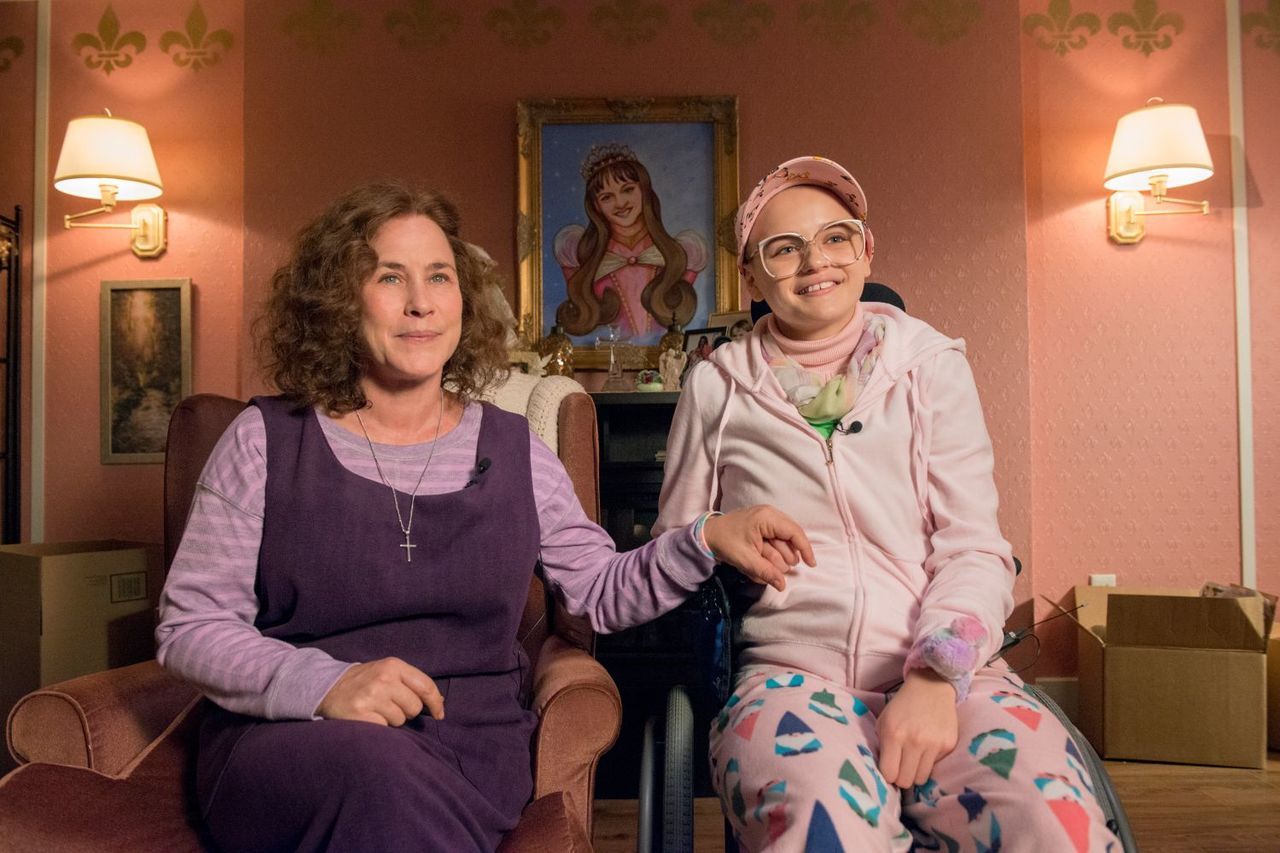 True Detective season 3 aired earlier this year on M-Net.
You can watch seasons 1 – 3 on Showmax.
Visit the season 3 set here. 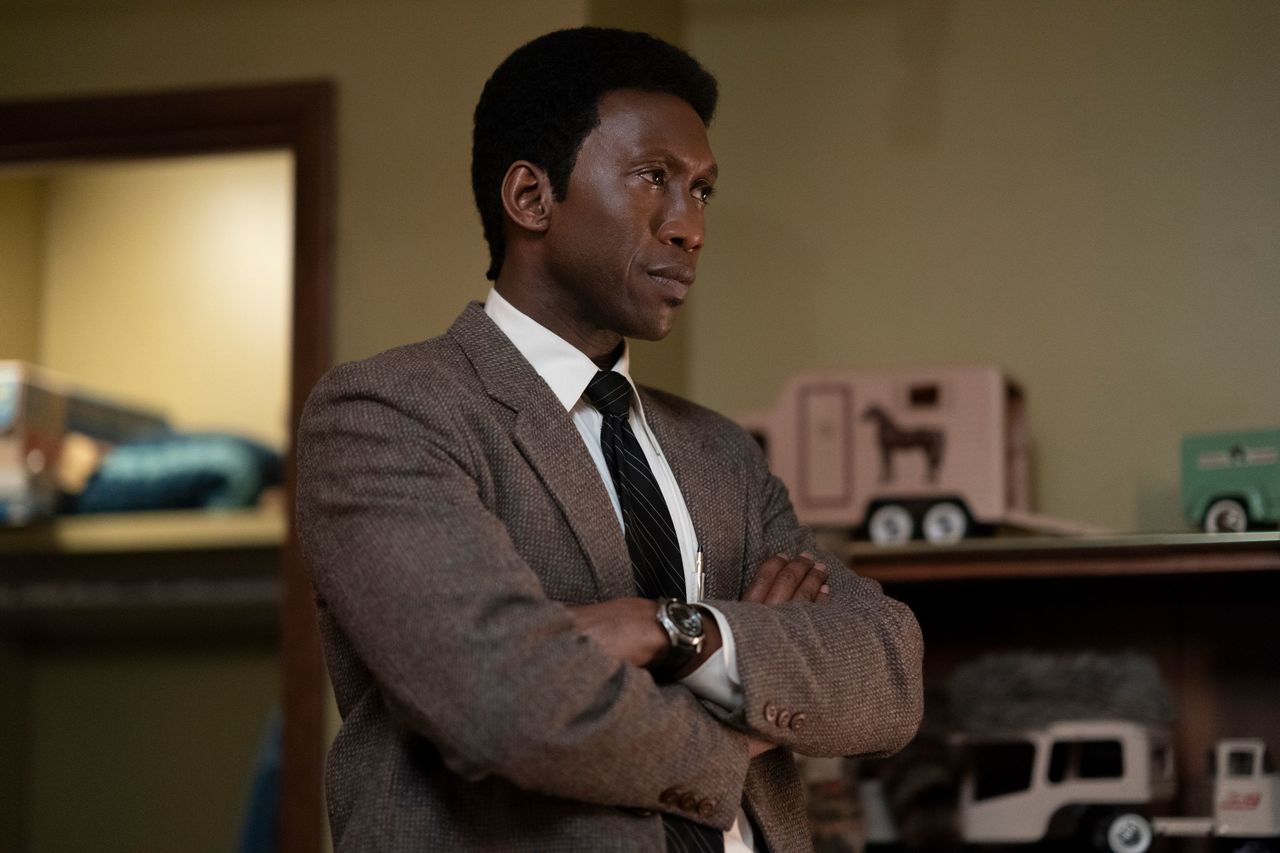 A Very English Scandal
The darling of ‘90s British rom-com and James Bond’s latest Q (i.e. Hugh Grant and Ben Wishaw) co-star in this political conspiracy drama. Both actors have been nominated for their performances, an Emmy first for both.

A Very English Scandal aired earlier this year on M-Net.
If you missed it, you can watch it on Showmax. 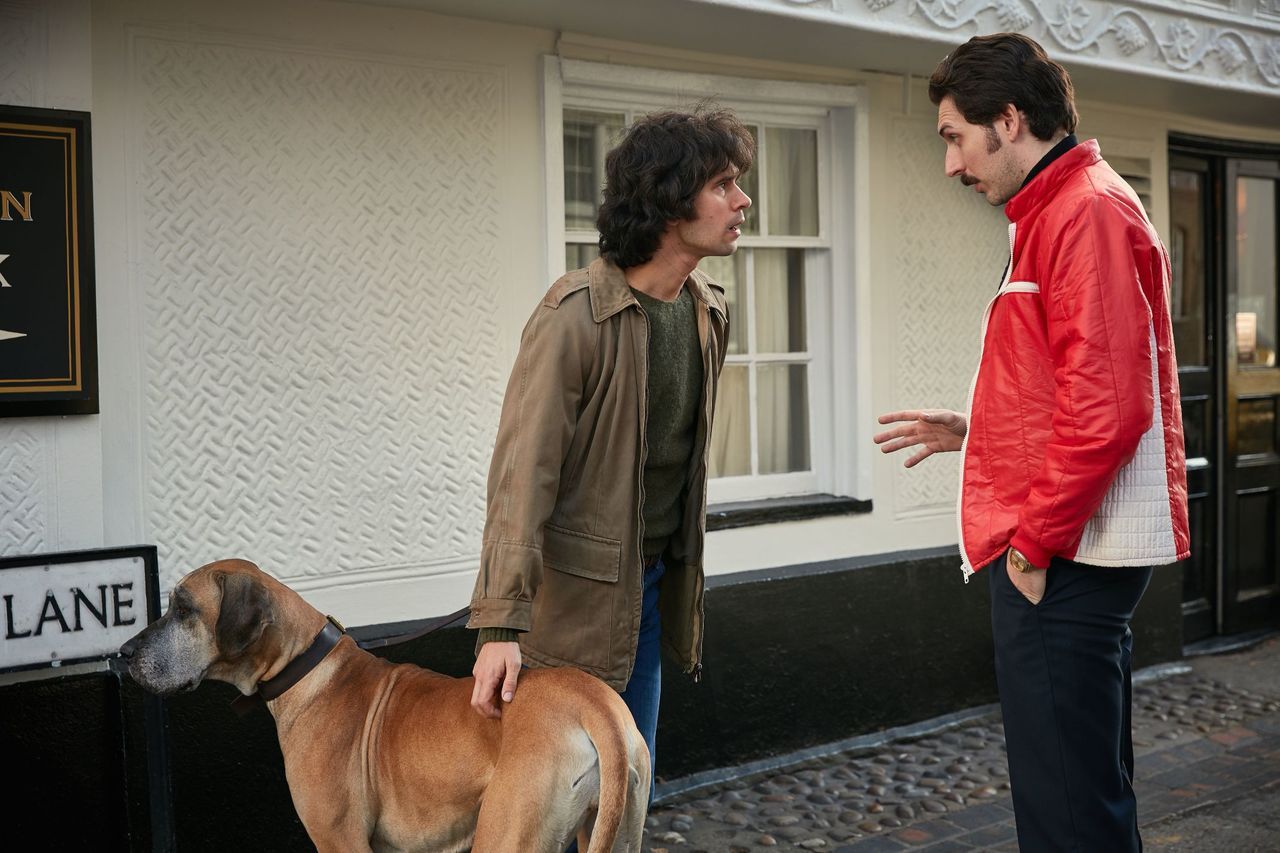 The Amazing Race
The reality show that races around the world placing roadblocks, yields, and U-turns in the path of its contestants has been nominated for Outstanding Reality Show Competition. It has won ten times in this category.

The Amazing Race season 30 currently airs every Sunday at 18:00 on M-Net channel 101.
Check out the show page here. 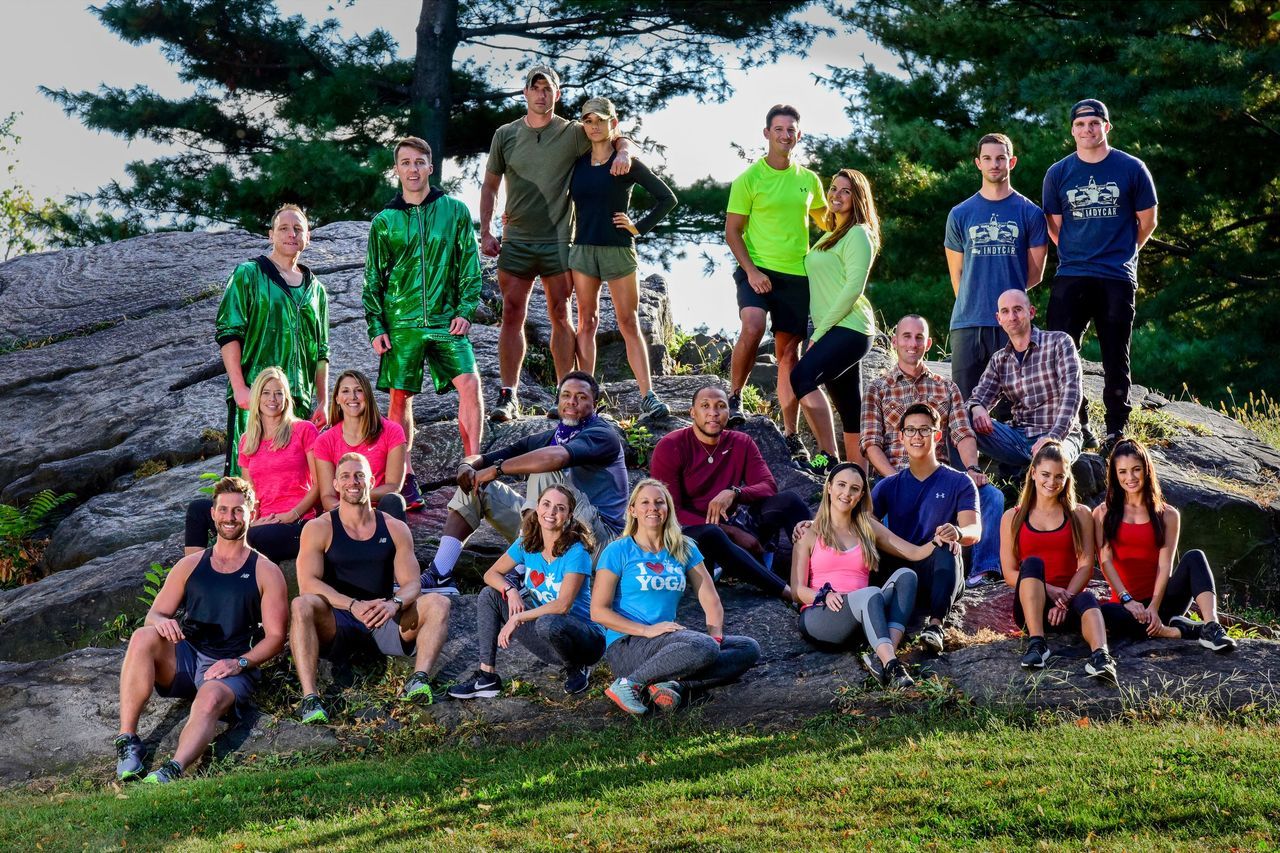 The Voice
Competing in the same category is the American rendition of the beloved singing competition, hosted by Carson Daly since its inception. Blake Shelton is another regular, having coached every single season so far. Coming a close second is Adam Levine, who’s also been there from the start, but who won’t be returning for season 17. Gwen Stefani – who coached in the 7th, 9th, and 12th seasons – will be replacing him.

The Voice season 16 is currently airing every Friday and Saturday at 19:00 on M-Net. 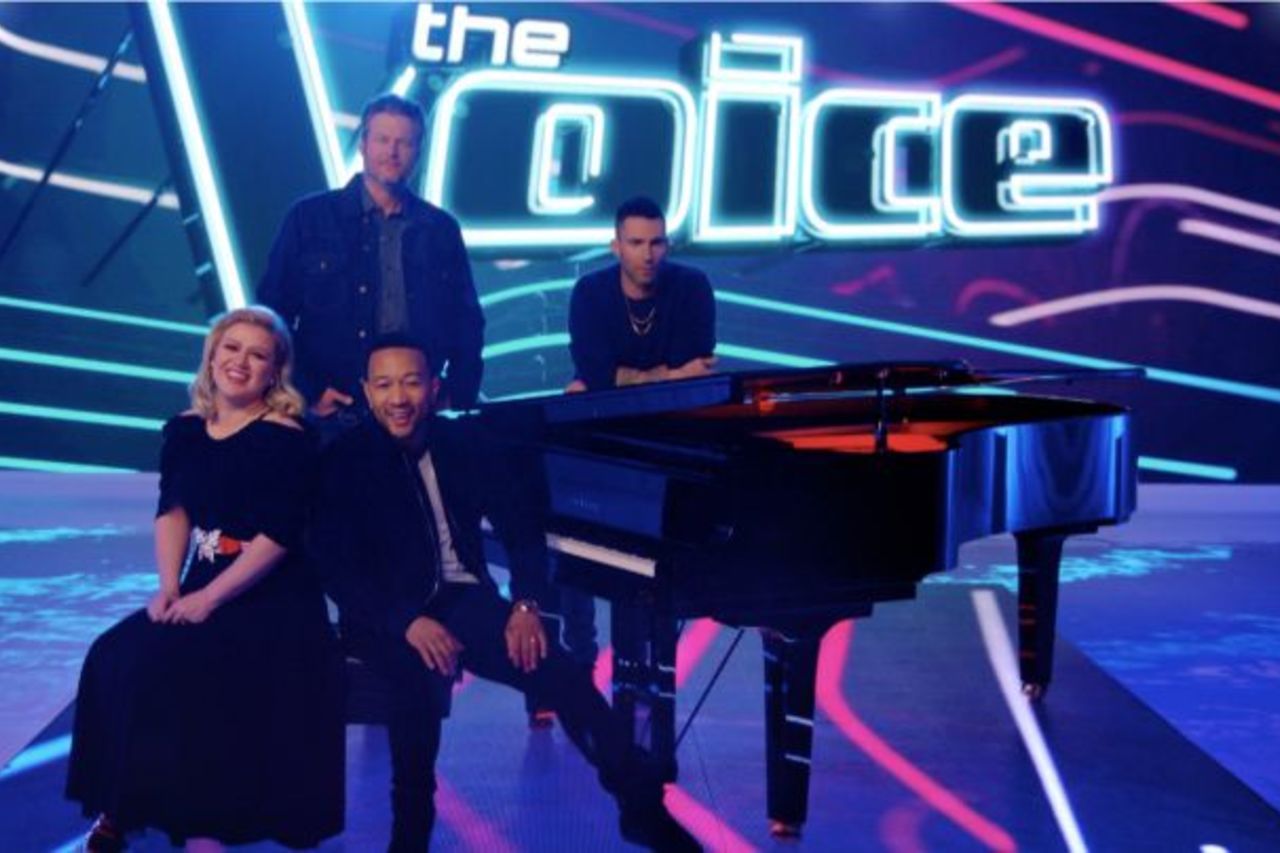 Last Week Tonight with John Oliver season 6 is currently airing every week after the Sunday night movie on M-Net channel 101. 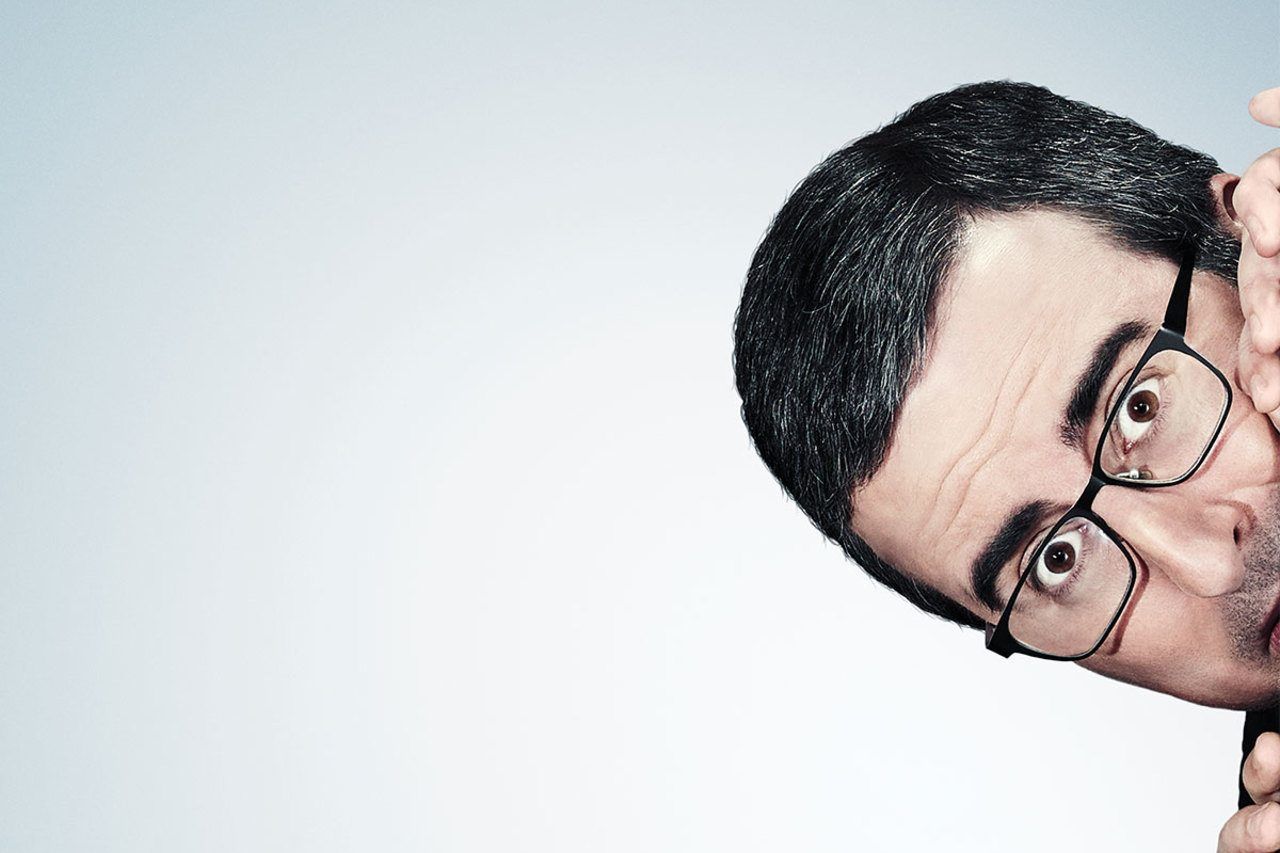 The Late Late Show with James Corden
Also competing in the Variety Talk Series category is fellow Brit James Corden. He also had great fun earlier this year, playing himself in the movie musical Yesterday, in a scene set on his talk show. 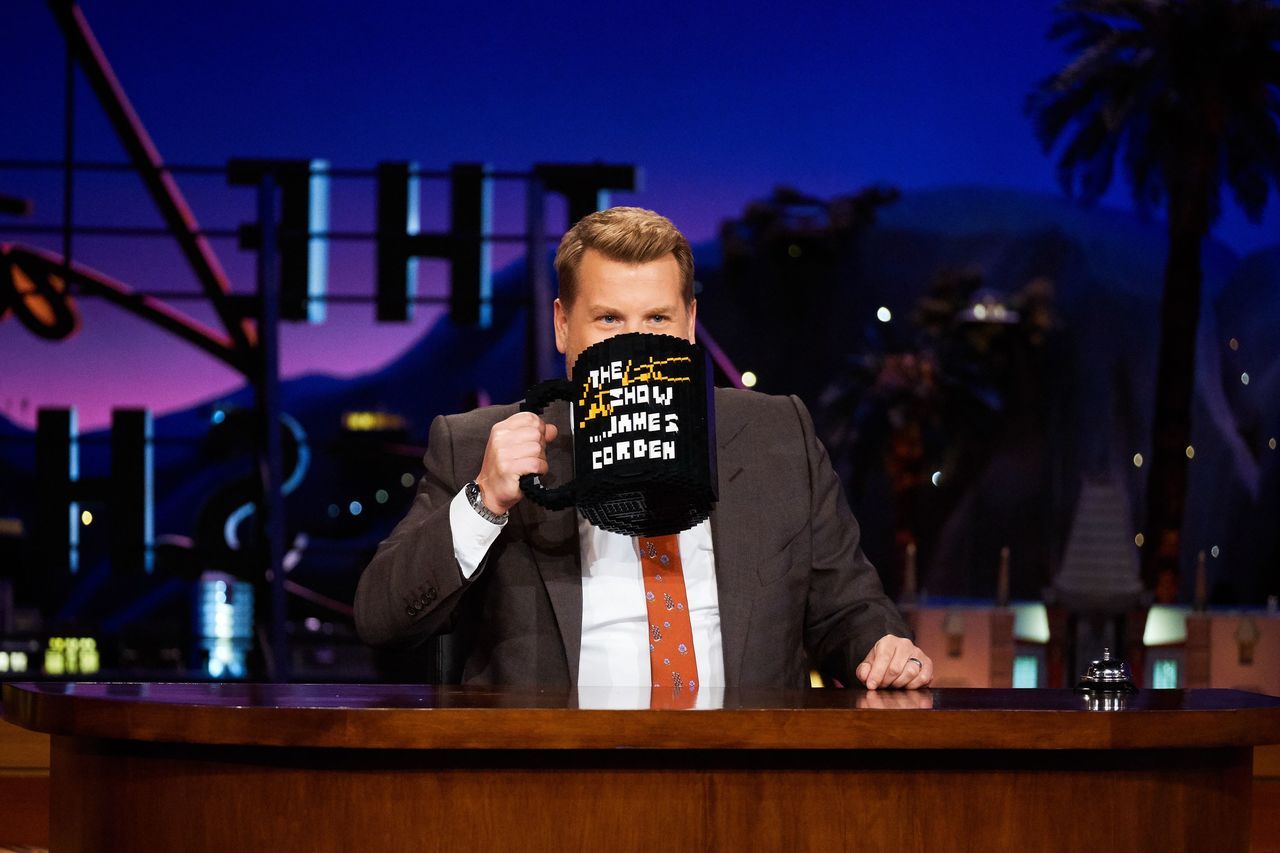 Please note: The number of nominations referenced above includes categories awarded at the Creative Arts Emmys which is usually hosted the weekend before the main ceremony.

Dates and times are subject to change.

News
74th Emmy® nominations
Check out the nominees.
Video
The Rookie S3
Watch #TheRookie S3 on Showmax from 1 Sep. Watch S1-2 now: https://bit.ly/3sUPkG2 Nathan Fillion stars as the LAPD’s oldest rookie, John Nolan, in the popular police procedural The Rookie. Nominated for a 2020 Emmy for its stunt coordination, the series has an 8/10 score on IMDb. This season, which continues the story of bravery in the face of corruption, also stars the likes of Frankie Muniz, Brandon Routh from DC’s Legends of Tomorrow and Emily Deschanel. Watch on Showmax now: http://shw.mx/2x8owYw Subscribe to our YouTube channel: http://shw.mx/2xs8dFJ What is Showmax? Showmax is the new way to watch TV online. Get instant access to thousands of the best series, movies, kids’ shows and documentaries. All you need is the internet to watch Showmax on your phone, tablet, laptop or TV. You can even download to watch offline with the Showmax app on phones and tablets. Connect with Showmax Online: Visit our Website: http://shw.mx/2x8owYw Discover more on our Blog: http://shw.mx/2hd0PaT Like Showmax on Facebook: http://shw.mx/2xsDcl2 Follow Showmax on Instagram: http://shw.mx/2xfr5Y5 Follow Showmax on Twitter: http://shw.mx/2f5aFYl
News
73rd Emmy® Nominations
Check out the nominees.
News
72nd Emmy® Nominations
Here are the nominees.