Tough Guys and The Kids

They're known to be tough and a little rough around the edges. They can put up one heck of a fight, may wear a uniform, are the men in charge, and are known to save the day. But once you add some kids to the formula, all hell breaks loose. We're looking at memorable movies where the tough guys got in touch with their softer sides.

Arnie ditches his machine guns and opts for hola hoops in this action-packed comedy. Arnie plays Detective John Kimble, a cop who goes undercover as a male kindergarten teacher in hopes of cracking a big case. If you think being a cop is tough, then try to lead a bunch of overactive, scampy kids that will give you a run for your money. Detective Kimble learns valuable life lessons while teaching the kids and ultimately saving the school from the baddies. 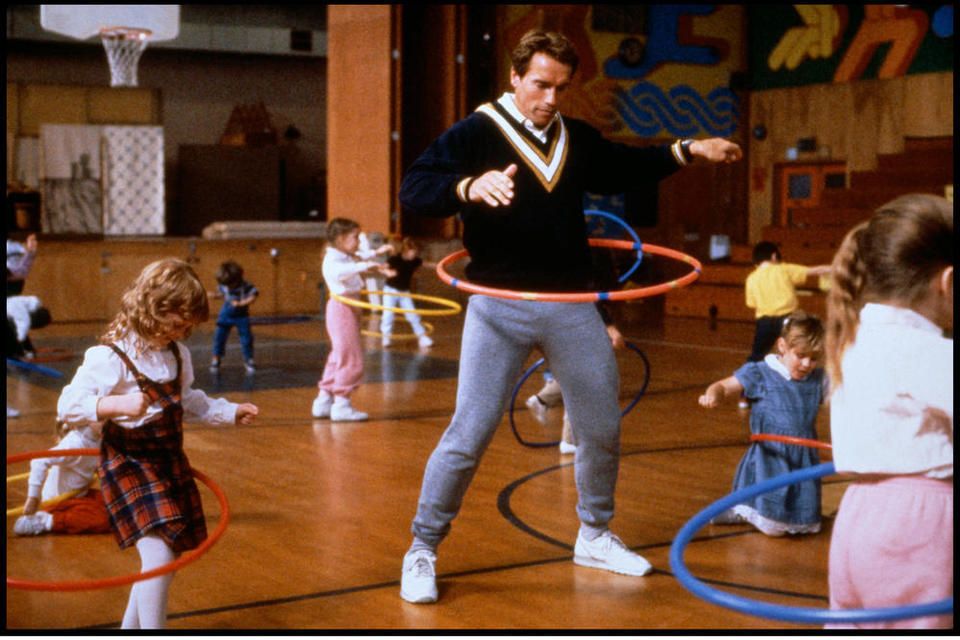 From wrestling in the ring, to playing Ring a Ring o' Roses, Hogan shines in this family comedy. Hogan plays Sean Armstrong, a wrestler turned bodyguard who unwillingly becomes a nanny to one of his client's kids. Things get tricky when the bad guys show up and we're taken into a world of tutus, tea parties, a kidnapping, and a whole lot of butt-kicking. In the end, Mr. Nanny learns that kids are the real heroes who can save the day. 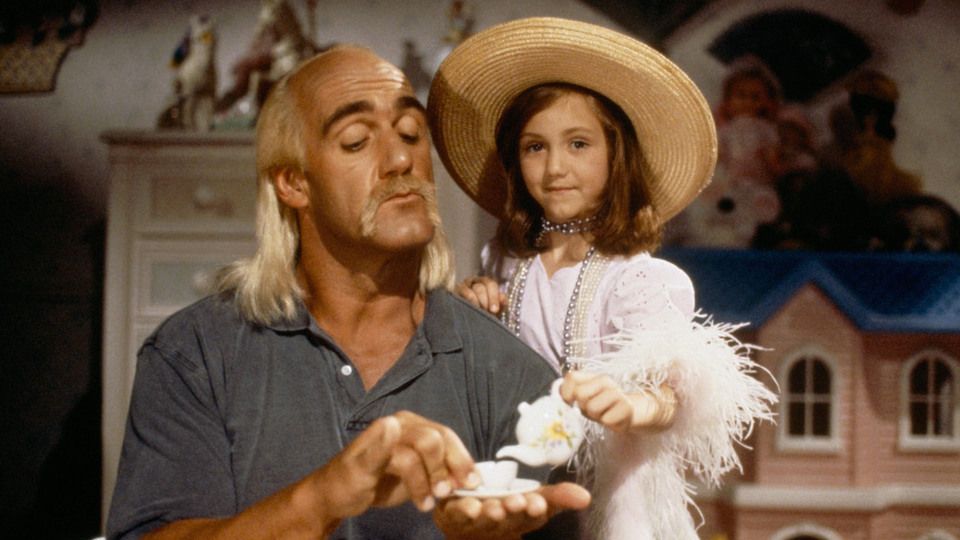 Another wrestler showing off his soft side. In this sweet comedy, The Rock plays a professional football player, Joe Kingman who unexpectedly finds out that he has an eight-year-old daughter named Peyton. He's soon sprung into a whole new ball game as he goes from playing on the field to playing house with his darling daughter. The father-daughter duo soon form a solid bond and Kingman finds lessons that football never taught him. 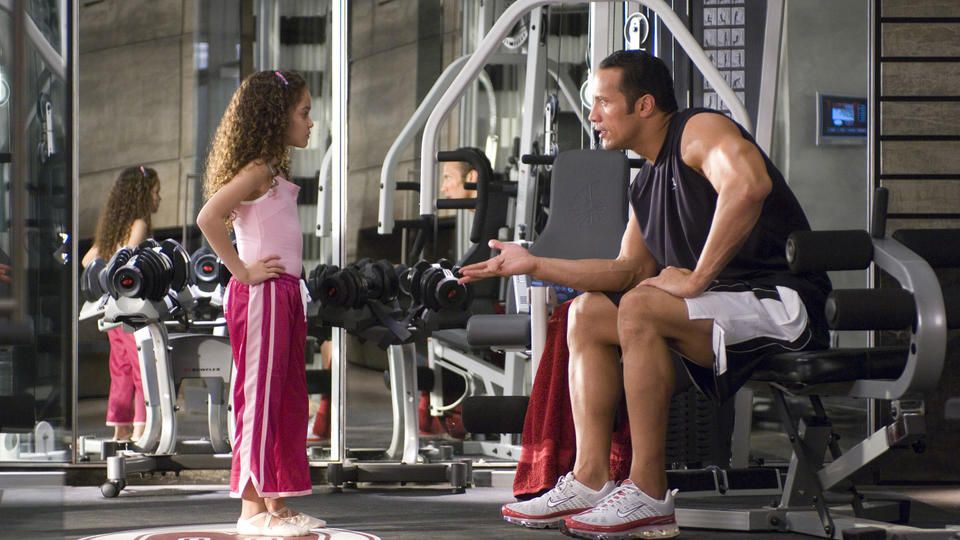 From being fast and furious to fun and funky. Diesel plays lieutenant Shane Wolfe, a U.S. Navy SEAL who becomes part of a government project which thrusts him into becoming the caretaker of three young kids. While investigating a secret project called GHOST, Wolfe nannies, mentors, and bares all the mayhem from the children, with crazy and hilarious results. 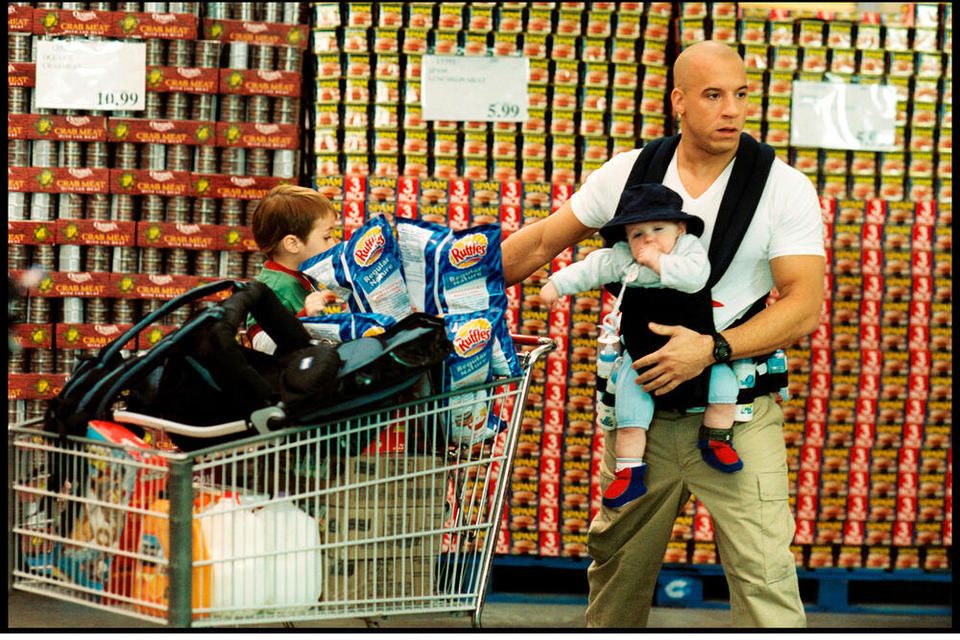 Things get fired up in this all-round comedy as a group of carefree smokejumpers take on and take care of three feisty kids they've rescued. Sound the alarm and join the chaos and fun with your Sunday Night movie, Playing With Fire, this Sunday at 20:05 on M-Net 101. 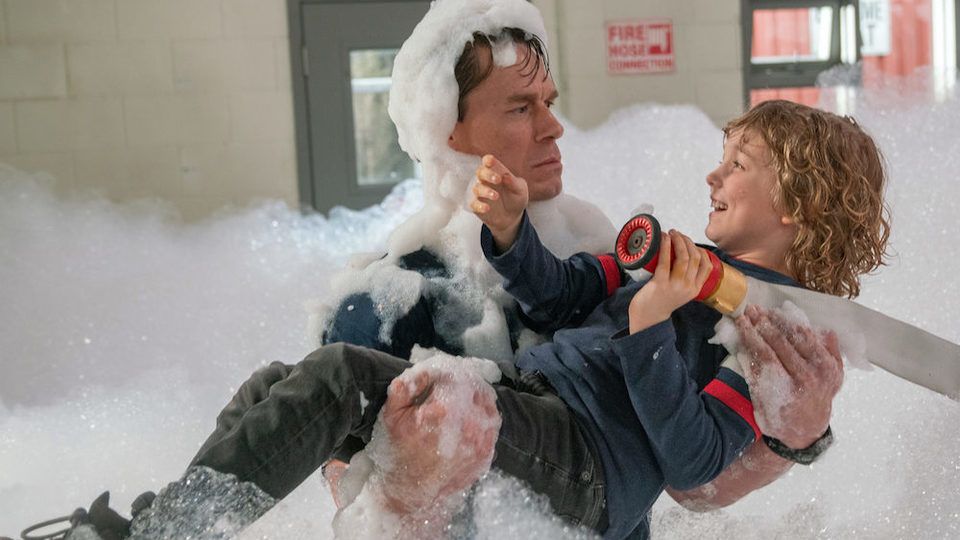 Video
Sandra vs Sam – Lioness
You’re in a sticky spot. Who do you call: Sandra Stein or Samantha Hugo? We quiz Shannon Esra about which tough character would be best for some tough hypotheticals.
Video
Daring dishes! Drama! Double elimination! – My Kitchen Rules SA
The teams head to beautiful Knysna and cook their hearts out. It’s a tough challenge that will send two teams home. Watch the penultimate episode of MKRSA this Sunday.
News
M-Net Movies Invites Kids to Animania!
From 4 April young ones watching DStv Compact and Access can also join their favourite movie characters.
News
Keep Kids Busy
Watch Animania, plus more fun ideas!