The Monsters of Godzilla

News
04 June 2020
Stomping onto your screen.
Subscribe To Watch

In this week’s Sunday night movie on M-Net, Godzilla: King of the Monsters, the title character makes a return after 2014’s Godzilla. And this time he’s bringing some friends. But are they friends? Because there are epic battles in store with epic monsters of all shapes and sizes. Here’s who you can expect to see destroying the scenery.

Godzilla
Naturally, you’ll see this big guy again, seeing as it’s his movie. And he’s something of a saviour, because the humans in this story have to rely on him to fight far more frightening beasties. 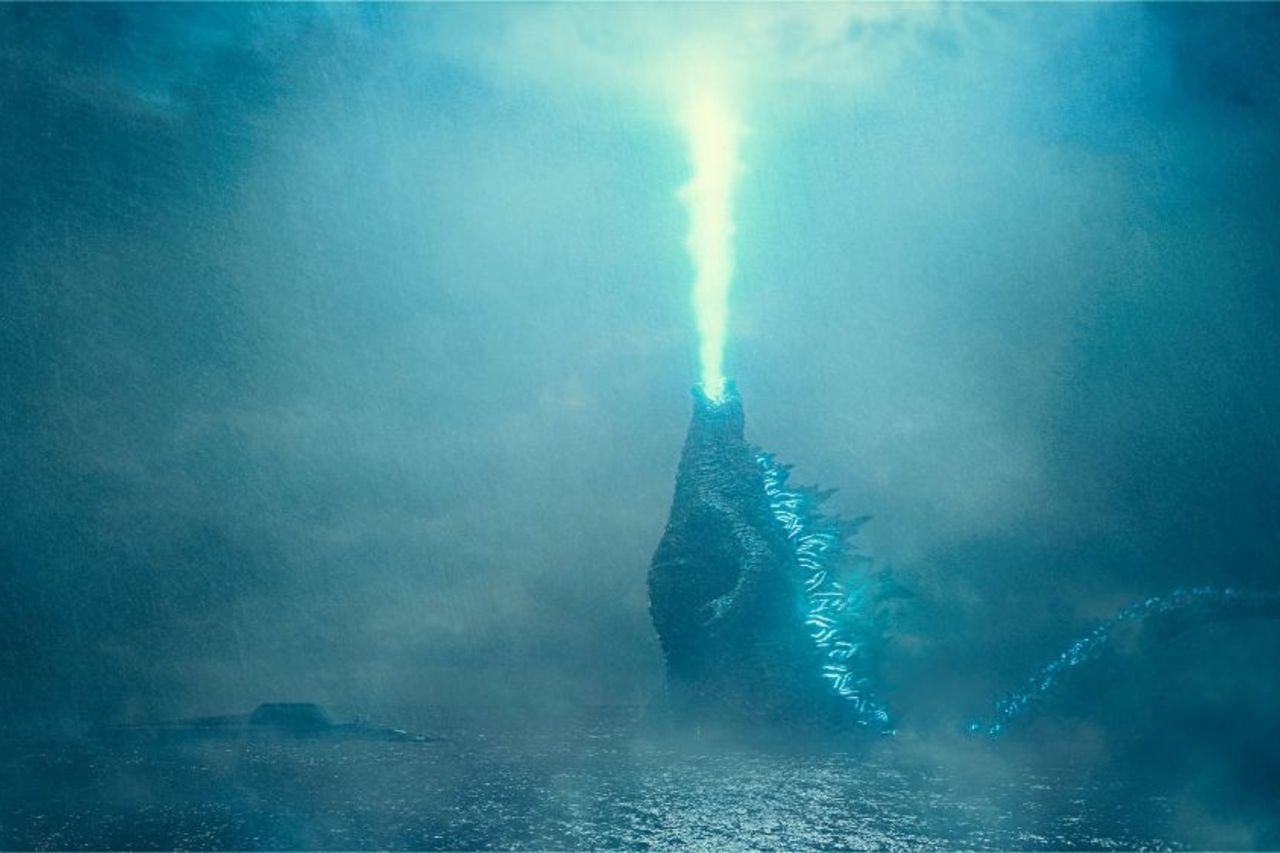 Godzilla in Godzilla - King of the Monsters

Rodan
This creature looks like he’d feel right at home in Jurassic Park terrorising trespassers. However, it’s not a pterosaur but a kaiju. Kaiju refers to the Japanese monster movie genre, and the creatures which populate them are described using the same term. Rodan is one such movie monster, but he does strongly resemble the prehistoric reptile. 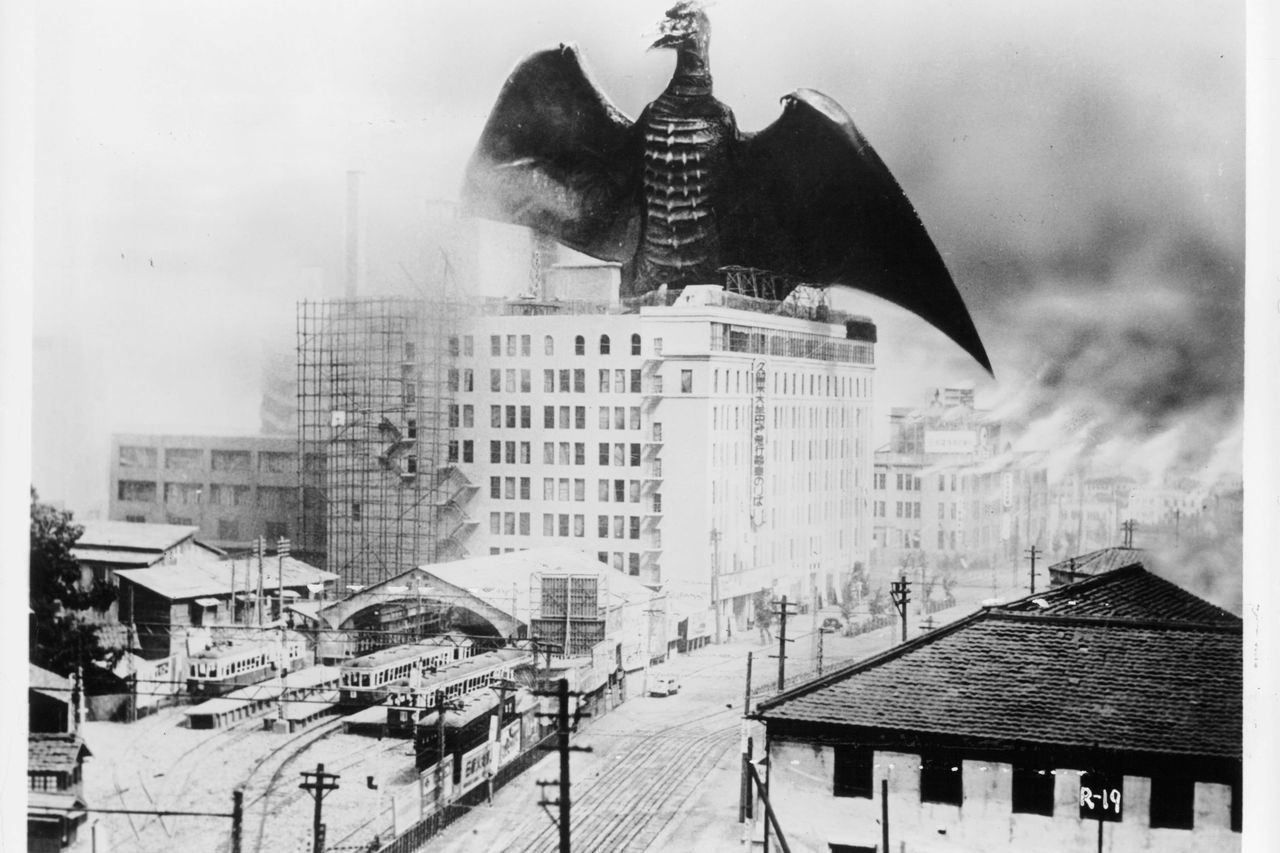 Mothra
This creature looks like something of a giant moth, which – it’s just dawned upon us - is probably why it’s called Mothra. She’s also a kaiju, originating in a 1961 movie named after her. She has since appeared in many Godzilla movies, but it’s her first appearance in Legendary's MonsterVerse. This monster-packed franchise started with 2014’s Godzilla, was followed by Kong: Skull Island and Godzilla: King of the Monsters, and continues at the end of this year with Godzilla vs. Kong. 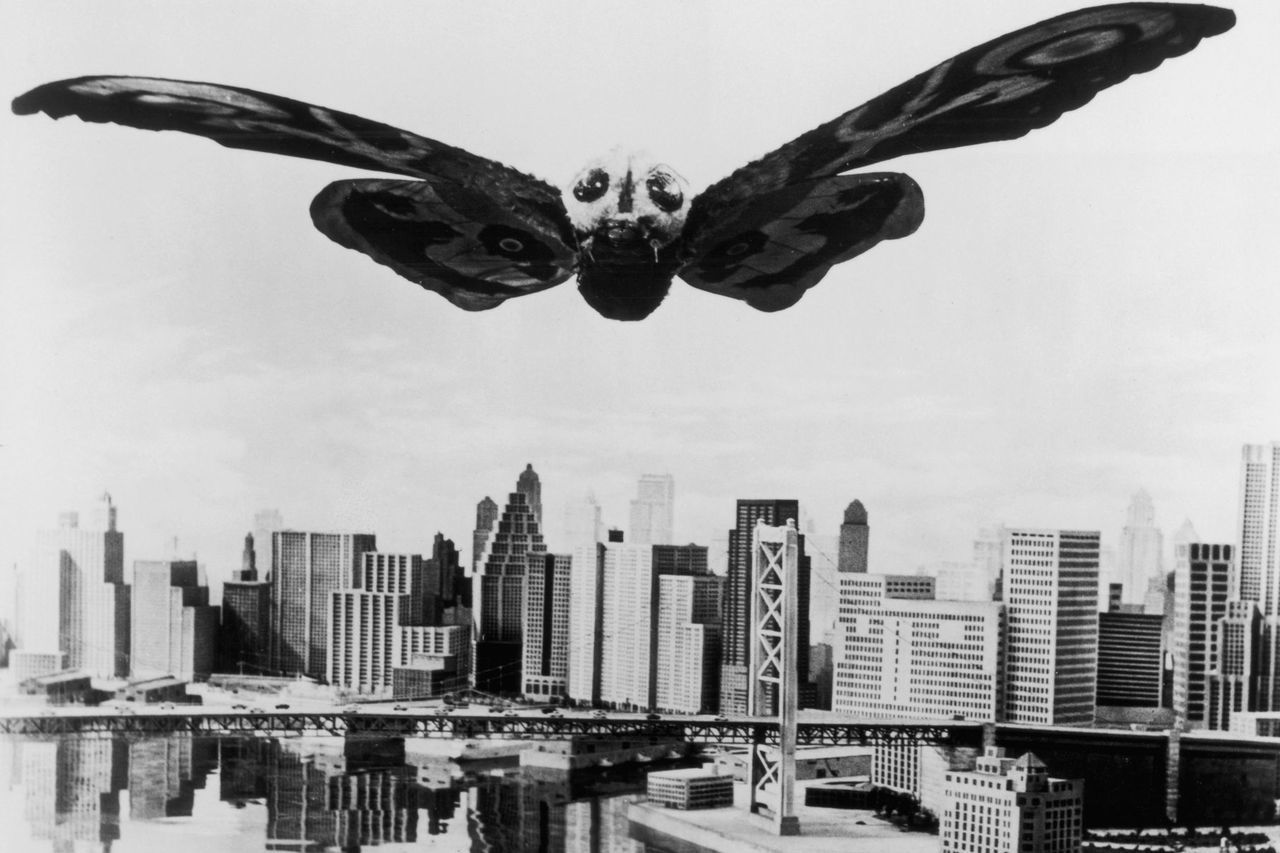 Mothra soars over Tokyo in the 1961 Japanese film, Mothra

King Ghidorah
You may need to read that name twice (we did), but you’ll have to look three times to take in the three-headed terror that, like Godzilla, Rodan, and Mothra, is a kaiju. But you may have seen a similar incarnation elsewhere, as King Ghidorah is inspired by the Lernaen Hydra of Greek mythology. King Ghidorah in Godzilla - King of the Monsters

Methuselah
Whether in the 2014 movie or in kaiju movies, the above creatures have all featured in film before. The big bonus of Godzilla: King of the Monsters, is that you’ll get to see the old favourites plus new monsters created especially for the movie.  One of these is Methuselah, who has an epic awakening in the film. Keep your eyes peeled, because you may not see it coming!

Behemoth
Another original creation, its name sounds like it hints at its appearance (sort of woolly mammoth), but actually comes from a monster in the Hebrew bible. There is a movie called The Giant Behemoth, but its appearance is different from the one you’ll see in Godzilla: King of the Monsters. 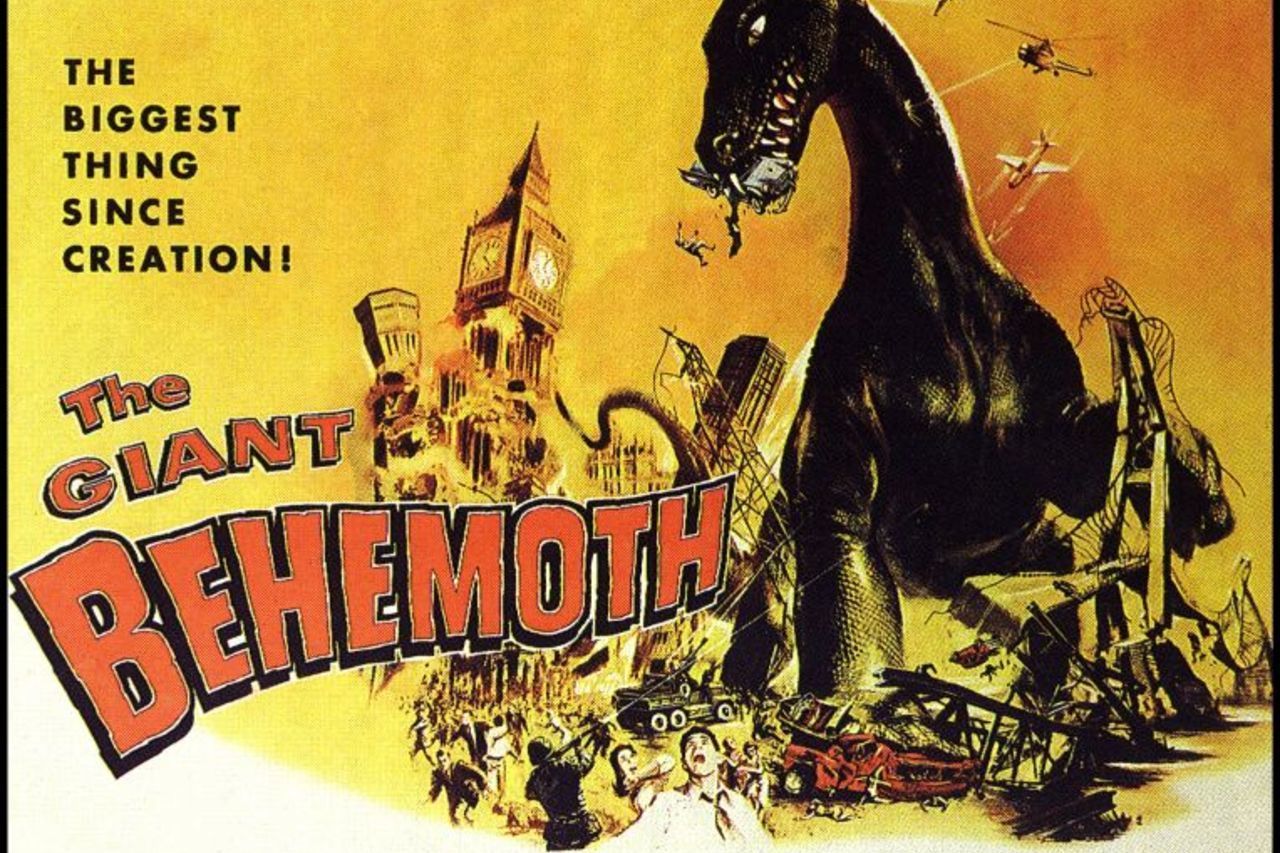 Poster for the 1959 film, The Giant Behemoth

Scylla
If you’re arachnophobic, you’re not gonna fall in love with this creature. But its initial emergence is really impressive, so don’t shut your eyes too tight! Besides, the inspiration for this creature isn’t all spider. It’s also not exactly original, since it’s popped up in Greek mythology too. 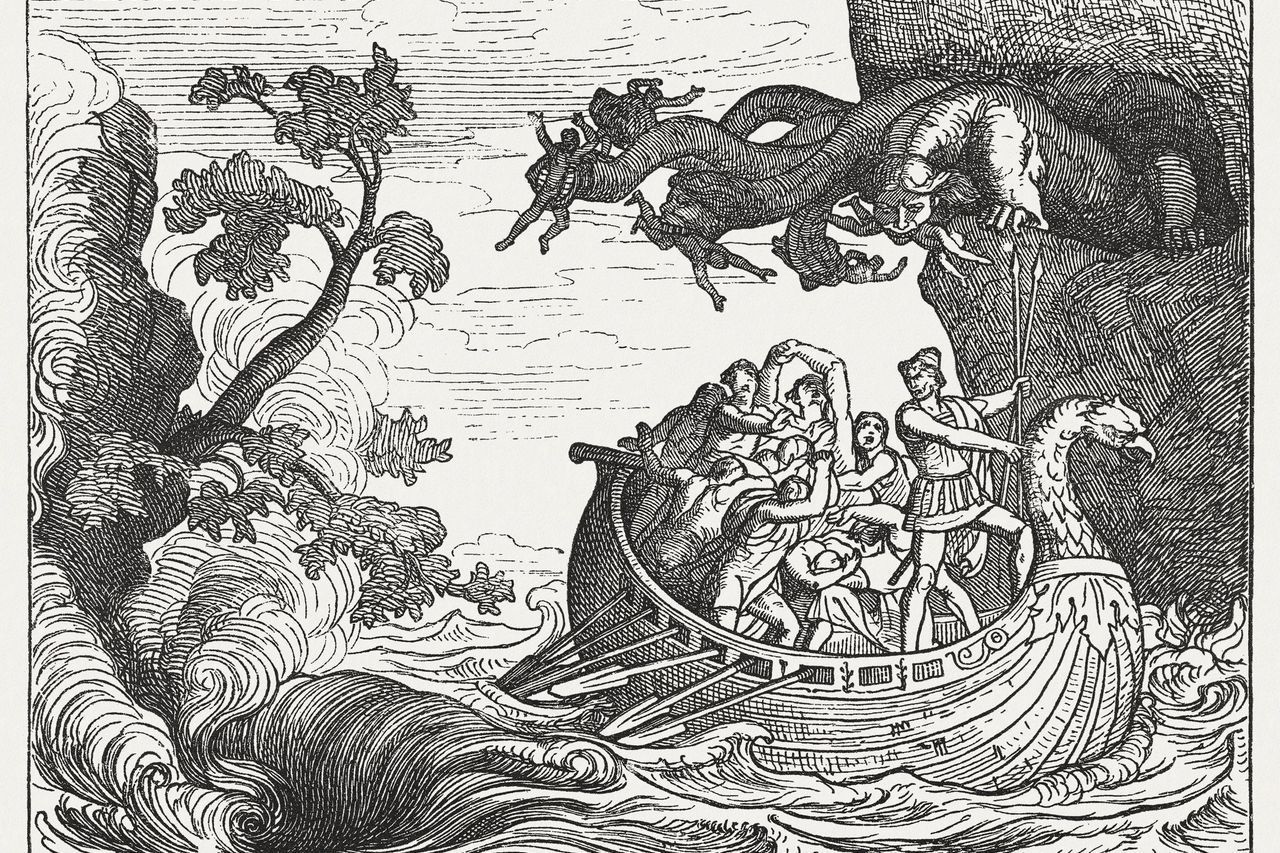 Ulysses loses six of his companions to the Scylla in this wood engraving, published in 1880

Mokèlé-mbèmbé
Bonus points if you can spot the moment this creature emerges, because it’s quite obscured (we won’t say how!) Its appearance may be brief, but its origins are fascinating, having been based on the Apatosaurus-like creature from mythology surrounding the Congo River Basin.

Video
Watch the trailer - Godzilla vs. Kong
Legends collide as Godzilla and Kong, the two most powerful forces of nature, clash on the big screen in a spectacular battle for the ages.
Gallery
Godzilla vs Kong
Check out images from behind the scenes.
News
How Lebo M gave life to The Lion King
Singer, composer, producer and arranger, Lebo Morake, has been vital to making The Lion King what it is.
Gallery
Escape Plan: The Extractors
See these images from the movie.