Space adventures have enthralled and entertained for decades, moving beyond mere entertainment to become an entrenched part of pop culture. Unlike sitcoms and drama, it’s not all about the laughs and the tears.

Themes of exploration and discovery highlight their service in bettering humankind. However, these often come with a warning note about the folly of humankind’s lesser qualities and quests. Coupled together, space adventures probe questions other shows never ask.

All seriousness aside, there is still enough melodrama to keep you on the edge of your seat, memorable characters you’ll love (and dress up as), and plenty of action to keep your pulse racing.

Running from 1994 to 1998, it was heralded for its use of CGI in television. Today it may feel somewhat aged, but there’s no denying the pertinence of its themes, the incredible world-building, and characters who hooked viewers every week.

Space adventure often imagines a future Earth or a time where Earth is no more. Battlestar Galactica depicted Earth as a planet of redemption and renewal for colonies of humanity desperately seeking a new home after a war with robots known as Cylons. The TV series started in 1978,  followed by a sequel series, mini-series, another TV series and a prequel series.

Not ones to be left behind, the British created their own space adventure, but with a very different flavour. The doctor of the title comes from the planet Gallifrey and travels through time and space, helping all manner of beings along the way – and, of course, he loves planet Earth. Starting in 1963, the show is still running today. Various actors have played the title character, explained in the story by The Doctor’s ability to regenerate. Taking this point into consideration, many fans have clamoured for a doctor of  a different race or sex.

What is this show’s claim to fame? The fact that it was cancelled after just one season, much to the chagrin of its devout fans. Created by Joss Whedon – the man behind Buffy the Vampire Slayer, and the Avengers’ movies – the malcontent about its cancellation led him to make the movie Serenity, which continued the show’s story.

It’s difficult to decide where to start with the legend that is Flash Gordon. The comic strip? The movie? The TV series? But then, which one? A live action series was produced in the ‘50s, followed by an animated version more than 20 years later, then a TV movie, another animated series, and another two TV series. It would seem the Flash is not only the fastest man alive, but also the one with the fullest schedule.

7. The Hitchhiker's Guide to the Galaxy

The classic space adventure novels by Douglas Adams saw several adaptations. Although nothing beats the books, the radio series and its consequent TV adaptation were well received.

While many space adventures focus on building a world that will hook fans for life, this TV series tried a different approach: anthology storytelling. Featuring different stories and characters every season, The Outer Limits also differed in its more literal depiction of horror – not only were ideas scary, but creepy creatures raised hairs too. The series aired for two years in the ‘60s, before being revived in 1995, for another seven years.

No space adventure article would be complete without mentioning Star Trek, and if you thought Flash Gordon was complex, it’s nothing compared to this. Starting in 1966 (and eventually subtitled The Original Series) it was followed by seven more series, as well as thirteen films. The three latest films are considered a reboot and were manned by a creator well-known in the world of television, J.J. Abrams.

If you’re going to talk about TV shows set in space, it’s inevitable that more than one will have “star” in the title.  However, unlike Star Trek, Stargate was a movie that turned into a TV series. Working as a sequel to the film, it was called Stargate SG-1 and followed by Atlantis and Universe.

Now Killjoys is jostling for position in the genre, as its trio of bounty hunters race through the cosmos to catch criminals. Watch Season 1 every Monday at 20:00, from 21 March, on M-Net Edge. 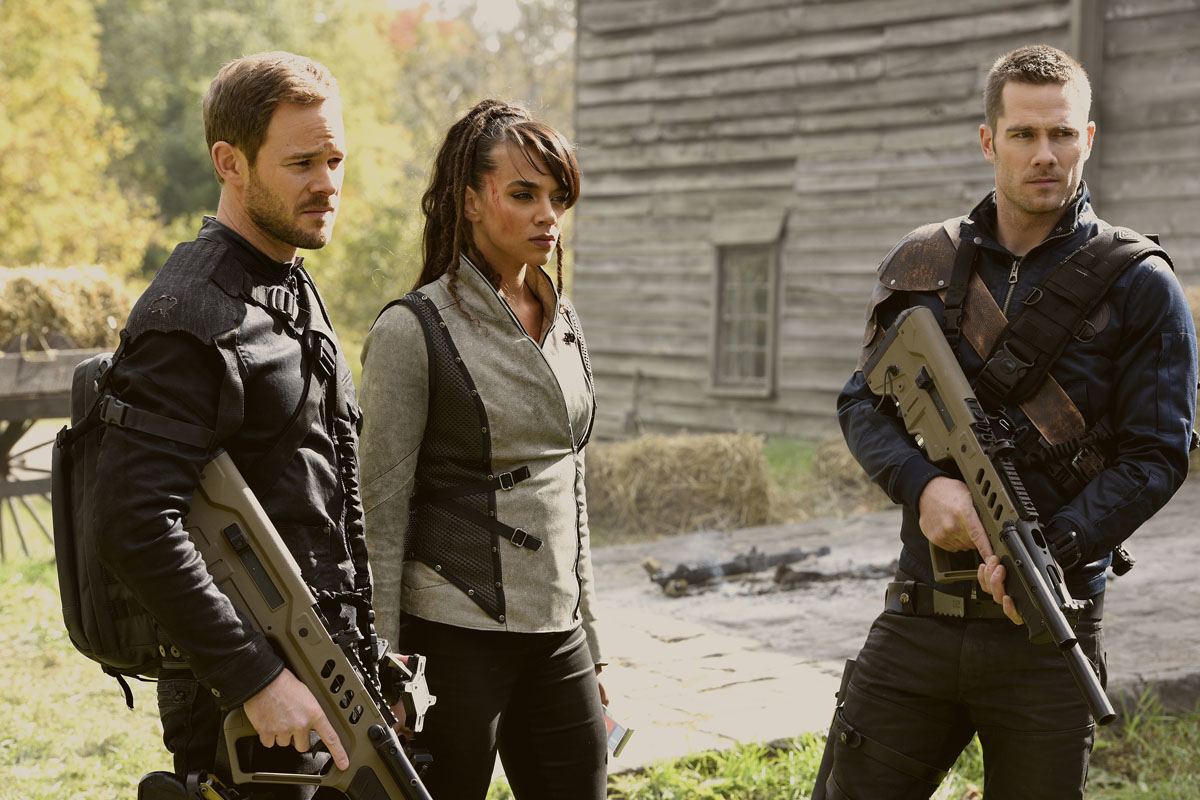 Video
An offal adventure – MasterChef SA
The brilliant Mmabatho Molefe presents the contestants with her glorious, five-star, Zulu dining, leaving them in pure awe. Will they be able to deliver such delicacies with great flavour?
Video
[FROM THE ARCHIVES] Cacadu serial killer
𝗧𝗵𝗶𝘀 𝘀𝘁𝗼𝗿𝘆 𝗼𝗿𝗶𝗴𝗶𝗻𝗮𝗹𝗹𝘆 𝗮𝗶𝗿𝗲𝗱 𝗼𝗻 𝟯𝟭 𝗢𝗰𝘁𝗼𝗯𝗲𝗿 𝟮𝟬𝟮𝟭. Fear is stalking the residents of a tiny village in the Eastern Cape where 11 elderly members of the Zingqolweni community in Cacadu have, in the space of a year, been found dead in their homes. Believed to be the work of the same murderer using the same modus operandi, Carte Blanche confronts the South African Police Service on why its investigation seems to have stalled. Meanwhile, vulnerable residents are left to protect one another as a violent killer stalks them under the cover of darkness.
Gallery
Leap of Faith - Single Wives SA
The ladies take literal leaps of faith on a couple of daring dates, in the latest episode of Single Wives South Africa.
News
[Guest Blog] MeerKAT’s MIGHTEE Finds
It was incredibly exciting to find these two mega-giants because it means there are probably many more out there in the cosmos just waiting for us to find. Our discovery demonstrates the amazing abilities of MeerKAT and we think it will be able to reveal even more of the Universe’s secrets!