Two of Hollywood’s top female moneymakers team up for your Sunday night movie, Hot Pursuit. Reese Witherspoon and Sofía Vergara have both proved their comedic chops, so it was no surprise when they were thrust together for this female buddy comedy.

Hot Pursuit casts Witherspoon as uptight cop Rose Cooper, tasked with protecting a drug cartel informant and his wife, Daniella Riva, played by Vergara.  When the informant is killed, it’s up to Cooper to keep Daniella safe, forcing the two to go on the run. 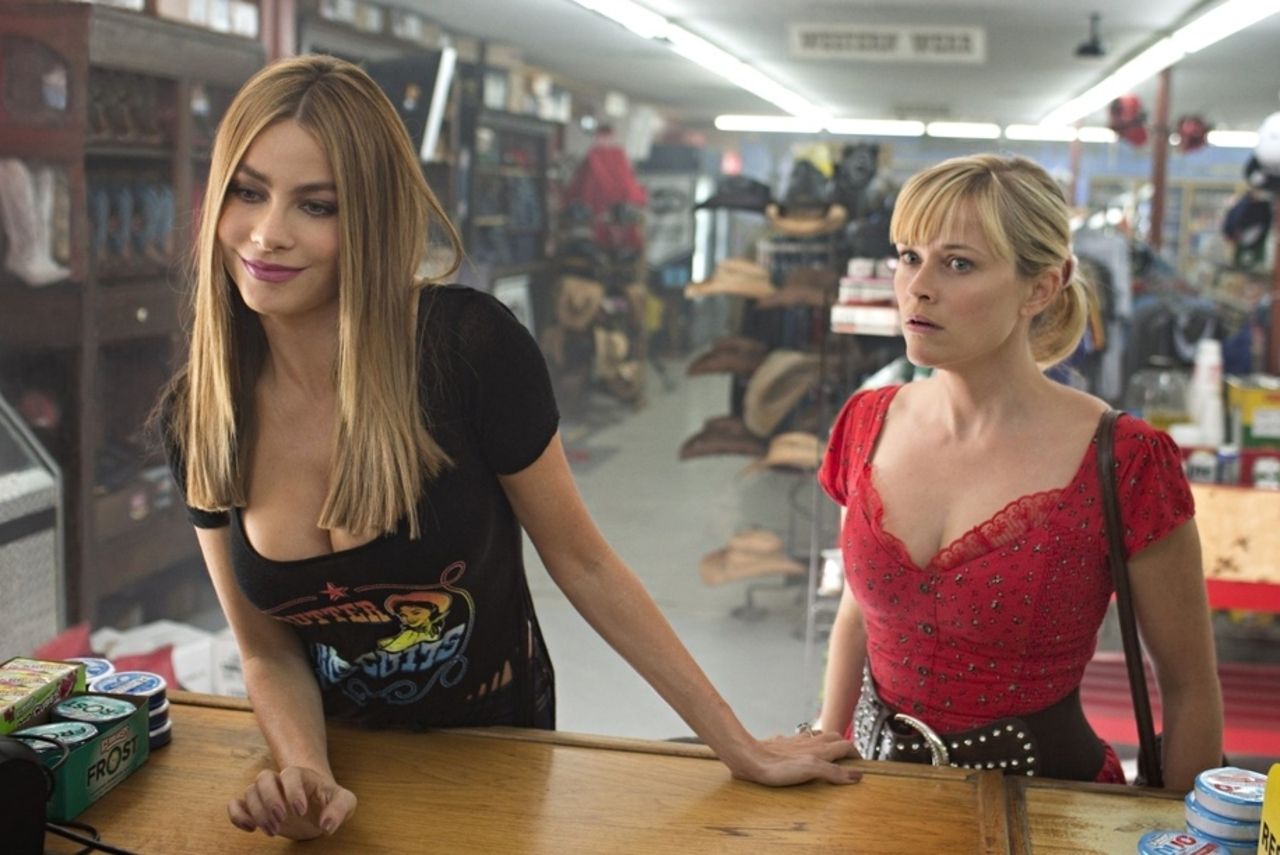 While we’re familiar with bromances and buddy cop movies, Hot Pursuit gives us the chance to turn the spotlight on the ladies. Fluffy rom-coms may often be categorised as chick flicks, but we think it’s time these flicks be defined by chicks. We look at five of our favourites:

Marilyn Monroe and Jane Russell were doing it for the girls way back in the ‘50s, charming viewers as the all-singing, all-dancing duo Lorelei Lee and Dorothy Shaw. Admittedly the two ladies think the only way to secure a future is through marriage, but at least their friendship is highlighted throughout the film. Dorothy in particular goes to great lengths to protect Lorelei.

Reimagining both the buddy and the road movie, Thelma and Louise bent perceptions of genre and gender. An outstanding script, delivered with strength and sensitivity by Susan Sarandon and Geena Davis, it’s a classic that should form the introduction to everyone’s female buddy movie education.

On the surface it’s fun and frivolous, but at its core there’s plenty of heart and tenacity. Mira Sorvino and Lisa Kudrow, as best buds Romy and Michele, live life on their own terms. They’re temporarily swayed to bow to societal pressure at the thought of their impending reunion; but they throw it back in the snooty faces of their former classmates in a moment of gleeful revenge.

Melissa McCarthy is having none of Hollywood’s stereotyping. From stealing the show in Bridesmaids to becoming the leading lady in Tammy and Spy, she’s an American sweetheart far removed from her wide-eyed, stick-figured counterparts. In another female outing of the buddy cop film, The Heat, she teams up with Sandra Bullock to dish out action and laughs galore.

It’s not a movie, but we had to include this powerful duo who are making noise for women in Hollywood. Through movies and shows such as Mean Girls, 30 Rock, and Parks and Recreation, as well as hosting the Golden Globes, these women are challenging ideas of women in society, in film, and in comedy.

Watch Reese Witherspoon and Sofía Vergara in their addition to the female buddy movie, Hot Pursuit, on Sunday 17 January at 20:05 on M-Net and 20:30 on M-Net Movies Premiere.

Video
[FROM THE ARCHIVES] Back from Brazil
𝗧𝗵𝗶𝘀 𝘀𝘁𝗼𝗿𝘆 𝗼𝗿𝗶𝗴𝗶𝗻𝗮𝗹𝗹𝘆 𝗮𝗶𝗿𝗲𝗱 𝗼𝗻 𝟭𝟱 𝗡𝗼𝘃𝗲𝗺𝗯𝗲𝗿 𝟮𝟬𝟮𝟬. If he didn’t do it, why did he run? For almost a decade, murder accused Gerhard Jansen van Vuuren evaded capture. In 2014, Carte Blanche told the story of the cold-blooded killing of his ex-girlfriend, 25-year-old Andrea Venter. She had been stalked, held captive, tortured and then brutally killed in full view of security cameras and witnesses at her home. Video footage showed Jansen Van Vuuren trying to slit his own throat as he lay waiting to be apprehended. We recounted how justice seemingly failed the deceased as police ignored her appeals when Jansen van Vuuren violated a protection order and was released on R15000 bail when his case went on appeal. He pleaded not guilty. But from the prosecutor to the investigating officer, even to Interpol – law enforcement never gave up their relentless pursuit of justice. Now we recount the dramatic developments after the accused skipped bail, left the country on a false passport and disappeared in South America.
Video
Back at 8 – M-Net Movies
Warm up winter with these hot movies every Sunday night on M-Net channel 101, back in it original timeslot.
News
5 Facts about Cold Pursuit
Get a peek behind-the-scenes of Cold Pursuit.
Video
Watch the Trailer - Cold Pursuit
Nels Coxman's life turns upside down when he loses his son. Liam Neeson stars in this icy thriller.