As South Africans start a crucial 21-day lock down to curb the spread of Covid-19, there’s no need for international series fanatics to dread long boring nights. MultiChoice and M-Net have conjured up a must-watch pop-up channel with the best content from the HBO stable. M-Net Binge – The Home of HBO, channel 114 on DStv Premium and Compact Plus, showcases full seasons of edgy, award-winning series as well as a selection of riveting documentaries and HBO Original films.

M-Net Binge – The Home of HBO kicks off on Friday 27 March at 19:00. Thereafter it will be available seven days a week, between 18:00 and 06:00, Mondays to Sundays because of the racy nature of the channel. The age restricted material makes it unsuitable for daytime viewing.

The weekday schedule for M-Net Binge – Home of HBO has been carefully curated to create appointment viewing. You will find the same series in the same time slot, on the hour, Mondays to Fridays. From shows like The Newsroom, which earned leading man Jeff Daniels several TV nods, to executive producers Tom Hanks and Steven Spielberg’s epic war drama Band of Brothers; and the biggest series of modern times, Game of Thrones. Not to forget recent masterpiece The Night Of and the cult series Six Feet Under. When insomnia hits, there’s also Banshee, The Leftovers and Girls.

On Saturdays up until 21:00, the line-up is packed with thought-provoking documentaries. It will be followed by another episode of Game of Thrones, screened in the same slot during the week.

Sunday’s schedule belongs to series that have been exclusive to the streaming service Showmax to date: His Dark Materials and Succession. That’s followed by a superstack (six episodes) of classic Sex & The City, starting at 22:00. As a special treat for night owls, the next item on air is the HBO film at 01:00.

The unmissable documentary picked for Saturday 28 March is Ice on Fire. Narrated by Leonardo DiCaprio, it investigates solutions to reverse the effects of climate change. The film on Sunday is Deadwood: The Movie, created to conclude the hit series of the same name.

M-Net Binge – The Home of HBO will also be available on DStv Catch up and on the streaming service DStv Now. Fans can follow all the breaking news around the pop-up channel on the M-Net Website , and join the conversation with #mnetbinge on Twitter (@MNet), Instagram (@mnettv) and Facebook (@MNet).

A quick snapshot and summaries of the shows on M-Net Binge – The Home of HBO:

The Newsroom
Mondays to Fridays at 19:00. Repeats next day at 18:00.
From the imagination of Aaron Sorkin, creator of The West Wing, comes another riveting political drama series, set in the newsroom of the fictional Atlantis Cable News television channel. The Newsroom won a Critics' Choice Television Award for Most Exciting New Series, along with Golden Globe nominations and a string of other accolades. These include a Primetime Emmy for Outstanding Lead Actor in a Drama Series (Jeff Daniels) and Outstanding Guest Actress in a Drama Series (Jane Fonda).

Band of Brothers
Mondays to Fridays at 20:00.
Hollywood legends Steven Spielberg and Tom Hanks, who collaborated on one of the greatest war movies of all time, Saving Private Ryan, team up again and revisited World War II as executive producers on a project that won high praise from viewers, and Emmy and Golden Globe awards for Best Miniseries. Based on a non-fiction bestselling book by historian Stephen E Ambrose, it follows the history of a parachute battalion from jump training in the United States through its participation in major actions in Europe. 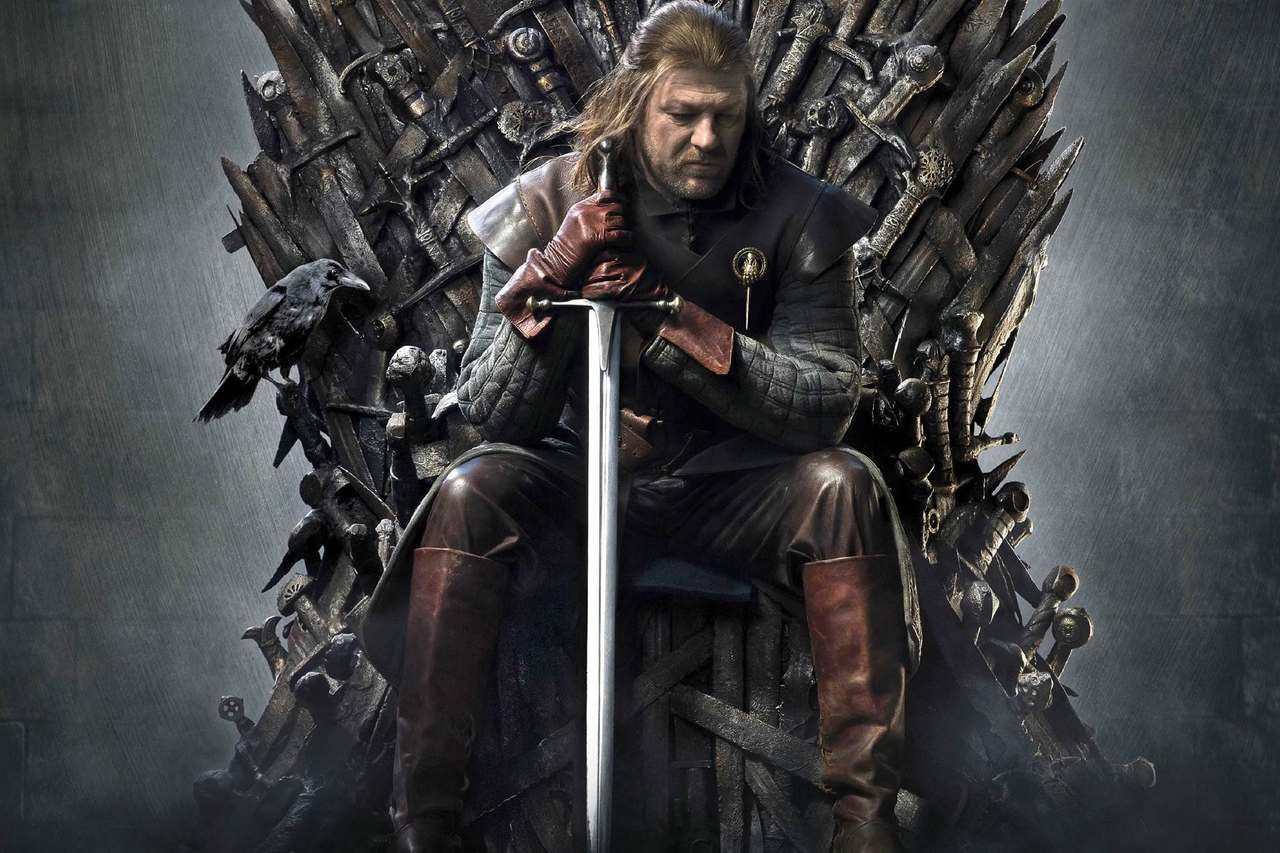 Game of Thrones
Mondays to Saturdays at 21:00 and 22:00 (two episodes).
The most talked about television series of the new millennium, bar none, took the fantasy genre to a new level. Game of Thrones won a record 58 Emmy Awards, and has a global fan base that long ago surpassed the one billion mark – and keeps growing. If you missed it the first time around, you’ve got some catching up to do – 72 episodes worth. Set on the fictional continents of Westeros and Essos, it has several plot arcs and a huge ensemble cast. Please remember that the series contains scenes of nudity and violence.

Six Feet Under
Mondays to Fridays at 23:00.
A funeral parlour may not sound like the ideal setting for a long-running drama series, but Six Feet Under was a smashing success, named by Time Magazine, The Guardian and Empire as one of the best television series of all time. Nine Emmy Awards, three Screen Actors Guild Awards, three Golden Globe Awards, and a Peabody Award back up those assessments. The story revolves around the trials and tribulations of the Fisher clan, owners of Fisher & Sons Funeral Home. Besides the usual themes of interpersonal relationships, love and loss, it fearlessly tackles the most important philosophical question of our time: the meaning of life.

The Night Of
Saturdays at 23:00.
Following a wild night of sex and drugs, Nasir “Naz” Kahn, a Pakistani-American student, wakes up to find that the woman he’d spent the night with has been stabbed to death. He has no recollection of the events of the night. This is the premise of a multiple award-winning crime miniseries starring John Terturro as John Stone, the lawyer who represents the murder suspect. It won four Primetime Emmy Awards and a Directors’ Guild of America Award among a slew of accolades. It has a score of 90 on Metacritic, based on 40 reviews, and 95% on Rotten Tomatoes, indicating universal acclaim.

His Dark Materials
Sundays at 19:00.
Strangeness and wonder mark this fantasy drama based on the cult novel series of the same name by Philip Pullman. The action takes place in a multi-world reality, switching from one to the other in an absorbing, unusual narrative. In an alternate world, all humans have animal companions called daemons. As it turns out, they are manifestations of the human soul. The main character is a girl named Lyra, an orphan who discovers a dangerous secret. And then her path crosses with a boy named Will. The series combines live action and animation and won an Annie, America’s top animation award. 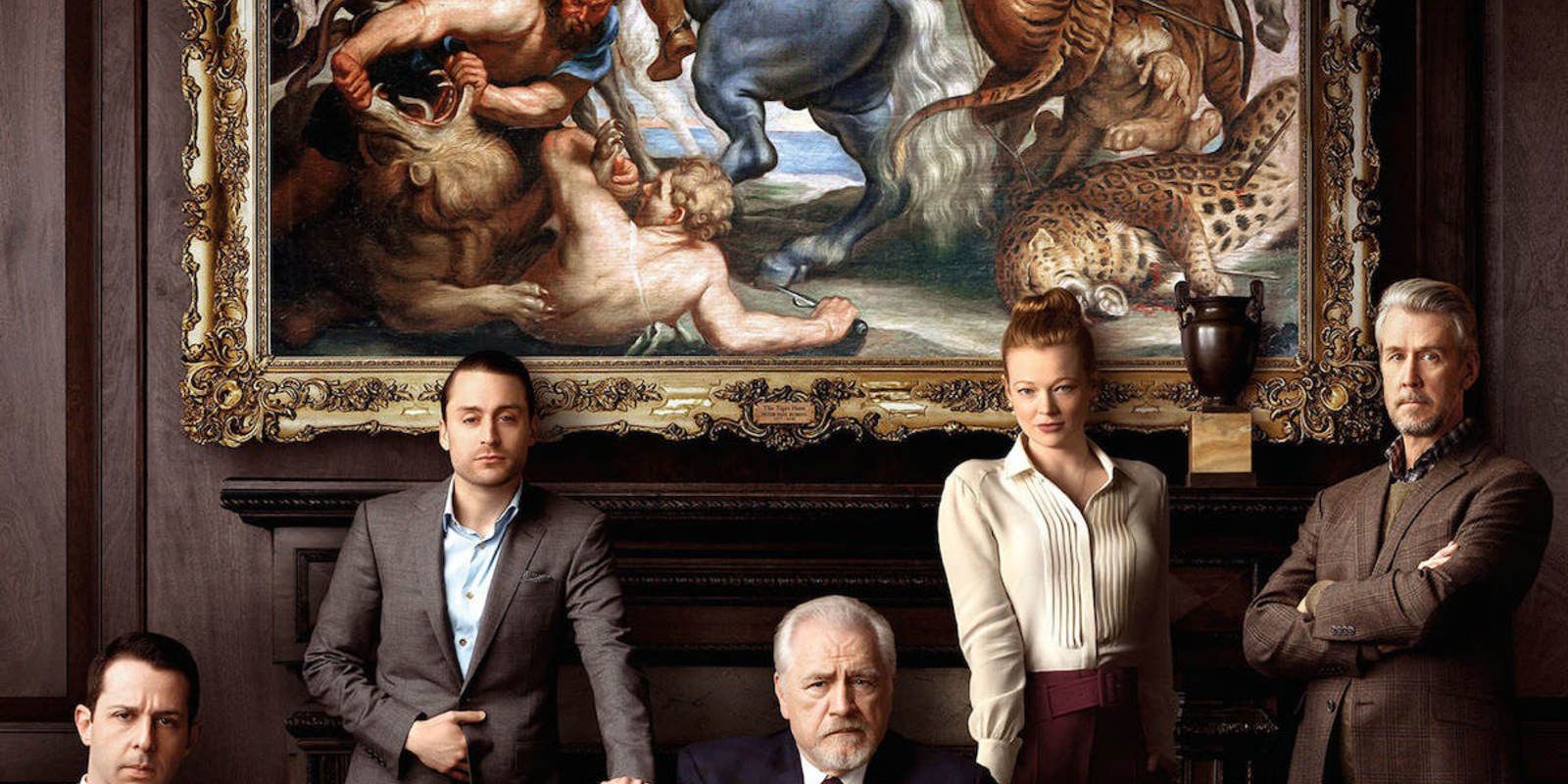 Succession
Sundays at 20:00 and 21:00 (two episodes).
An American satirical comedy-drama television series that won the British Academy Television Award for Best International Programme and the Golden Globe Award for Best Television Series – Drama. In addition to that, Brian Cox, one of the lead actors, won the Golden Globe for Best Actor – Television Series Drama. A dysfunctional family battles for control of a global media and hospitality conglomerate – and the patriarch’s health is in steep decline. Who will inherit the throne?

Video
Which teams are going home? – My Kitchen Rules SA
The judges reveal the scores after two high-pressured and interesting challenges from the sweet and savoury teams. Who will stay and who will go?
Video
The Greyling home – Desert Rose
Freddy takes his young family to his childhood home for the first time.
Video
None of your business – Legacy
Willem and Charmaine return home early and Petra starts to suspect that something is wrong.
Video
Staying in Vegas – CSI: Vegas
Old faces and a batch of fresh faces in a new team continue to follow the evidence to solve crimes committed in Las Vegas.