School Games and the Wild Rose – The Bachelorette SA

The drama never stopped in the eventful sixth episode of The Bachelorette South Africa. With twelve men left, the mansion is starting to resemble a pressure cooker as the stakes get higher.

The episode was filled with entertaining group games and awkward group dates that only added to the growing tension. Qiniso is a woman who knows what she wants, but she is beginning to show how this journey is affecting her, and the men need to step up their game to show her that they are worth it.

To add a bit more spice into the pressure cooker of a mansion,  the fabled Wild Rose was introduced.

Some highlights from the episode:

Dylan’s one-on-one tea date
Dylan surprised everyone by getting a one-on-one date with Qiniso. They went on a tea and sushi date, which seemed to go well and they connected even further. Qiniso did make Dylan aware of her annoyance with his and Cameron's pool antics at the previous cocktail party. Dylan then tried to explain himself. To the other men’s relief, he did not receive a rose and told the men that he was “scolded”. Something that came back to bite him.

The Lottostar Bachelorette Schoolyard Games
It was fun and games for Vuyani, Cameron, Ruan, Gareth, Aviwe, Keelan, Justin, and Swazi. Jason and Qiniso had set up a series of primary school games for the guys. The gents were split into two teams and had to compete in a sack race, an egg-and-spoon race, wheelbarrow races, bobbing for apples, and leapfrog. The team consisting of Vuyani, Gareth, Ruan, and Keelan won a very close contest to go on a group date with Qiniso.

The awkward group date
Vuyani, Gareth, Ruan, and Keelan went on a group date with Qiniso, but things did not go as planned, as the mood was very sombre and low. And after Ruan tactlessly but not maliciously brought up that Dylan felt punished for his actions by not getting a rose, Qiniso broke down.

For the first time, the men saw how the stress of the process was affecting Q and it drove home how important it was for her and them. But there was a light at the end of the tunnel and Vuyani got a rose for being more open and showing growth, and they had a moment watching the sunset together. 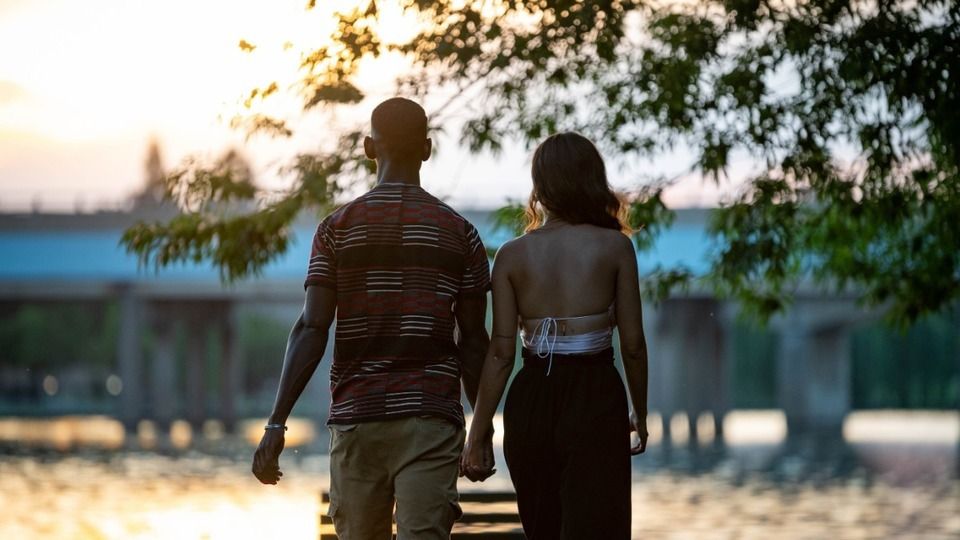 The crazy cocktail party
So much went down in this cocktail party. In the build-up, Peter was feeling vulnerable as he was not part of the group date; Keelan seemed to be struggling with the process; and Franco is still struggling to find time with South Africa’s queen.

The cocktail party started with a lot of tense energy in the air with so many men feeling unsafe. This was made even worse with Jason introducing the Wild Rose. Everyone seemed to sense that something was going to happen.

Kganya took Qiniso for some alone time but was interrupted by Peter during an intimate moment. This led to Kganya asking for a rushed kiss which led to a very awkward, but sweet kiss, in true Kganya fashion. Peter tried to reassure himself that things are fine with Qiniso, but he, unfortunately, didn't do himself any favours.

Cameron expressed his remorse for his actions and that he understands Qiniso, and after Ruan told Qiniso what Dylan had said, Dylan pulled her aside to explain himself.

In the background of all this, Keelan was growing increasingly tense and paranoid making everyone worried for him and on edge, but to make matters worse, Swazi was pulled aside by Q who then gave him the Wild Rose.

The game is on as the stakes grow higher in the mansion. However many of the men are not safe, as the blockbuster cocktail party spills over into episode seven.

Don’t miss an exciting episode seven on Thursday 25 March at 19:30 on M-Net channel 101 as sparks fly, characters are brought into question, trust is broken, and people are sent home.

The Bachelorette SA Season 1 will be screened every Thursday at 19:30 on M-Net Channel 101. DStv Premium viewers can also tune in on Catch Up. Stream the episodes live via their mobile devices on the DStv app. Viewers can follow all the breaking news around the show on the M-Net Website and join the conversation with #TheBacheloretteSA on Twitter (@MNet), Instagram (@thebachelorettesa), and Facebook (@MNet).

The Bachelorette South Africa is produced by Rapid Blue and proudly sponsored by Lottostar. Lottostar is a fixed-odds online betting platform that offers South Africans the chance to bet and win big on the world’s biggest Lotteries, Live Games, Instant Play Games, ScratchCards & Sports Betting – with over R2,4 Billion in winnings paid out in just the last 3 years. Lottostar is licensed by the Mpumalanga Economic Regulator. No u18s. National Responsible Gambling Programme 0800 006 008. You are not playing directly in these lotteries but rather betting on the outcome or result of such lotteries.

Gallery
Back to School and the Wild Rose – The Bachelorette SA
The gents participate in a school-game themed competition during the group date and the Wild Rose comes into play.
Video
Serving BS to the no BS alliance – Survivor SA
All three the members of the no BS alliance are playing strong individual games while pretending to still have the best interest of the alliance at heart.
Video
The White Rose Comes Into Play – The Bachelorette SA
The white rose goes from prank to real deal as Qiniso hands out the first white rose of the season. But the moment soon takes a turn from romantic to dramatic...
News
Three men leave The Bachelorette SA
Not one, not two, but three men left in episode seven, which was the most drama- and suspense-filled one yet.