News
09 April 2021
What DOESN'T belong on a pizza?
Subscribe To Watch

Which of the eight remaining men in the mansion is the most compatible with Qiniso? According to the compatibility game, it’s Gareth. His prize for being the last-man-standing? A one-on-one date with Qiniso.

Their date started with time together in the kitchen, making pizza, followed by cuddles on the couch with wine and their very own homemade pizza…with too much garlic. While too much garlic can overwhelm your pizza, we vehemently agree that it’s very compatible with pizza. But what isn’t? What’s so incompatible with pizza that adding it as a topping is tantamount to a foodie crime?

Pineapple
The ongoing debate about whether or not pineapple belongs on pizza means you’ll still find plenty of pizzerias and people that love adding chunks of it to their pizza. It’s certainly not the worst thing you can put on a pizza but we’d rather do without, thank you. 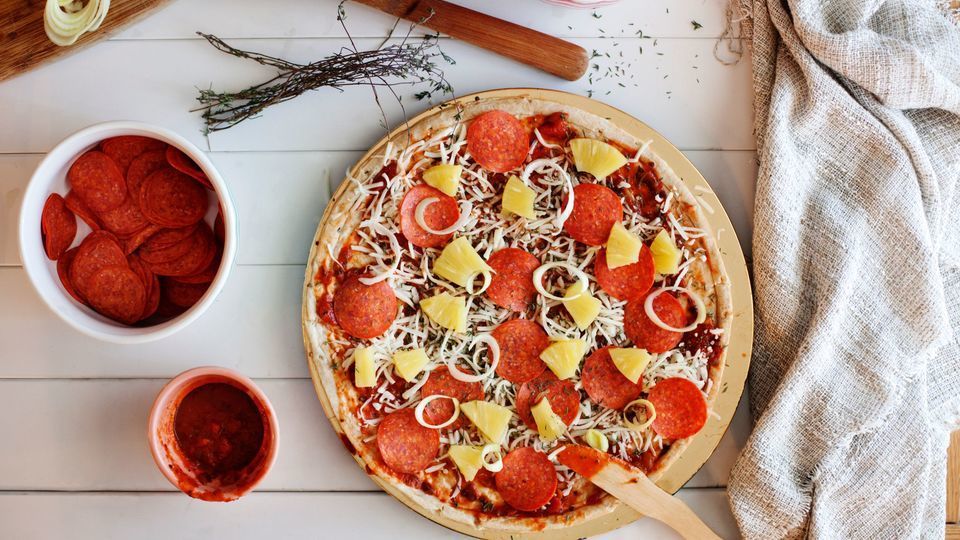 Fruit
With the exception of tomatoes, we’re generally opposed to fruit on pizza. Whether it’s pineapples, bananas, or kiwis they’re better off in a salad or topped with yoghurt. 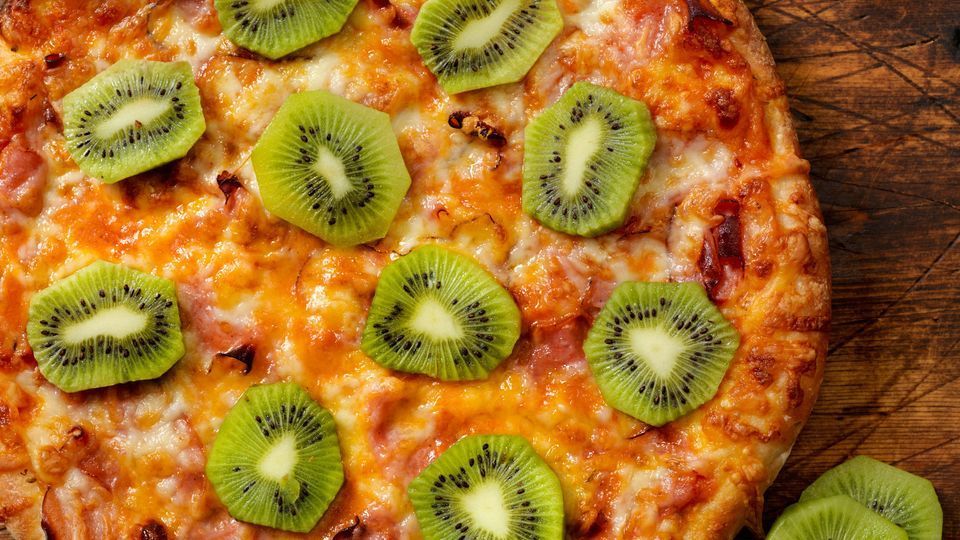 Anything sweet
While sweet and salty or sweet and spicy can be AMAZING, adding sweetness when you’ve already got saltiness, spiciness, and umami going on in all those toppings will just make your tongue ask: WTF? But what about pizzas that are just sweet? You know the kind: pizzas topped with chocolate spread, strawberries, or syrup. They don’t taste bad, but we’re of the opinion they’re better off on pancakes, flapjacks, or waffles. 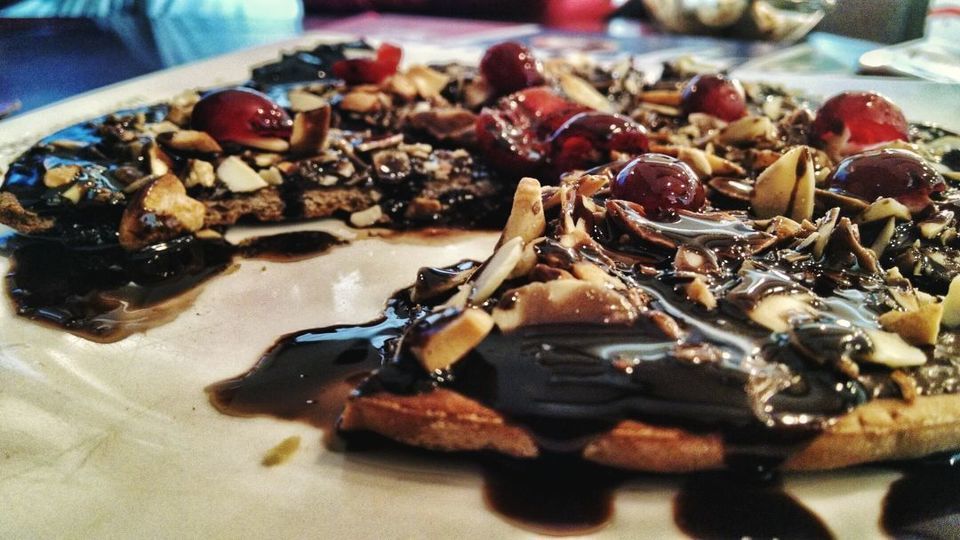 Broccoli
While we love vegetarian pizzas, there are some veggies that should stay far away from pizza. Spinach and feta? Yay! Artichokes? Yay! Butternut with rocket? Yay! Broccoli? Nay! Pizza’s not out there proclaiming to be a health food, so don’t try to force the issue with leafy greens or claim you’ve eaten your veggies for the day because you put some broccoli on your grease-soaked pizza. 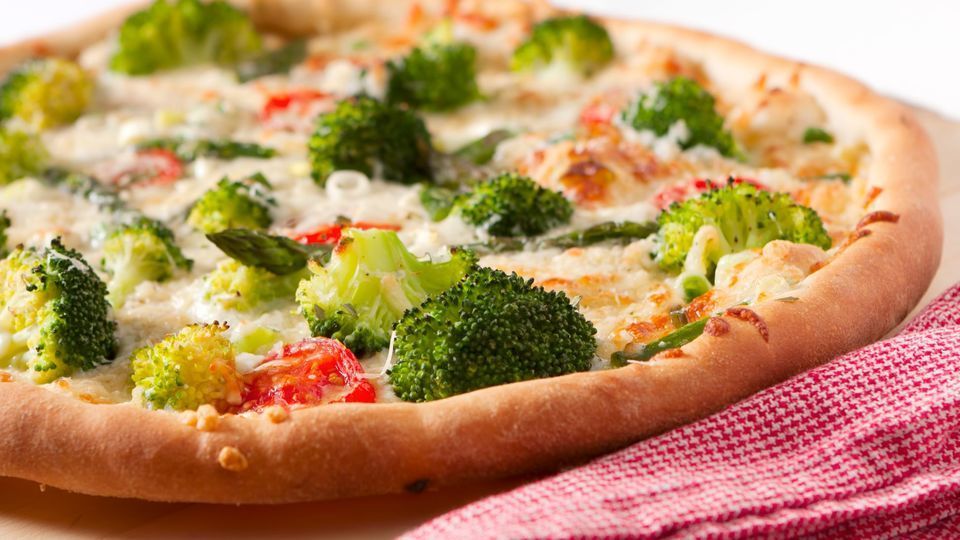 Peas
This is another green vegetable that does not belong on pizza. Ever. They’re mushy!!! Just the thought of all that mushiness mixing with all that sauce makes us want to reach for the wine to wash out the taste. 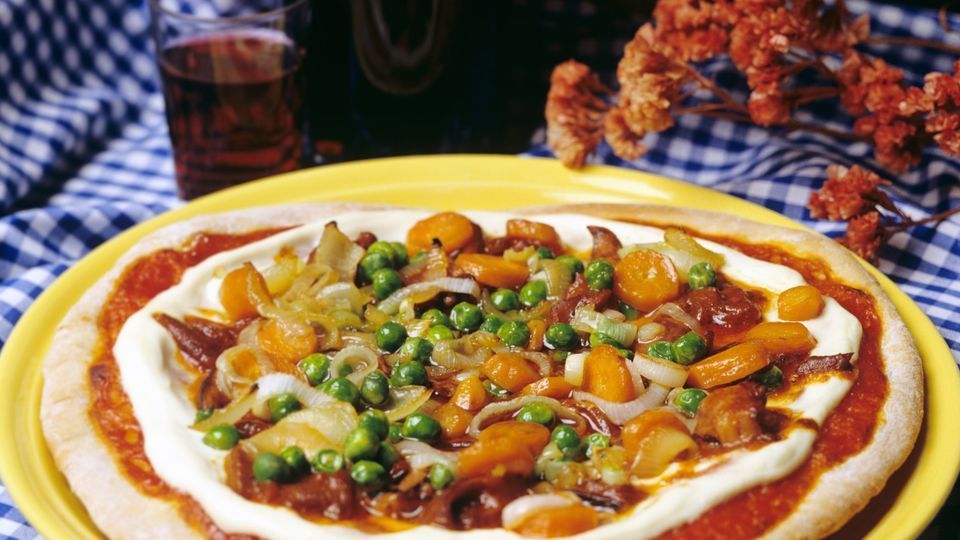 Seafood
Whether it's mussels, calamari, or sardines, adding seafood to your pizza can be as controversial as adding pineapple. While we're not big fans, like with pineapple, we think there are worse things to put on a pizza. If you are going with sardines, however, keep it minimal. They're super salty and will make you feel like you swallowed the ocean if you add too many. 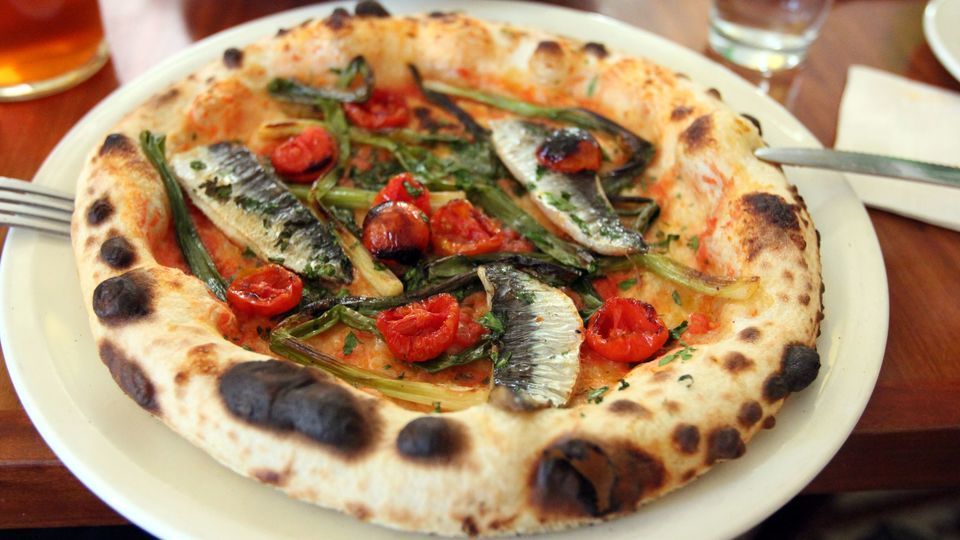 During Qiniso and Gareth’s pizza date, we polled the Twitterverse to get your opinion on bad pizza toppings. The results are pretty equal so far, with 20% against broccoli, 29.5% against kiwis, 14.3% against pineapple, and 36.2% against sardines.

What is NOT compatible with pizza? 🍕 #TheBacheloretteSA 🌹

This suggests there’s hate for all these toppings. BUT, we must also assume, there’s love for them too. After all, a broccoli-hater may be a pineapple-lover. Ultimately, it’s your pizza and your opinion and if you think pineapple belongs on pizza, go right ahead. As long as there’s a good glass of wine and great company, we’d probably eat anything anyway.

The Bachelorette SA Season 1 will be screened every Thursday at 19:30 on M-Net Channel 101. DStv Premium viewers can also tune in on Catch Up. Stream the episodes live via their mobile devices on the DStv app. Viewers can follow all the breaking news around the show on the M-Net Website and join the conversation with #TheBacheloretteSA on Twitter (@MNet), Instagram (@thebachelorettesa), and Facebook (@MNet).

The Bachelorette South Africa is produced by Rapid Blue and proudly sponsored by Lottostar. Lottostar is a fixed-odds online betting platform that offers South Africans the chance to bet and win big on the world’s biggest Lotteries, Live Games, Instant Play Games, ScratchCards & Sports Betting – with over R2,4 Billion in winnings paid out in just the last 3 years. Lottostar is licensed by the Mpumalanga Economic Regulator. No u18s. National Responsible Gambling Programme 0800 006 008. You are not playing directly in these lotteries but rather betting on the outcome or result of such lotteries.