News
19 June 2015
Looking at the spoofs behind the spy.
Subscribe To Watch

As a spoof, Austin Powers merrily begs, borrows and steals from other movies in order to send them up, gleaning much of its material from the spy genre, particularly a spy we know quite well as Bond. James Bond.

From costumes and cars to villains and vixens, we take a look at some of the parody the movies employ. If you’re a James Bond fanatic, you may already have picked up on many of these, but it’s always fun to take another look.

In the Bond movies of the '60s, '70s and '80s, Bond was often pitted against Ernst Stavro Blofeld. In the Austin Powers' trilogy, Mike Myers takes on the role of the super-spy, as well as his arch-nemesis Dr. Evil. The latter is heavily based on Blofeld. The first time we meet Dr. Evil he is stroking his cat Mr. Bigglesworth, a comical tribute to Blofeld’s first appearance, which was in From Russia with Love.

The character caricatures don’t end there. In addition to Blofeld, there are parodies of regular characters from the Bond franchise. Basil Exposition is based on M, the Head of the Secret Intelligence Service. Back on the villainous side of things is Frau Farbissina who was inspired by From Russia With Love’s Rosa Klebb and Irma Blunt from On Her Majesty's Secret Service.

Random Task, who ineffectually throws a shoe at Austin, is almost a carbon copy of Oddjob in Goldfinger, except that the latter throws a hat instead of a shoe. Dr. Evil’s right-hand man Number 2 is based on Emilio Largo from Thunderball. 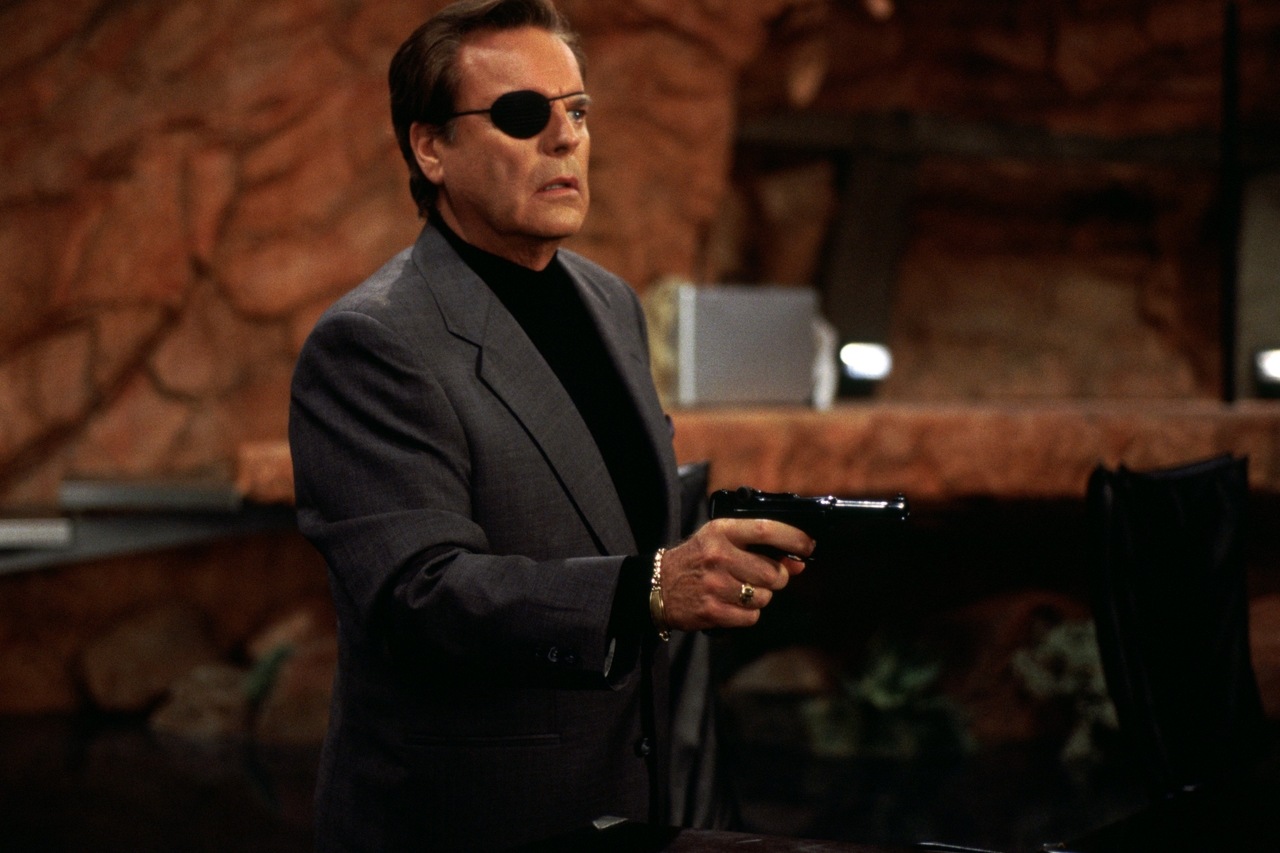 Austin Powers: The Spy Who Shagged Me

One of the best Bond moments is undoubtedly from Dr. No when Honey Ryder emerges from the ocean in her bikini. It was spoofed to hysterical effect in the first Austin sequel when Felicity Shagwell and the hairy-chested Austin emerged from the water on Dr. Evil’s island – both wearing bikinis. The evil lair in the island’s volcano is a nod to Blofeld’s in You Only Live Twice. 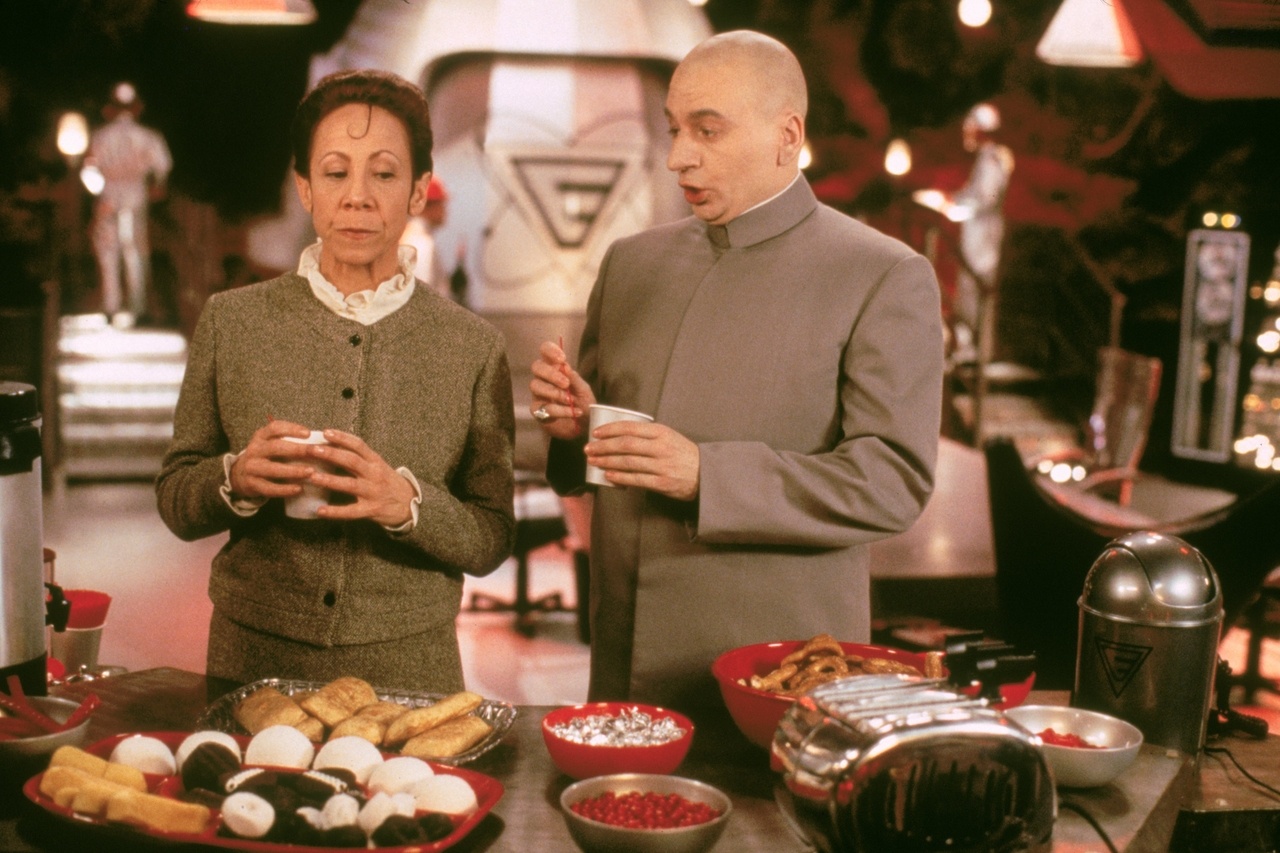 The Spy Who Shagged Me spoofs the title of the Bond movie, The Spy Who Loved Me. Goldmember does the same, paying a naughty tribute to Goldfinger.

One of the most popular Bond movies, a famous scene involves the villain of the title strapping Bond to a table, ready to slice him up with a deathly laser. In the second Austin sequel, the superspy's father Nigel Powers endures the same treatment at the hands of Dr. Evil.

Bond has always been famous for his cars, so the creators of the Austin movies did not hesitate to reference these as well. In Goldmember, Austin’s Shaguar has a bulletproof shield that rises from the back just like Bond’s Aston Martin DB5 in Goldfinger and Thunderball. It also turns into a submarine like Bond’s Lotus Espirit in The Spy Who Loved Me. 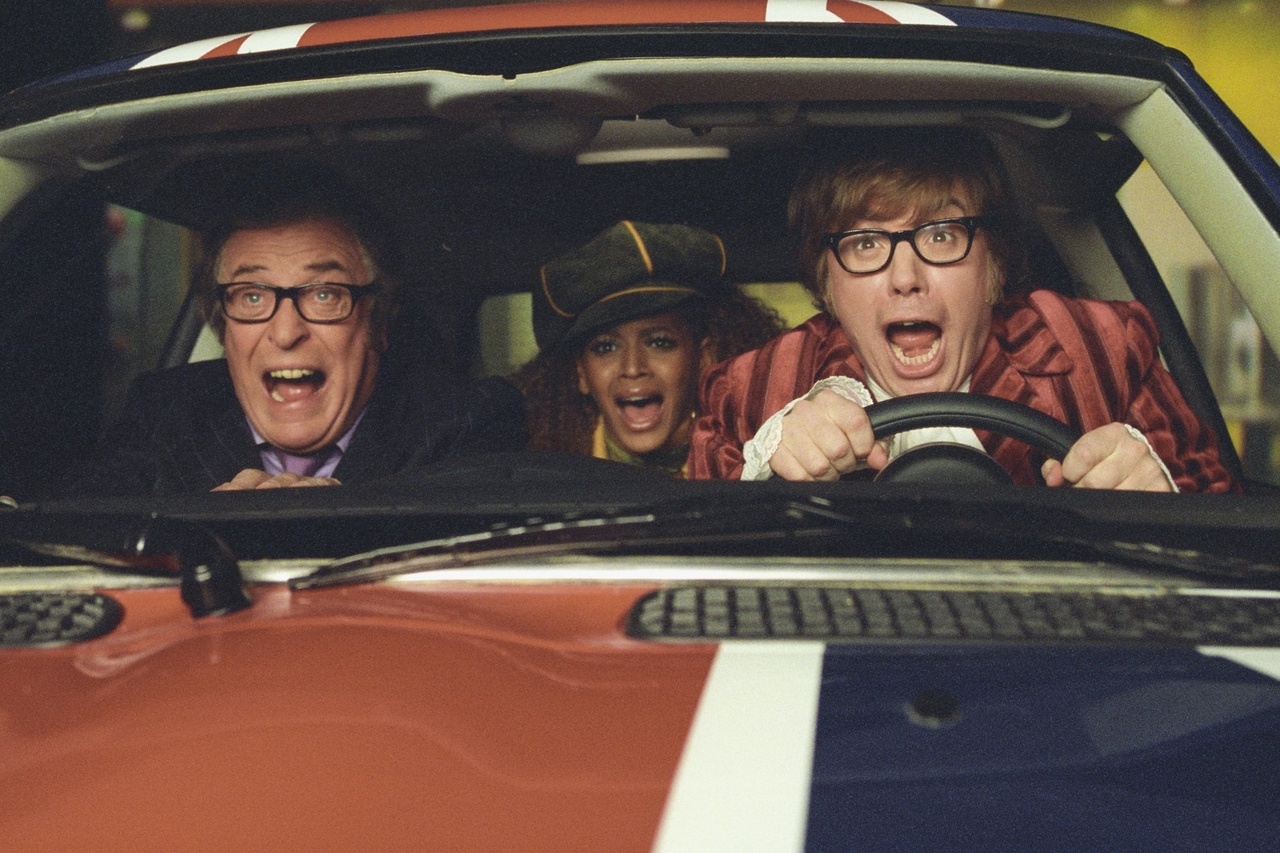 Which of these spoofed moments is your favourite? Do you enjoy the lines lifted directly from the Bond movies or the replicated costumes? Like choosing your favourite Bond, it may be a little difficult to decide.

News
City Power: Why Repairs Take So Long - And Why It'll Get Worse
Data analyst Michael O'Donovan sets out the various challenges City Power and the City of Johannesburg face - and how those challenges will have a direct impact on residents and their pockets.
Video
Power play
𝗧𝗵𝗶𝘀 𝘀𝘁𝗼𝗿𝘆 𝗼𝗿𝗶𝗴𝗶𝗻𝗮𝗹𝗹𝘆 𝗮𝗶𝗿𝗲𝗱 𝗼𝗻 𝟲 𝗙𝗲𝗯𝗿𝘂𝗮𝗿𝘆 𝟮𝟬𝟮𝟮. Loadshedding is back on the schedule this weekend for electricity users who rely on Eskom – a strong argument in favour of becoming self-reliant. After being licenced to set up their own infrastructure, a group of farmers has successfully operated a 320 km power distribution network, dubbed Damplaas Kragbron, for more than 40 years. Now, the system is under threat as the South African Local Government Association (SALGA) has launched a court battle to wrest control of the system and place it in the hands of the local – and failing – municipality. What’s driving the sudden interest in Damplaas, as what’s at stake for the farmers and their thousands of workers if SALGA wins the day?
Video
'Power and love' – Inconceivable
James Bishop might be married to a very powerful woman, but he is not playing second fiddle. Langley Kirkwood introduces us to his #InconceivableSA character.
Video
'Power Couple' – Inconceivable
Sisanda Henna and Refilwe Madumo give us a glimpse of their characters.