It's binge season all year round

News
11 March 2021
All your favourite shows on Showmax.
Subscribe To Watch

Who says you can't watch your favourite shows, on repeat and whenever you want to? It's binge season all year round with Showmax!

Here are some shows you may have missed on M-Net, now available on Showmax for your viewing pleasure.

This series follows the Acosta family, whose children have to navigate life’s daily struggles after their parents are deported to Mexico. Until they find a way to get their parents back in the country, these five will have to find a way to make it on their own

An exciting re-make of the popular '90s series. 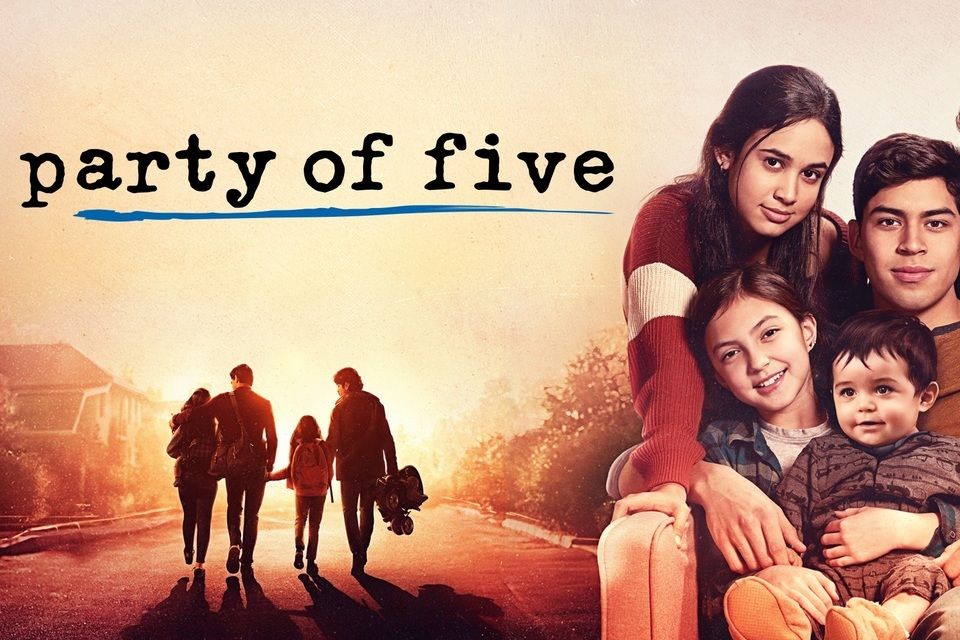 Stream Party of Five on Showmax.

A comedy-action series starring none other than Tinseltown's 'it' girls Gabriel Union and Jessica Alba. It is a spinoff of the Bad Boys franchise, just without the boys. Gabriel plays Special Agent/Detective Lieutenant Sydney "Syd" Burnett (sister of Marcus Burnett from Bad Boys) an ex-DEA agent, transferred to the LAPD. Jessica is Nancy McKenna, Syd’s new partner who secretly happens to be a former career criminal.

Drama, comedy and music all wrapped in one. Zoey, a young woman, discovers that she can hear people’s innermost thoughts around her as songs and musical numbers.

A small-screen hit! This comedy series follows the lives of the employees of a big box store. Remember Ugly Betty? America Ferrera not only produces the show but also stars as Amelia Sosa, a Honduran American Cloud 9 employee who always wears a different name tag because she does not like strangers using her real name.

You're about to be spoilt for choice, what are you watching first?

Video
When it’s your time – Survivor SA
The eight person voted out reflects on playing the game a second time round, making big moves and being instrumental.
Video
[FROM THE ARCHIVES] Midwife Misery
𝗧𝗵𝗶𝘀 𝘀𝘁𝗼𝗿𝘆 𝗼𝗿𝗶𝗴𝗶𝗻𝗮𝗹𝗹𝘆 𝗮𝗶𝗿𝗲𝗱 𝗼𝗻 𝟭𝟴 𝗔𝗽𝗿𝗶𝗹 𝟮𝟬𝟮𝟭. 𝘜𝘗𝘋𝘈𝘛𝘌: 𝘍𝘰𝘭𝘭𝘰𝘸𝘪𝘯𝘨 𝘰𝘶𝘳 𝘤𝘰𝘷𝘦𝘳𝘢𝘨𝘦, 𝘠𝘰𝘭𝘢𝘯𝘥𝘦 𝘔𝘢𝘳𝘪𝘵𝘻 𝘸𝘢𝘴 𝘧𝘰𝘶𝘯𝘥 𝘨𝘶𝘪𝘭𝘵𝘺 𝘪𝘯 𝘧𝘪𝘷𝘦 𝘴𝘦𝘱𝘢𝘳𝘢𝘵𝘦 𝘤𝘢𝘴𝘦𝘴 𝘣𝘳𝘰𝘶𝘨𝘩𝘵 𝘣𝘦𝘧𝘰𝘳𝘦 𝘵𝘩𝘦 𝘗𝘳𝘰𝘧𝘦𝘴𝘴𝘪𝘰𝘯𝘢𝘭 𝘊𝘰𝘯𝘥𝘶𝘤𝘵 𝘊𝘰𝘮𝘮𝘪𝘵𝘵𝘦𝘦 𝘰𝘧 𝘵𝘩𝘦 𝘚𝘰𝘶𝘵𝘩 𝘈𝘧𝘳𝘪𝘤𝘢𝘯 𝘕𝘶𝘳𝘴𝘪𝘯𝘨 𝘊𝘰𝘶𝘯𝘤𝘪𝘭, 𝘢𝘯𝘥 𝘔𝘢𝘳𝘪𝘵𝘻'𝘴 𝘭𝘪𝘤𝘦𝘯𝘤𝘦 𝘸𝘢𝘴 𝘱𝘦𝘳𝘮𝘢𝘯𝘦𝘯𝘵𝘭𝘺 𝘳𝘦𝘷𝘰𝘬𝘦𝘥. Last year, we investigated the allegations made by several young mothers that the delivery of their babies at the birthing home of one of Pretoria’s foremost midwives had gone wrong. A handful of women submitted complaints to the South African Nursing Council (SANC), the government body responsible for registering midwives and assuring their qualifications. As SANC prepares to investigate and hear evidence on the professional conduct of midwife Yolande Maritz from You & Me birthing home, Carte Blanche speaks to several more women who reached out after our first exposé in October. While Maritz steadfastly denies all adverse claims against her practice and conduct, we ask what led to the birth injuries and deaths of these babies. Your favourite episodes are now available on Carte Blanche: The Podcast: https://linktr.ee/carteblanchetv
Video
Tania vs Pinty round 2 – Survivor SA
Tania tries to speak to Pinty about her behaviour and it ends up being a bigger tribal discussion around them both.
Video
Hot and deadly?
Janet is convinced that she is dying, and madam tries to reassure her that it's all in her mind.