Your Sunday night movie, The Ice Road stars Liam Neeson as a war veteran who has to lead an army of truck drivers in a dangerous icy expedition. There will be ice, there will be action, and there will be disaster! Let's look at other natural disaster movies, where elements of nature played a crucial and deadly role.

In this epic 1996 film starring Helen Hunt and Bill Paxton, we were taken into one whirlwind of a ride as our characters had to face off a vicious tornado in the state of Oklahoma. The main character Jo, a meteorologist played by Helen Hunt, returns to her hometown to investigate the deadly tornado, and when it hits the town she is caught up in a game of survival. The scenes were hard-hitting, the special effects praised, and Hunt and Paxton had perfect chemistry. 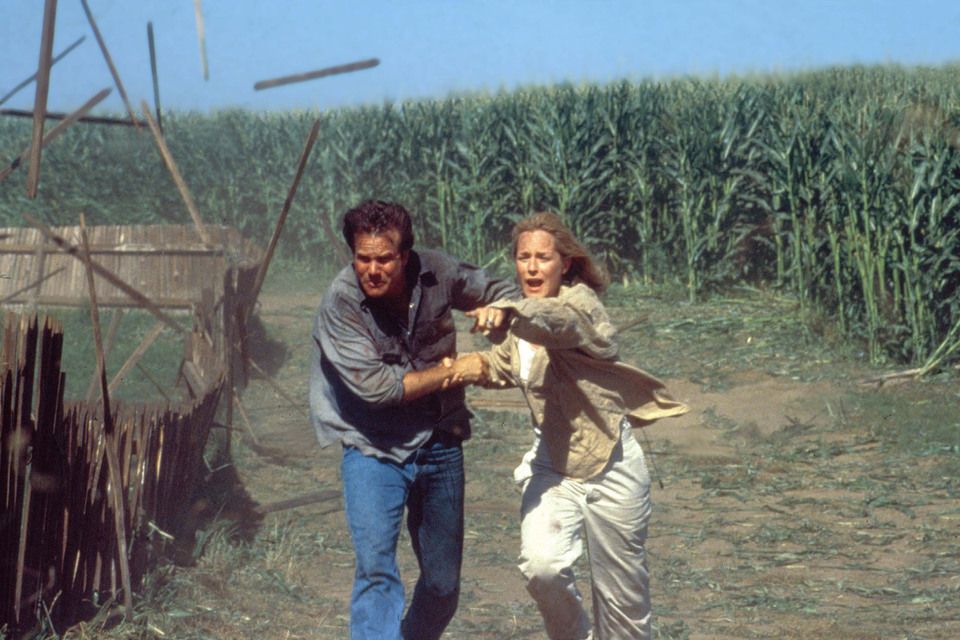 Pierce Brosnan starred as volcanologist Harry Dalton in this thrilling, action-packed 1997 film. Harry Dalton heads off to a town called Dante's Peak to investigate seismic activity and, you guessed it, he's faced with an erupting volcano that is devouring the town. The movie was action-packed from beginning to end, the volcanic disaster scenes were incredible, and it's rated as one of the coolest disaster movies. 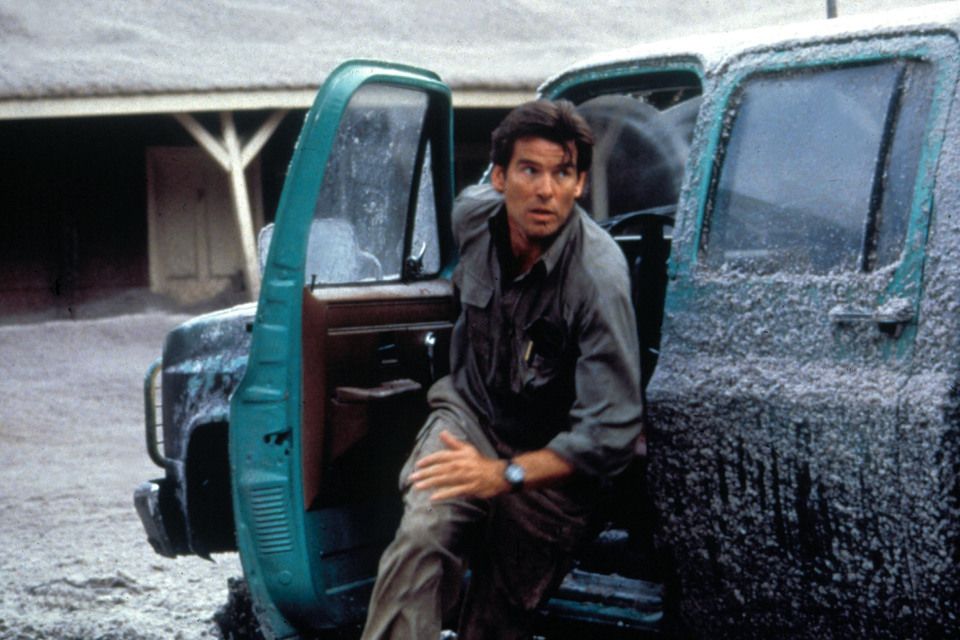 Morgan Freeman and Christian Slater drive this action-packed and nail-biting film. The movie focused on a bank heist that takes place amidst a severe rainstorm in the state of Indiana and had Freeman and Slater's characters go head-to-head. The movie had loads of rain, loads of action, and the flooding scene with Slater's character Tom was one of the movie's most memorable. 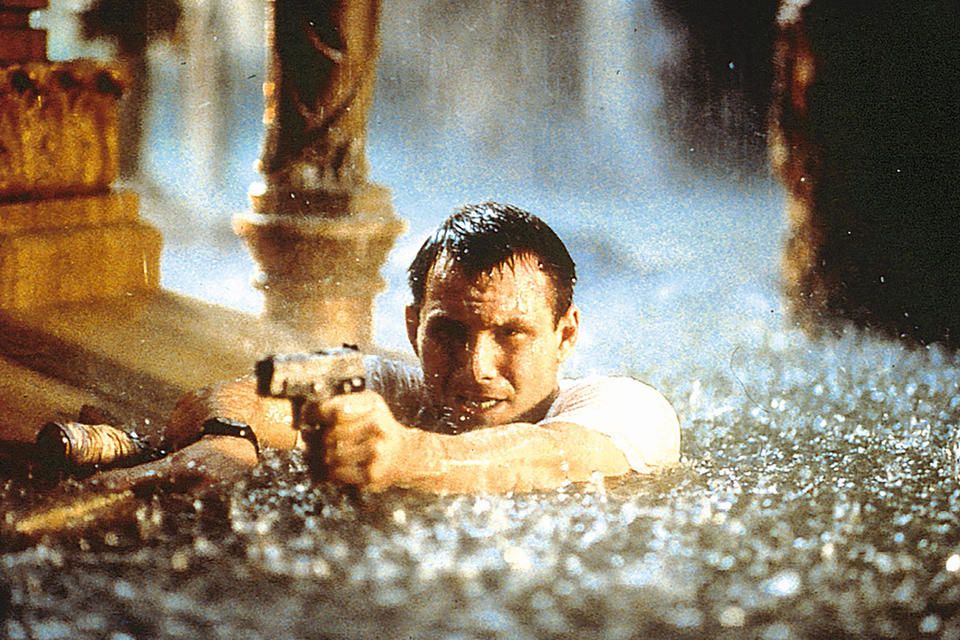 Sylvester Stalone took to the snow-cold mountains in the iconic 1993 action-thriller movie. The movie was nothing short of heartstopping as we watched a group of brave mountain climbers face dangerous enemies while trying to survive severe snow conditions and fight for their survival. Who can ever forget that epic opening scene of Cliffhanger?  We still rate it one of the best scenes to this day! 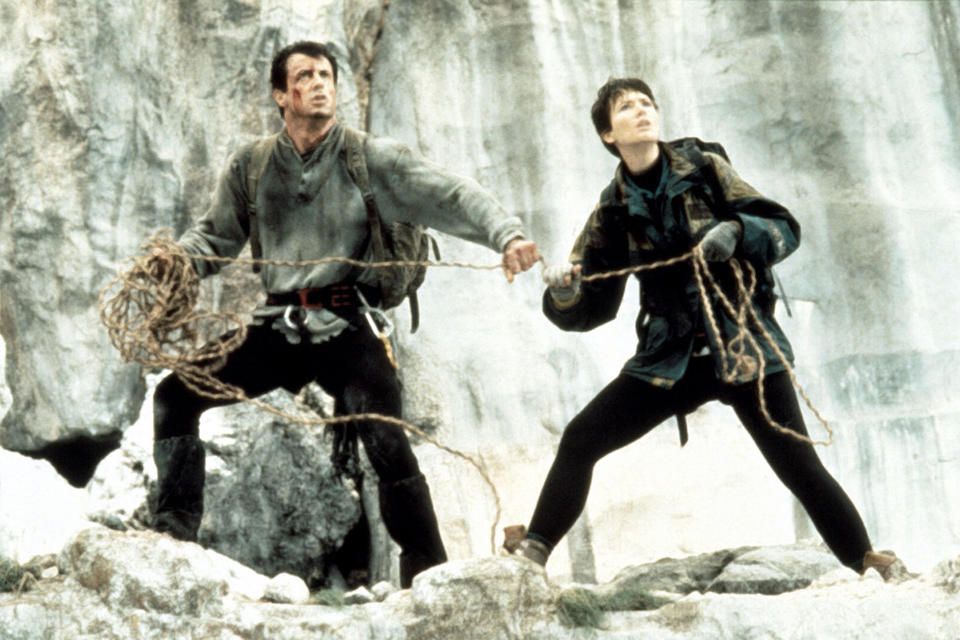 George Clooney and Mark Wahlberg took on the perfect storm in this biographical disaster movie. The movie is based on the book of the same name and sees a group of brave fishermen unite on the Andrea Gail and brave the raging seas. Along with the outstanding action and special effects, the actors were praised for portraying realistic emotional scenes. 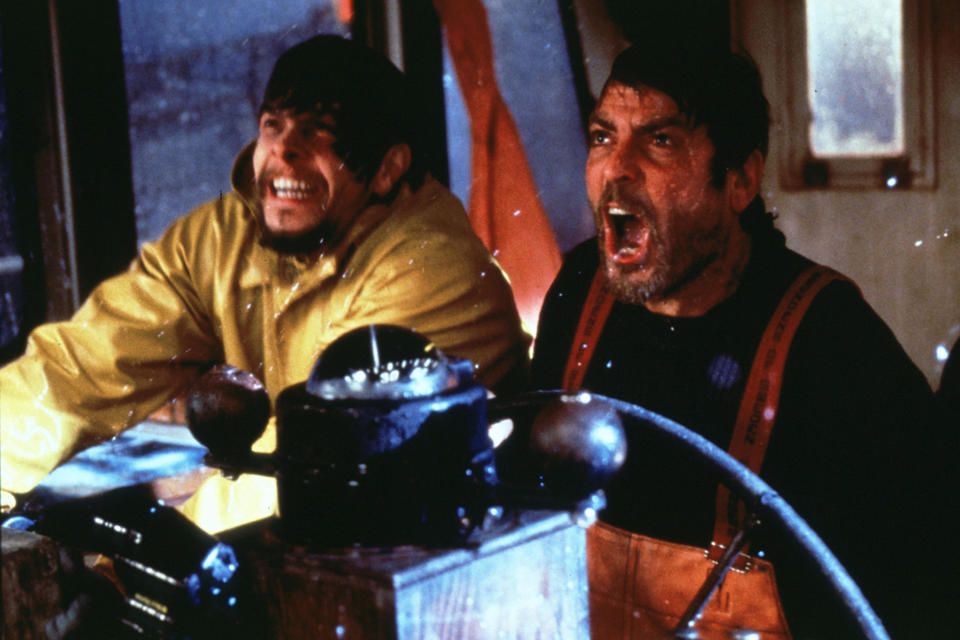 Want more disaster movies? Brave The Ice Road this Sunday at 20:05 on M-Net 101. You can find us on @mnetmovies on Twitter and @MNet on Facebook or @mnettv on Instagram.

Video
Harbouring criminals
𝗧𝗵𝗶𝘀 𝘀𝘁𝗼𝗿𝘆 𝗼𝗿𝗶𝗴𝗶𝗻𝗮𝗹𝗹𝘆 𝗮𝗶𝗿𝗲𝗱 𝗼𝗻 𝟮𝟵 𝗠𝗮𝘆 𝟮𝟬𝟮𝟮. The iconic Hout Bay harbour – top of the itinerary for many visitors to Cape Town, if only for the best serving of snoek and chips in the country – is being torn apart by copper thieves, tik addicts, vandals, and opportunistic criminals. Why is the Department of Public Works and the Harbour Master doing almost nothing to change the fortunes of the once-thriving harbour? What could have been a hub of economic progress for the communities that depend on the infrastructure of the harbour is fast becoming a no man’s land, stripped bare of anything that could earn pilferers quick cash.
Video
KZN floods: The aftermath
This past week, Macfarlane Moleli visited a flood-ravaged Reservoir Hills in KwaZulu-Natal. Cars, personal belongings, and remnants of people's homes served as a heartbreaking reminder that families used to live here.
Video
Deluge of dysfunction
𝗧𝗵𝗶𝘀 𝘀𝘁𝗼𝗿𝘆 𝗼𝗿𝗶𝗴𝗶𝗻𝗮𝗹𝗹𝘆 𝗮𝗶𝗿𝗲𝗱 𝗼𝗻 𝟭 𝗠𝗮𝘆 𝟮𝟬𝟮𝟮. It was a perfect storm of poorly maintained drainage systems and a predictable, periodic deluge intensified by climate change. But this was not the first time KwaZulu-Natal suffered severe storms and flooding. So, why were early warning systems and mitigation measures not put in place to protect the people of Durban against landslides and loss of life? Carte Blanche assesses the hundreds of millions of rands in damage to roads, bridges, schools and clinics – the bitter price of an unpredictable climate and inadequate maintenance.
Video
The radical birth keeper
𝗧𝗵𝗶𝘀 𝘀𝘁𝗼𝗿𝘆 𝗼𝗿𝗶𝗴𝗶𝗻𝗮𝗹𝗹𝘆 𝗮𝗶𝗿𝗲𝗱 𝗼𝗻 𝟴 𝗠𝗮𝘆 𝟮𝟬𝟮𝟮. For some expectant parents, the opportunity to enjoy a more intimate, natural birth experience at home – supported by a trusted midwife – is sought after. And that was true of a Cape Town couple who secured the services of a “midwife” recommended to them by a local businesswoman.  But within hours of labour, and as their unborn baby went into distress, they realised the person in whom they’d placed all their trust was not what they believed her to be. And they’re not alone. Carte Blanche investigates how this self-styled “birth keeper” has so far escaped accountability.