What could be better than watching your favourite show? Watching it crossover with your other favourite show! Brooklyn Nine-Nine did it with New Girl. Full House did it with Family Matters. The Simpsons did it with 24, The X-Files, and Family Guy. Crossovers sometimes also act as backdoor pilots, introducing a spin-off show.

Across M-Net and M-Net City you’ll currently find several shows that have created spin-offs and hosted crossovers of all kinds. Check it out.

The Arrowverse
There are so many shows crossing over and into each other that it’s become an entire universe: the Arrowverse. Starting with Arrow in 2012, the universe has since expanded to include The Flash, Supergirl, Legends of Tomorrow, Black Lightning, and Batwoman. The first crossover took place in Arrow’s third season when it crossed over with The Flash’s first. There have been multiple crossovers since that first epic encounter, with the most recent being Crisis on Infinite Earths which was comprised of episodes of Arrow, The Flash, Supergirl, Legends of Tomorrow, and Batwoman. While an episode of Black Lightning doesn’t form part of the crossover, the character still appears.

The #Arrowverse is taking over your weekend! The fate of the earth lies in the hands of our fearless superheroes. Don't miss the incredible DC's Crisis on Infinite Earths crossover event. #MNetCity#Supergirl#Batwoman#TheFlash#Arrow
DC's #LegendsOfTomorrow pic.twitter.com/Ug38FWLDV2

It also features Tom Welling as Clark Kent (remember: he played the character in Smallville from 2001 until 2011), Tom Ellis as Lucifer (he currently still plays the character in Lucifer), and Brandon Routh as Superman, because even though he played a different character in the Arrowverse … well, he did also play Superman in 2006’s Superman Returns. Now that’s what we call an infinite crossover! 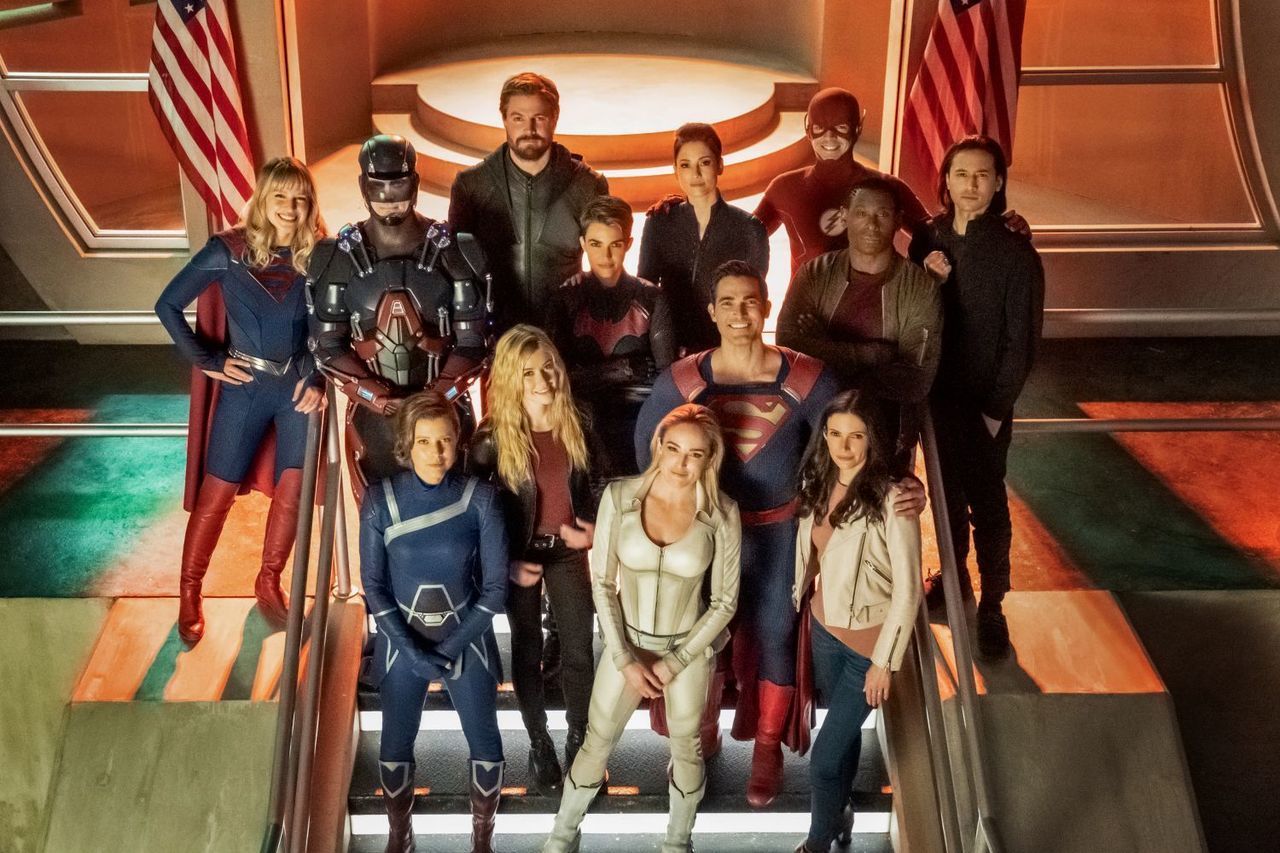 Behind the scenes of Arrowverse - Crisis on Infinite Earths

Join M-Net City channel 115 for Superhero Saturdays every Saturday:
18:20 Supergirl season 5
19:10 Batwoman season 1
20:00 The Flash season 6
20:50 Arrow season 8
21:40 DC’s Legends of Tomorrow season 5
With Doom Patrol characters also making a cameo in Crisis on Infinite Earths, you may have to keep an eye on this series too. Season 1 airs Thursdays at 21:40 on M-Net City.

The Chicago Shows and FBI
Chicago fans are familiar with the crossovers that Fire, P.D, and Med have made with each other, but did you know the franchise has also crossed over with FBI? In the nineteenth episode of the second season (titled Emotional Rescue) a character from Chicago P.D. appears in FBI. We won’t tell you who! Check it out soon on M-Net channel 101. 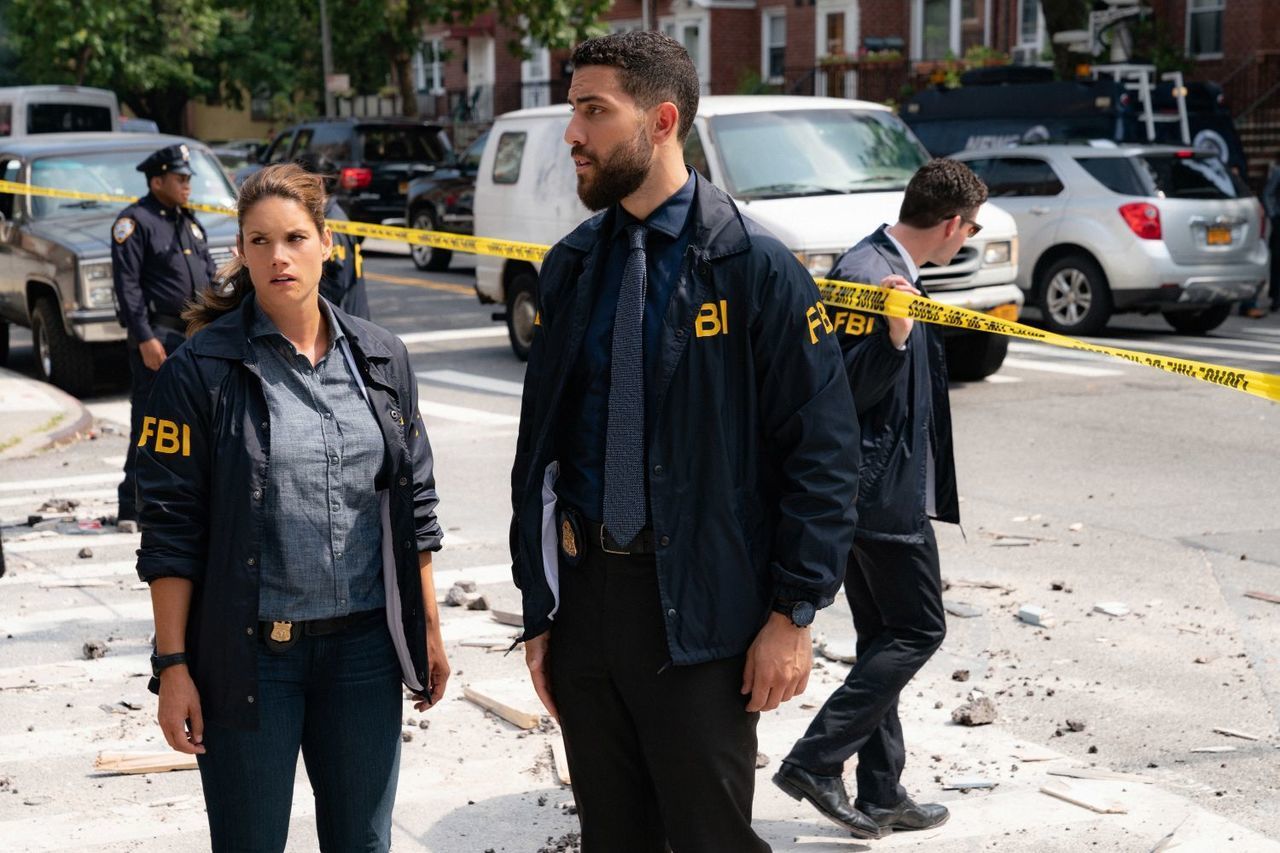 Hawaii Five-0, NCIS: Los Angeles, MacGyver, and Magnum P.I.
Given that Hawaii-Five 0 and Magnum P.I. are both set in Hawaii it was written in the stars (or should that be sand?) that these two shows would crossover sooner or later. Several Hawaii Five-0 characters – such as Kamekona, Noelani, and Flippa – feature regularly on Magnum P.I., but a big case crossover finally happened in H50’s final season and Magnum’s second. It’s coming up on M-Net soon, so be sure to stay tuned. 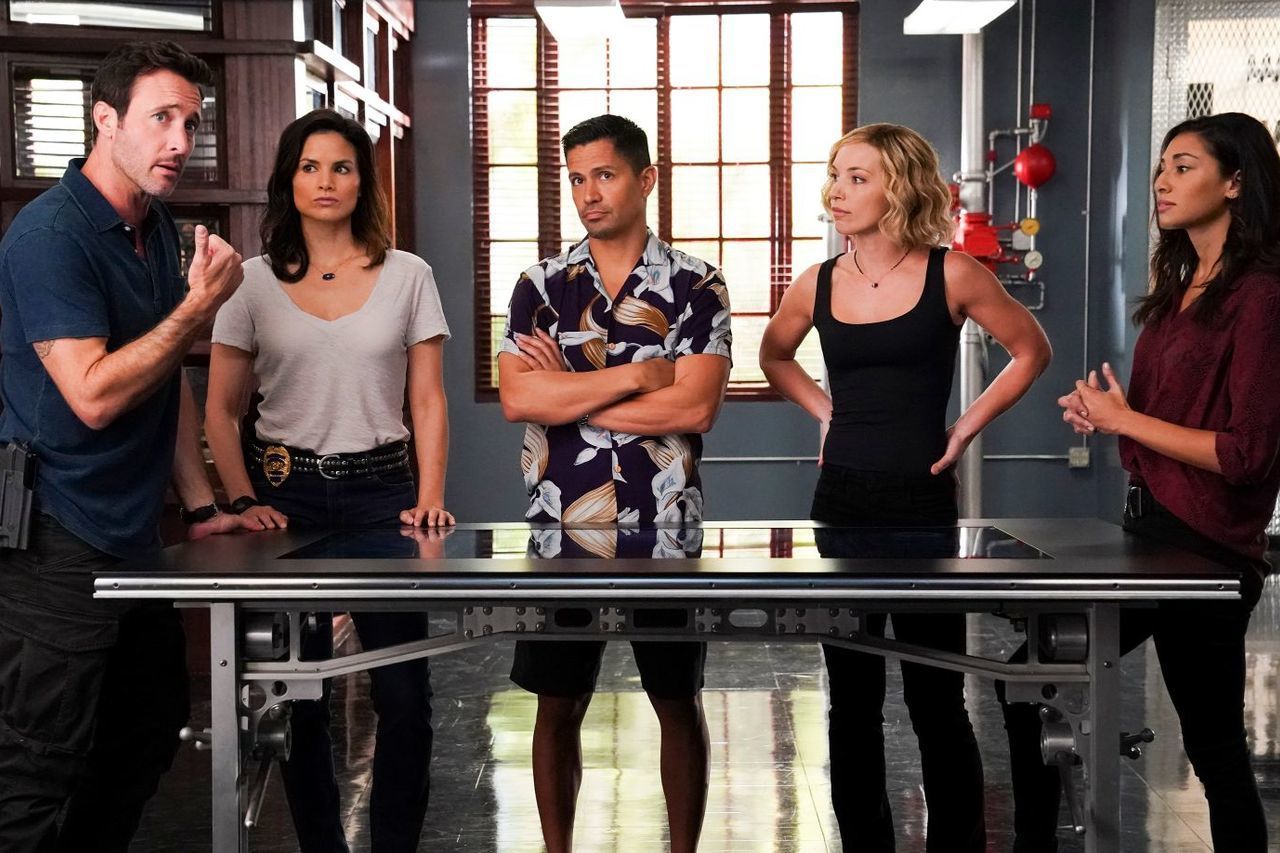 Besides Magnum P.I., Hawaii Five-0 has also crossed over with MacGyver and NCIS: Los Angeles. Although it’s a spin-off of NCIS, the LA version has never crossed over with its predecessor. NCIS: LA has, however, featured a character from JAG, which is the show that started it all. In 2003, towards the end of its run, JAG introduced NCIS in a backdoor pilot, and so the NCIS franchise was born. 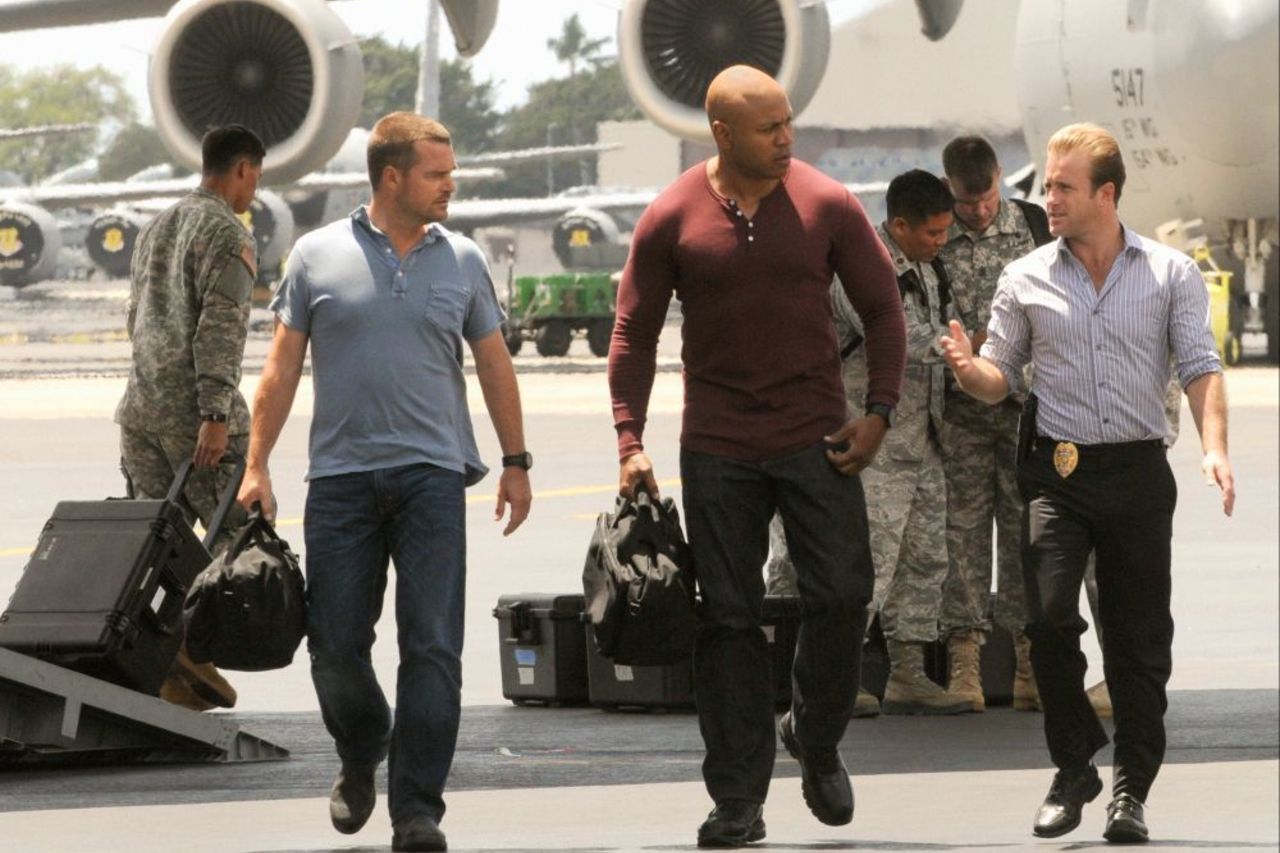 Riverdale and Katy Keene
Archie Comics features more than just Archie, Veronica, Betty, and Jughead. There’s also Cheryl Blossom, Josie, Sabrina, Li’l Jinx, and Katy Keene. Similarly, there’s more to the Archieverse than the show Riverdale and its Archie regulars. For one thing, Riverdale includes Cheryl and Josie; and even though Sabrina has never interacted with any of Riverdale’s characters, the town is referenced and the witchy teen even goes there in a season 3 episode of Chilling Adventures of Sabrina. There’s also another series inspired by Archie Comics’ characters coming your way soon: Katy Keene. The fashionable show focuses on fashionista Katy Keene and starring right alongside her is Riverdale’s Josie McCoy. While Josie is a permanent crossover, there will be pop-in appearances from other Riverdale characters. 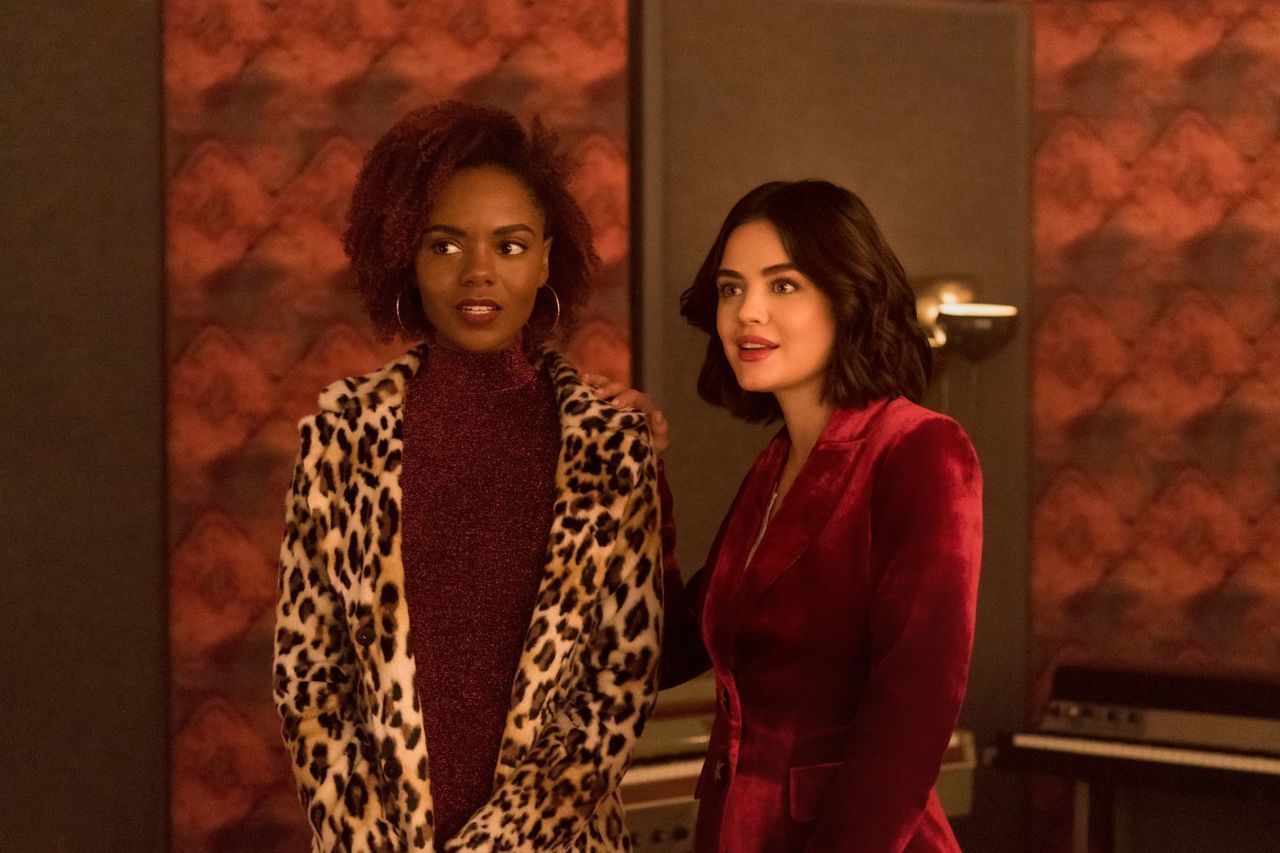 Supernatural and Scooby-Doo
Both these shows feature characters that investigate the supernatural, so what could have stopped these two natural companions from crossing over? Well, for starters: one is an animated show and the other is live-action. But that didn’t stop them! And the result was this epic crossover called Scoobynatural that not only featured the animated characters from the popular cartoon, but also gave us animated versions of Sam, Dean, and Castiel. 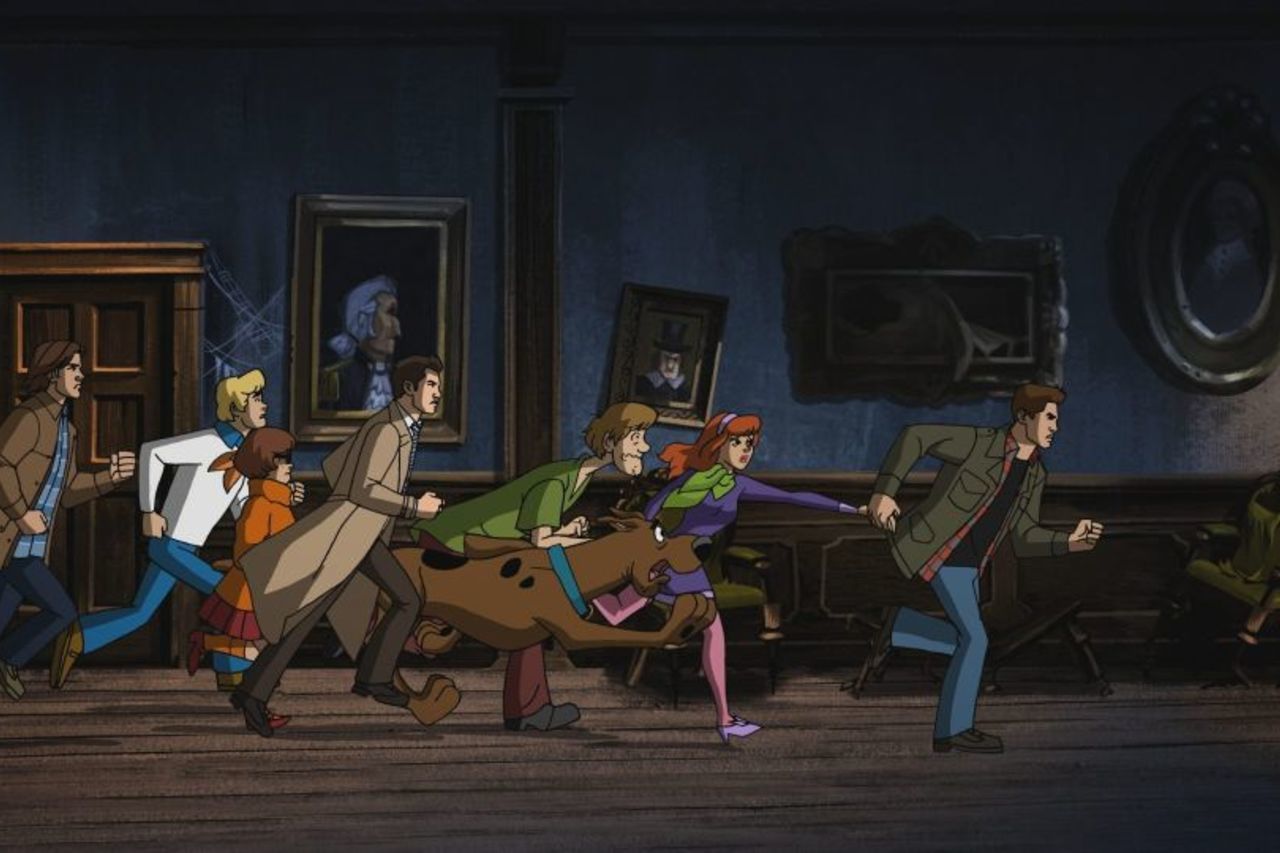 Supernatural crosses over with Scoody-Doo

Video
Vapes for breakfast
𝗧𝗵𝗶𝘀 𝘀𝘁𝗼𝗿𝘆 𝗼𝗿𝗶𝗴𝗶𝗻𝗮𝗹𝗹𝘆 𝗮𝗶𝗿𝗲𝗱 𝗼𝗻 𝟮𝟳 𝗡𝗼𝘃𝗲𝗺𝗯𝗲𝗿 𝟮𝟬𝟮𝟮. Hailed as a harm reduction strategy for smokers, vaping has now morphed into a runaway craze among teenagers. With flavours like bubble gum, toffee crunch, and berry blaze, it’s clear that vapes increasingly target the youth. But flirting with vapes has turned into an addiction for some, with experts forecasting that those who start using nicotine at a young age have greater nicotine dependence than those who start later. As even a tiny amount of nicotine has a substantive impact on the teenage brain, Carte Blanche probes the latest research showing three in ten school children reaching for their e-cigarettes within an hour of waking up. While the booming vaping market is not regulated in South Africa, will a law aiming to tax e-cigarettes and related products nip this worrying trend in the bud. Your favourite episodes are now available on Carte Blanche: The Podcast: https://bit.ly/PodcastCB
News
The Witching Hour is upon us – Riverdale
Time to crossover.
News
Island Style
Dressed for island success!
Gallery
Island Style - Hawaii Five-0 and Magnum P.I.
Island style in Hawaii-set shows Hawaii Five-0 and Magnum P.I.