News
28 November 2010
Carte Blanche’s ‘Making a Difference’ campaign has raised over R74-million with the help of viewers and corporate sponsors. The campaign is largely known for equipment donated to paediatric surgery and intensive care units in several state academic hospitals. But we also assist certain child welfare organisations. We bring you an update on the Johannesburg Parent and Child Counselling Centre’s project in the North-West Province.
Subscribe To Watch

In 2008, we brought you the plight of the children of Schaumburg, an informal settlement at Hartebeespoort in the North West Province. Many children around here come from child headed households, such as Ditebogo and his two brothers, abandoned by their mother. And Nthabiseng and her sister, Lerato, whose parents died of HIV/Aids.

[Carte Blanche 14 September 2008] Ntahbiseng: "Take care of us and love us as their own children."

These children touched the hearts of viewers, and donations came pouring in after the show. There were also offers to take in the two sisters, says JPCCC director, Jacqui Michael.

That's not the only good news the organisation received.

[Carte Blanche 07 December 2008] Jacqui: 'We had asked for one container for a preschool. We have received six.'

Three containers were donated directly to the JPCCC. The Carte Blanche Making A Difference Trust then used half-a-million rand from viewers to create a comprehensive pre-school. Nadia Evans 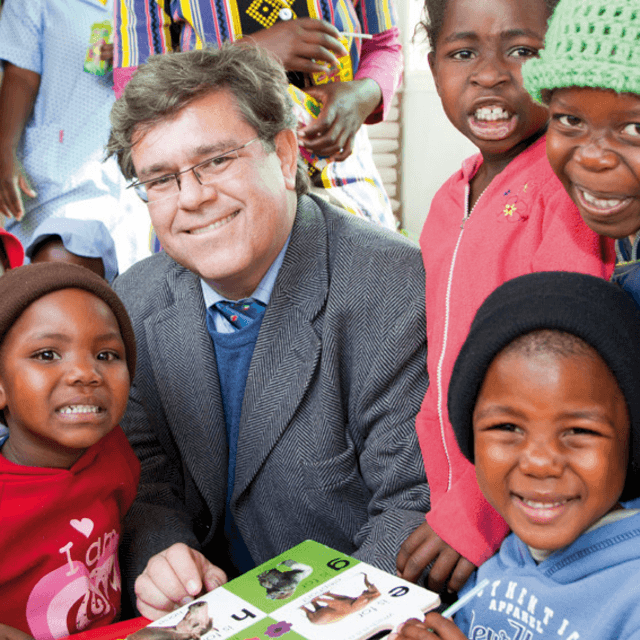 Nadia Evan: 'So, what Carte Blanche did here, with Making A Difference and Casper was re-fitted everything because it came as just a shell of a container.'

This allowed the organisation to exceed its dream of accommodating 40 children. The pre-school now houses 75 young learners. Nicholas Jaff of the Bright Kids Foundation along with the Coca Cola Foundation, donated a shipping container directly to the organisation. It's been remodeled into a classroom, called an Edu-tainer.

Nicolas Jaff (Chairperson: The Bright Kid Foundation): 'I mean the containers are steel units, they can be stacked seven high, these can last 35-40 years, there's minimal maintenance required. The unit can be reused, picked up and taken to where it's needed.'

Carte Blanche also donated another two containers - one is used as an ablution block and the other, a counselling centre and offices. Before these containers were delivered to the site, foundations were laid and water and electricity set up. Casper van Rensburg, from Harties Builders, ensured that the environment was transformed into a comfortable space for the children and social workers such as Helen Mahlase.

Helen Mahlase (Social worker): 'After Carte Blanche came here we made a huge difference to them. I mean, they have a place to play. It's a safe place. When their parents go to work, they know where their kids are. '

Mahlase is enjoying her new office, a far cry from the small space she once shared with three others. 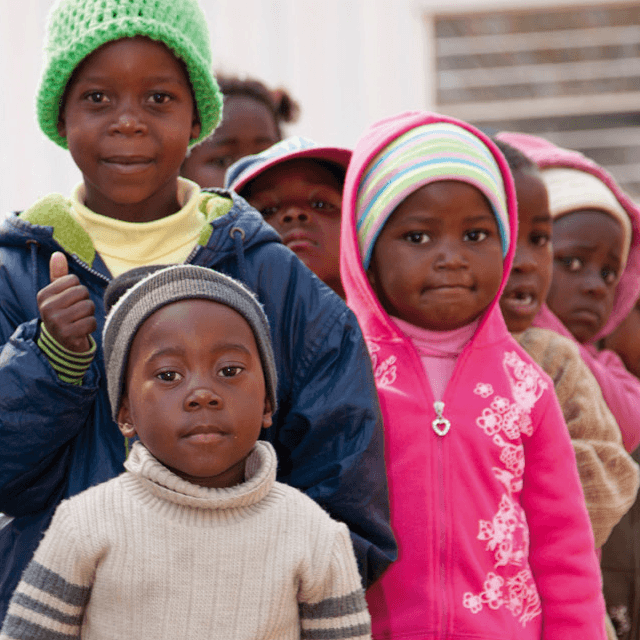 Helen: 'We used to have only one room for counselling, but now we having, at least we have two counselling rooms. The office made our work more professional.'

Thanks to her efforts, Ditebogo, Lebogang and Moeketsi have been reunited with their mother.

Helen: 'The three boys are now living in Limpopo with their biological mother and they are happy there.'

And Nthabiseng and Lerato are to be sent to their extended family in Kroonstad.

Jacqui: 'I don't think we can begin to say how grateful and how indebted we are to the Carte Blanche Trust and the Making A Difference campaign for the difference you have made in the lives of hundreds of children in this Schaumberg area that we find ourselves in. So we thank you for everything you've done to make a difference to hundreds of children and families so thank you to everybody.'

Video
Kannaland’s civic convicts
𝗧𝗵𝗶𝘀 𝘀𝘁𝗼𝗿𝘆 𝗼𝗿𝗶𝗴𝗶𝗻𝗮𝗹𝗹𝘆 𝗮𝗶𝗿𝗲𝗱 𝗼𝗻 𝟭𝟱 𝗝𝗮𝗻𝘂𝗮𝗿𝘆 𝟮𝟬𝟮𝟯. It’s a collection of dusty Karoo hamlets known for their picturesque beauty. But, as in many small towns around the country, the Kannaland Municipality is failing its residents. More shocking than the non-delivery of basic services is that the municipality is being run by convicted criminals. The halls of its municipal buildings are walked by two convicted child rapists and a fraudster, all wielding significant influence. Yes, Kannaland’s new Mayor, Deputy Mayor and Municipal Manager are all men with questionable pasts, their criminal records no hindrance to high office. Carte Blanche investigates. Your favourite episodes are now available on Carte Blanche: The Podcast: https://bit.ly/PodcastCB
Video
Decades of war
𝗧𝗵𝗶𝘀 𝘀𝘁𝗼𝗿𝘆 𝗼𝗿𝗶𝗴𝗶𝗻𝗮𝗹𝗹𝘆 𝗮𝗶𝗿𝗲𝗱 𝗼𝗻 𝟭𝟭 𝗗𝗲𝗰𝗲𝗺𝗯𝗲𝗿 𝟮𝟬𝟮𝟮. A decades-long war has turned innocent children into child soldiers. Not in the DRC or Sudan, but in Majola, Port St. Johns. Groomed to defend their homes and avenge loved ones lost in the terror, childhood friends and relatives have become sworn enemies. Homes have been torched, people hacked to pieces with pangas. Now, sleeping in the forests and mountains has become the norm for these Eastern Cape children, security and warm bed foreign concepts as they trek to safety under the cover of darkness. Carte Blanche investigates what lies behind this 50-year war between a cluster of villages… with no end in sight. Your favourite episodes are now available on Carte Blanche: The Podcast: https://bit.ly/PodcastCB
Video
A helping hand at Tygerberg
𝗧𝗵𝗶𝘀 𝘀𝘁𝗼𝗿𝘆 𝗼𝗿𝗶𝗴𝗶𝗻𝗮𝗹𝗹𝘆 𝗮𝗶𝗿𝗲𝗱 𝗼𝗻 𝟮𝟳 𝗡𝗼𝘃𝗲𝗺𝗯𝗲𝗿 𝟮𝟬𝟮𝟮. The Carte Blanche Making A Difference Trust has handed over the first phases of a Neonatal Unit and a Paediatric Intensive Care Unit at Tygerberg Hospital in the Western Cape. The two phases constitute the construction and equipping of a Cardiothoracic ICU and an Isolation ICU. Tygerberg hospital attends to over half of the most critically ill children in the Western Cape, and, thanks to the generosity of numerous donors, the Trust has additionally ordered a child-friendly ultrasound machine to assist in the visualisation of the placement of intravenous lines. Among other significant benefits, the specialised surgical instrumentation purchased by the Trust for the new units has enabled the reinstatement of cardiothoracic surgical services at the hospital. Your favourite episodes are now available on Carte Blanche: The Podcast: https://bit.ly/PodcastCB
Video
Co-parenting with strangers
𝗧𝗵𝗶𝘀 𝘀𝘁𝗼𝗿𝘆 𝗼𝗿𝗶𝗴𝗶𝗻𝗮𝗹𝗹𝘆 𝗮𝗶𝗿𝗲𝗱 𝗼𝗻 𝟲 𝗡𝗼𝘃𝗲𝗺𝗯𝗲𝗿 𝟮𝟬𝟮𝟮. It’s the very latest in digital matchmaking and child-rearing. Those who are single or not cut out for the old-fashioned father, mother and two and a half children template, might still want to have a baby and experience the rich joys of parenting. Could digital matching apps offer the solution? These are unconventional parenting setups – without romance or the complication of living together. Carte Blanche meets parents who swiped right on a stranger who they believe can help them create the ideal environment for raising a child. Your favourite episodes are now available on Carte Blanche: The Podcast: https://bit.ly/PodcastCB