News
29 November 2009
Christmas is almost upon us and the Carte Blanche Making a Difference campaign is trying to ensure it is memorable for children. We’ve already donated millions of rands worth of equipment to the paediatric units of selected State hospitals. Here’s an update on how our charities have benefited from the generosity of corporate sponsors and Carte Blanche viewers.
Subscribe To Watch

It was a little over a year ago that Jo'burg Child Welfare was asked to submit a wish list to the Carte Blanche Making A Difference Campaign. Lyn Perry is the Director.

Lyn Perry (Jo'burg Child Welfare): 'It was a little bit embarrassing to submit and the most amazing thing is that on that wish list almost every single item has in fact been provided by The Making A Difference Trust.' 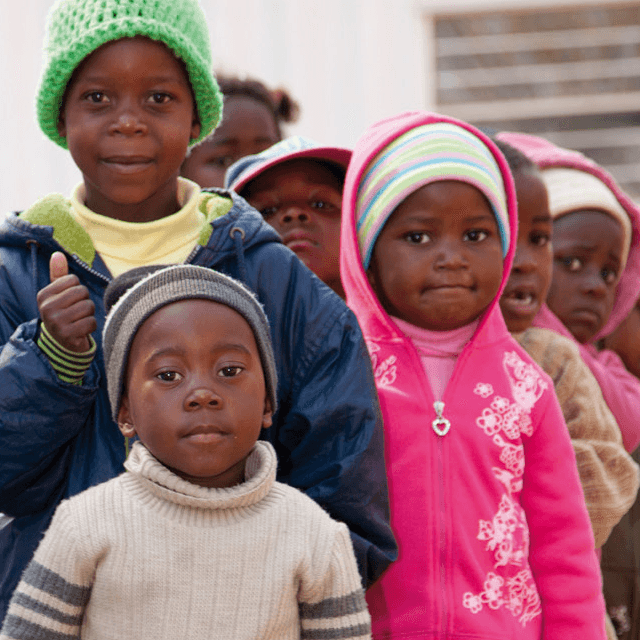 Children at the Little Diamonds Pre

This year Jo'burg Child Welfare celebrates its centenary and Carte Blanche executive producer George Mazarakis and the Development Bank of South Africa were there to give them a big present.

George Mazarakis (Executive Producer: Carte Blanche): 'It's fitting that we have, at your birthday, to hand over two fairly substantial donations.'

Phineas Phiti is manager of Othandweni, a home for 90 orphaned and abandoned children in Soweto. Until this donation all they only had one old vehicle.

Phineas Phiti (Othandweni Family Care Centre): 'It has come as a wonderful gift for us... transporting kids to the hospital. As a young child you want always to be proud of what your parents are having.'

Bongani Bingwa (Carte Blanche presenter): 'Well, there are four-year-olds saying, 'It's our vehicle! It is our car!''

Phineas: 'Yes, I mean, you know, everyone will say, 'You know what, tomorrow to school it is us in that vehicle!' That excitement that they have...'

DBSA really came to the party. They also donated hundreds of chairs and tables to Jo'burg Child Welfare. Mahlako Kotsi is the manager of Masibambisane, a day care centre for orphaned and vulnerable children in Eldorado Park.

Mahlako Kotsi (Manager: Masibambisane Centre): 'One of the best things I kept dreaming about is having tables where they can sit when they are doing their homework.'

And the bank also paved all the old muddy walkways at both Othandweni and Masibambisane.

Mahlako: 'That's a cherry on top let me tell you because, as you can see as you walk in our centre, it is neat. We are no longer worried about the mud. You know, as kids walking I think it will be... it's looking marvellous.'

No item was overlooked from office furniture, digital cameras and even outfits for the young karate enthusiasts.

Bongani: 'For the corporates involved in Making A Difference Campaign it's not been just about signing a cheque and walking away. But they've spent time and effort and been involved every step of the way.'

[Addressing children] Rosemary Mangope (Divisional Executive of Communications, Development Bank of South Africa): 'And people call you 'disadvantaged'... look at yourselves, you are so beautiful.'

Rosemary Mangope is the Divisional Executive of Communications for the Development Bank of South Africa, a big donor to the campaign.

[Addressing children] Rosemary: 'Because how can we live in a community that is lacking and call ourselves 'privileged'. Privilege is making you thrive so thank you for making us part of your lives.'

Rosemary: 'Children have got the most to gain so you can imagine if we start early, investing in the little ones, we can actually have a much more successful society. But the worst is that you can fold your arms and not get involved. And I'm really honoured to be part of an organisation that cares about development and cares about the impact that it's making to people.'

Bongani: '...and making a difference?'

Mahlako: 'Our lives is going to be so enriched and I think the key since the centre became renovated, you can see the pride that they have. It has such a positive impact on them because they now feel proud of the centre. It has really made such a difference... they realise that people out 'there' really care for them.'

And the caring didn't stop there. 70km outside of Johannesburg another charity, the Johannesburg Parent and Child Counselling Centre, services the desperately poor community of Schaumberg. Jacqui Michael is the director. 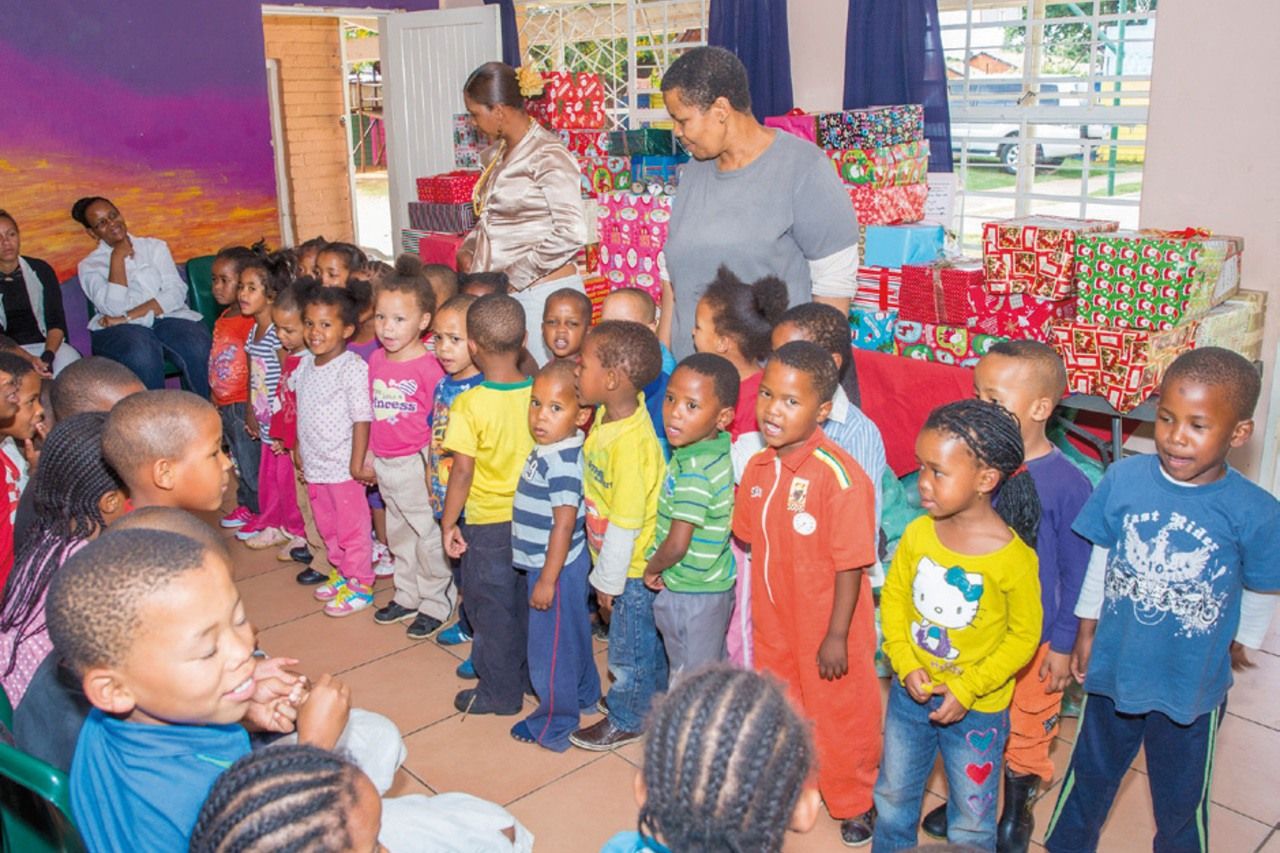 Jacqui Michael (Director: JPCCC): 'When we came to Carte Blanche we were at the end of our tether in terms of being able to carry on providing services. We certainly were not able to expand anything. We literally had very little money for salaries and we were quite desperate.'

It was a little over a year ago that Gavin and Larry Brown of Browns Jewellers were so moved by the plight of the children at Schaumberg that they donated a million rand. They came to see how their money has been spent.

Larry Brown (Browns The Diamond Store): 'To me the most noticeable difference was the expression on the faces of the kids. Before they used to, they had these sullen faces, and now I'm just seeing joy and laughter. And it has to be because of the environment that the social workers are providing.'

Thanks to the Browns the Schaumberg community now has a new pre-school.

Bongani: 'A year ago many of the kids that are now attending this crèche would have been left pretty much to themselves at great risk with no one to look after them. Now they've been given a fighting chance and they're getting ready for 'big' school.'

And Jacqui has been able to train and employ a whole new team of people.

Jacqui: 'We now have team of seven people out here whereas before we had one. So it really has expanded.'

Bongani: 'You've more than doubled the number of people you are able to reach - how does that make you feel?'

Hellen Mahlase (Social worker): 'I feel more relieved as I can do more work in an effective way.'

Thanks to the Making A Difference Campaign, social worker Hellen Mahlase now has a fully equipped office and two other social workers to assist her. And that's not all.

Hellen: 'And we have cleaner, we have cook, we have teachers, and I think the programme has helped the community because it is job creation for them.'

And some of the mothers are have started their own vegetable garden. But its children like young aids orphan, Sina whose lives have really been changed.

[Carte Blanche September 2008] Bonita Gorrie-Nuttall (Carte Blanche presenter): 'Although she has been kept in the family Sina isn't receiving the best care. Her aunt is mentally handicapped and all seven of them survive on her disability grant. From what we can see, most of it is spent on alcohol.'

The bereaved and neglected orphan was doing badly at school but now, according to her teacher Edith Nkabinde, she has turned a corner.

Edith Nkabinde (Teacher): 'I see her improving. She is involved in her work, she's open and she's no longer talking about those negative things she used to tell about the family.'

Bongani: 'Hellen, how has life changed for little Sina since you were here last year?'

Hellen: 'Life for Sina has changed by the involvement of the social workers. And even here, at this school, they've realised that Sina, she's an orphan... They give her more support in the classroom. And even myself, going to the families - seeing the family twice a week - I think it has helped Sina to see that there are people there who are caring.'

[Talking to Sina] Bongani: 'What do you want to be when you grow up?'

Bongani: 'You want to be a nurse? Why a nurse?'

Jacqui: 'Probably this year we've impacted on at least another 1000 to 1500 people because of [the] Making A Difference Campaign. With Browns help now we will be able to run this school for at least another year. And then we'll be able to hand it over to the community because we will get it registered with the department of social development once it is running to our standards.'

These containers are fully furnished and equipped for the young pre-schoolers. Sylvia Sidyiyo is the head teacher.

Sylvia Sidyiyo (Head Teacher, Pre-school): 'They are living in very bad conditions. They are running up and down, others go to the tar road and get hit by cars, others - they lock their kids inside the shacks and they go to work. So this pre-school is really important because the kids can be safe with us until half-past-three.'

Since March, 41 children have been enrolled in the pre-school.

Sylvia:' They can write names, they can read, count and sing... all those things.'

13 children are now ready to graduate to 'big' school and thanks to the campaign, by next year the number of enrolled children should more than double. The community are so grateful that they named the school in honour of Browns Jewellers.

Larry: 'You guys have created this environment... so thank you again to teachers for putting this together.'

And the cherry on the top for the children was a Christmas teddy - a gift from Browns Jewellers.

Gavin Brown (Browns The Diamond Store): 'To be able to make a difference to so many peoples lives and so many young people who are at the stage of their lives that is just, they are being formed, and to make a difference at that stage is huge. And for us it is a privilege to be involved in that.'

Larry: 'It's no one individual. It's a real effort. It is about the people who sacrificed their time, it's about Carte Blanche that brings it all together, it's a huge group effort, and its community.'

Bongani: 'What's your message to the people who make this possible?'

Sylvia: 'My message is it shouldn't happen at Schaumberg only. It should go spread to other communities like ours. We are so very grateful - both the teachers and the parents.'

Video
CB20: Baragwanath
Research shows that children of teen mothers are pre-disposed to birth defects for a variety of reasons, including socio-economic ones. And doctors at Chris Hani Baragwanath Hospital say disorders are becoming more common - so no better time to receive a brand new ICU from the Carte Blanche Making A Difference campaign to treat babies desperately in need of specialised treatment. Aired on 13 May 2012.
Video
CB20: BHP Billiton Paediatric Centre of Excellence
A special broadcast from Durban, where things will never be the same at King Edward VIII Hospital. That’s thanks to BHP Billiton and the Carte Blanche Making a Difference campaign who have handed over to the Department of Health a brand new hospital, financed by the private sector. It began in 2008 as an idea to celebrate Carte Blanche’s 20th birthday and it became a campaign bigger than anyone ever imagined. Aired on 10 June 2012.